How former Lady Eagle, women of TITAN showed artistic side in latest campaign

MADE for women - by women.

TITAN's most recent campaign for the International Women's Month optimized a 100-percent female talent, made possible by a 17-woman team that worked behind it. 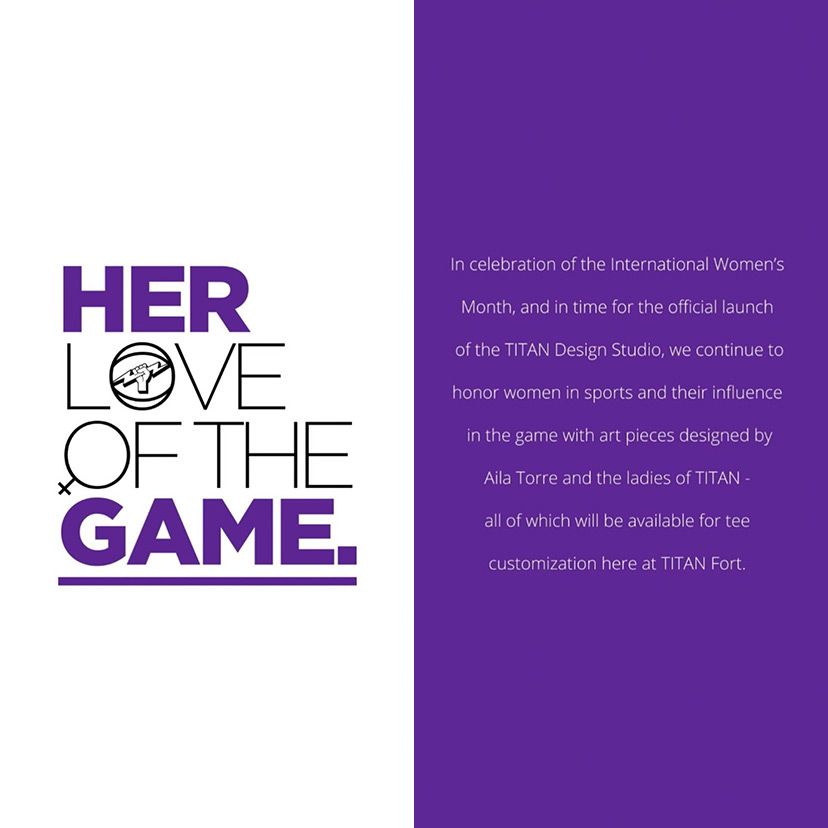 From brainstorming to execution, the women of TITAN did all the dirty work to carry out the "Her Love Of The Game" collection this year, and to mark the official launch of the TITAN Design Studio, an in-store feature allowing tee customization.

Of course, the athletic brand tapped a female designer to lead the project. And there's no better fit for the role than local visual artist and basketball player Aila Torre.

Torre is a former Ateneo Lady Eagles member, who now pursues a professional career in the field of art. For long, she's been outspoken about fighting against the gender disparity that is ever present in her sport, the same plea TITAN shed light this women's month.

"Just to be able to represent women, share what we can bring to the table and express our love for the game is a huge win. This is special to me in ways more than one," Torre wrote on Instagram, airing her gratitude to the brand.

Joining her in conceptualizing the designs for the launch of the collection are the women of TITAN led by Isabel Perdigon, Junior Content Specialist, and Via Bergantinos, Consumer Experience Manager.

Formed into two teams, each produced a design of their own to represent the actual contribution of the women of Titan to the collection.

"Usually, it's the men who design the tees for the brand. But this time, we were given the opportunity and liberty to make designs for women," Perdigon told SPIN Life.

Female team members from different departments of TITAN joined forces to make it possible. Perdigon said they were given a short, but sweet two weeks of preparation.

"Since the beginning of the campaign, it were just us. We had brainstorming sessions and actual productions. Through this, we can feel united as women who feel the same love for the game," she continued.

While Torre produced five designs, the women of TITAN made three. One of which is a shirt anchored on women being "Cultural Game Changers", an idea that evolved from their team. 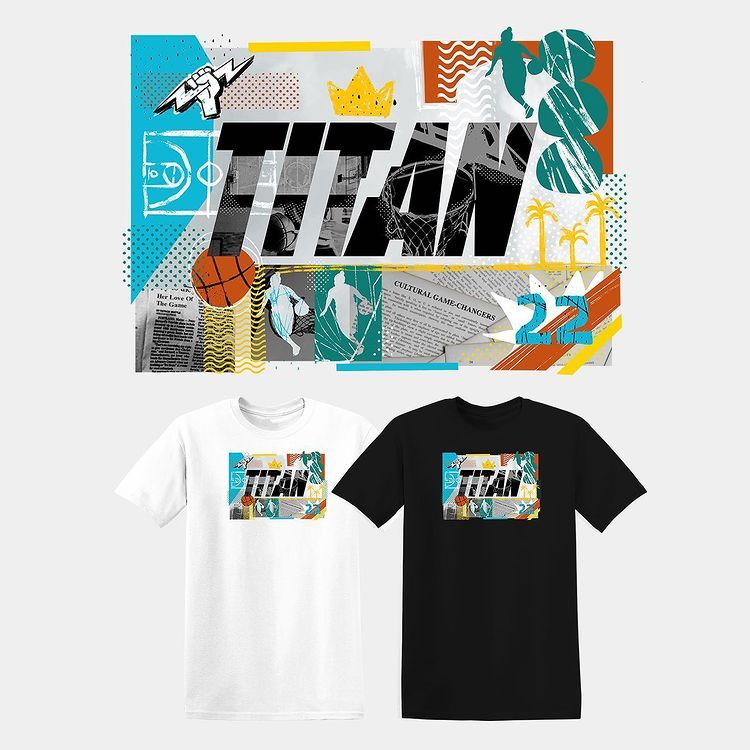 Perdigon explained: "We'd like to think that whenever we wear these shirts, we are women who wanted to change the game. We wanted to be reminded of who we are."

The #HerLoveOfTheGame collection is available until the end of the month. Customization of the tee designs and patches anchored on own preference is also possible. Prices start at Php1,495 per shirt.

However it was launched in March, Perdigon assured TITAN will continue to sustain the initiative of celebrating ladies at any given time.