How do shoe deals work in the PBA? Agents speak

GROUNDBREAKING was Kiefer Ravena's signing with Jordan Brand as he becomes the first Filipino athlete to be under the company's umbrella.

The NLEX star guard becomes the third Asian to be part of the prestigious brand after Chinese playmaker Guo Ailun and Japanese forward Rui Hachimura.

But how different is it to the other shoe deals in the country?

"Most of our deals in the country are through an ex-deal agreement," said player agent PJ Pilares of Titan Management Group (TMG).

CJ Perez, Javee Mocon, Isaac Go, Jamie Malonzo, and Dwight Ramos are just some of the players under the TMG umbrella.

Marvin Espiritu of Espiritu Manotoc Basketball Management (EMBM) explained it further, noting that in the Philippines, there are three kinds of shoe deals.

Espiritu though, said that the third kind is rare in the country.

There was a time before that cash is part of a deal for any players under contract with a shoe brand, although Espiritu noted that times have indeed changed. "Mga early 2000s, ganoon ang set up. Pero iniba na rin nila."

Pilares agreed. "Only a few have deals involving cash these days," he said.

Player agent Charlie Dy also added that contrary to everyone's assumption, not all PBA players have live contracts with a shoe brand.

"I think wala pang 50 players sa PBA have shoe contracts," he said. "Some are just seeded, so they get products once in a while."

Dy, who was the longtime agent of Jimmy Alapag and also manages the careers of PBA stars Chris Ross and Chris Newsome and collegiate stalwarts Ricci Rivero and Carl Tamayo, among others, added that only those who are under contract receive monthly care packages from the brands themselves.

Still, the agents understand that these deliveries are still up to the brands themselves.

Lucky for the PBA players, brands have been bullish in stamping their way in the Philippine market, giving the traditional bigwigs like Nike and Adidas a run for their money.

Under Armour has emerged in the local scene over the past few years, signing guys like Robert Bolick and Allein Maliksi. 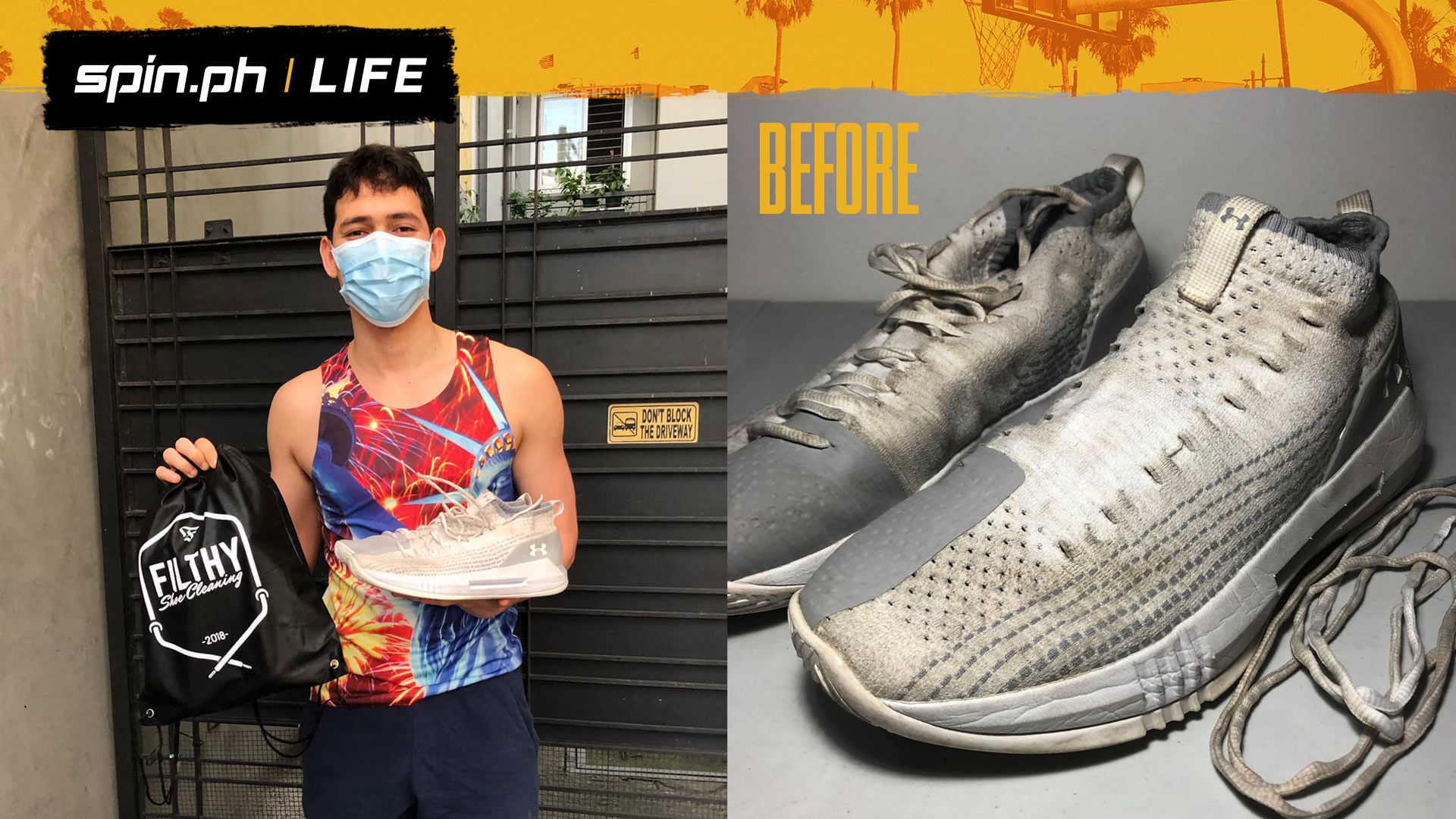 Who could forget the Chinese brand Peak, who got super scorer Terrence Romeo to its fort and even released his own signature shoe TR 1 in 2017.

And just this year, Philippine brand World Balance has agreed to a major deal with Scottie Thompson and has plans on launching an own sneaker line for the Ginebra guard.

It's no different in the past where brands like Reebok (Mark Caguioa), Accel (Asi Taulava), and Kaypee (Alvin Patrimonio) secured PBA stars to endorse their sneakers to the masses.

The agents, though, argued that shoe deals require separate negotiations on its own, just like any other endorsement deal.

"Your sponsorship will always be based with your performance," said Espiritu. "At the end of the day, ang pumipili ng athletes nila is the brand. What we do as agents is we pitch them who we feel, who we think maganda ang ilalaro. Kasi kung hindi ka magpe-perform, bakit kita pa-pipirmahin?"

As for Ravena's deal, the signing with Jordan Brand truly is a monumental move that is comparable to that of another Filipino great.

"It's similar to the deal of Manny Pacquiao when he was in Nike. This is the first time that Nike Philippines will have an athlete at the global level," said Pilares.

Dy ended, "Kiefer was the first high school player signed by Nike. And being the first Filipino and the third Asian to be signed by the Jordan Brand truly makes him above the rest."
___