These were the style MVPs of the PBA Finals' Game 4

THE BACKCOURT was the runway for these 2019 PBA Governors’ Cup Finals protagonists, who arrived at the Big Dome in their best outfits for Game 4 of the Ginebra-Meralco match-up.

Some kept it casual. Others dressed it up. But who took home the style MVP honors? 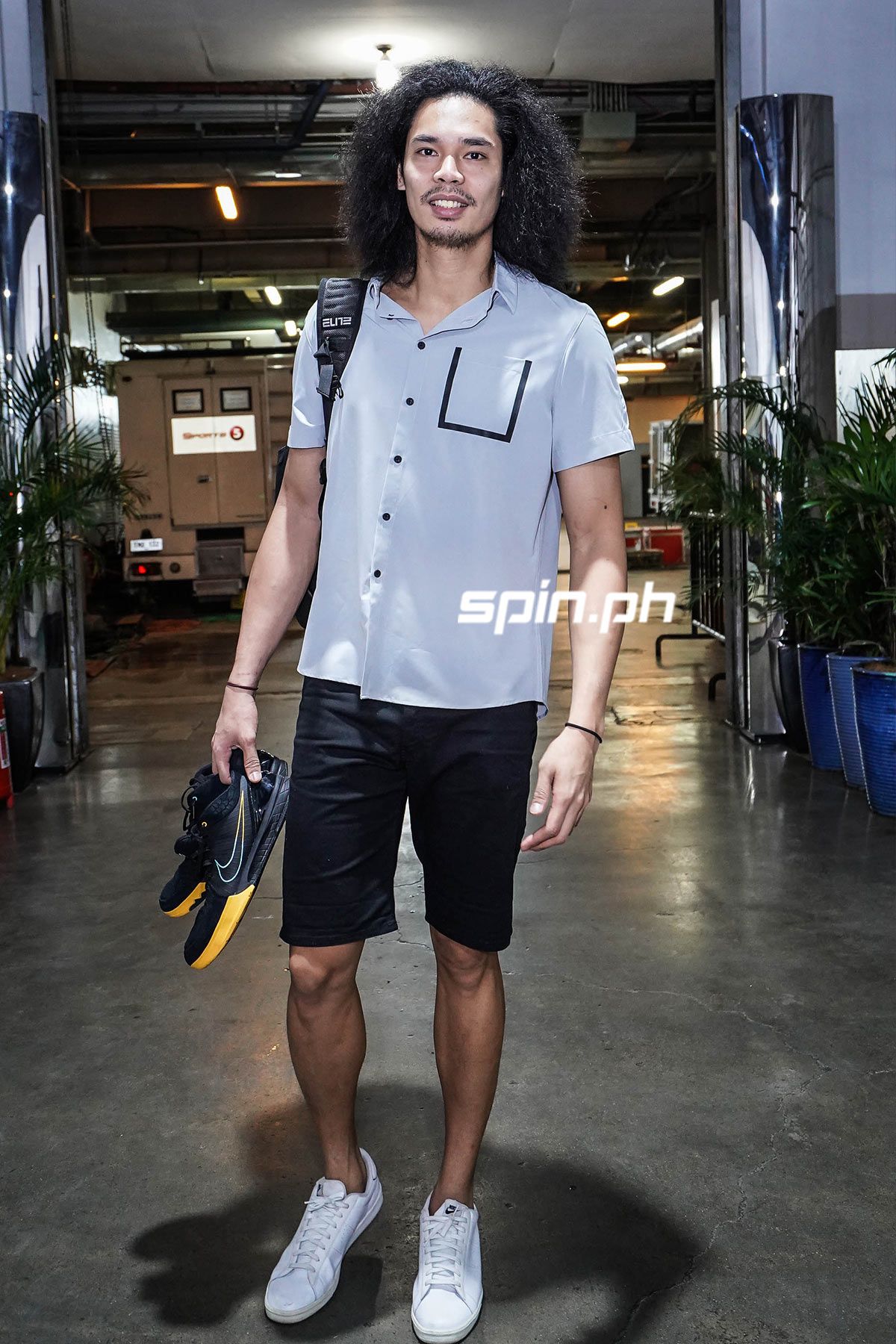 Letting his hair down for the pregame, Japeth Aguilar kept it monochromatic and laid back, with a dark gray short-sleeved polo with pocket, a black pair of shorts, and white sneakers.

“I like it simple, and I’m very keen with the colors. It varies sa season and sa day. I like to look at magazines for inspiration. This is my ‘pretty chill’ outfit,” he said.

Before he bagged Best Import honors, Allen Durham already made a splash in the backcourt, arriving at the Big Dome with a statement shirt, black pants, and black high-cut sneakers.

“Chris Newsome is my style inspiration," he said. "This is his shirt. The writing is very inspiring, it tells you not to be the same, and [to] be your own person."

Sporting a designer brand’s low-key colors is Scottie Thompson, wearing a Gucci GG sherry line baseball cap paired with a creamy beige plain shirt, white shorts, and a white Gucci chunky silhouette. It was his girlfriend, he said, who styled his outfit.

“Ito daw suotin ko sa finals," he said. "This is my chill look." 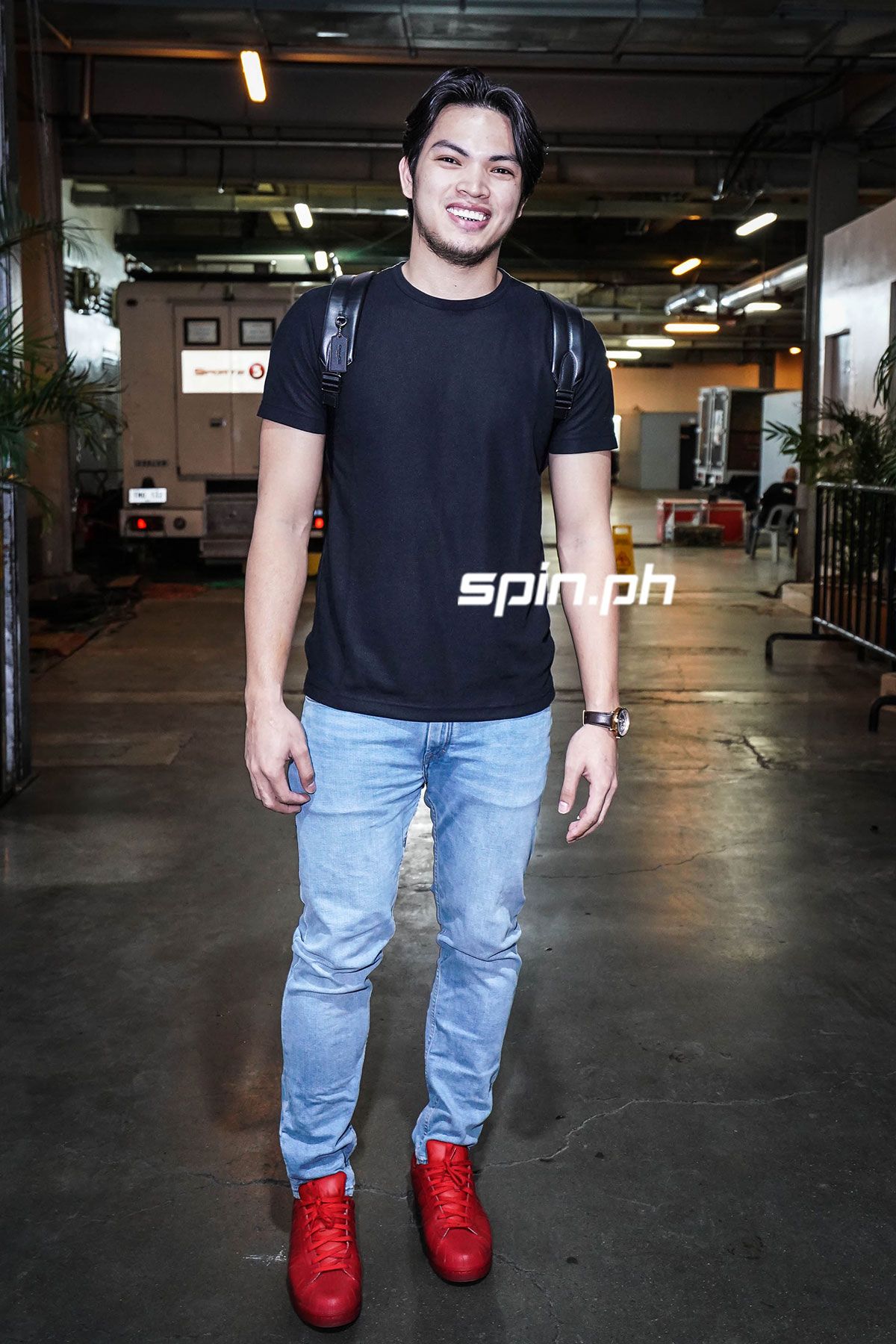 Bong Quinto’s chill outfit of the day was a plain black shirt, acid-wash jeans, and some spicy all-red kicks. 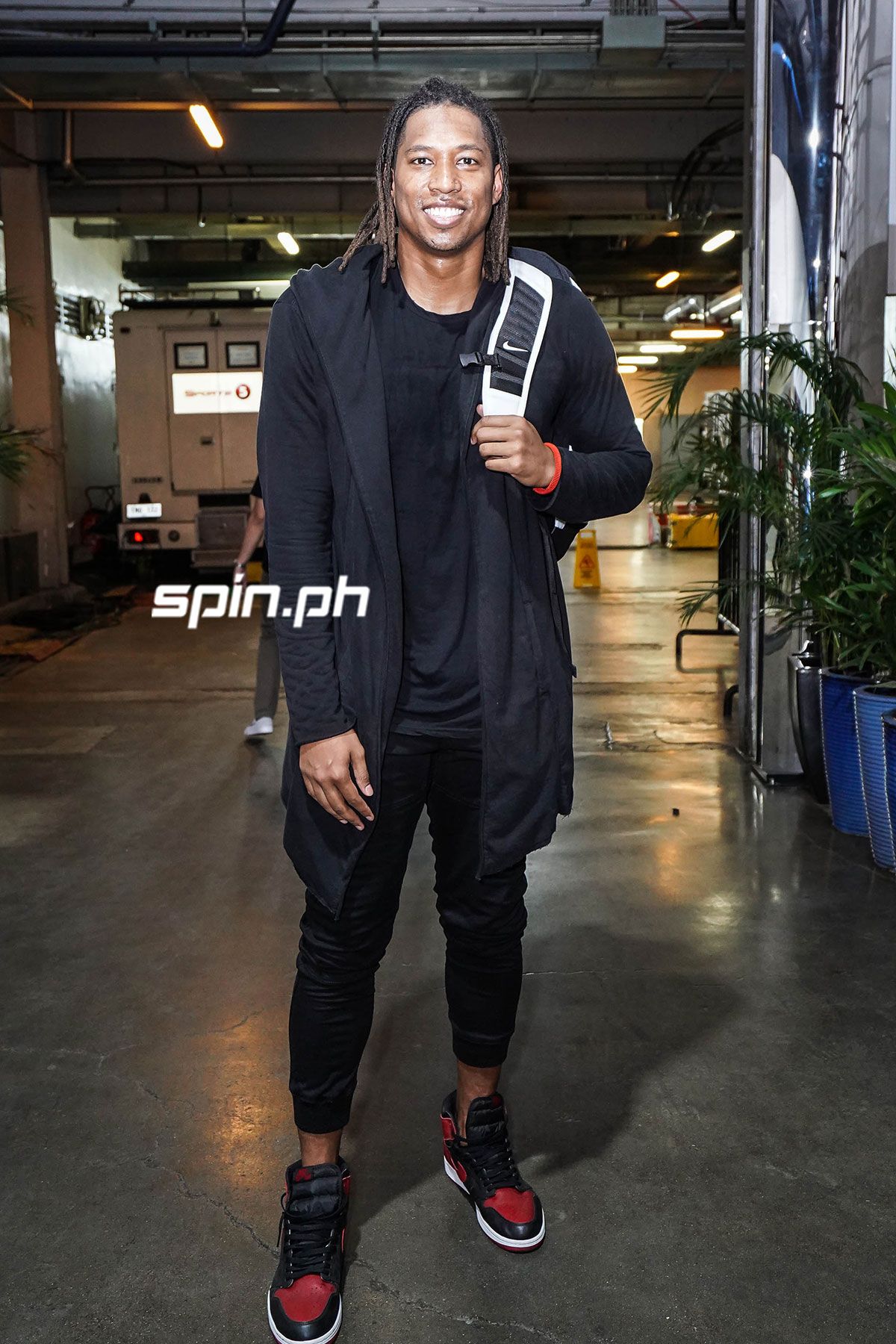 “Chris Ross is my idol when it comes to fashion. This is my game outfit,” he said. 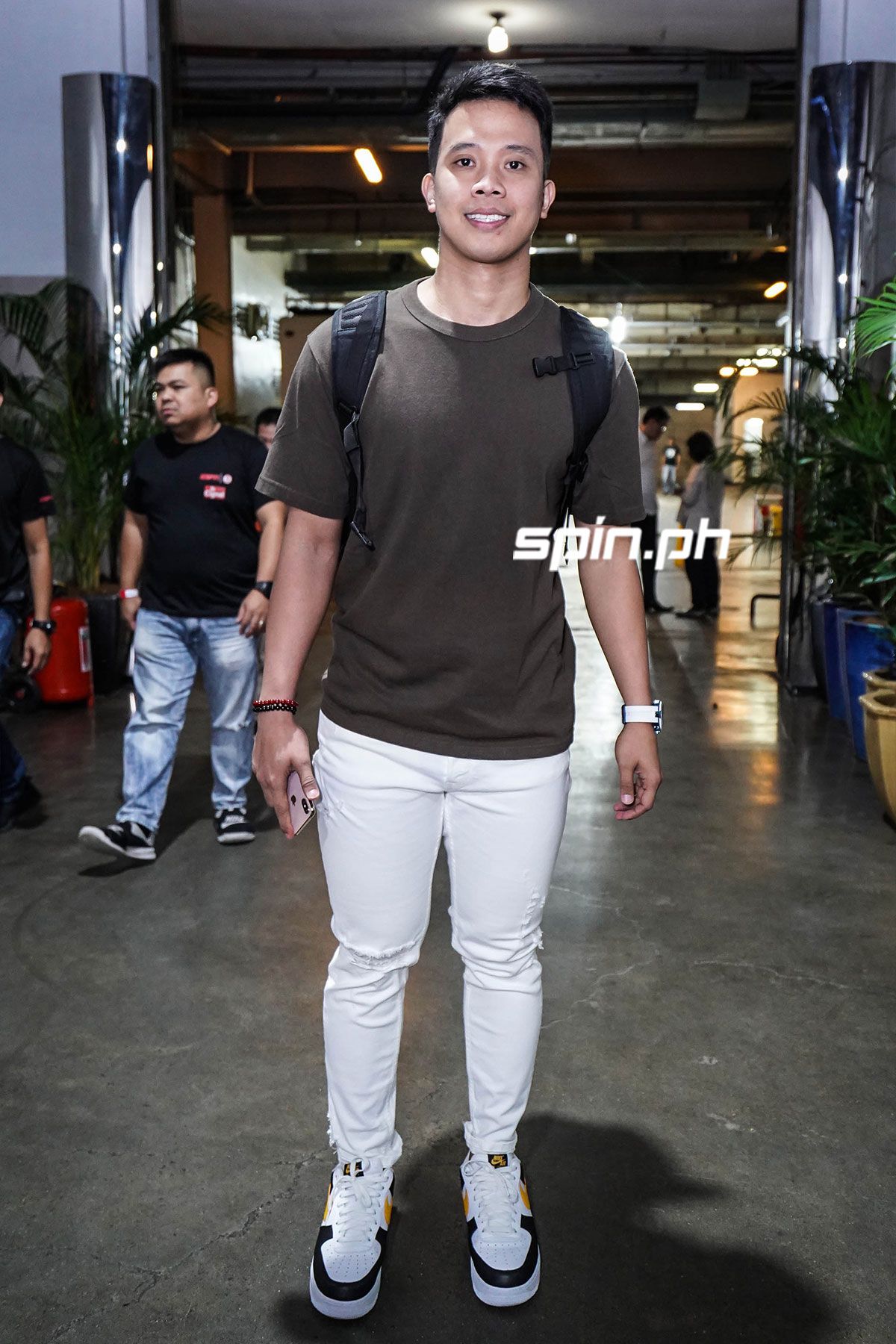 Some people say it isn’t easy to pull off white pants. Not for Baser Amer, who paired his neat whites with an army green shirt and a Nike Airforce 1 Low Taxi White Black University. 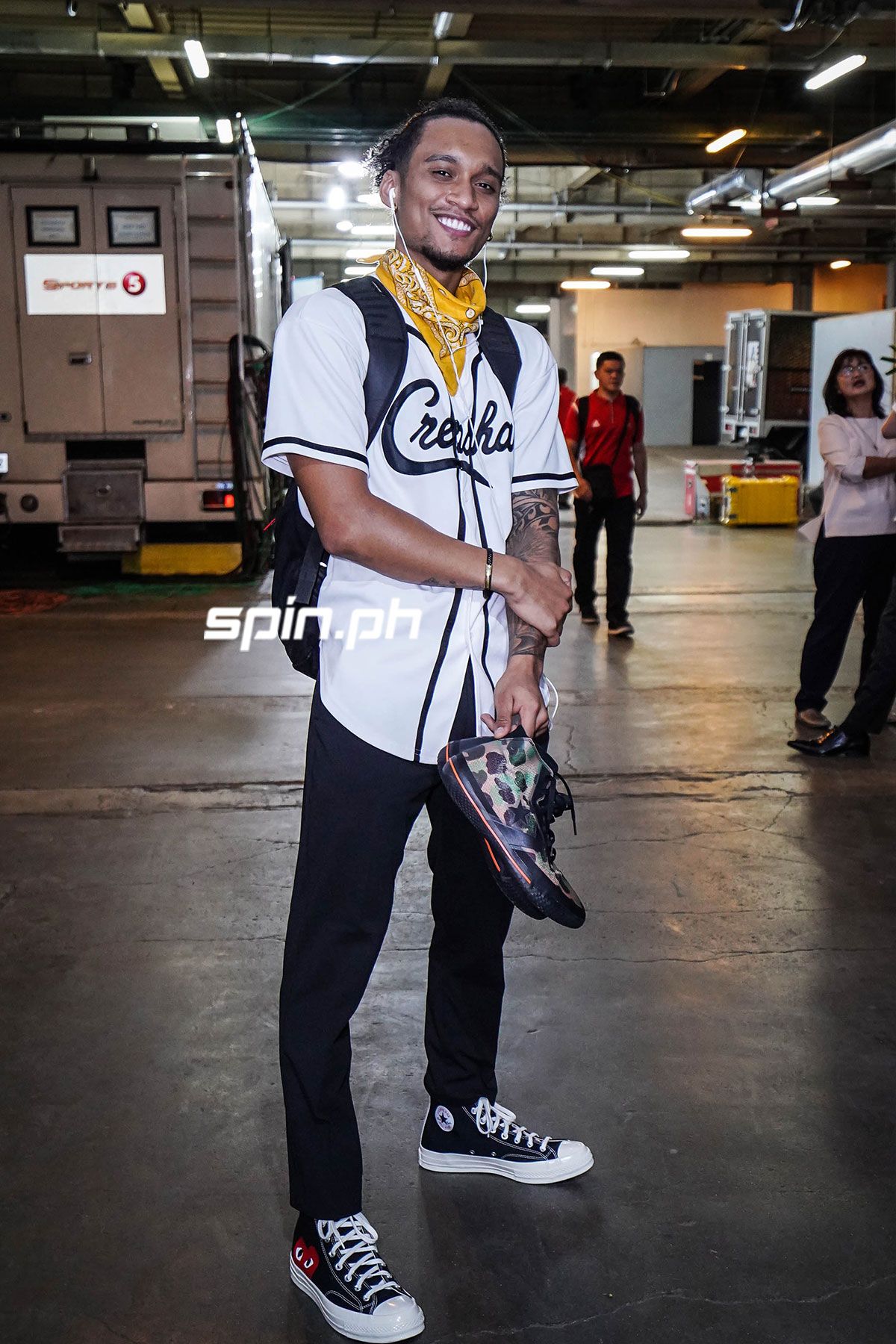 As a huge fan of the time-tested Converse Chucks, Trevis Jackson knew exactly how to give the classic silhouette a twist. Wearing a white baseball shirt, dark skinny pants, and a yellow bandana on his neck, Trevis shared that he put a lot of thought into his OOTD, which also pays tribute to his favorite rapper.

“I love fashion and I love dressing up when I can. Today’s a special occasion, my first finals. This is my everyday swagger look, representing Nipsey Hussle,” he said. 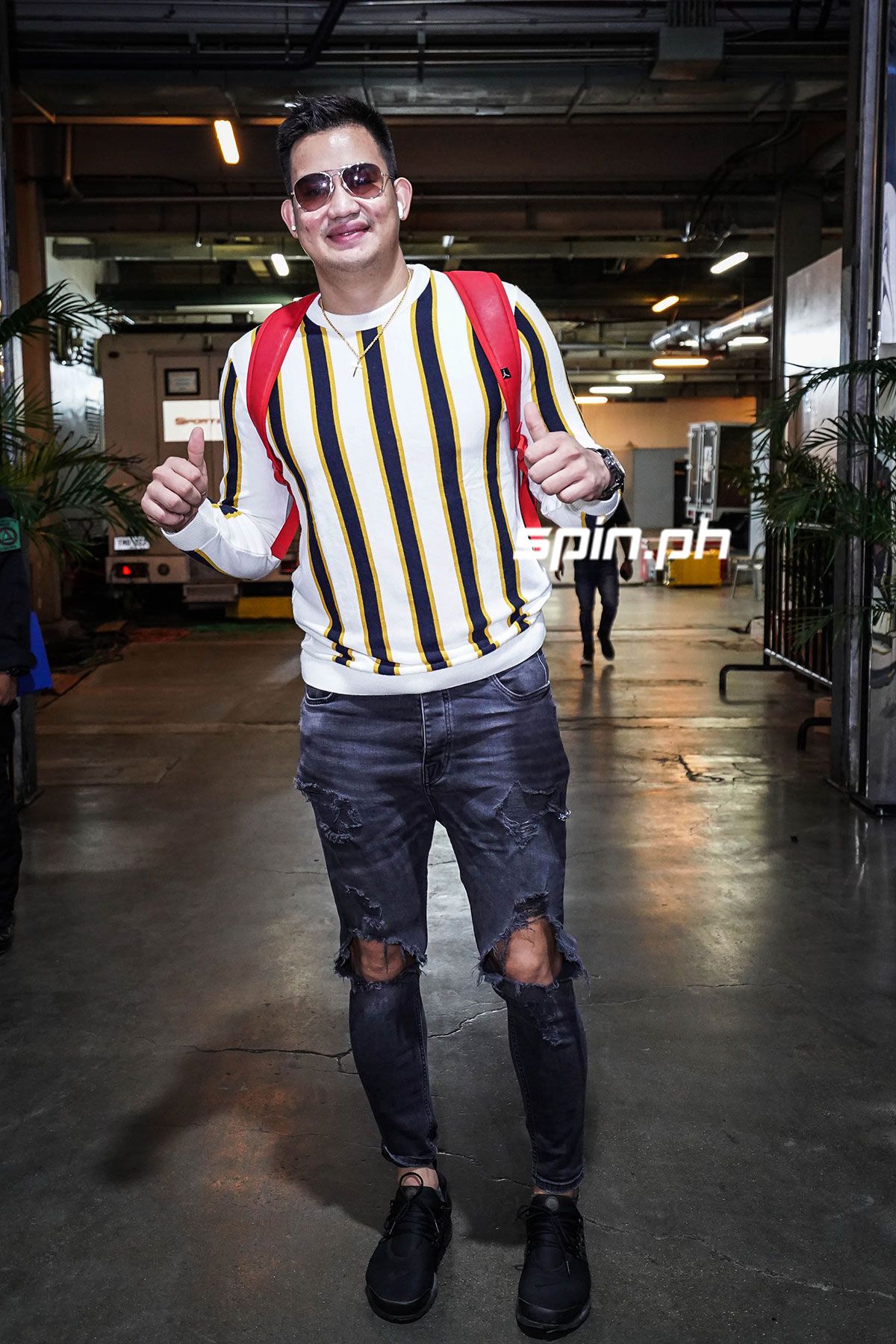 Out and about is the name of the game for Raymar Jose’s outfit, sporting tattered jeans, a patterned sweater, all black shoes, and a bright red backpack. He also kept his shades on to complete his look. 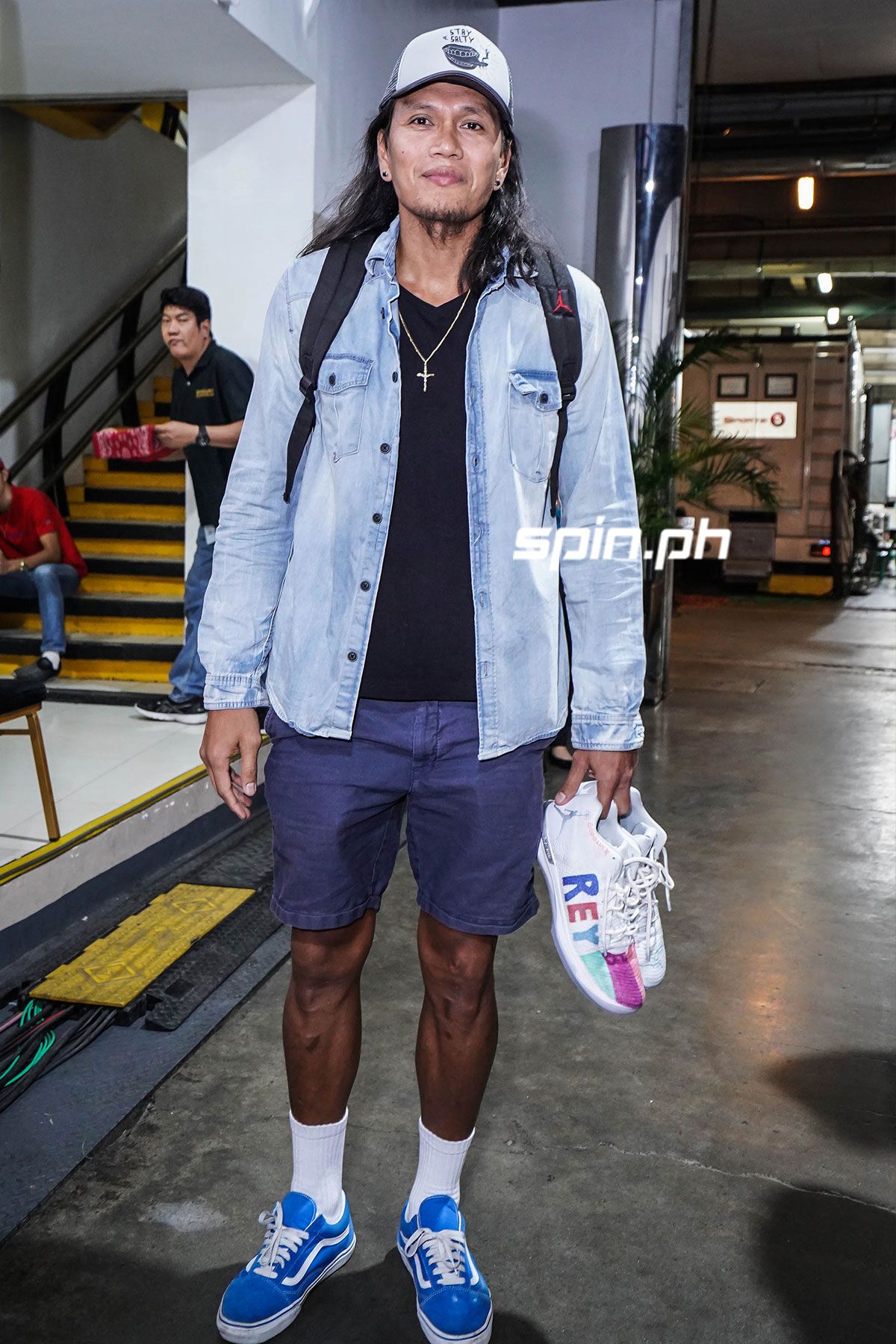 Reynel Hugnatan was a true rock star on Game 4's pregame runaways, with a denim jacket, a big cap, a skater shoes, and an eye-catching silver crucifix. Of course, he also wore his hair down.