This is how fit Dondon Hontiveros is at 43

IT'S been three long years since the Cebuano gem Dondon Hontiveros capped off his two-decade professional basketball caree. The Alaska Aces was his final pit stop in 2017 before he hung up his jersey for good.

But looking at his recent fitness updates, you'd think that almost no time has passed for the 6-foot-1 former shooting guard.

He can still dunk, even.

So what's deadly shooter's secret? Just strict self-discipline, both for exercise and diet.

"With my unpredictable schedule, it's hard to get a consistent workout," the now-Cebu City councilor told SPIN Life. "So, the best time is before I got to the office, and I try to do it every other day. We have all the access to trainers/coaches and their videos in social media. I follow some that have good content."

The 43-year-old retired player shared that he's mostly focusing on doing high intensity bodyweight exercises that also count as his cardio workout. But whenever he has spare time at night, he also tries to squeenze in cardio before going to bed.

Alongside his fitness activities, Hontiveros also makes sure he has a controlled diet and proper sleeping habits.

"We all know that getting a good night's rest is the best advice as well as eating right. I'm into intermittent fasting, but [I only did it] gradual until nasanay na ang katawan. I think it's not for everybody, but being healthy is for everybody, especially in these times," he continued. 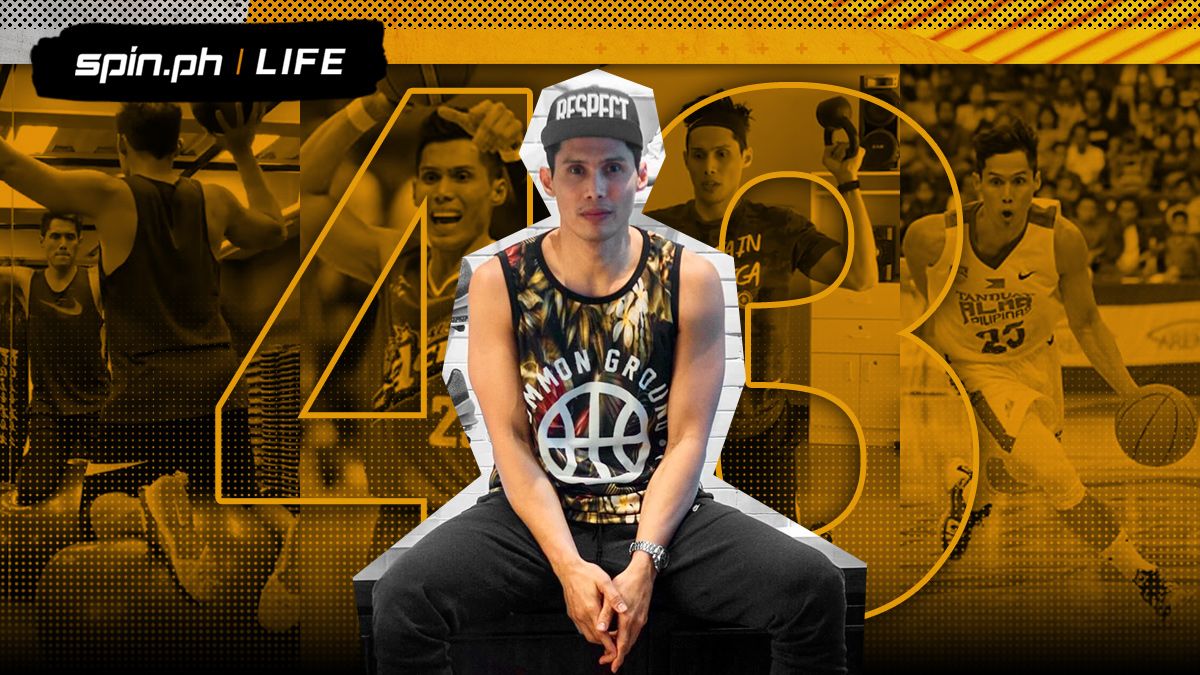 Fueling all these self-regulations to stay fit is his plan to go back courtside, but this time, as a professional mentor.

"One of my goals is to be a PBA assistant/skills coach so dapat fit pa rin, just in case," he revealed.

He also gets extra motivation whenever he sees his son, Isiah, do workouts as the De La Salle University Green Archers keep in shape during the pandemic.

"Since he's joining La Salle's morning sessions, sinasabayan ko na lang siya, or I do my workouts while he does his with the team," he said. "Before he joined their online workout, we worked out when I get home from work. Late kasi siya natutulog dati kaya sinasabayan ko na lang sa gabi. We would do cardio like sprints and jogs, we do some strength exercises on some days and explosiveness on other days."