This is how Fitbit rose to become a top fitness tracker

THE credence of the 10,000-steps a day as the standard for ensuring a healthy lifestyle has long been contested. But whether you believe in it or not is already beside the point. This controversial "scientific claim" has already helped usher the age of smartwatches and fitness trackers. And listed company Fitbit may have benefited the most.

A Historical Look at Fitbit

Today, Fitbit is the top-of-mind brand of anyone who has or wishes to get his or her first smartwatch. The company sold over 27 million devices last year, and is already looking into becoming a critical player in the health insurance space. The company has not always been this large in scope and influence though. Below, we look back on how the once small startup helped millions worldwide count their steps.

One of the first lit up @fitbit prototype trackers circa 2009. Ignore the scotch tape holding everything together :) pic.twitter.com/bL6Xv3zbzN

It's hard to imagine now, but in 2009, Fitbit introduced itself to the public by launching not a smartwatch, but a clip-on. The first tracker released by FitBit's founders was a wearable device that the user can clip into his or her clothing, and could easily be mistaken as a flash drive. Similar to what its fitness trackers do now, the clip-on could track steps, calories burned and even sleeping patterns of the user. And all the data could easily be analyzed and seen in digital format through the user's online dashboard.

The company first caught attention at online technology magazine TechCrunch's forum in 2008, where the publisher presented and awarded promising startups. Back then, Fitbit was nothing but an idea of its two founders, James Park and Eric Friedman, both of whom had no background in hardware engineering. By the time they finished their presentation in the forum, they had 2,000 orders for the clip-on. 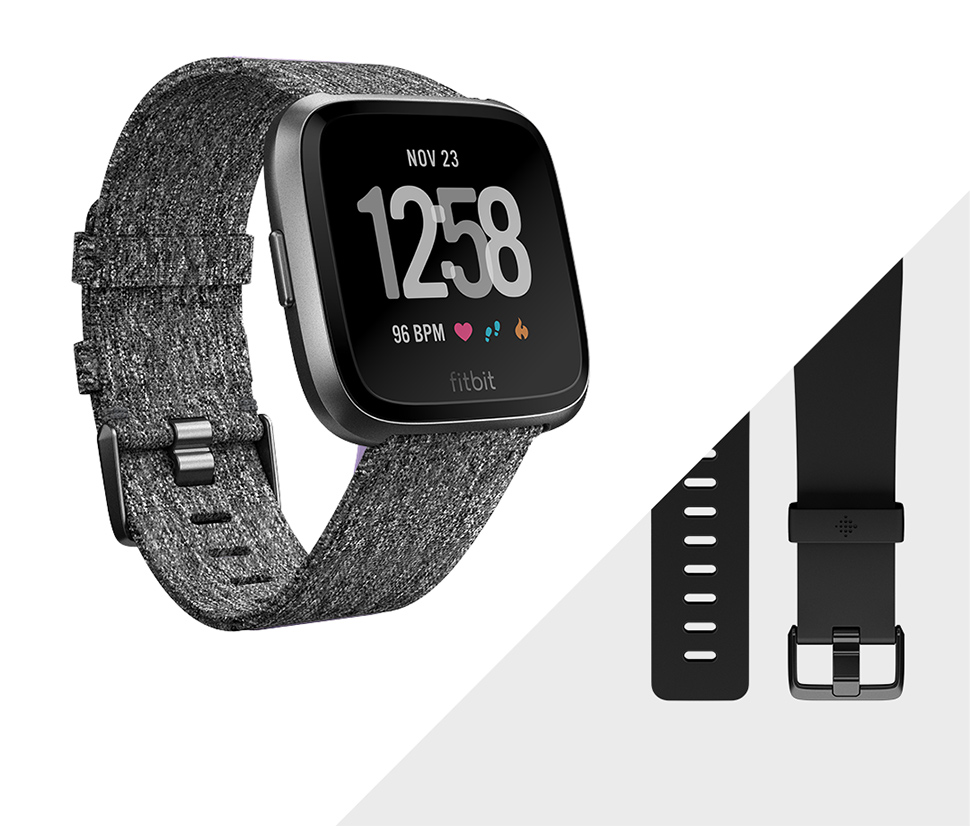 Fitbit continued to iterate that clip-on tracker until 2011, eventually giving it a formal name: Fitbit Ultra. There were a few tweaks made into the hardware, like new sensors enabling it to track the floors climbed by the user. But the biggest change it made was outside the device, it introduced a social aspect in its online dashboard.

While Facebook was gaining traction, and Twitter was the coolest hangout place of Hollywood celebrities, Fitbit was taking notes on the looming impact and power of social media. And so it enabled Fitbit users the ability to add friends on its online platform, letting them set up competitions by giving each other updates on the steps they've taken on a daily basis. Before Apple even thought of the iWatch, Fitbit already set up the app for its iOS users.

The company was way ahead of the competition, probably even too early, as the data collected and shared by the company at that time was ridden with privacy issues in the beginning. One of its most infamous controversies was user's sexual activities were found to be readily available for reading by the public, yes, even the calories burned in the process, too. But Fitbit's social platform has proven time and again that it's worth the intelligence investment as it continues to be one of the company's most endearing features and services until today.

Fitbit Moves to the Wrist

The year 2013, while hounded by challenges, was an important one for the company.

Early that year, Fitbit launched its first fitness tracker that can be worn on the wrist: Fitbit Flex. Sold for $99, it was one of the cheapest and most attractive trackers in the market that time. The company basically transferred all of its clip-on trackers' features into a slim, lightweight and waterproof wearable tech, that has colorful, interchangeable straps. And with its much-improved online platform and app, Fitbit became all the more attractive even to those that hadn't heard of it before.

Just months later, it introduced its first smart "watch," Fitbit Force, which didn't only show the number of calories burned by the user, but the time, too. It was a revolutionary piece of technology for a company that just four years before simply had a USB-looking device as its main product. 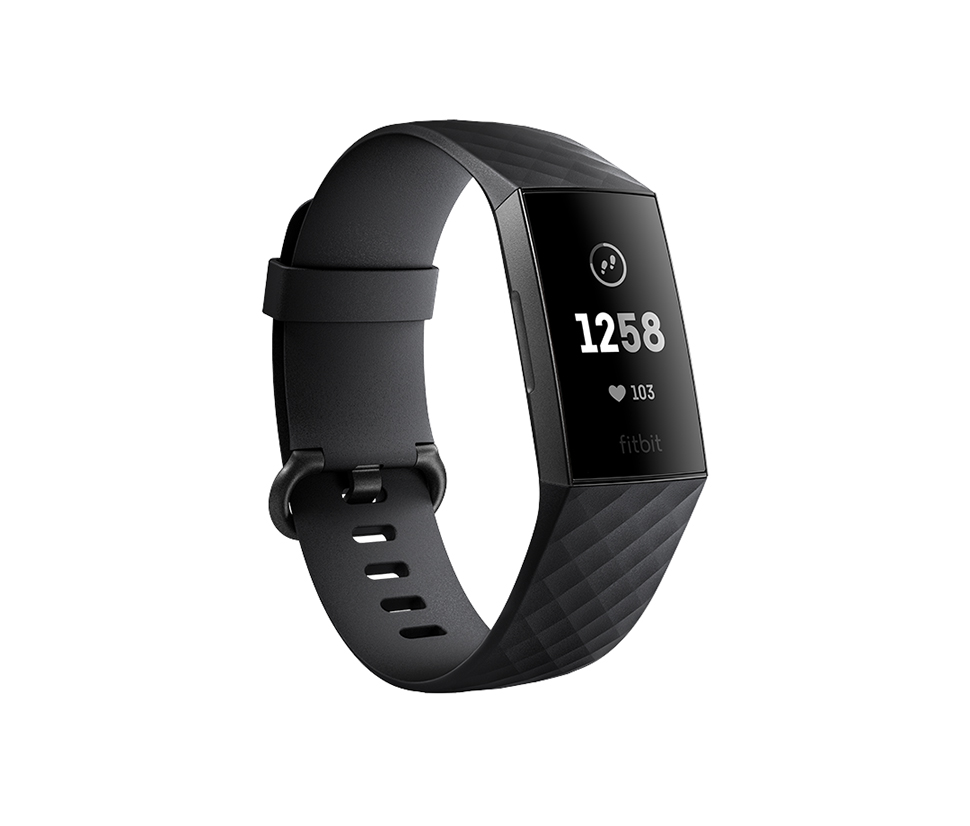 Unfortunately, it wasn't without issues. Months after it was released, the company had to recall Force from the market after customers complained of skin allergies from using the device. The company was quick in the resolve though, because by the end of 2014, Fitbit had acquired some 60-percent of the fitness tracker market.

And by 2015, the issue was all but forgotten. That year, Fitbit launched the devices that would anchor the company's listing in the New York Stocke Exchange and the very items that would remain as its flagship models in years to come.

Fitbit Introduces its Most Popular Product

Fitbit Charge was everything Force was intended to be, minus the skin allergy issues. It's the device most Fitbit users today first owned, with its complete fitness tracker abilities-it could count steps, calories burned, floors climbed and sleep-and with a larger screen to boot. Even now in 2019, the company continues to iterate the Charge. The latest model, Charge 3, has been unanimously chosen by critics as the best fitness tracker in the market today.

Meanwhile, the Fitbit Surge, which was introduced at the same time as the Charge, didn't quite age as gracefully as its contemporaries. It is technically the company's first foray in the smartwatch space as it is built with a GPS tracker as well as call and text function on top of Fitbit's basic functions. But it proved to have had limited features compared to other more advanced offerings of other brands like Garmin, for example.

Still, it was the product that served as the company's pillar to further innovate and improve its offerings. The company's popularity eventually waned especially when Apple started selling the iWatch. Software-wise though, the company continued to innovate its social media platform, eventually acquiring FitStar, a fitness coaching app developer, a feature that eventually merged with Fitbits apps. 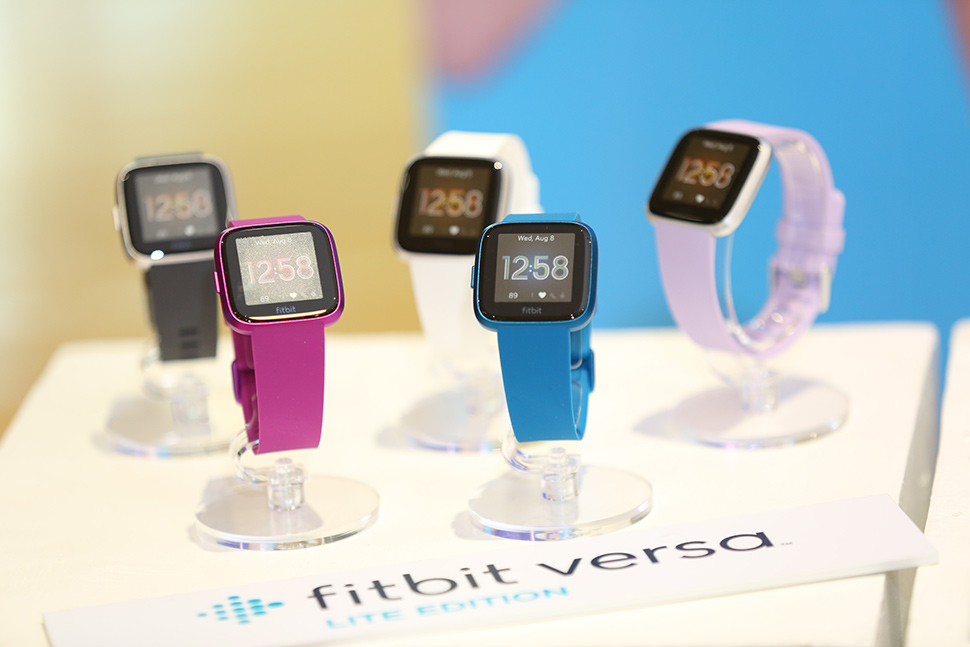 It took some time, but by 2018, it seems Fitbit was more than ready to challenge Apple's iWatch again. While Charge ultimately became its flagship product, its slew of smartwatches have not entirely caught on with the market. But with Versa, numerously dubbed as a "worthy iWatch competitor," the company seems to have hit a new stride.

For $200, the FitBit Versa has a lot of features to unpack. It can play and control songs through Deezer, a notable feature for runners. There are now more than 500 apps that users can install, including Strava and the New York Times. It doesn't have a built-in GPS tracker, but it's a feature that can be accessed if it's synced with a Fitbit app. Calls and texts, either coming from an Android or an iPhone can also be taken through the watch. It also helps that all these features are packed in a sleek smartwatch design, with an OLED screen only slightly wider than that of the iWatch 3. The Versa Lite version, sold for $160, hit the nail on the head for Fitbit, which, at a cheaper price, can rival the iWatch, too. The only feature missing is its ability to play songs. Other than, it's almost the same as the Versa.

By the end of 2018, Fitbit had sold around 27.6 million devices, emerging as one of the top fitness tracker brands in the US. That's around 70 percent more than the trackers it sold just two years ago.

The company is also now looking into diving deeper into the health industry, acquiring Twine Health, an online health coaching platform, just last year. In the near future, the company is hoping its devices and coaching programs will be vital components in the health insurance industry.