IT'S hard to get your share of the sneaker spotlight when you're teammates with the consensus NBA sneaker king (PJ Tucker) and the face of a major apparel brand (James Harden). But Chris Paul has established a solid enough signature basketball shoe line through the years to be in the same league as his more recognized Houston Rockets peers.

On Wednesday, the Rockets point guard rocked his latest pair, the Jordan CP3.XI, for the first time, against the hot Portland Trail Blazers, a team that has won its last 13. Of course, Paul sealed the deal by converting two free throws with 1.3 seconds remaining to end the streak, 115-111, debuting the CP3.XI's in triumphant fashion.

Whether it was the shoes or not, he made good account of himself with 22 points, eight rebounds, six assists, and five three-pointers as the Robin to Harden's (42 pts 6 reb 7 ast 5 3pt) Batman. No wonder the nine-time All-Star and Nike are calling the XI "the perfect basketball shoe," despite Paul's consistency in raising his level of play while wearing his previous 10 sigs.

The newest model was refined to his current game, which focuses on 'aggressive quickness, agile stop-and-go cuts and intelligent drives.'

"I've been doing this for a number of years now, and after learning about all of the tech and as I've gotten older, I now want my shoe to get lower and to be wearable right out of the box," said Paul.

First in Paul's set of priorities when it comes to the shoe's performance are optimal lockdown and traction, with the help of the midfoot strap and solid rubber outsole (a modified herringbone traction pattern that extends up to the medial forefoot), respectively. This allows him to execute those hard cuts and abrupt stops without fear of injury.

Next are maximum cushioning and responsiveness for the change of pace, the latter of which is achieved using a TPU plate under the lateral forefoot. In terms of comfort, the floor general stresses the importance of Zoom Air bags, adding, "I probably don't jump as high as I once did, but when I do jump the cushioning is always nice to have for the landing." 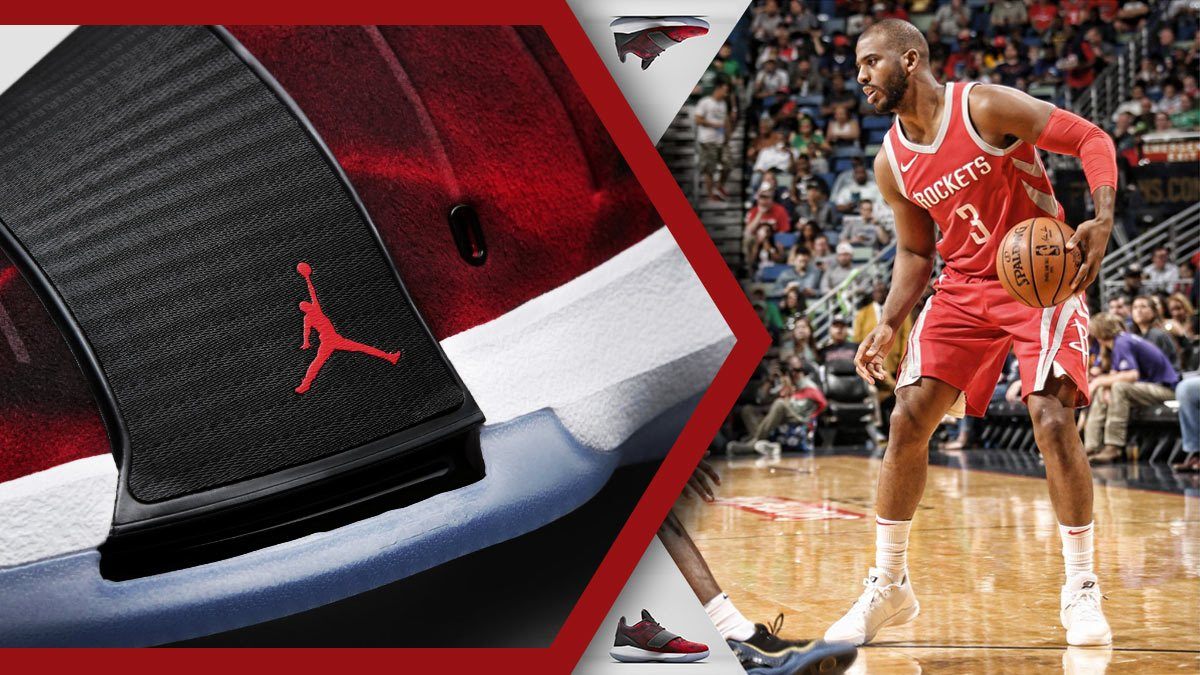 Lastly, his long-standing relationship with the company gave Paul, like any other Jordan athlete, an outlet to tell his stories—through the sneaker's aesthetic. From paying homage to his grandfather since his first signature kicks, to thriving in a new environment (Rockets are on top of the West), the XI represents how far the CP3 has come in his stellar basketball career.

Just like his personal brand, he is hoping to take things to the next level come playoff time, when him and Harden try to get over their postseason hump and lead Houston to a deep run.