MAJOR shoe brands from Nike to Under Armour often hitch their most innovative shoe platforms to their athletes under contract.

It’s not just a matter of marketing. (Though it certainly helps out visibility that a player in the world’s most popular hoops league wears your brand out to the court.) A signature shoe often showcases the manufacturer's newest technological leaps, especially in terms of cushioning and design.

Here’s every signature shoe out in the Philippines today, with prices and where to buy. We only counted the latest signature shoes, and only included sneakers from players still in active rosters (so no Jordans or Way of Wades here). Also, we only included sneakers that are currently (or will be) on sale in the Philippines, so our apologies to Anta Rajon Rondo fans. The list is arranged alphabetically by the player's first name. 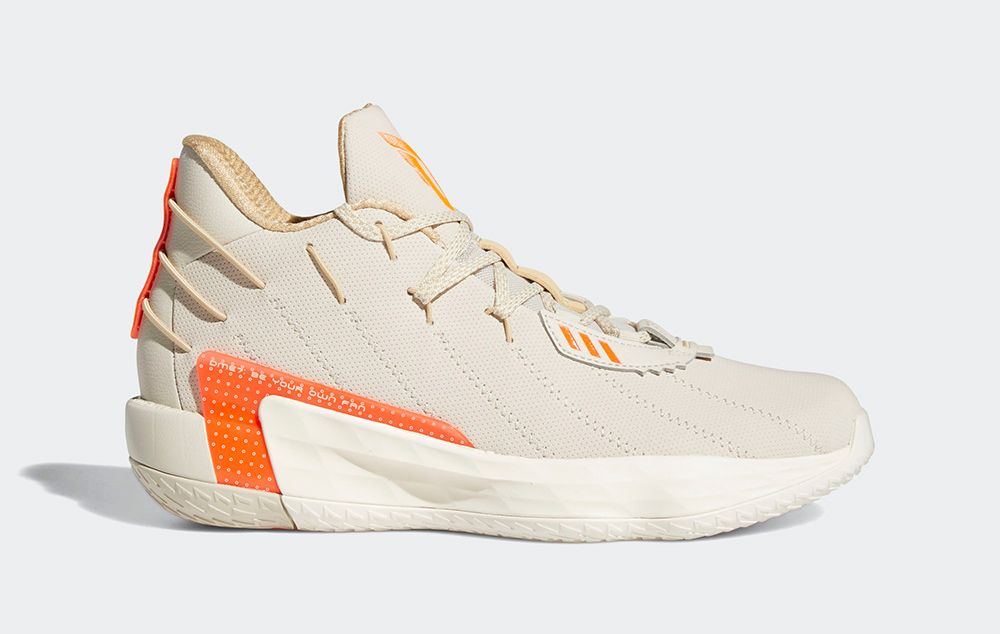 Damian Lillard made the unprecedented move of debuting his latest signature shoes on NBA 2K21, of all places. They didn’t stay digital for long, with the new brand-new Dame 7 hitting real-life stores soon after. A Lighstrike midsole and Supergrip rubber outsole form the base for a mesh upper that incorporates multiple stripes into its design. The first few ‘I Am My Own Fan’ colorways had text graphics on the heels, but later colorways have explored a variety of designs. 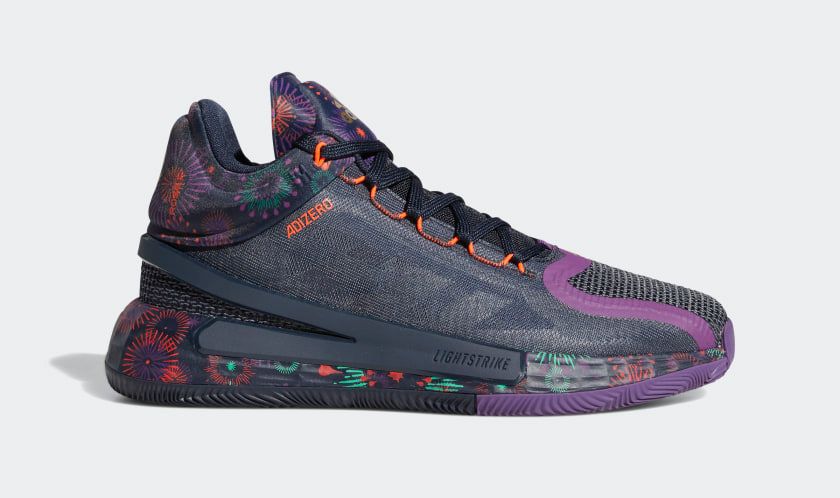 It’s been a consistent run of sneakers for Derrick Rose over at the Three Stripes. After 10 signature shoes, the D Rose 11 makes a clean break from the last model by debuting an all-new design. The uppers have a translucent Adizero material, which you’ll usually find in adidas’ running kicks. Thick seams block off each part of the shoe for added design flair. A Lightstrike midsole completes the 11’s performance setup. 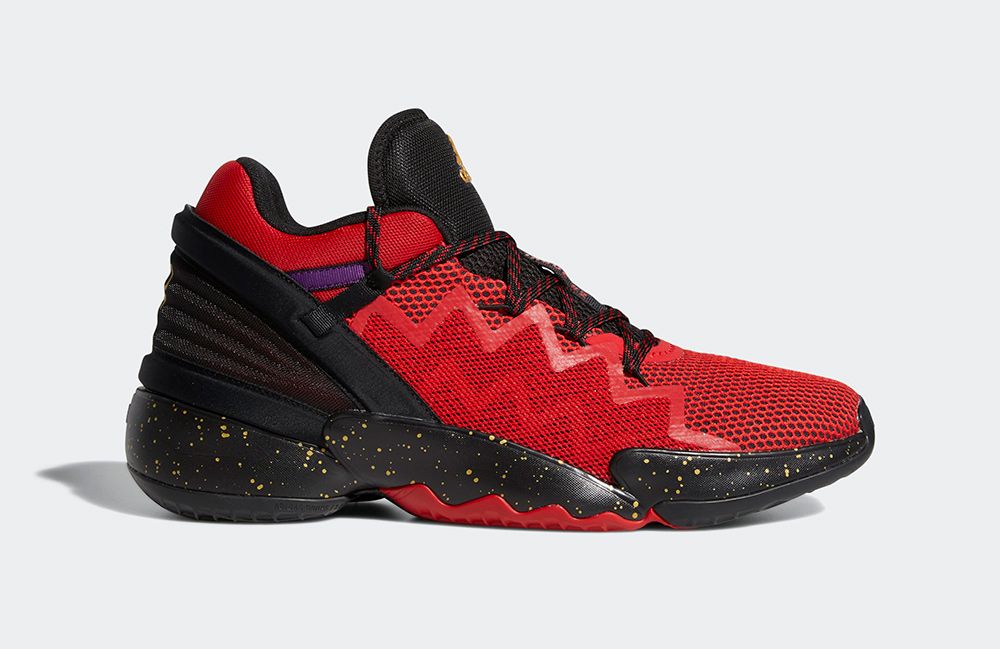 Did you know that “D.O.N.” stands for “Determination Over Negativity”? It’s also conveniently short for Donovan Mitchell, who said that he wanted his shoe to have “a purpose behind them.” Despite the serious message, the D.O.N. explores Spida’s playful side with its sunburst design and spider logo. Full BOUNCE cushioning and an engineered mesh are the shoes’ performance standouts. 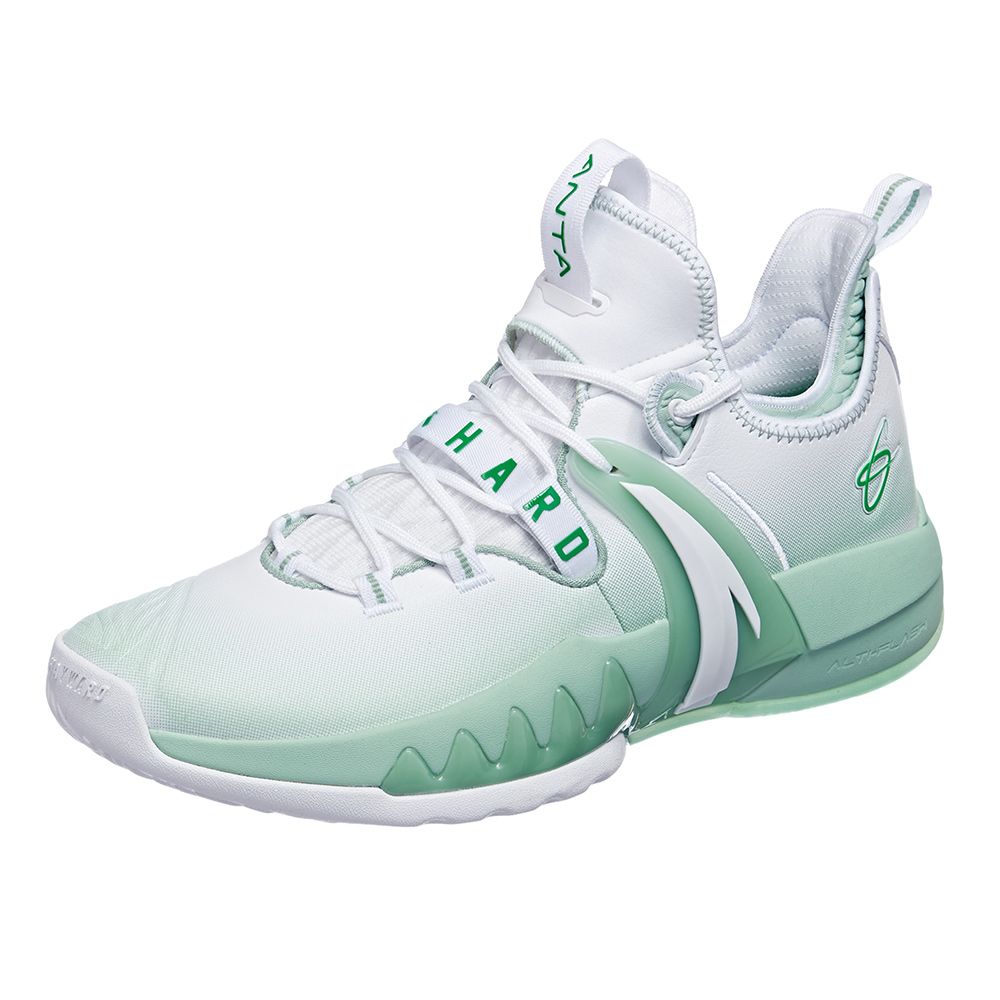 With his new contract under the Hornets, the green on this ‘Home Court’ colorway no longer matches the former Celtic. But no matter. As in fellow Anta signee Klay Thompson’s shoe, Gordon Hayward’s kicks features Alti-Flash foam. It also has an anti-torsion TPU material on the midfoot, while the “tiger tooth” design on the side doesn’t just give the GH2 a distinctive silhouette, but added lockdown stability as well. 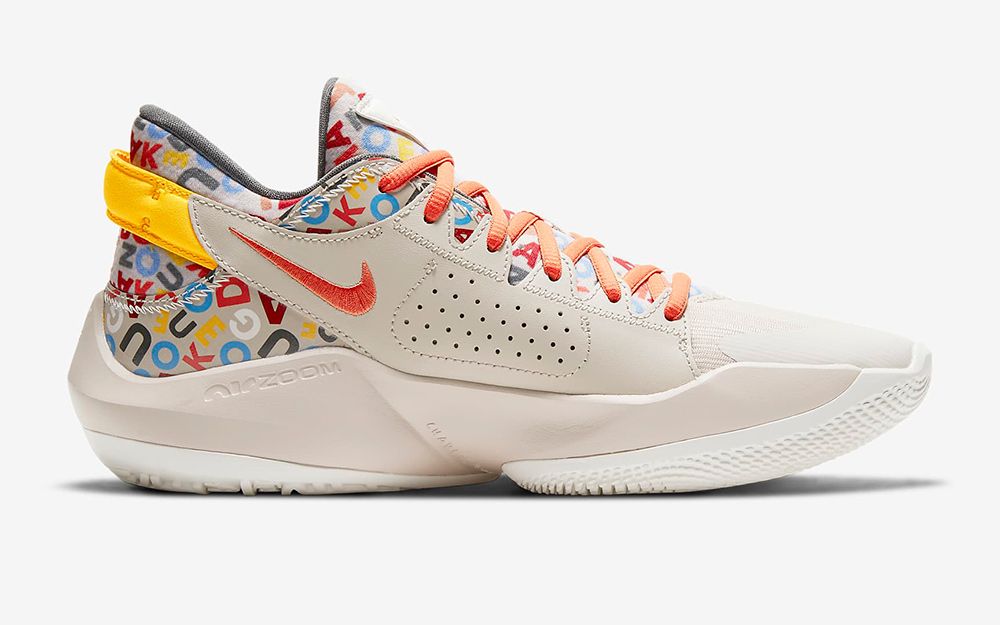 For Giannis Antetokounmpo’s second-generation signature shoe, the Nike Swoosh is now displayed with the correct orientation. That’s not all that’s changed. A textile mesh upper gives the shoe greater flex, while a shank plate and decoupled outsole provide support. Giannis’ “GA” logo is also prominently displayed on the heel.

The Nike store is offering the Zoom Freak 2 in a “Design Your Own” option, if you feel like creating your own colorway. 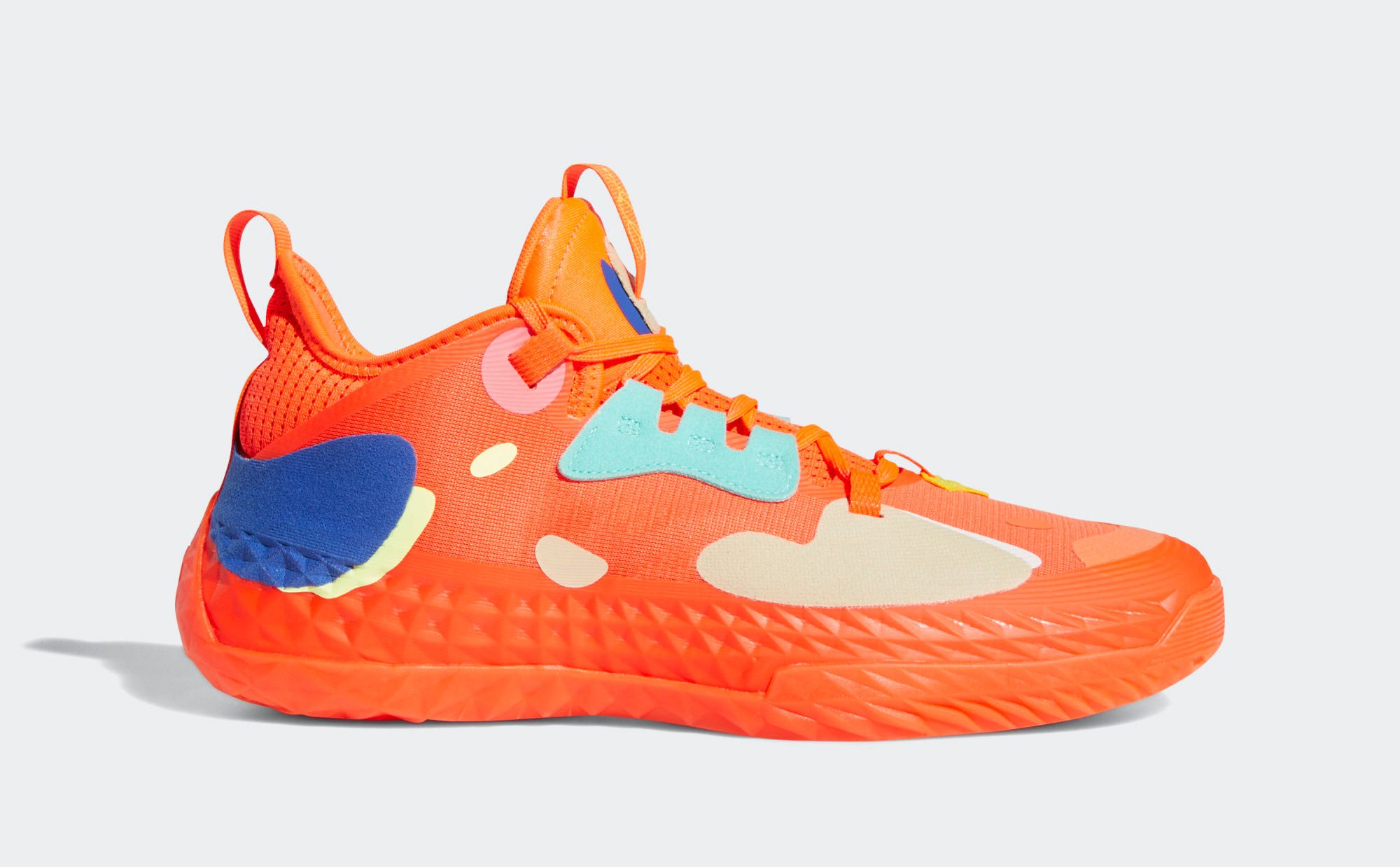 The design on the Harden Vol. 5 — with its colorful blots on the uppers — has proven to be as divisive as the Beard’s off-court moves that led him to the Nets. Whether the bold look will be a design dead-end or a foreshadowing of a blobby sneaker future, it’s undeniable that the Vol. 5s will turn heads on court. The ‘Futurenatural’ on the name refers to adidas’ data-driven process to create the shoe, where they scanned the feet of thousands of basketball players around the world. 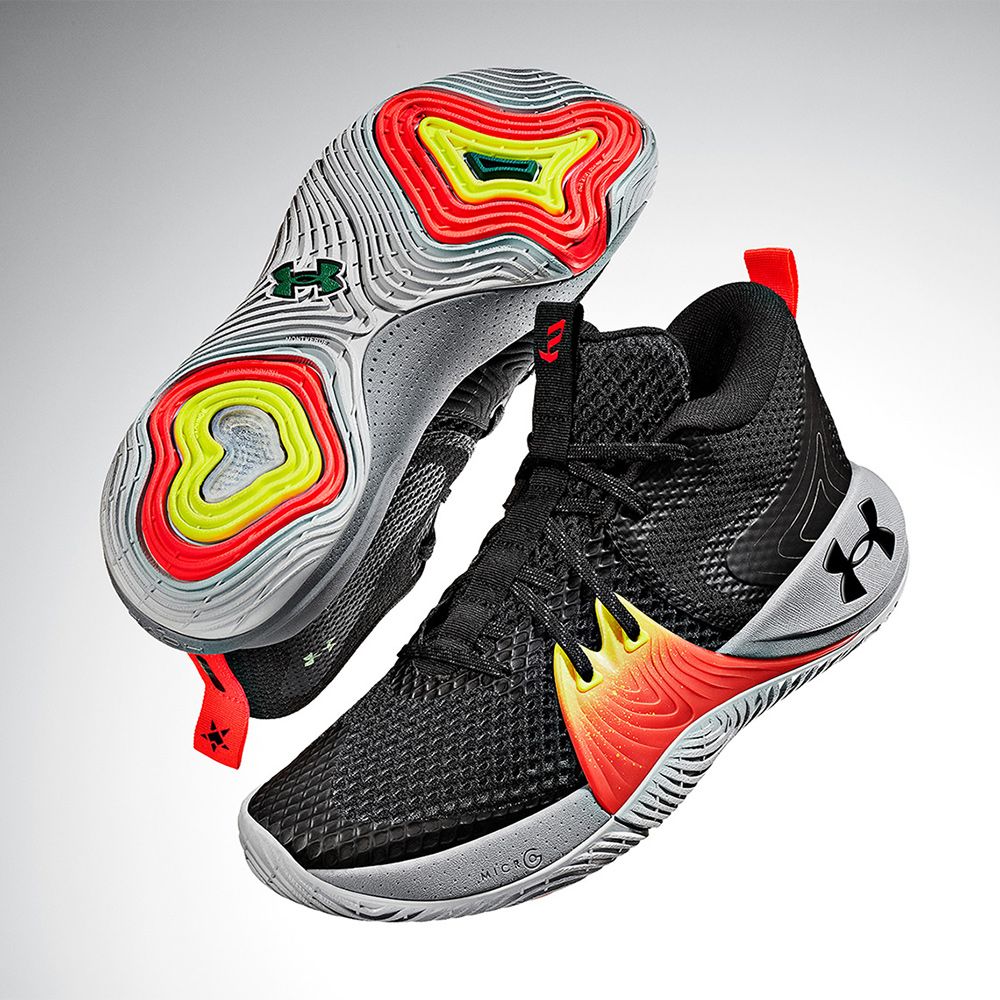 As Spin.ph first reported, the Embiid One will officially drop in the Philippines by the first week of March. It will be exclusively available on Under Armour SM Mall of Asia, SM Megamall, and Bonifacio High Street. Embiid’s first signature shoe features heavy-duty traction, plus colorful TPU wings. 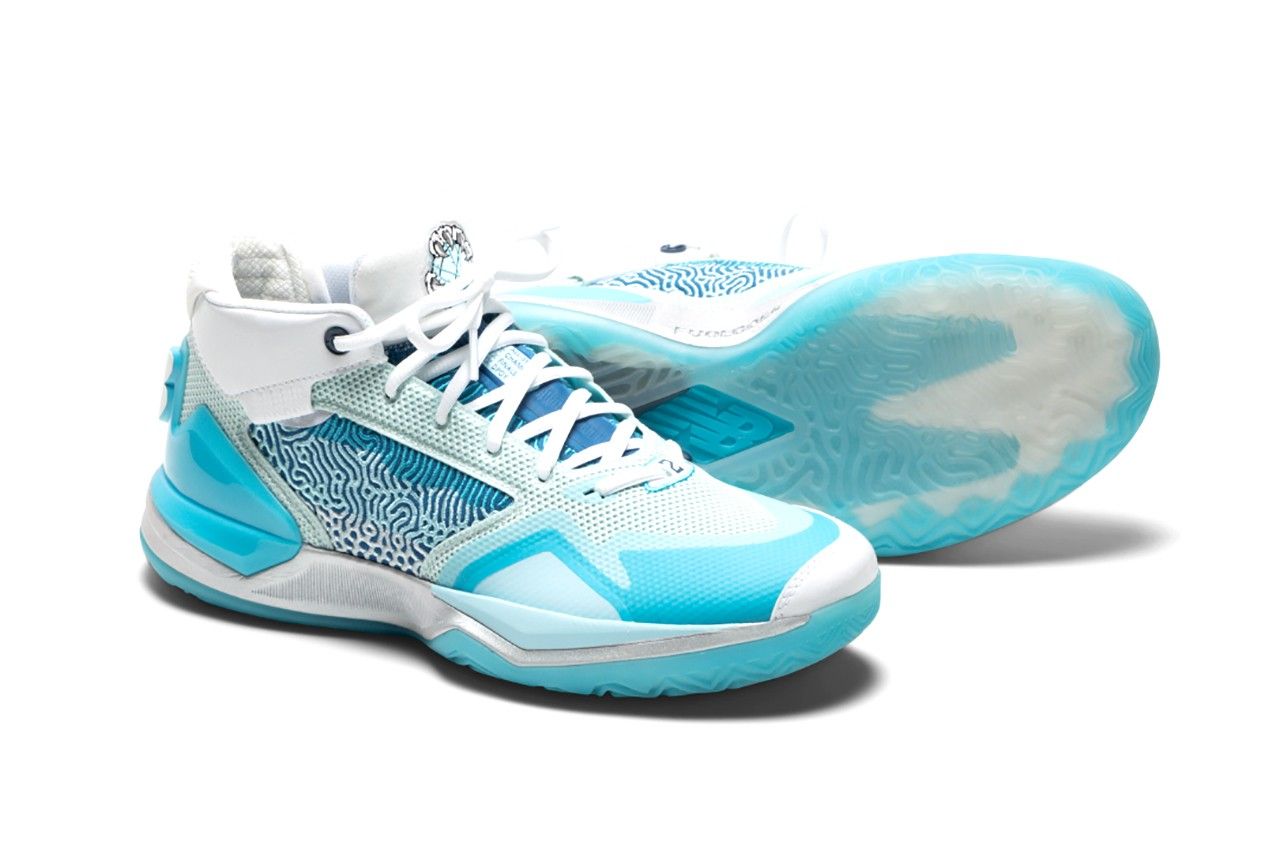 The coral-like patterns on this shoe's panels is just one of the many hallmarks of the Kawhi's signature design. Performance-wise, a plate is built inside the shoe for added stability, while New Balance's Fuel Cell midsole provides both cushioning and energy return. The rich texture and detailing on the uppers make this one a looker. 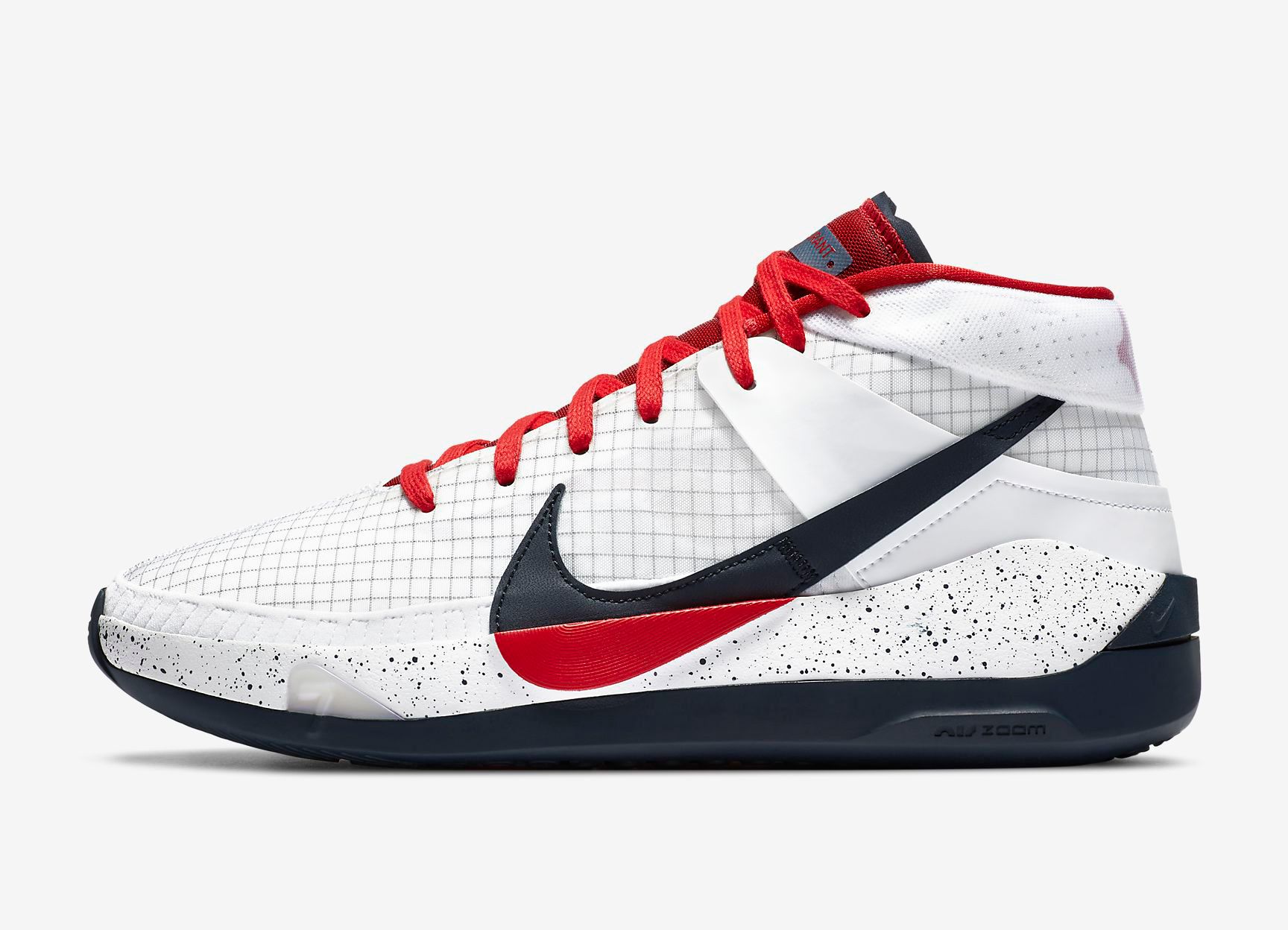 After LeBron James, Kevin Durant is the athlete with the longest-running series of signature shoes on this list. The KD 13 opted for very clean lines and a classic design. Performance-wise, though, it didn’t hold back: it’s got a double-Zoom sandwich for cushioining, with a kidney-shaped Zoom unit placed in the forefoot, underneath a full-length Zoom strobel. How’s that for a spring on your step? 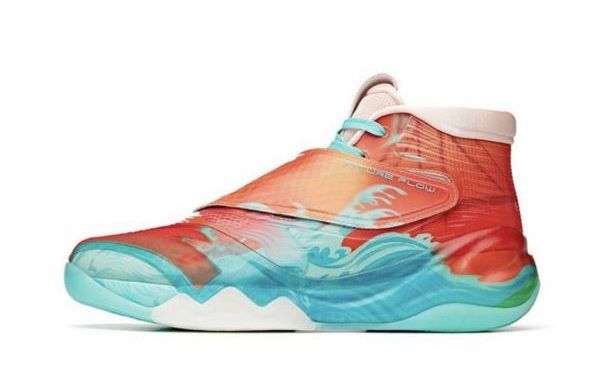 While Klay recovers from a torn Achilles heel that will keep him out this entire season, Anta keeps his signature shoes rolling along. Anta rolled out two new foam systems for the KT6, as well as a carbon fiber shank — a supporting structure running along the arch of the foot. It also retains the “shroud” overlay we saw in the KT5, locking in your feet on top of the laces.

The wild ‘Koi Fish’ colorway is currently being sold in Titan for P9,995, but more standard editions retail for a cheaper P6,995 on the NBA Store PH. Zalora, meanwhile, has them for P8,545. 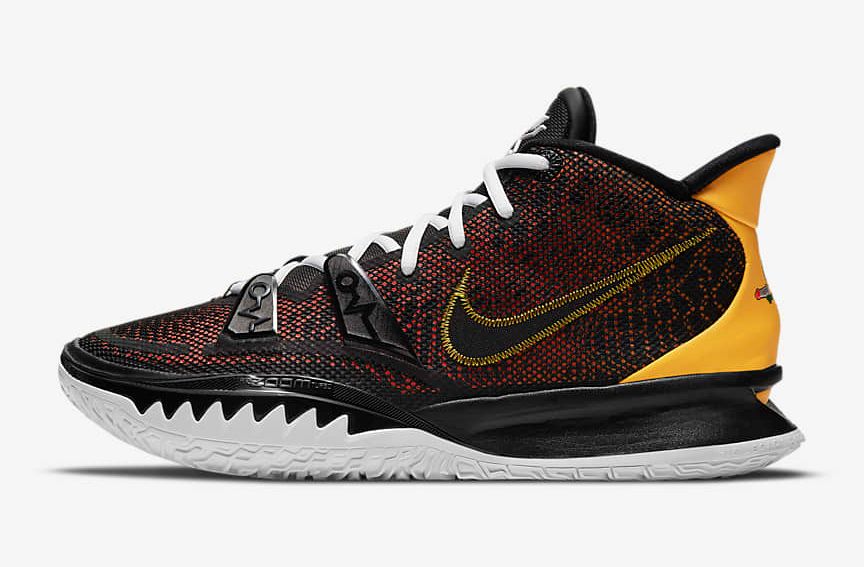 As befits its namesake athlete’s many interests, you can get the Kyrie 7 in a whole clutch of colorways inspired by everything from the Roswell Rayguns to the Brooklyn hip hop scene. While it’s simpler, at least design-wise, compared to the Kyrie 6, there’s been no shortage of releases for this pair since it was launched last November. In terms of performance, the sneaker has a composite mesh upper, an “intricate” traction pattern, as well as a Phylon midsole and Zoom Air cushioning. 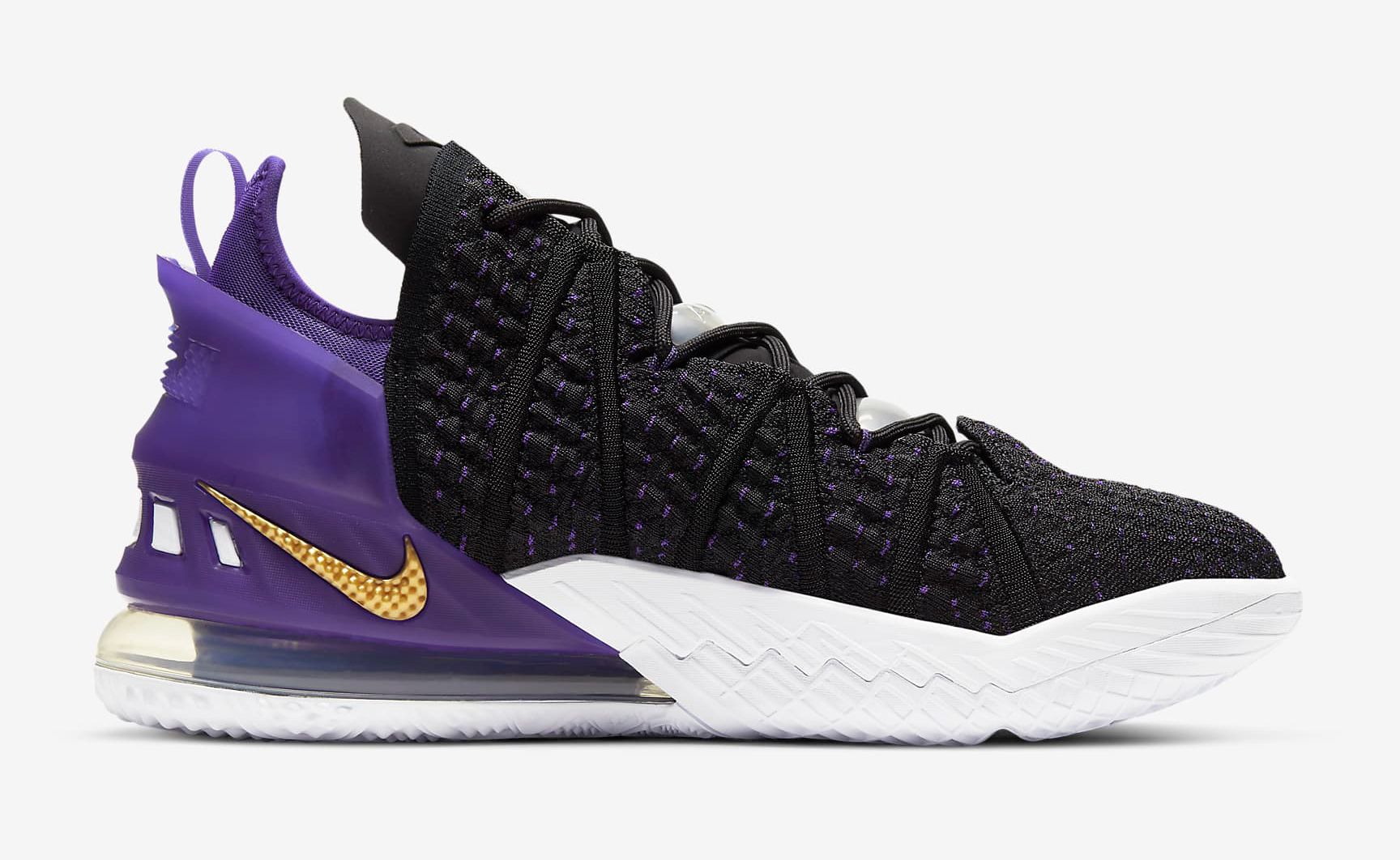 LeBron first teased these inside the bubble, and made them official just ahead of the Western Conference Finals. A new version of the LeBron 17’s KnitPosite graces the uppers, while an Air Max unit on the heel and a full-length Zoom Air bag take care of the cushioning. In terms of design, the LeBron 18 has a distinctive split between its forefoot and heel, allowing for some truly creative designs to come out in the colorways. 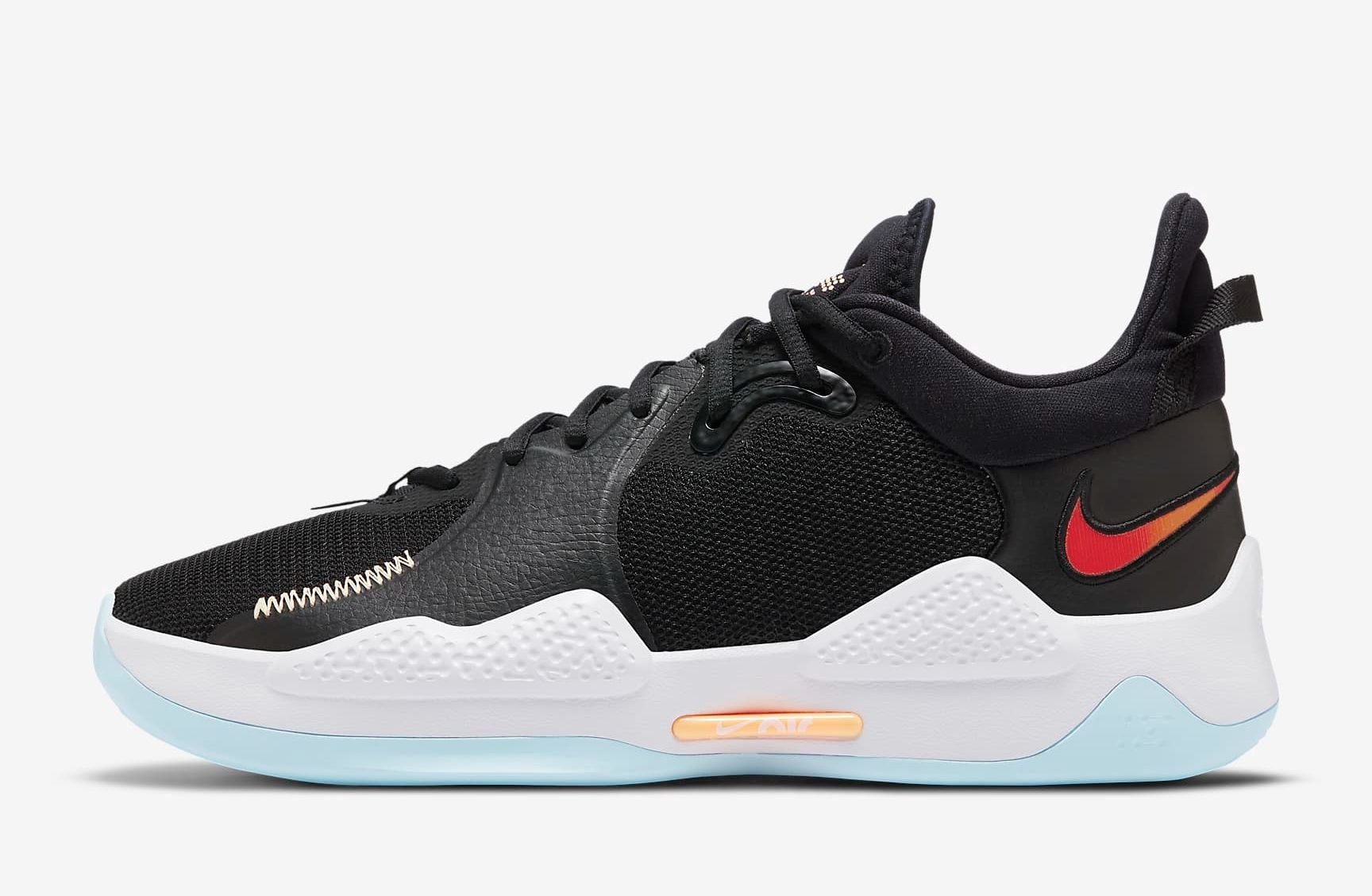 The full-length Nike Air Dot Weld Strobel cushioning of the PG4 returns in the new edition of Paul George's sig, but this time, paired with a newer, lighter upper. The tread patterns on the sole also promise better grip and control on the hardcourt. 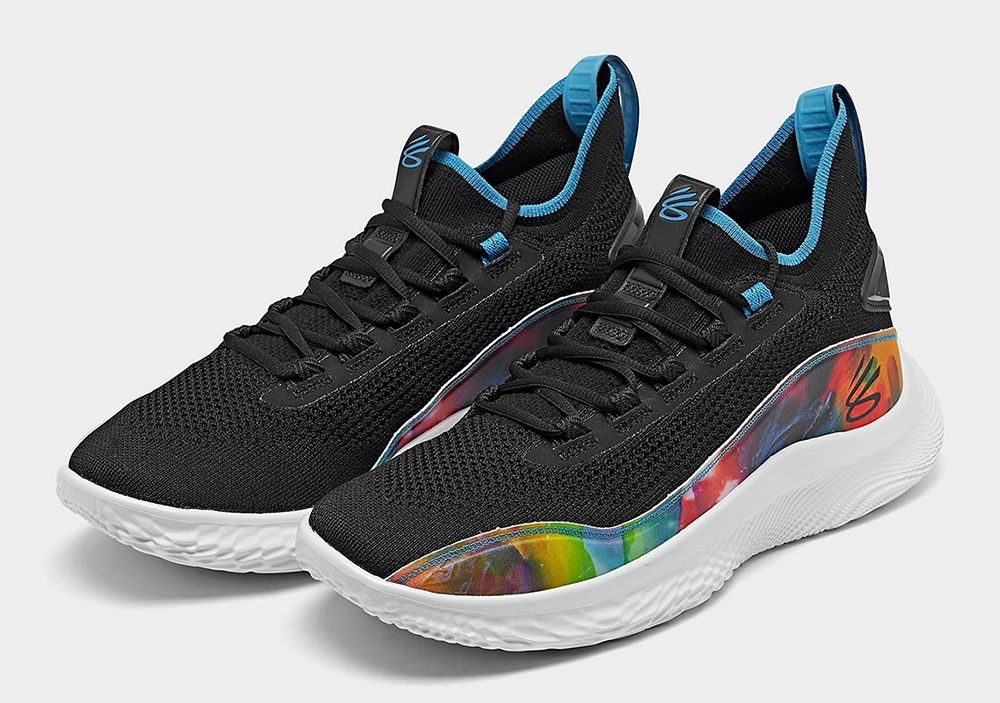 Steph Curry has set up his own brand with Under Armour, and the Curry Flow 8 is its first release. It boasts a “squeakless” design, and is constructed from a soft flexible foam with no outsole. Over three years in the making, Curry Brand hopes to release a shoe with phenomenal traction — and yes, none of that signature basketball shoe squeak.