To design a shoe that repped the PH, Egg Fiasco got inspiration from video games

WHEN ASKED to design anything that represents the country, the first instinct will probably be to default to a red-white-blue-yellow color scheme, with three stars and a sun. There’s nothing wrong with that — and in fact, as Quiccs Maiquez’s ‘Manila Heritage’ colorway for the Harden Vol. 5 showed, it could be used to create some striking sneaker designs.

But it was something that Egg Fiasco resisted when it was his turn to design an UltraBoost DNA that would represent the Philippines in a six-shoe City Pack collection.

“Culture doesn’t [need to] mean traditional or heritage. [So] we focused more on [translating] our childhood living here in the Philippines,” the celebrated street artist (whose real name is Greg Guleserian) said during the media launch of adidas’ newest UltraBoost collection.

He got inspiration from an unlikely source: video games. 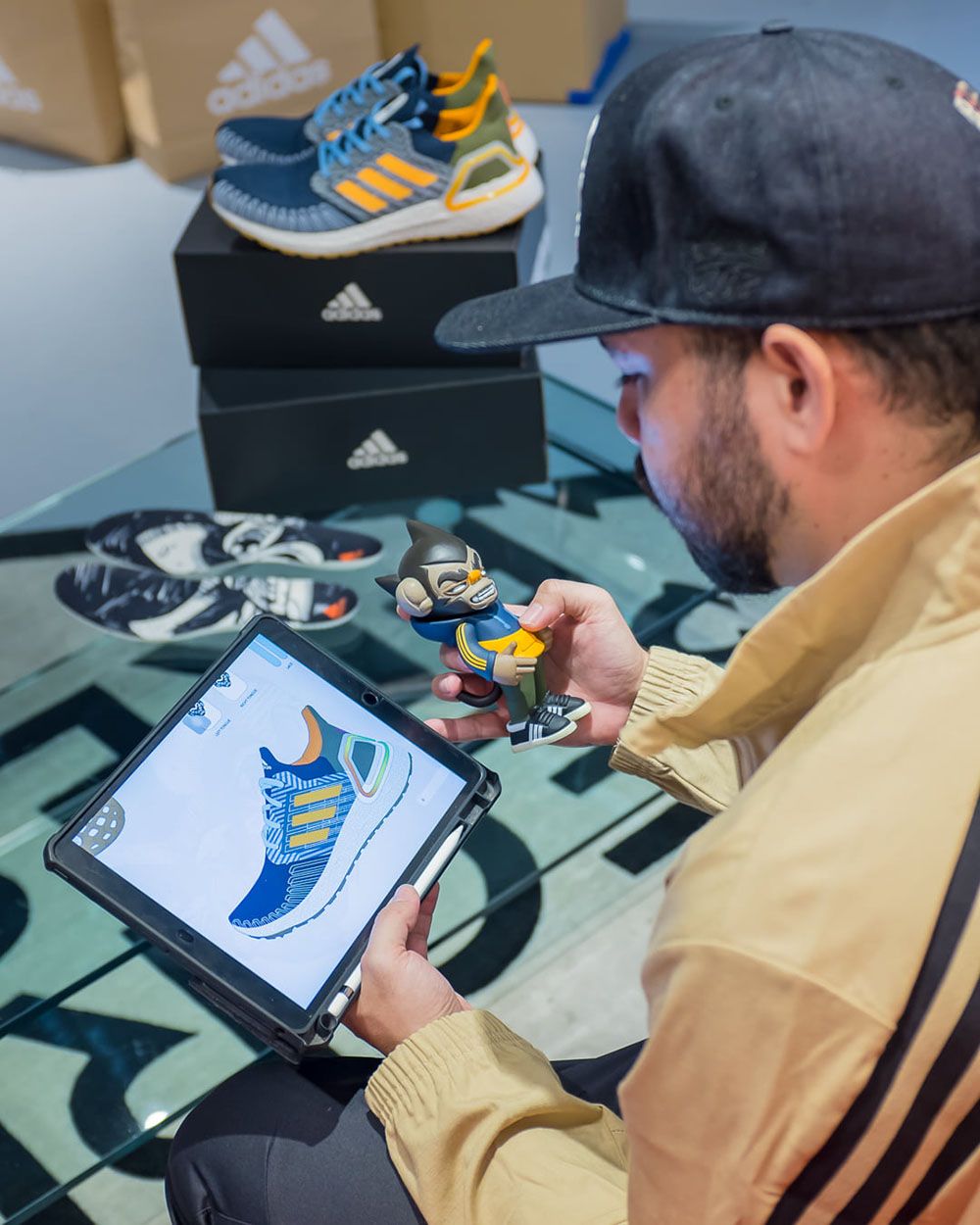 As he was explaining his design process, Egg even got a little philosophical.

He added: “Lalo na sa akin! I grew up in the province, sa Iloilo, people there are more open and colorful and they really speak out. So yun yung parang nakita kong connection.”

The result is an UltraBoost rendered in a subdued dark blue and olive, with vibrant solar accents on the shoe’s stripes and the silhouette’s signature heel clip. (The shoe is on sale now for P10,000.)

At one point in the conversation, Egg helpfully name-drops Street Fighter, and at once, it all becomes clear where the video game inspiration comes in. The muted colors on the upper recall the game’s meticulously detailed backgrounds, the bright orange lines look like full life bars, the grids and patterns etched on the lace cage call to mind a character select menu. 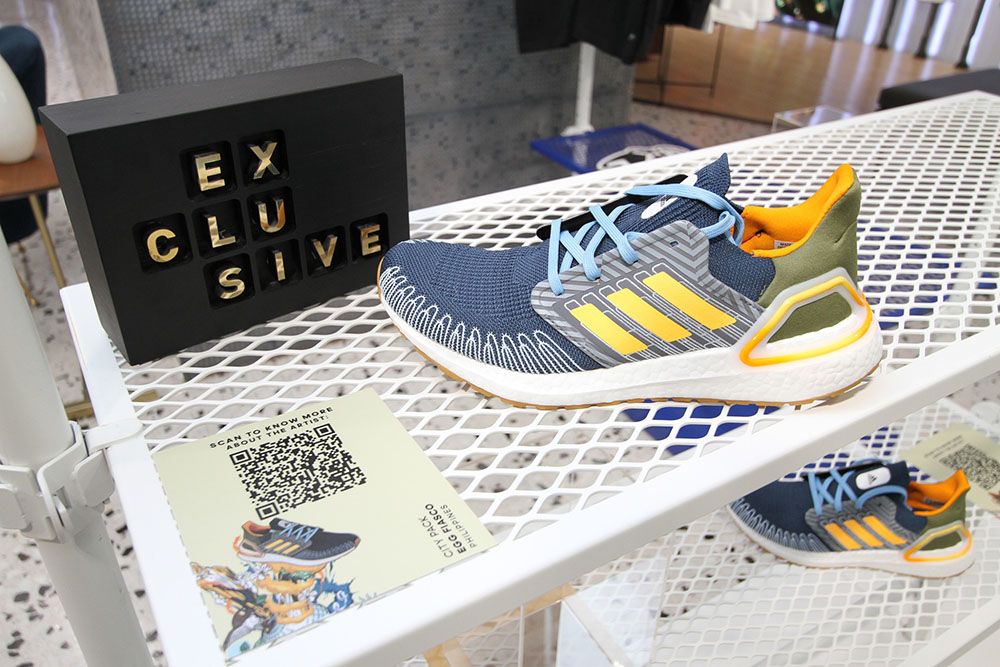 “While doing research, we found out that my color palette that I’m using in my artwork are similar to the video games that we used to play,” he said. “So tumatak pala siya unconsciously sa memory ko.”

For an artist who primarily works in a large scale, on canvas and cement walls, translating his signature style onto a shoe design meant pulling back on his usual artistic instincts and thinking of the wearer first.

“We [kept] in mind na, the shoe should be wearable. And we focused on that, na it’s not too loud, na it’s not exclusive na artwork lang siya,” said Egg Fiasco. “Nag-iba kami ng approach. We make sure that it’s wearable. Yung bagay siya sa lahat ng suot mo.”

But even so, he’s happy he was still able to apply at least one very personal, hand-drawn element to his sneakers: the monkey you can see printed on the sockliner, on the inside of the shoe.