WTFast. Pronounced “What the fast.” It was a cheeky, confident slogan that accompanied the launch of last year’s adizero Adios Pro — and it was a marketing tagline that was so good that adidas couldn’t resist trotting it out again for the launch of the next iteration of the flagship running shoes.

“That messaging really comes from the confidence and our ability to make a better shoe,” said Nick Roche, global product manager at adidas, to Spin.ph during the shoe’s press tour. “We want the consumer to feel confident in their training.”

Roche added, “[It was] also a nod back to the Adios Pro 1” — a shoe, he said, that set world marathon records, including half marathon record times set by Kenyan runner Peres Jepchirchir... twice.

When it was first released, the Adios Pro bucked the hot (and controversial) carbon plate trend that was popping up in elite running shoes everywhere. Instead, it split the plate idea apart, choosing to insert thin, skeletal carbon-infused structures that the Three Stripes called “energy rods.”

And by skeletal, we're not kidding. Diagrams of the energy rods show that they really look like the bones on your feet, like you're looking at X-rays of Wolverine.

“We were able to find [that] having the energy rods mimic[s] the metatarsal bones in the athlete's foot,” explained Roche, “and provided a unique experience. That's something we're extremely proud of here.” 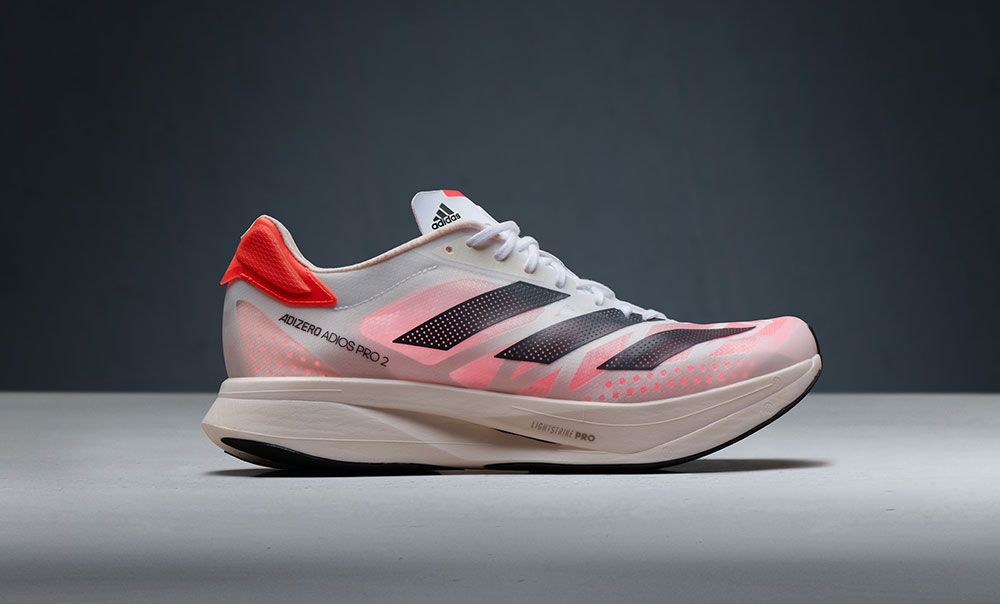 Now, not even a year after, adidas is rolling out the Adios Pro 2.0. It is an evolution of the silhouette, rather than a complete overhaul, featuring a lighter construction, a resculpted Lightstrike Pro midsole, and a Continental rubber outsole added to the toe tip for added traction upon takeoff.

Oh, and turn the shoe around? You can now see the skeleton-like energy rods through a cutaway window on the outsole.

Joining the Adios Pro 2.0 in the new line of adizero running shoes are the Boston 10 and the Prime X, both infused with the same energy rod tech. 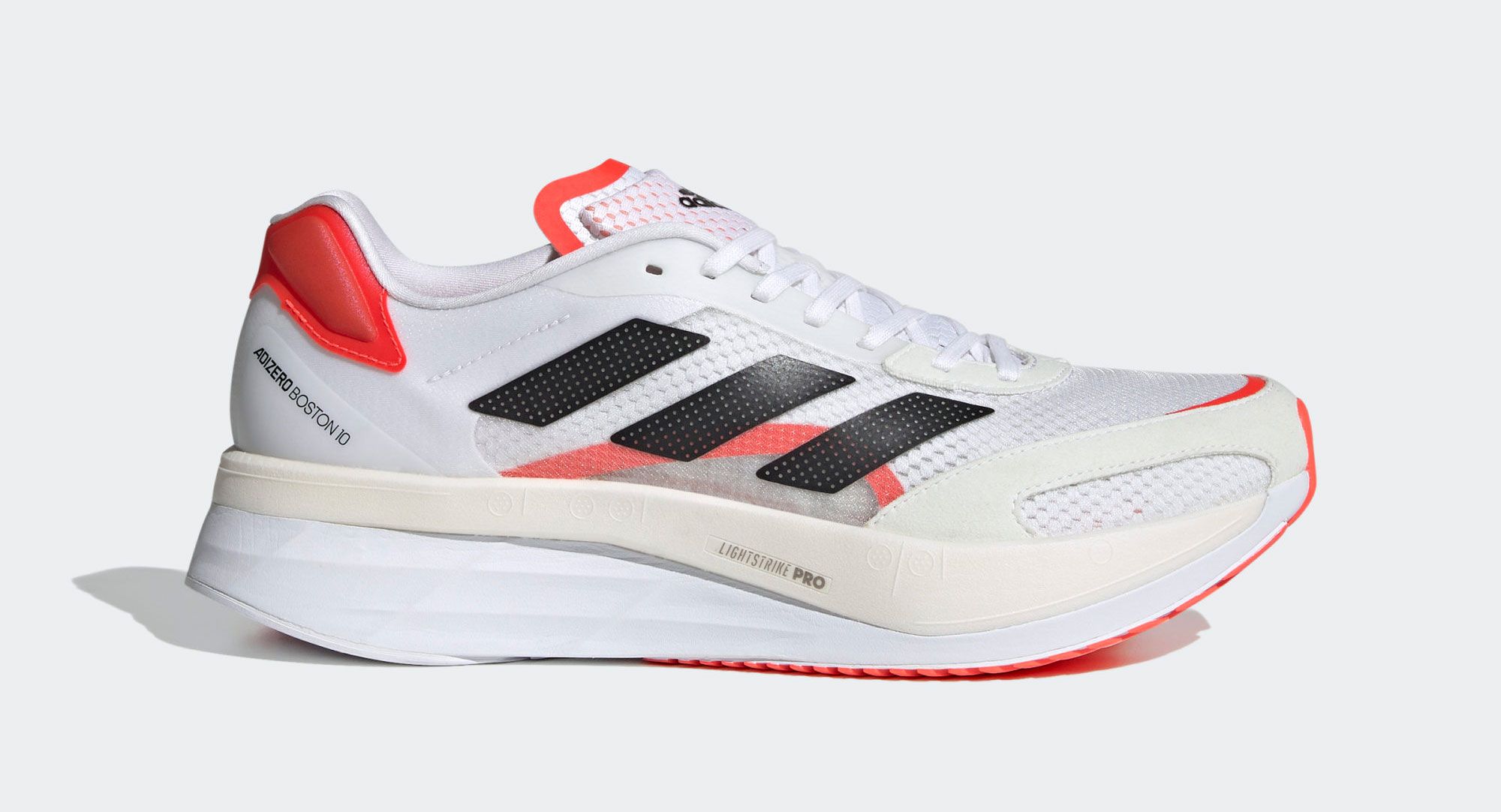 The adizero Boston 10 — which positions itself as an everyday trainer — is a storied line within the Three Stripes running family, and one that, at least looks wise, has gone a lot of changes. But, Roche said, “While aesthetically, it looks different from the previous ones, if the consumer was to close their eyes and step into this, it's going to feel like the Boston.”

And on the other side of the running shoe spectrum is the adizero Prime X. 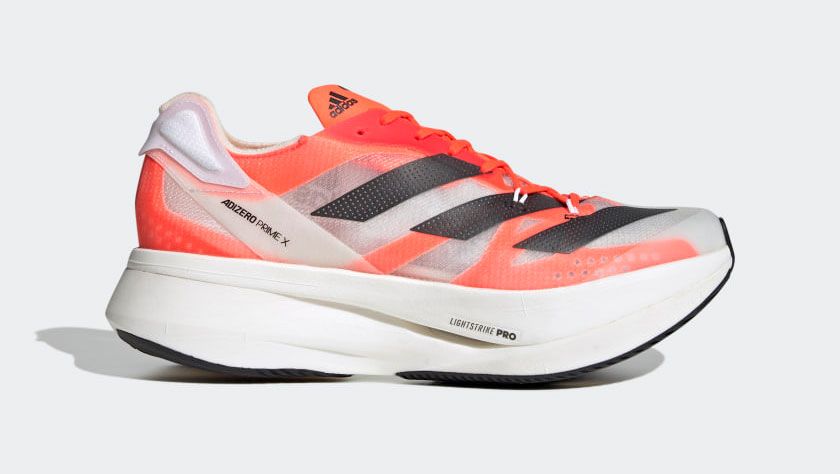 “It is really the most innovation we put in a shoe,” Roche said proudly, pointing out the full Continental outsole, a double layer of energy rods, and a higher rise. He quoted one of the team managers of Kenyan long-distance marathoner Rhonex Kipruto, who, while testing the Prime X out, told the adidas designers that their runners clocking in times far beyond what they were expecting at this stage in their training block. 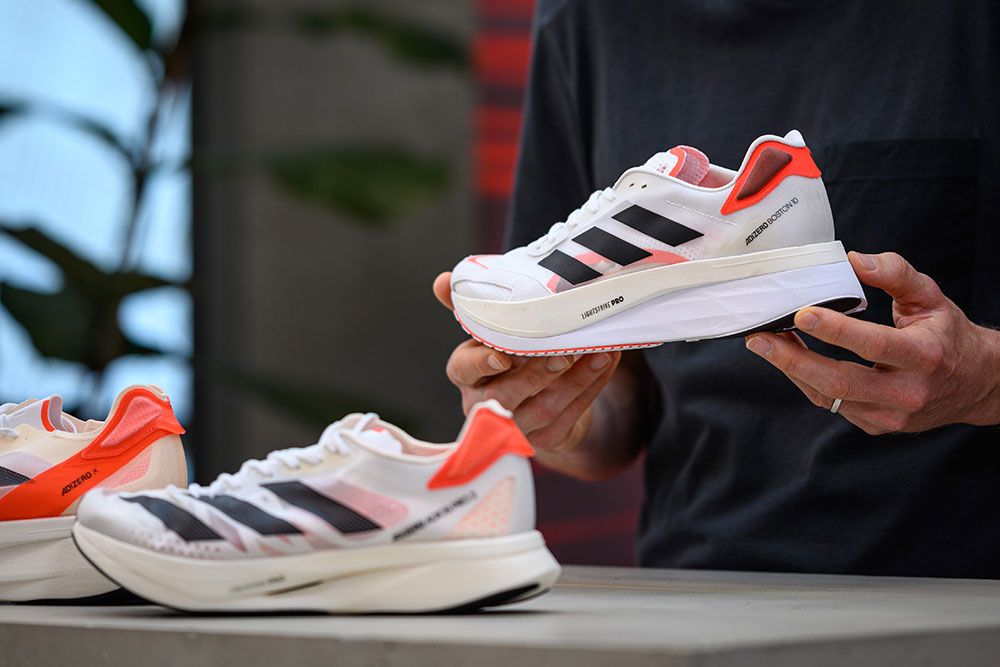