The TNT KaTropa drew first blood in the best-of-seven PBA Commissioner's Cup Finals, blowing out the San Miguel Beermen on Sunday at the Smart-Araneta Coliseum.

The Beermen, led by reinforcement Chris McCollough's 33 points and 15 boards, tried to rally from a 23-point deficit but was repeatedly turned back by the KaTropa's persistent and balanced attack. June Mar Fajardo added 23, and Terrence Romeo and Christian Standhardinger combined for 21 in a losing effort.

While the margin on the scoreboard may have been wide, the battle for sneaker supremacy provided a more colorful and tighter sidelight to an otherwise ho-hum Game One. Which is why these attention-grabbing kicks get their due recognition here. 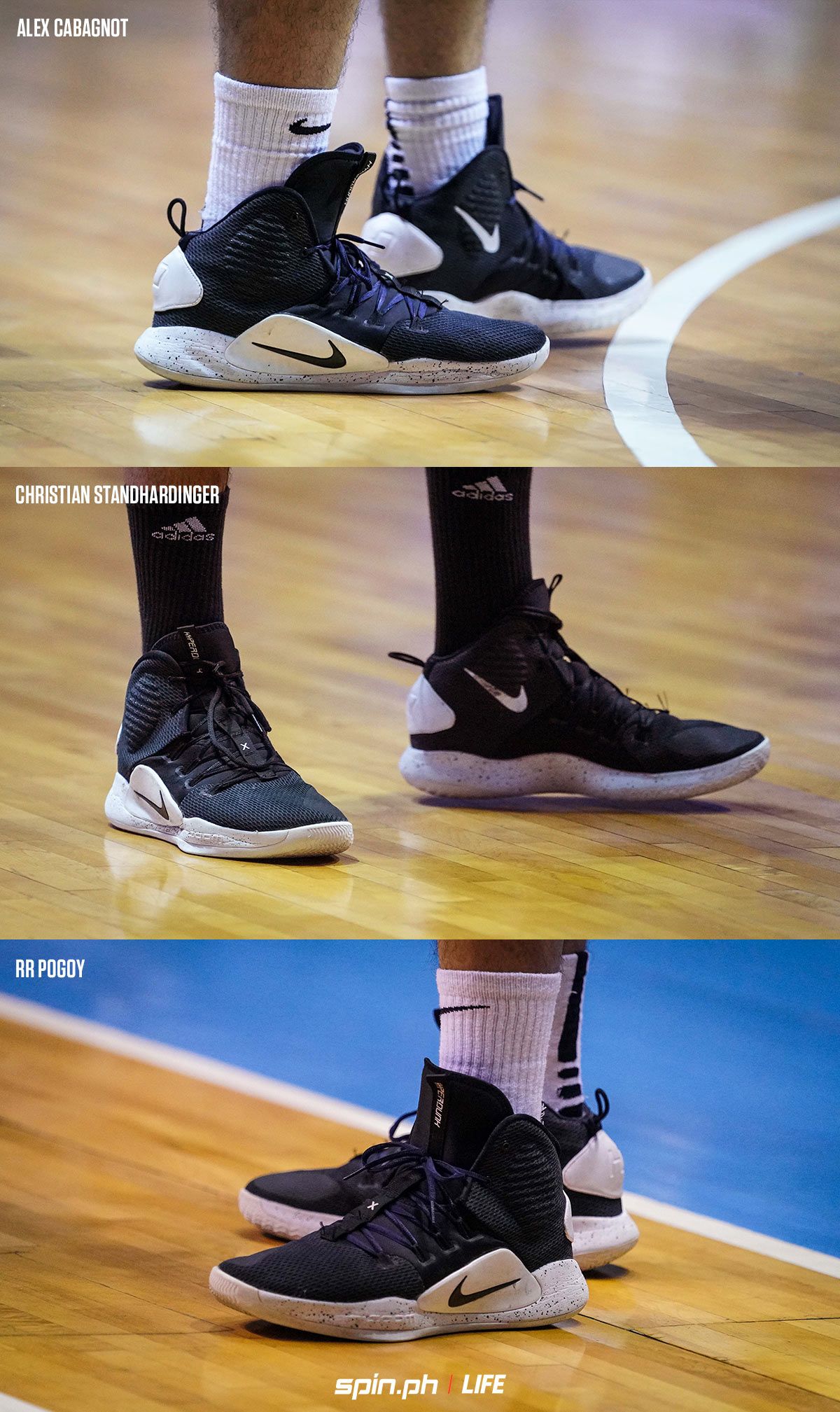 This pair is a true game-changer. With its new-generation Flywire support system, breathable mesh-and-knit upper, and multi-directional rubber, the Hyperdunk X continues to be the preferred performance kicks of Standhardinger, Pogoy, and Cabagnot. 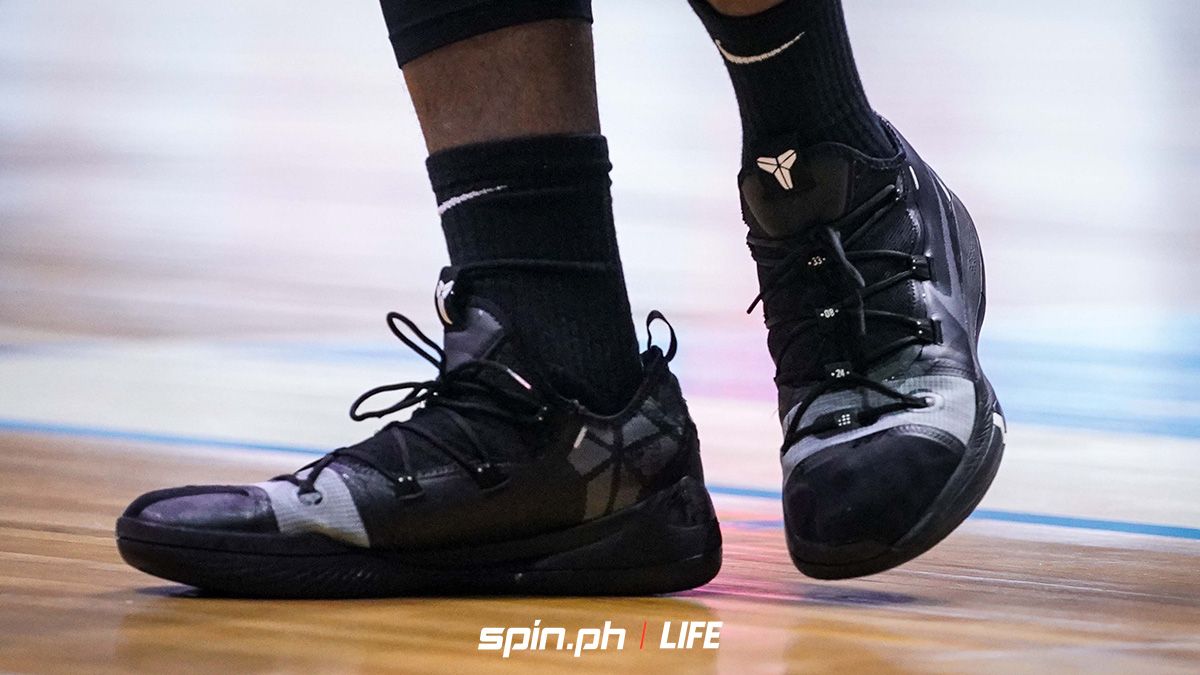 Jones paid tribute to Kobe Bryant's legacy, lacing up the Black Mamba's first post-retirement signature shoe. The lightweight and minimal Kobe AD granted the TNT import a quicker court feel for the game. Aside from an internal and external heel counter, it also features an embossed Shozoku logo and embroidered Kobe signature on the right heel tab. 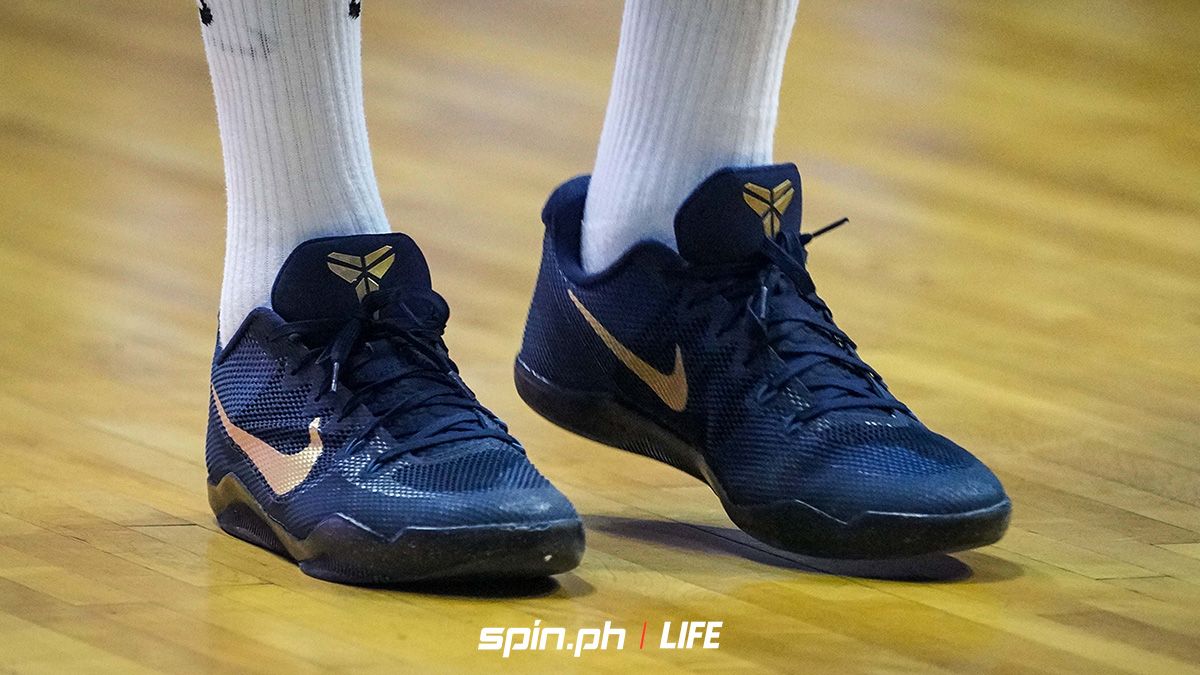 Chris McCullough gave the country a shout-out through Kobe's 11 signature sneaker. The SMB reinforcement made a statement on the court with the Kobe XI's engineered mesh upper with cushion and metallic gold accents, not to mention a midnight blue outsole with gold speckles. 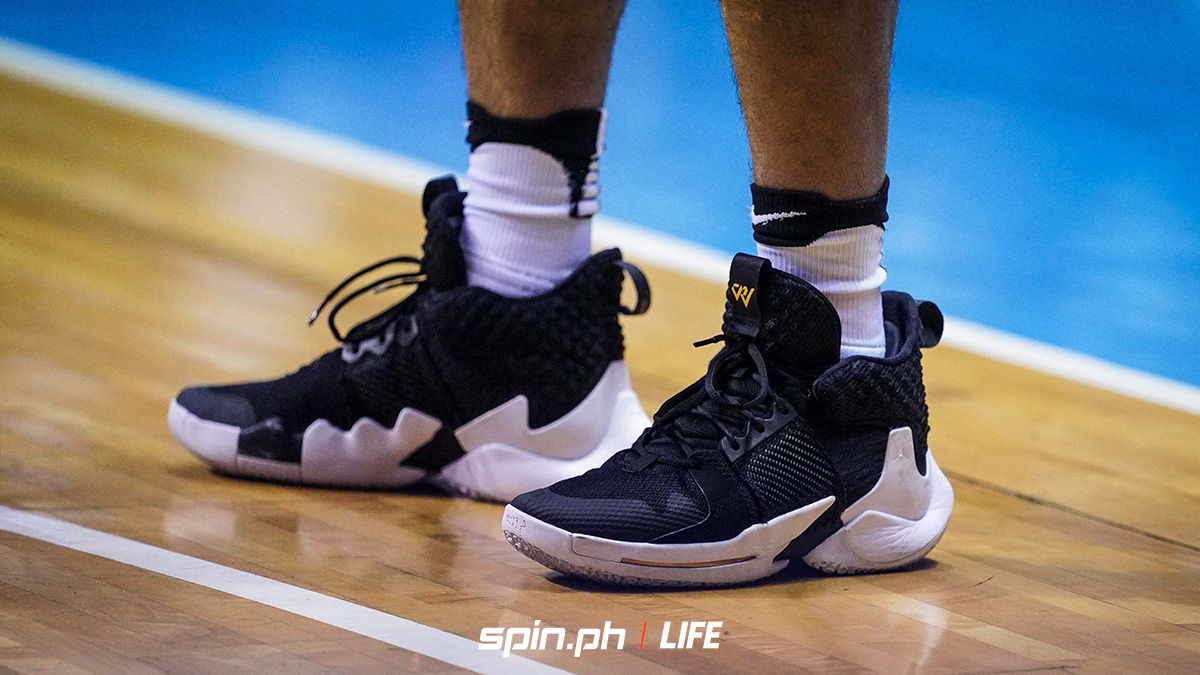 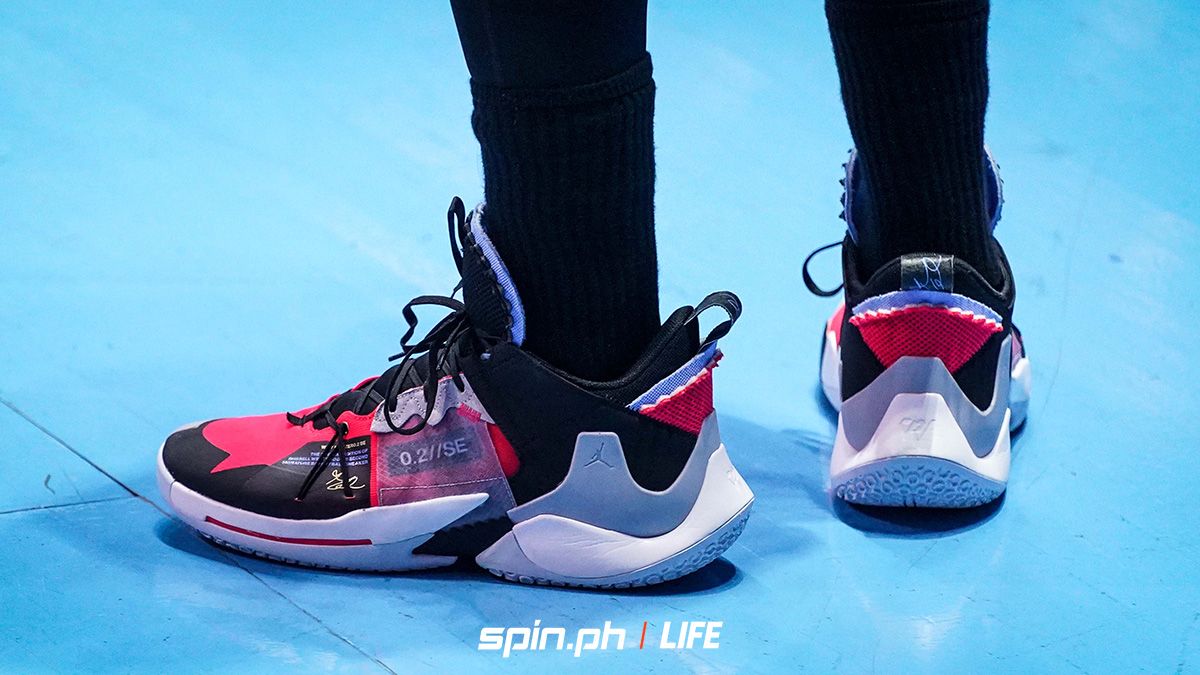 Trust Russell Westbrook's Jordan Collection to leave a noticeable mark even in foreign soil. The Why Not Zero 0.2's high-fashion aesthetic screams Brodie from the get-go, all while not sacrificing comfort and support. It is also equipped with a mesh-and-knit upper and bouncy cushion sole for the ultimate heavy-duty protection. 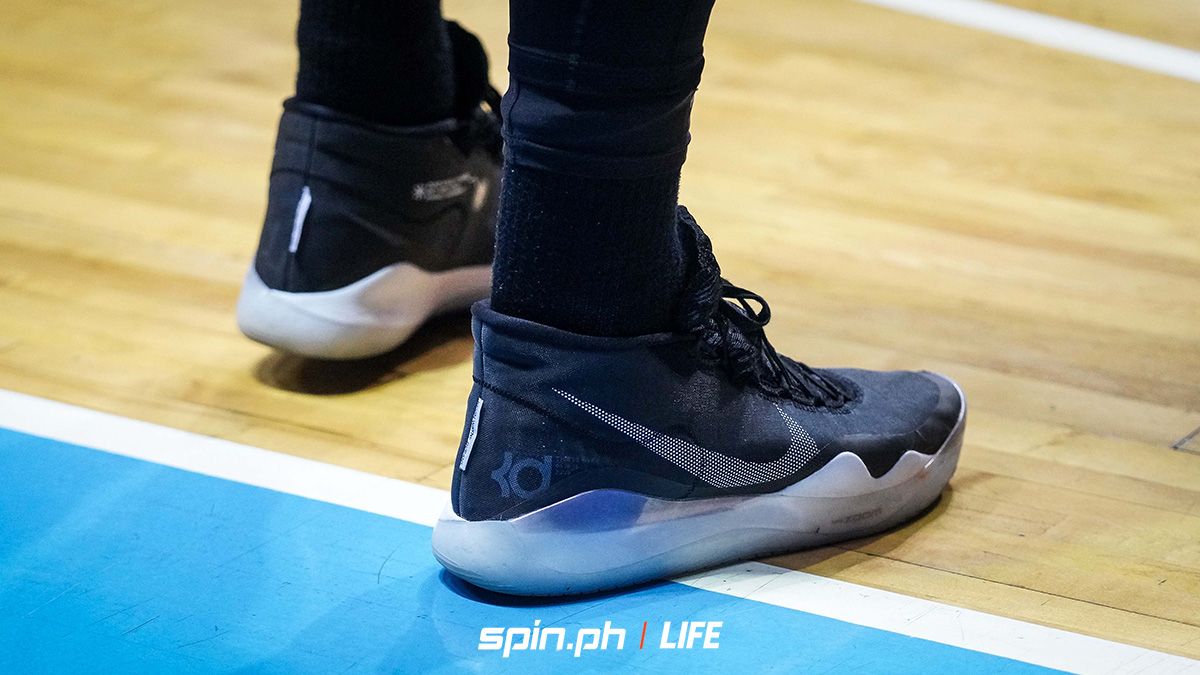 One of the most anticipated annual releases, the KD 12 now boasts a full-length and comfortable Zoom Air cushioning that replaced the standard board. The translucent rubber sole and large Swoosh by the side completes its minimalist look — a departure from earlier releases. 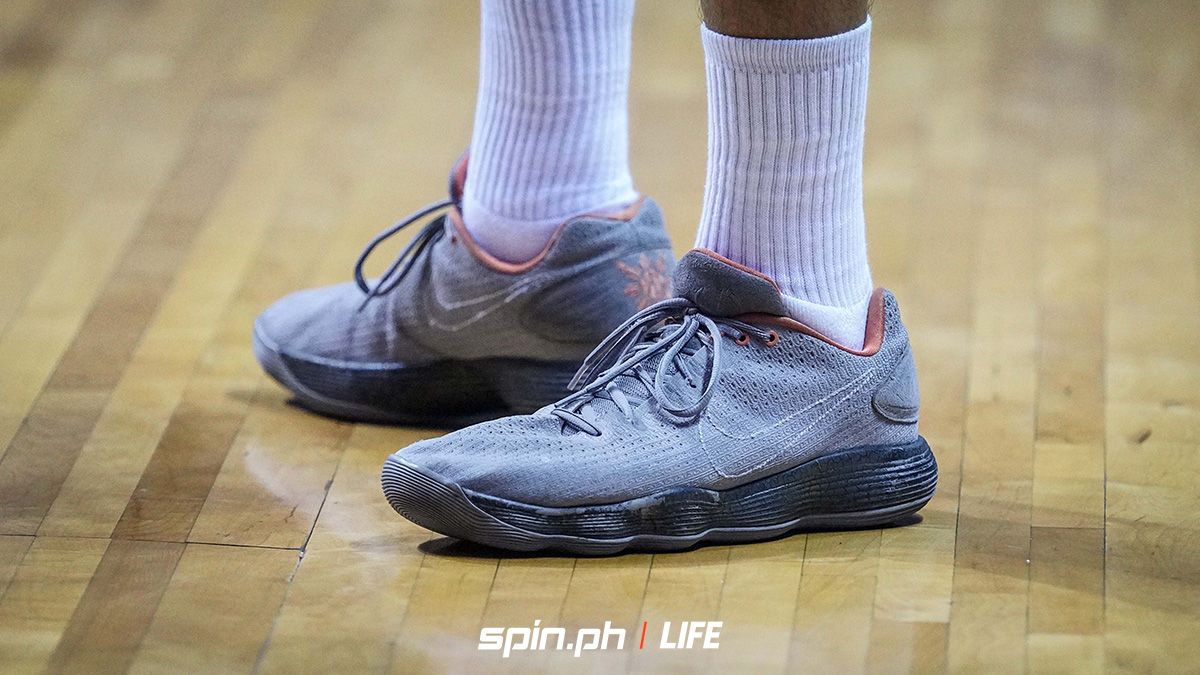 Rosario stepped up his shoe game with a pair of limited-edition kicks that were made specifically for Philippine hardcourts. The Hyperdunk "Manila" may have been inspired by the city's urban concrete tenements, but the sneaker itself is the epitome of highly comfortable yet functional basketball shoes.

For the Jordan collector in Ross, the classic 11s were a no-brainer. The mix solid-and-clear outsole rubber allows for an optimum on-court grip, while the upper has a breathable padded mesh and cage for lockdown. It may have also been a tribute to the rapper-activist, who was shot and killed this year. 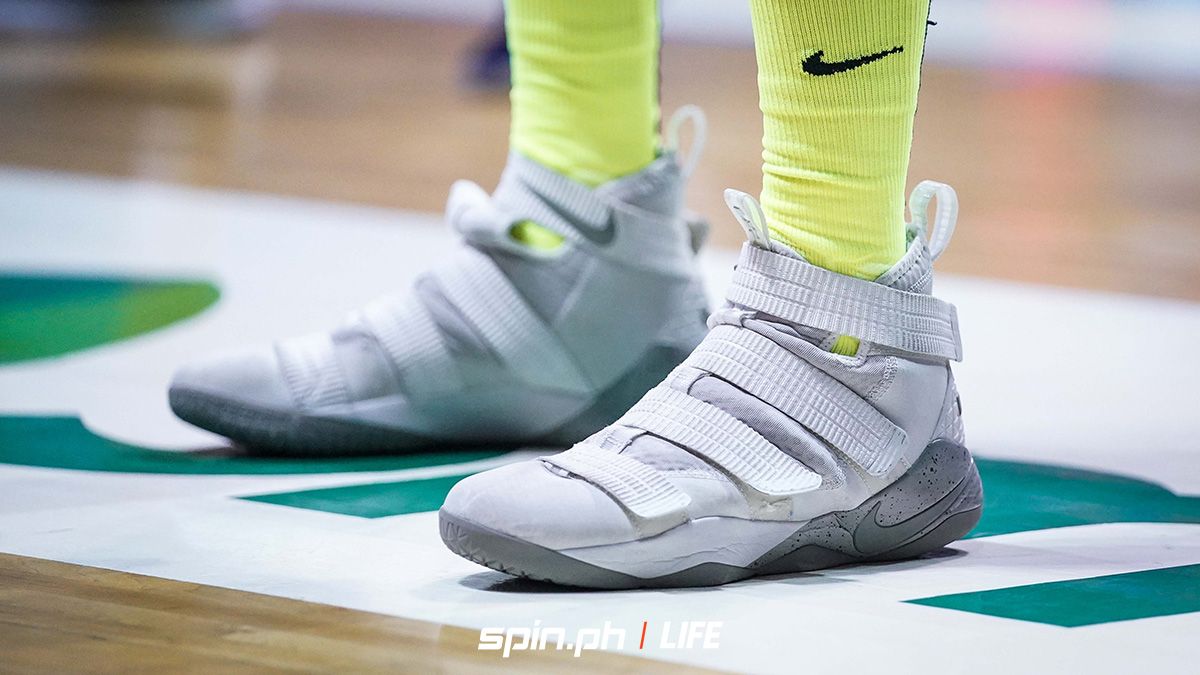 One of the league's elder statesmen still knows which kicks to rock in the game's biggest stage. The "Spiderman dunk" ban hasn't stopped Santos from wearing lightweight pairs in case he goes up for the occasional slam. The LeBron Soldier XI is armed with a mesh upper and nylon mudguard, as well as a translucent outsole and solid rubber.