10 exercises that defined the Philippines' decade of fit

Twenty-four hour gyms. Mirror selfies among the weight racks. That Underarmour jersey or three we all have somewhere.

Over the past 10 years, the fitness industry in the Philippines has — checks our Fitbit — been in a very healthy place. Ken Research estimated that the sector had a compounded annual growth rate of 7% from 2013 to 2018, and predicts 10.9% growth all the way to 2023. The industry became big enough that one point, lawmakers in 2016 thought of passing legislation that would professionalize and certify fitness trainers, like you would accountants and architects.

If we were optimistic, we’d say that the Great Gym Explosion of the 2010s is the counterattack to the country’s ballooning heart problem, where ischemic heart disease continually ranks as the country’s top killer. Without a doubt, an upwardly mobile middle class — with cash and calories to burn — also played a very vital part.

“The increase in the disposable incomes of the Filipinos [...] provide them the liberty to opt for expensive memberships in the fitness centers,” stated the Ken Research report.

Whatever the reason, urbanized Filipinos are working out more and more. Here are ten fitness moves that, for better or worse, represented the enduring fitness trends that got Pinoys working up a sweat.

The clean and jerk 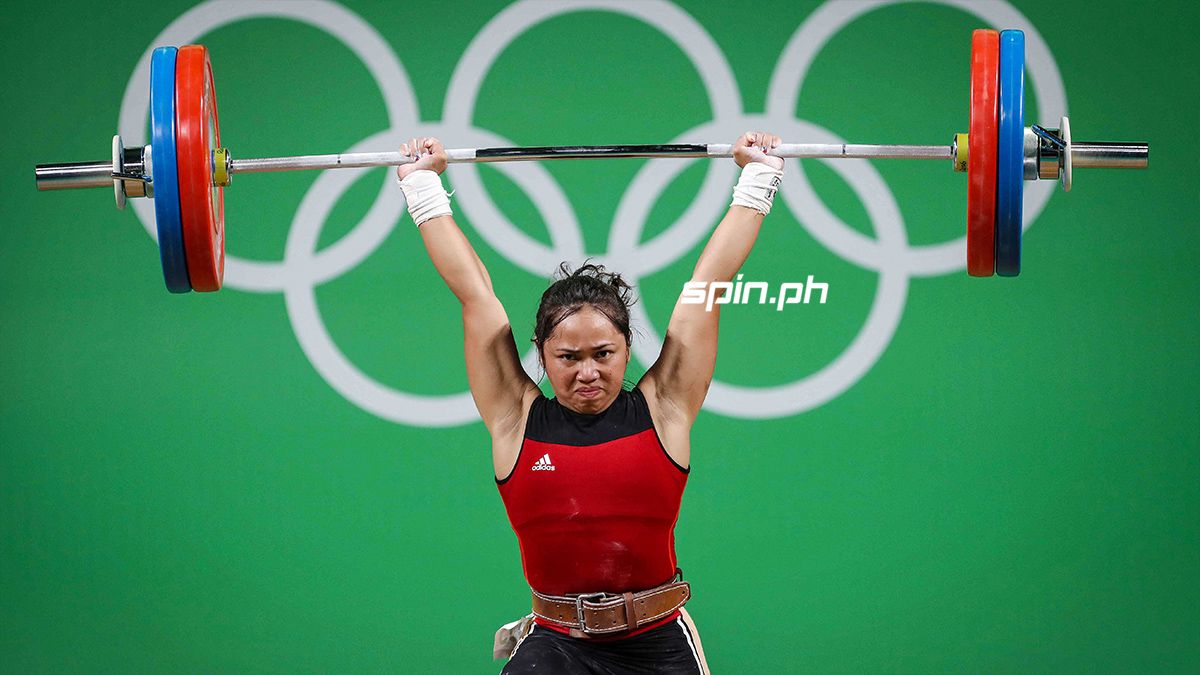 If there’s any one exercise that beautifully illustrates the Philippines’ decade of fit, it’s Hidilyn Diaz's show-stopping clean and jerk from the 2016 Rio Olympics.

The clean and jerk wasn’t something Filipinos were totally unfamiliar with. That same year, the Korean drama Weightlifting Fairy Kim Bok Joo would explode in popularity, introducing thousands of obsessed Filipino viewers to the Olympic lifts.

And then, of course, there was CrossFit, which positioned itself as the “sport of fitness”, and would help turn weightlifting mainstream. Its first Philippine box, or gym, opened in 2011 — and the workout scene would never be the same since.

Now, weightlifting is more widespread than ever, and the shuddering thud of barbells crashing to the floor after a clean and jerk isn’t the intimidating sound it once was. Still, there’s a reason they’re called Olympic lifts, and trainers still urge caution. After all, we’re no Hidilyn Diaz.

“It's such a complex exercise, that Olympic lifting [most people] actually do is such a bastardized form,” strength and conditioning coach Julio Veloso, CSCS, told SPIN Life frankly. “I definitely think that the majority of trainers and clients don't know how to properly progress Olympic lifts.”

The deadlift and the squat 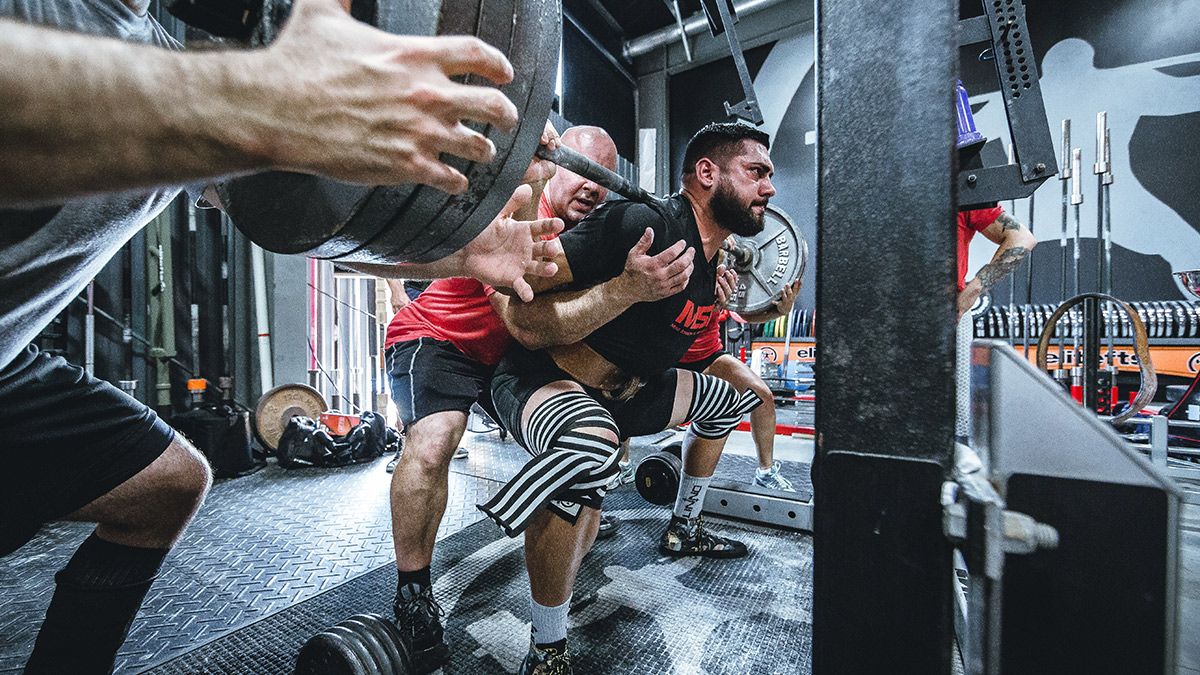 If there was a guiding watchword to the Philippines’ gym explosion, it would probably be ‘functional training’. Suddenly, gyms were all about strength training that emphasized functional moves and loaded them with weights.

These fundamental movements include the deadlift and the squat.

“They’re called fundamental because the movements are relevant for everyday life,” said Chappy Callanta, CSCS, strength and conditioning coach for Alab Pilipinas. These are the same moves you’d use to pick something up off the floor, or hoist up something heavy. They’re also total body exercises that engage your entire body.

“A lot of the exercises of the lower body progress from these movements,” Callanta added. “Learning these lifts sets you up for their hybrids and progressions.” 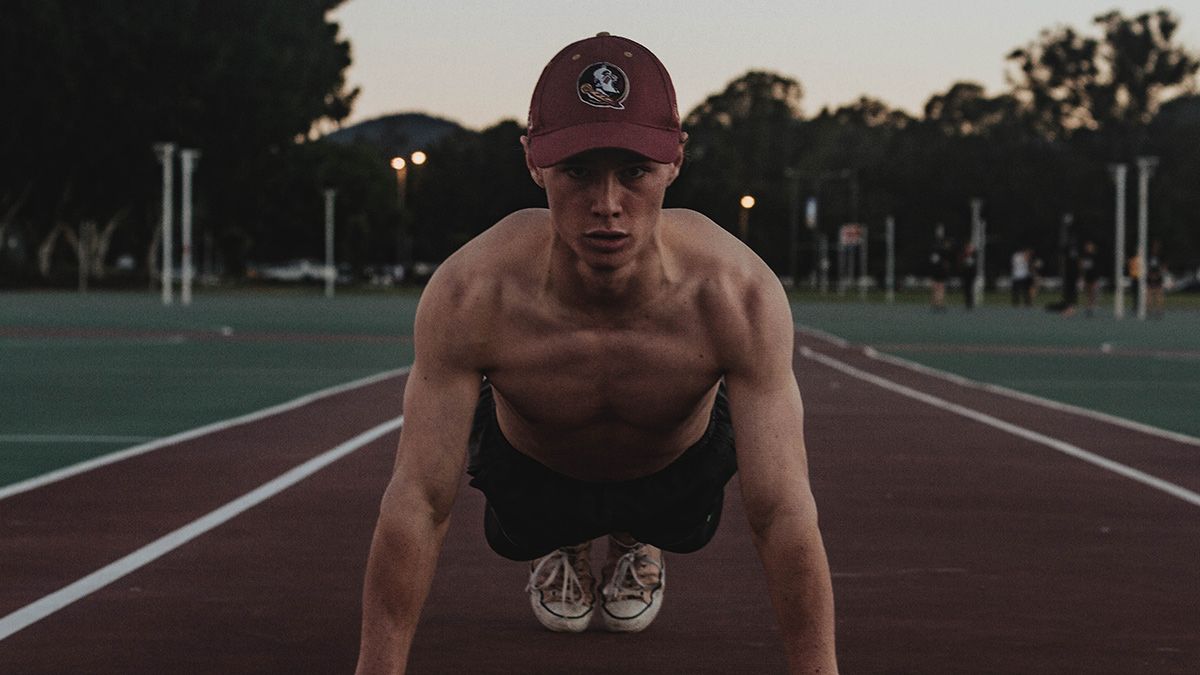 The name? Never not funny. The suffering? Extreme.

Moving seamlessly from a standing position to a push-up and into a jump, and then repeated over and over for maximum hell, the burpee is a complex movement. It was once a notorious punishment in professional sports teams and the military. And now, it’s everywhere.

In a way, the burpee perfectly represented another trend that became a fitness buzzword: high intensity interval training. With its promise of more efficient calorie burn, HIIT definitely became a hit. 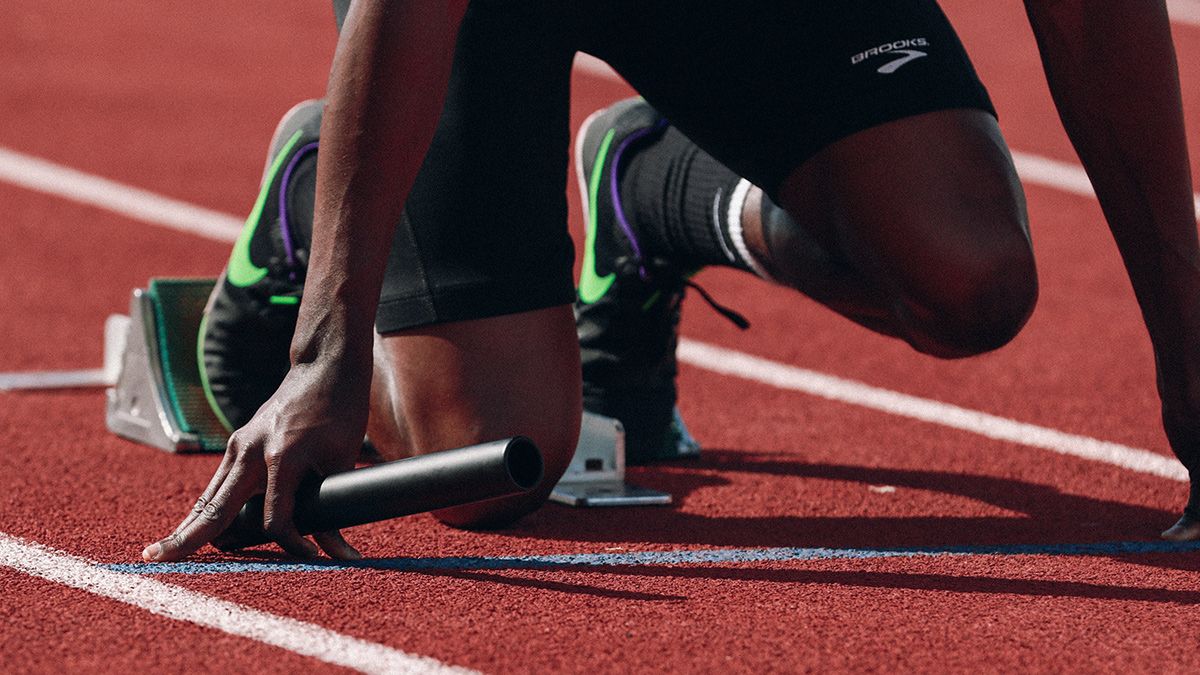 There used to be a time when roads would close and traffic would be rerouted in the early morning to accommodate massive weekend runs. The biggest events — in Nuvali, in the Mall of Asia bayside, even along the top of the Skyway — would have participants that numbered in the thousands.

Then there were the night runs, and color runs, and costumed runs, and runs with a DJ playing a set in the background.

The 10K was considered a beginner’s benchmark for many weekend runners — tough enough to test you, without requiring the training and time commitment of a full marathon or even a half-mary. And there was such a low barrier to entry — as Bruce Springsteen put it, “Baby we were born to run” — that it became a favored weekend activity for a lot of people in the 2010s.

Still, running has stuck around... and even evolved. Case in point? Obstacle course racing, where runners will face monkey bars, walls, and rope climbs. Now that’s a sport to watch: our national team swept all the events in this year’s SEA Games.

The decade also saw a number of class-based workouts, mostly geared towards the female gym-goer.

There’ve been a number of these in the past 10 years: ballet-based barre, Pilates on a mat or a sliding platform called the “reformer”, the ever-popular, constantly updated Les Mills classes.

Then there is spinning. In the States, SoulCycle took the indoor cycling class and blended it with a bunch of different elements — the pounding beats of a dance party, the life-affirming positivity of yoga, the Instagrammable aura of a boutique resto, a little light weights — to create a fitness phenomenon.

It’s a concept that was successfully imported to the Philippines. By the latter half of the decade, a clutch of impossibly cool spinning studios scattered across Manila were packed to the gills every night, instructors yelling out encouragement and cheering on participants to shift that resistance knob just one more turn to the right. 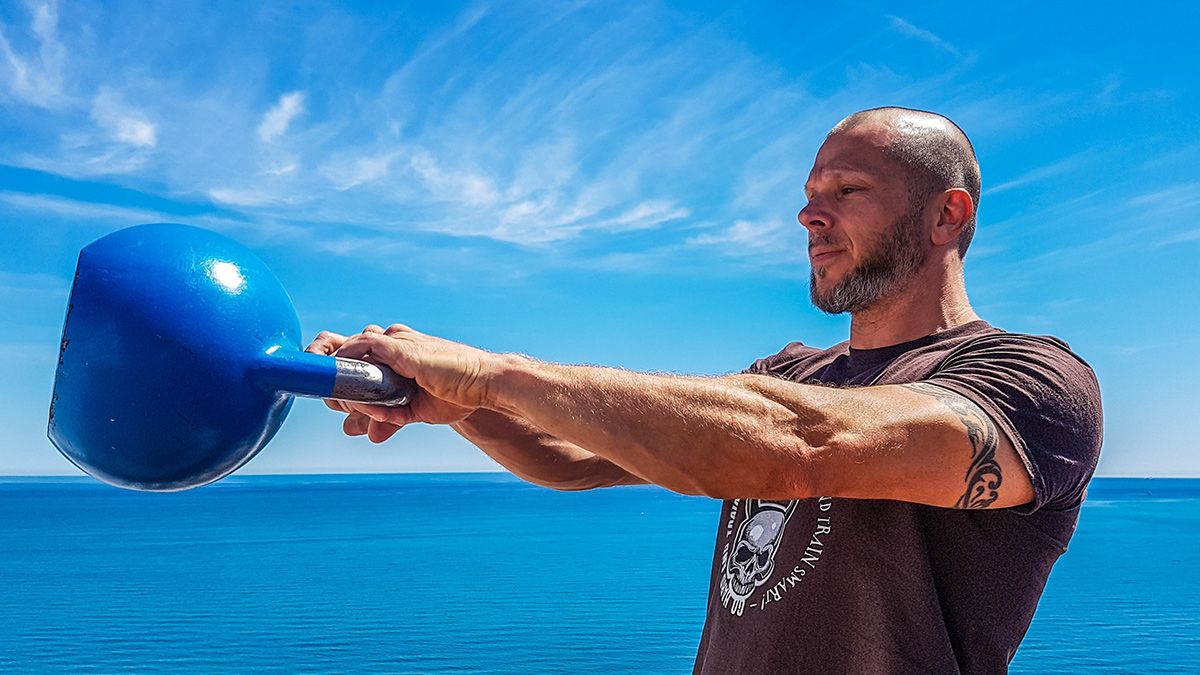 It’s interesting to chart how an obscure, oddly shaped Russian workout tool became a common fixture at even your neighborhood bakal gym. But the swing (a fundamental move where you hinge your hip to drive the cannonball weight forward) is only the beginning. Ever heard of kettlebell sports?

“Since 2015 there has been a steady growth of kettlebell ‘meets’ or competitions that have grown the Philippine kettlebell community,” said Timothy Kiel Ayson, Philippine representative of the World Kettlebell Sport Federation. In these meets, participants compete across a number of different lifts and weight classes, all looking to get quality reps on the bell.

“Last December 1, there was a competition here that had over 100 participants,” said Ayson. “That is a first, not only in the Philippines, but in the whole southeast Asia.”

In a basketball country, it pays to pay attention to strength and conditioning trends that are going on in the NBA. And one of the major shifts that happened was that coaches began paying attention to unilateral, or single leg, exercises.

"I think it changed the athletic training world," said Julio Veloso, who's spent much of his career as a strength and conditioning coach for various PBA and collegiate teams. "Before, leg exercises were focused on squatting and deadlifting, with single leg exercises limited to machines."

But both research and experience, he pointed out, have shown that inserting one-leg moves in workouts can help prevent injuries in the lower body. It makes sense: the actions you do in sports, as a rule, are performed one leg at a time.

In this decade, recovery also became a vital part of the fitness conversation.

All well and good, especially with fitness buffs pushing themselves to the limit with all-out interval training. Static stretches, once traditionally done before physical activity, were repurposed as cooldowns in the post-workout phase. And new tools, like the tube-shaped foam roller, became another common sight at many gyms.

While "the supposed benefits of foam rolling have been recently shown to be exaggerated," Veloso agreed that a greater focus on recovery was one of the decade's big fitness breakthroughs. Now, athletes and weekend warriors can take their pick: ice baths, float pods, post-workout protein... and, as NBA players from Zach LaVine to LeBron James can attest, a good old-fashioned nap. 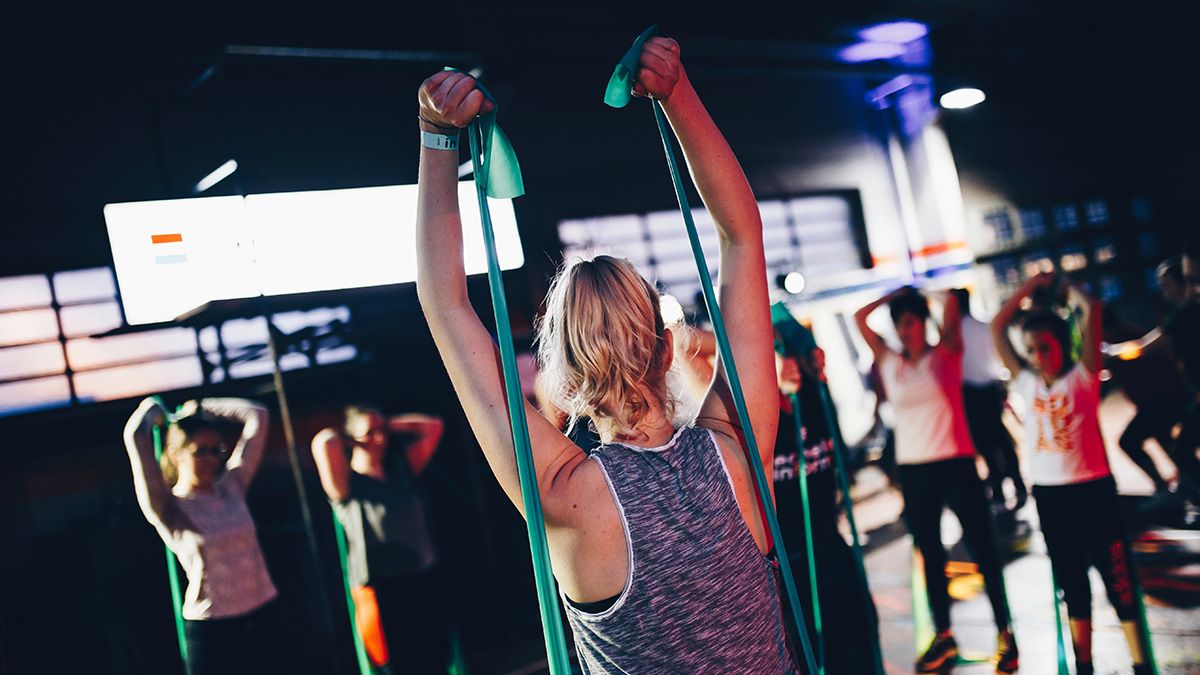 And of course, how could we forget zumba?

A look at the Google Trends data from 2005 to the present says it all. Data don't lie: from March 2011 onwards, Zumba fever gripped the country (or at least, the Google-searching parts of it), and never let up.

Hey, when even your local barangay hall offers free zumba, who are we to deny that it's one of the biggest fitness trends of the decade?