THE victorious Philippine wushu and sepak takraw teams hope their recent success in the world stage would result in a favorable campaign for the country in the Asian Games two years from now.

The golden feats should augurs well not only to the Filipinos’ campaign in next year’s Southeast Asian Games in Malaysia, but also in the 2018 Asiad in Indonesia, according to top officials of both sports.

“We’re preparing her (Divine Wally) for the Asiad, kasi walang sanda sa SEA Games next year,” Wushu Federation of the Philippines secretary-general Julian Camacho said for his part, who was also with Hergie Bacyadan (silver medalist) and Francisco Solis (bronze medalist) in the forum presented by San Miguel, Accel, Shakey’s, and the Philippine Amusement and Gaming Corp.

The decision of the SEA Games Organizing Committee to exclude sanda (combat) in the wushu competitions of the biennial meet easily denies the country of at least winning four out of the expected eight gold medals up for grabs.

Only taulou (form) will be played in the 2017 SEA Games in Kuala Lumpur.

Camacho however, expressed confidence of a better shot at an Asiad gold especially with the way the wushu team achieved what he referred to as ‘its best ever showing in the Sanda World Cup.’

“Dapat nga three golds yan,” said the long-time wushu official as he lamented the loss of the 21-year-old Bacyadan to Sharhbano Mansouriyan Semiromi of Iran in the finals of the female 65 kg. category.

The pair of Huerte and Gonzales meanwhile, would rather not think that far yet, opting to concentrate instead of giving the country its first gold in sepak takraw in the SEA Games. 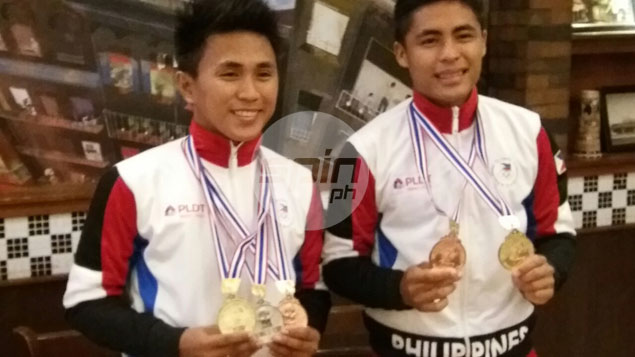