NEWMARKET, England — Kameko upset the odds to beat Pinatubo to win the 2,000 Guineas in a record time on Saturday, giving jockey Oisin Murphy his first Classic.

The time of one minute and 34.72 seconds at Newmarket surpassed the previous fastest victory by Mister Baileys in 1994 by 0.36 seconds.

With no fans present, Murphy had planned a way to celebrate his 10-1 win with trainer Andrew Balding but wisely changed his mind.

"I wanted to carry him on my shoulders and swing him round and make him dizzy," Murphy said. "But first of all I'm not big enough and strong enough to do that, and secondly there would have been a lot of bad press tomorrow morning."

Pinatubo entered the race unbeaten in six juvenile starts and with the highest 2-year-old rating for 25 years. But the 5-6 pre-race favorite finished third behind 15-2 shot Wichita, ridden well by veteran Frankie Dettori.

Pinatubo and Kameko were strongly challenged by Wichita. But Kameko found extra speed in the final half furlong to hold off Wichita by half a neck, with Pinatubo a length back.

"It means the absolute world to me. It's the stuff of dreams," Murphy said. "It was a gutsy performance. He hardly blew a candle out afterwards, he must have a tremendous amount of ability." 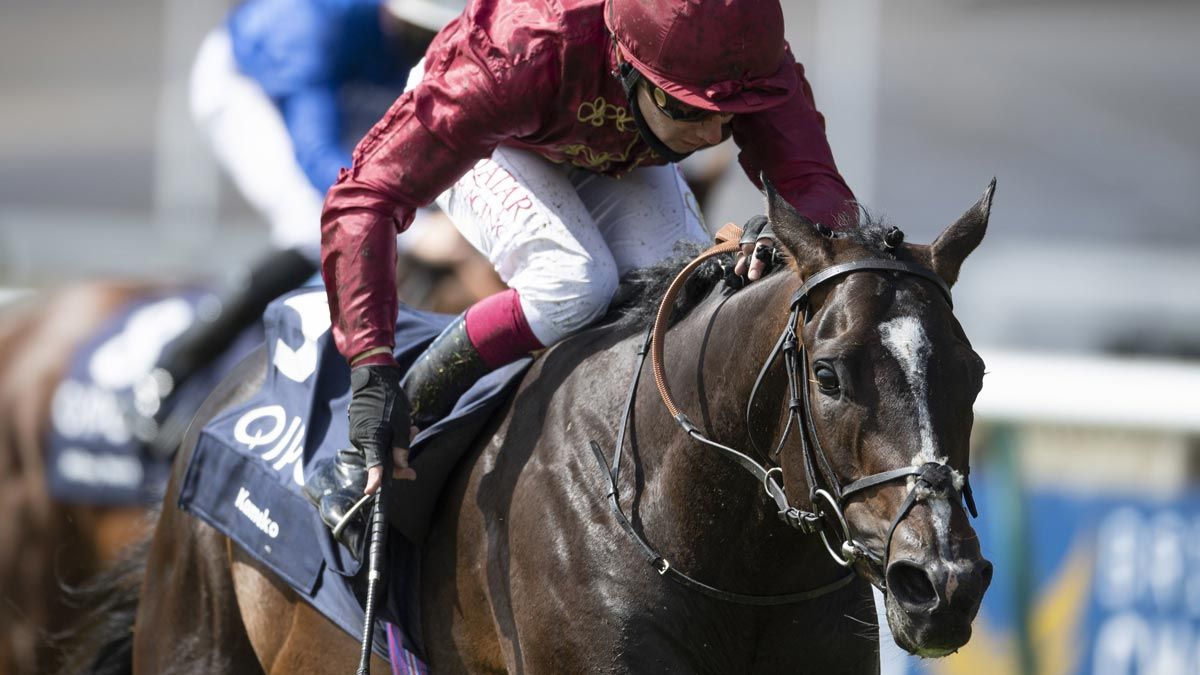 Murphy had kept his expectations down, even though he was among the contenders.

"I'm afraid to dream too big as often races don't work out as you'd planned or the result isn't the way you want it to go," he said. "This horse had trained very well without us doing anything silly on him at home and I was really pleased. I think really and truly Kameko is a very good horse."

"He was doing his best work late on and this is his minimum. He will stay further than this," Balding said. "I was always confident he would get on top."

There were no fans watching the race because of restrictions amid the coronavirus pandemic, but that did little to dampen Balding's jubilation.

"This is massive, as a Classic is a Classic whenever it is run. It has been a long time since I last won a Classic," he said. "It is huge and we are very grateful to everyone who has worked hard to get racing back on."