TOKYO - Top Philippine medal hope Caloy Yulo was broken but unbowed at the end of his campaign in men's gymnastics on Monday, vowing to keep chasing his lifelong dream of winning an Olympic gold medal.

"Hindi po ako susuko," he said defiantly at the end of the men's vault finals where he fell a whisker short of a place in the podium.

The medal-less campaign was not what Philippine officials expected from Yulo, who came in as the reigning champion in the floor exercise with two years of continious training in Japan behind him.

But a below-par performance in the qualifying phase that left him out of the finals of his favorite floor exercise event suddenly dimmed his medal chances.

He put on a heroic performance in the only event where he reached the finals, getting into contention behind a Dragulescu handspring double front with half turn that earned him a 14.866 - the second highest jump in the entire vault program.

However, his 14.716 aggregate fell just .017 points off the bronze-medal winning 14.733 points of Armenia's Artur Davtyan and .067 behind gold winner Shin Jea Hwan of Korea and Russian silver medalist Denis Abliazin (both 14.783).

So near and yet so far

He rued a shaky landing in his first jump where he stepped out of the line, saying it cost him a medal.

Yulo has been based in Japan for five years and hasn't seen his family in the Philippines since he saw action in the 2019 Southeast Asian Games. He longed to see them again but still can't, saying he is set to compete in a Japan tournament next month. 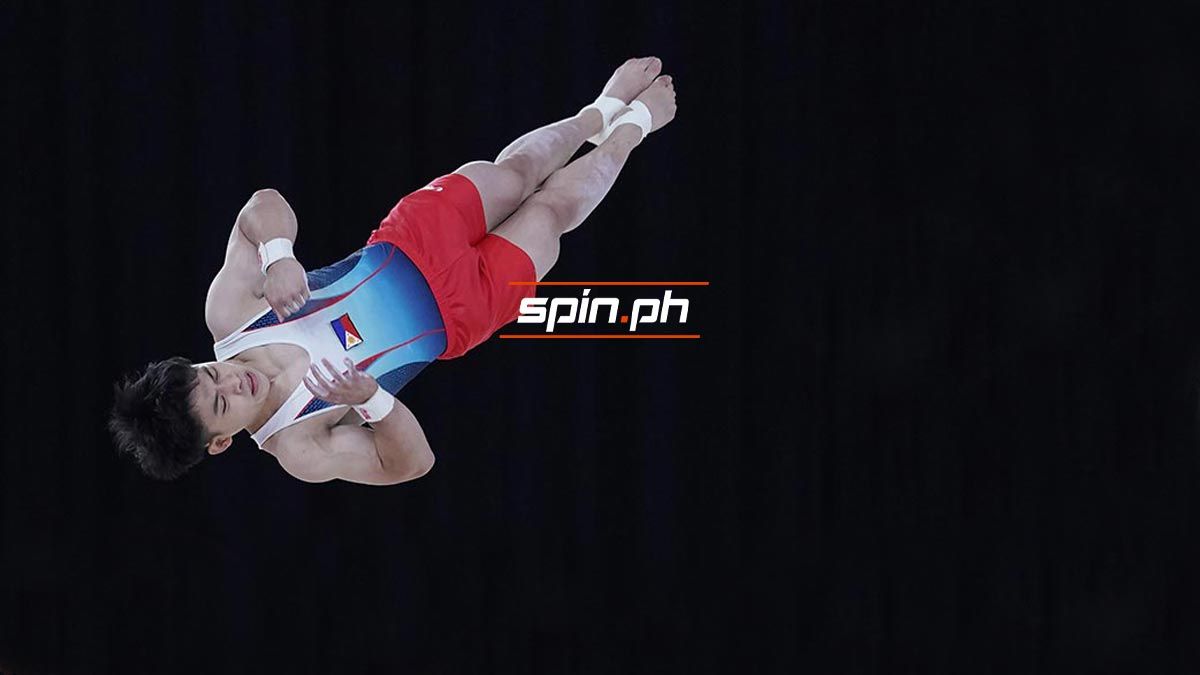 Disappointed as he was, Yulo believes this is just a temporary setback, promising to continue on in his quest for an Olympic gold medal.