The Tokyo Olympian will compete in the second day of the men's qualification round in the floor exercise beginning at 6:10 p.m. (5:10 p.m. Philippine standard time) where he will be the defending champion. Yulo captured the apparatus in 2019 in Stuttgart, Germany. 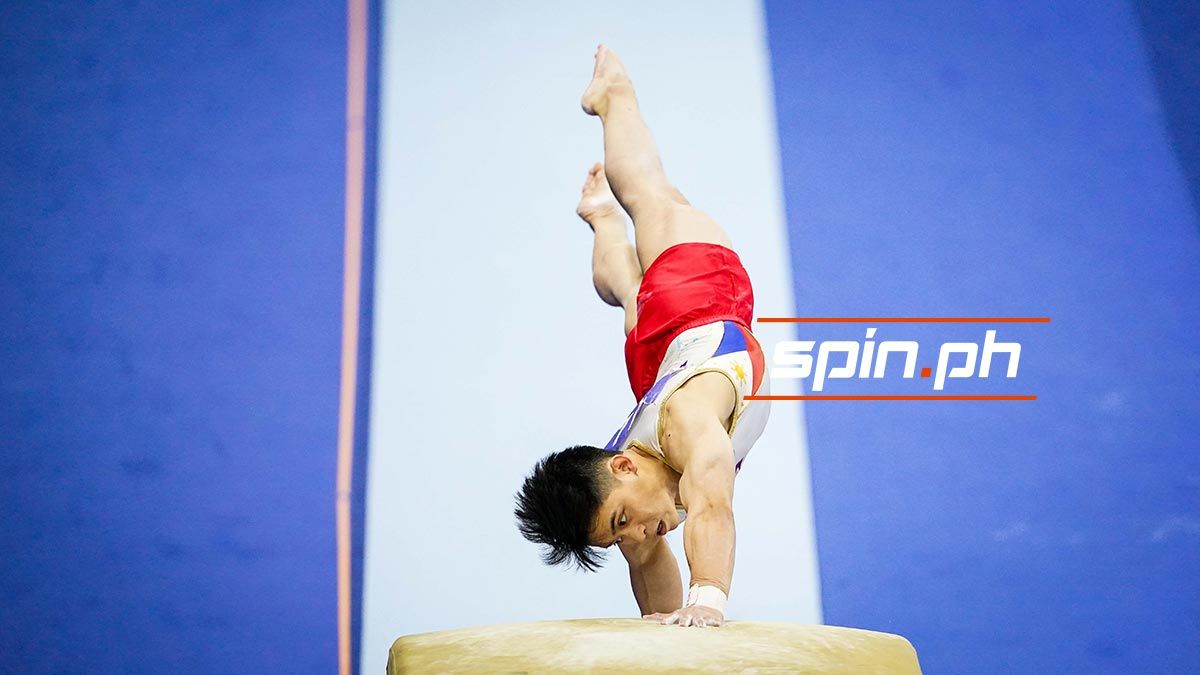 The top eight gymnasts in each of the apparatus will move on to the finals and a shot at a medal.

The 21-year-old Yulo will be in his first major world competition since the Tokyo Olympics where he missed the final of the floor exercise where he was considered one of the favorites. But Yulo salvaged his campaign by placing fourth in the vault, barely missing a podium finish.

Yulo has since been training relentlessly since the Olympics, and last September, captured gold in the floor exercise of the 2021 All Japan Senior and Masters Championship.

In an interview with the International Gymnastics Federation website, Yulo said he is treating every competition as if it was the Olympics, eager to make up for his disappointing result in Tokyo.

Yulo also bared that although his expertise is the floor, he is looking forward to improving himself in the vault and parallel bars with an eye of competing in the all-around in the 2024 Paris Games.

“I feel all of this competition will be revenge, all of it. This is like the Olympics. Every competition, big or small, I’m going to treat like it’s the Olympics, because my target for the 2024 is all-around, and my specialties are floor and vault.

“I’m getting good at parallel bars, I think I can say that, but I think it’s not enough if you compare me to the world class gymnasts. But I believe in myself that I can do that someday,” said Yulo.

Being the world championship of the sport, some of the big names are entered including all-around Olympic gold medalist Daiki Hashimoto of Japan.