ROGERS, Arkansas — A Lim Kim, Katherine Kirk and Eun-HI Ji each shot 8-under 63 on Friday (Saturday, Manila time) for a one-shot lead over Sarah Burnham after the first round of the Walmart Northwest Arkansas Championship.

Five others — Nasa Hataoka, Lindsey Weaver, Pajaree Anannarukarn, Aditi Ashok and Klara Spilkova — were another stroke back after 6-under 65s at Pinnacle Country Club.

The US Women’s Open champion had four birdies against two bogeys to stand six strokes off the pace.

Dottie Ardina carded a one-over 72 for a share of 98th place.

Bianca Pagdanganan shot a 76 and was in joint 135th.

Kim, of South Korea, and Burnham posted career-low rounds, while Ji, the 2009 US Women's Open champ, matched her career best.

Kim, the 2020 US Women's Open winner, didn't make her first birdie until the seventh hole, and that kicked off a run of five straight from Nos. 7-11. She added another birdie at the 16th and punctuated her round with an eagle on the par-5 18th.

Kirk, from Australia, and Ji each recorded eight birdies, and Burnham had seven, all with bogey-free rounds.

"It was fun," said Kirk, a three-time winner on the LPGA Tour. "I got off to a good start and this is the kind of golf course where you just have to keep the pedal down. I was fortunately able to do that and rattled in four birdies on each side."

Kirk is one of three golfers to have played in all 15 editions of the tournament, along with Brittany Lang and hometown favorite Stacy Lewis, the 2014 champion who played collegiately at Arkansas in nearby Fayetteville.

Lewis lurks four shots back after an opening 67. 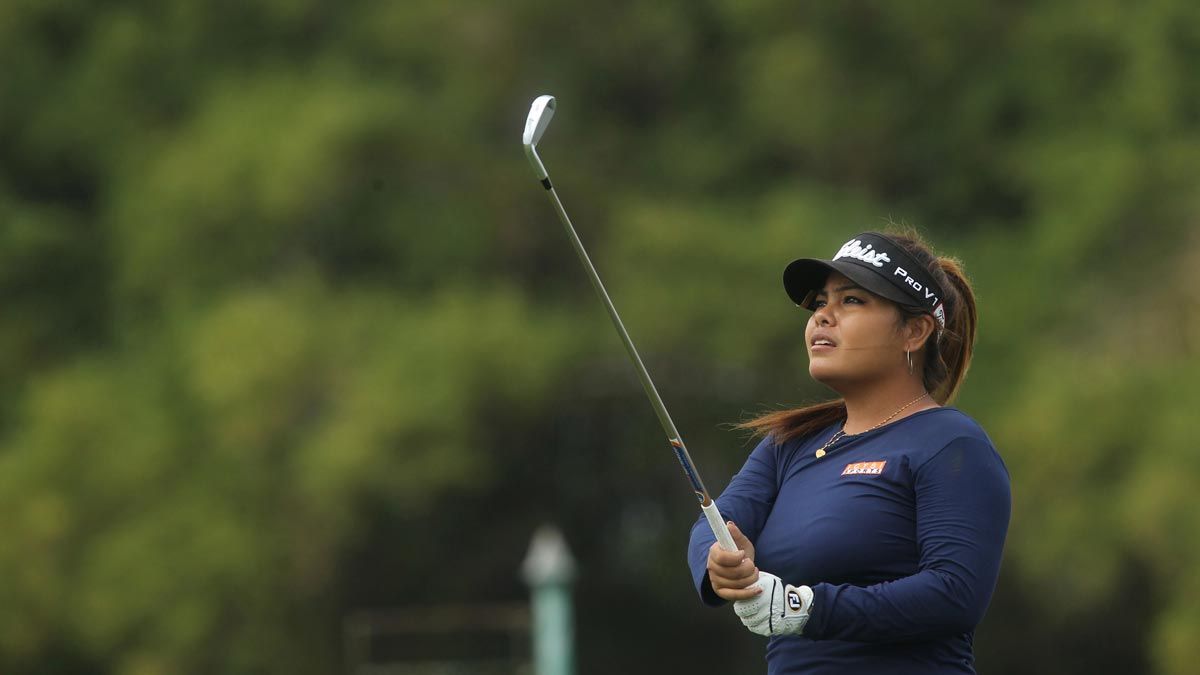 Lim is playing the event for the first time. She had no problem with the near-perfect weather and scoring conditions.

"Tight grass and clear greens, I love it," Lim said.

Burnham came in at No. 132 on the CME points list and needs strong finishes over the final four weeks to keep her LPGA card.

"I just wanted to get off to a good start today," Burnham said. "I just told myself to swing easy and play it smart and we'll see what happens. Things worked out, and I made a lot of putts. This is one of my favorite weeks on tour. The course is so beautiful with the little creeks throughout the course and just super nice greens."

Ariya Jutanugarn of Thailand, a two-time major winner and twice a winner this year, is among six players three shots off the lead after an opening 66.

Some of the tournament's biggest names are in a group of 13 golfers at 4-under par, including Lewis, Lexi Thompson, Brooke Henderson and Minjee Lee. Amateur Brooke Matthews, a senior at Arkansas, was also at 4 under.