WEST CALDWELL, N.J. — One more round in the 60s at the Founders Cup is all Jin Young Ko needs to join Annika Sorenstam in the LPGA Tour record book.

That might be all it takes to win the Founders Cup, too.

Ko picked up her fourth birdie on the par-5 16th and closed with two pars for a 2-under 69, giving her a four-shot lead on Saturday (Sunday, Manila time) at Mountain Ridge as she tries to win for the third time this year.

Fil-Japanese Yuka Saso completed her second round for a 70 then added a 67 to gain a share of second spot with three others.

The US Open winner had five birdies and a bogey in the third round, moving to nine-under.

She joins Elizabeth Szokol, who shot the day’s best 65; Lindsey Weaver, who carded a 69; and twice major champion So Yeon Ryu, who fired a 71.

The 26-year-old Ko has been on a tear since July, with two victories, a runner-up and three other top 10s in her last six events. Even more impressive is her last month.

Saturday was her 13th consecutive round in the 60s, one off the LPGA record Sorenstam set during a four-tournament stretch in 2005, when she had 10 wins and was halfway to the calendar Grand Slam.

Ko played bogey-free on the back nine and stretched her lead to four shots.

Ko was at 13-under 200 as she tries to match Nelly Korda as the only three-time winners on the LPGA Tour this season.

Korda, who also won the Olympic gold medal, replaced Ko at No. 1 in the world in late June by winning her first major at the KPMG Women's PGA Championship.

The 23-year-old American had not played in a month since a U.S. loss in the Solheim Cup. She had a 68 on Saturday and was in a large group at 7-under 206 that included Maria Fassi, Caroline Masson and Lexi Thompson.

What motivates Ko as much as anything is going home. This is her fourth straight tournament. After a week off, the LPGA Tour plays its lone Asia event in the fall in South Korea.

"I don't want to think about win," Ko said. "Just think about my swing or my putting. And I will have fun with my caddie, Dave Brooker. And yeah, after tomorrow I will go back to Korea. So that's going to be motivation for me." 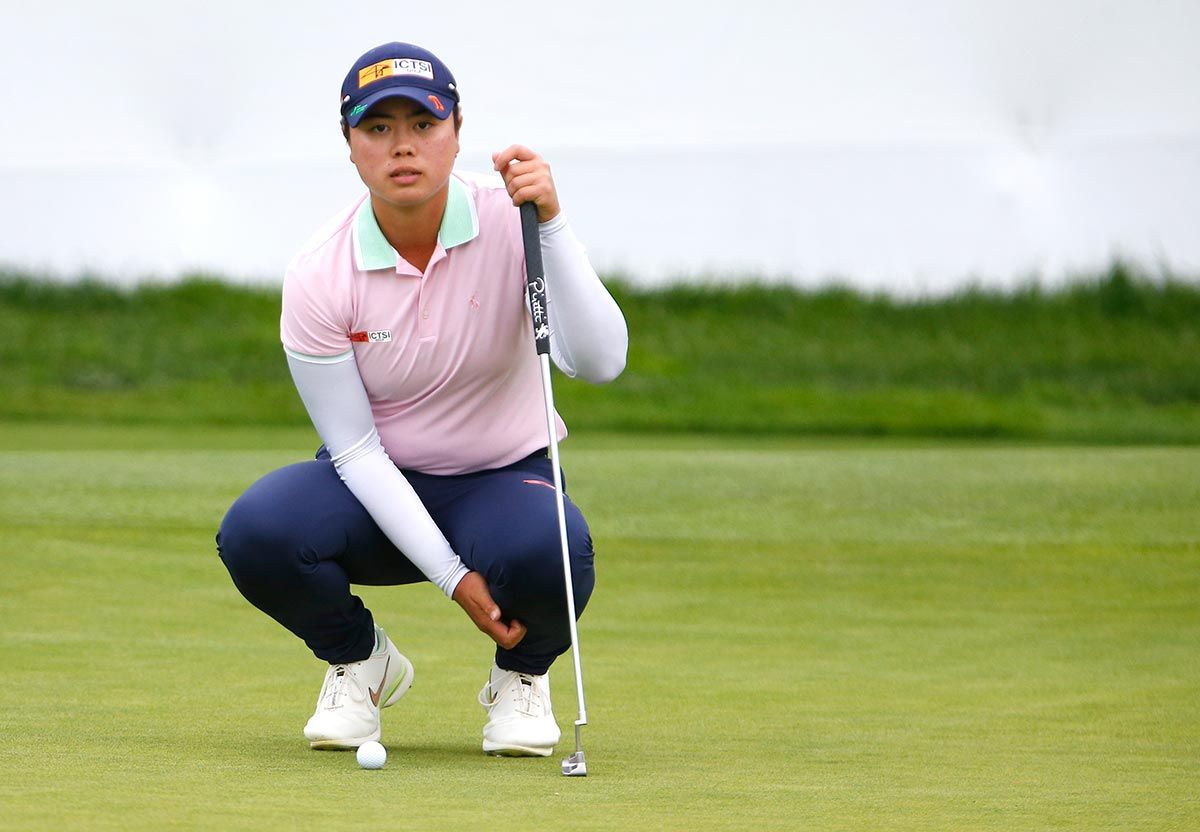 As big as the win would be a chance to join Sorenstam in LPGA history.

The streaks are similar, but only in score. Sorenstam had three victories in her four-tournament run where she set the record with 14 straight rounds in the 60s. Only one was a 54-hole event. Her streak ended with a 1-over 73 in the final round of the LPGA Championship, which put her halfway home to a calendar Grand Slam.

Sorenstam's average score in those 14 rounds was 67.1.

Ko played three straight 54-hole events — the first one in Portland, Oregon, was reduced by one round because of weather — and has one victory, a runner-up last week at the ShopRite LPGA Classic and a tie for sixth in Arkansas.

Now it's about holding off a list of challengers that include Saso and Ryu, along with dealing with increasingly tough conditions. It was cooler in northern New Jersey with a stronger wind than the weekday rounds, making the Donald Ross design more of a test.

Ryu didn't have her best golf Saturday. She was 3 over at the turn and falling out of contention when she rallied with three birdies and no mistakes on the back nine to at least stay within range of Ko.

"I just told myself like nothing to lose," Ryu said. "If I'm not going to win, second position or 20 position is nothing really different. So just keep telling myself, 'Just be at the present. Don't think about the big picture. Let's think about each shot.' And then told myself to be confident."

Szokol made three birdies on the par 3s and got in the mix with a strong front nine, overcoming her lone bogey on the 17th with a birdie on the par-5 closing hole.

"I just really tried to focus in on hitting fairways, so just kind of adjusted for the wind and definitely had a lot the putts fall, which was great," she said.