FORT WORTH, Texas — The PGA Tour went three months without playing. It took three days to show fans what they were missing, even if all they could do was watch on TV.

Eight players had at least a share of the lead at some point on Saturday in the Charles Schwab Challenge (Sunday, Manila time). When the third round at Colonial ended, 14 players were separated by three shots.

And not just anybody.

Xander Schauffele, among the growing roster of young stars in golf, finished off his six-birdie round with a 12-footer on the last hole for a 4-under 66.

The five players one shot behind included Jordan Spieth, whose short game helped him navigate some early trouble and nerves. He had the lead until going not making a birdie on the back nine. Still, his 68 gave him his best 54-hole position since Colonial a year ago as he tries to end three years without winning. 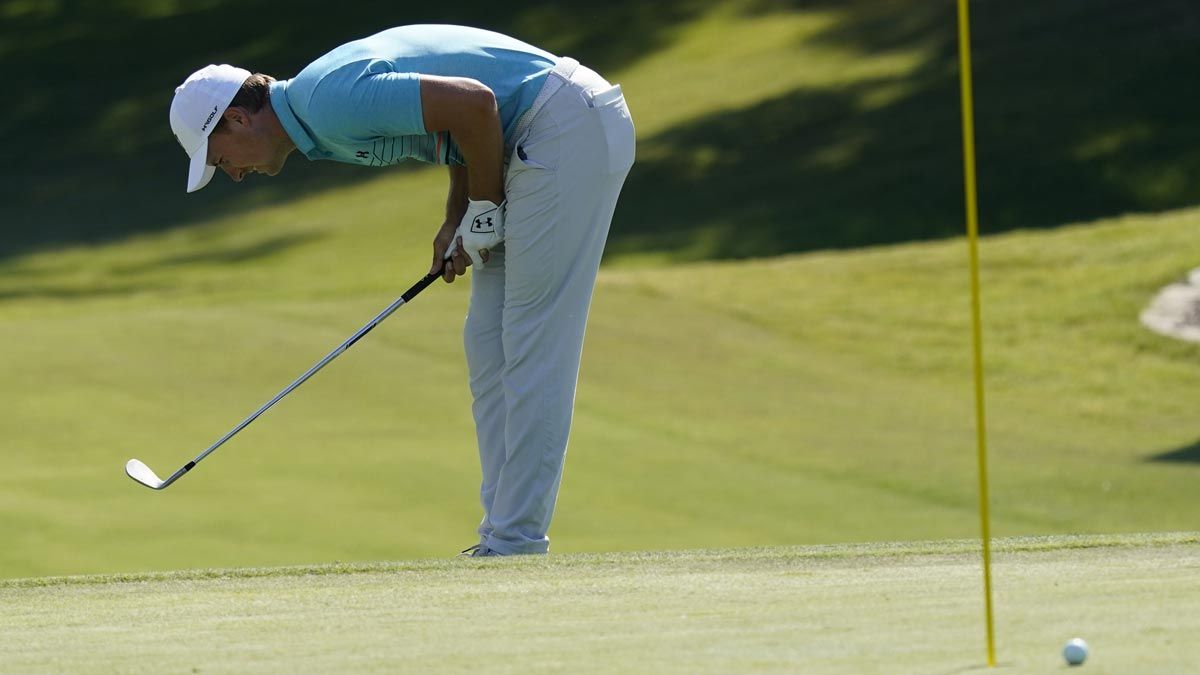 Also one shot behind was Justin Thomas (66) and US Open champion Gary Woodland, who quickly got into the mix with birdies on his last two holes for a 66.

Rory McIlroy (69) and Justin Rose (68) were among those three shots behind. Patrick Reed, who had to birdie three of his last six holes Friday to make the cut with one shot to spare, shot 63 and was three back.

All this with hardly any noise.

"I don't have like a huge effect on the crowd I'd say, so not having fans isn't the craziest thing to me," Schauffele said. "It just does feel like I'm playing at home with some of my buddies. It's quiet. You make three birdies in a row, you can kind of give yourself a pat on the back."

This wasn't entirely a TV show. A few houses in the Colonial neighborhood put up their own hospitality tents to see limited golf, the rowdiest behind the 16th tee and another down the 15th fairway. Fans gathered on the balcony of an apartment complex along the 14th, which also brought ou the first, "Get in the hole!" since the PGA Tour returned for the first since since March 12 because of the COVID-19 pandemic.

On the course, there were no bursts of cheers as Spieth rammed in a 40-foot putt on the eighth hole or stuffed his approach to 3 feet on No. 9 to take the lead. A few dozen of the essential personnel — broadcast crews, volunteers for scoring — were around when Schauffele made his birdie for the lead at 13-under 197.

But there are leaderboards that show only the score — no need for updates on FedEx Cup leaders or statistical data for each player as he prepares a shot because that's for the fans, and there are none. 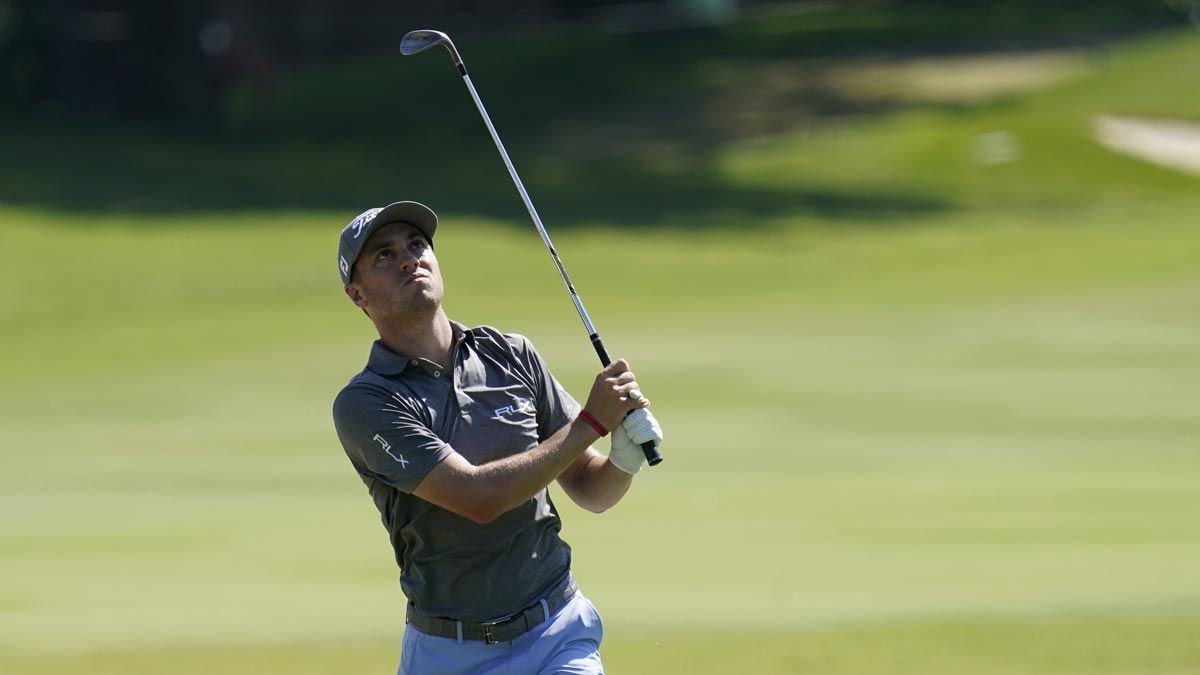 That will be the only way anyone knows where they stand in what figures to be a wild chase to the finish.

"When you have spectators and things, you get on a roll, and most of the time you feed off of that," said Branden Grace, whose third straight 66 left him one shot behind. "I remember when I won Hilton Head and played well in the majors, the crowd started getting behind you and you start feeling like you can't do anything wrong. At the moment, it's just you and your caddie out there."

Colonial is the first of five tournaments in the return to golf that doesn't allow spectators. Players have had three days to adjust to the lack of sound. Sunday is different, everyone trying to generate their own momentum without the energy typically delivered from outside the ropes.

"When you get into contention and have a chance to win a golf tournament, that adrenaline starts pumping," Woodland said. "It's been a little different. The first two days there wasn't too much adrenaline. There will be adrenaline going, which you have with fans or without fans. Tomorrow should be fun."

Spieth passed a big test, with another to come as he tries to end nearly three years without a victory. Five times last year, he started a tournament with two rounds in the 60s and was left behind when he couldn't break par on Saturday.

There were a few anxious moments for him, such as an iron off the fifth tee that would have finished on the practice range if not for a fence in place for the tournament. He got up-and-down from short of the green to escape with birdie. His next tee shot was right and banged off a cart — one the loudest sounds of the day — leaving him blocked by a tree. He punched it low into a back bunker and saved par.

But he didn't make a birdie over the final nine holes, and the 15th cost him when he decided to wait for the players to hit on the 16th tee and started thinking too much about an 81-yard wedge. He hit it fat and made bogey.

" I feel comfortable going into tomorrow that I can shoot a good score," Spieth said. "If it happens, it happens, and if it doesn't, it doesn't. But I learned a bit about what was going on when I really felt kind of the nerves kick in today, and hopefully compensate for that tomorrow and hit some better shots."

The field was the strongest Colonial has seen, not surprising because so many players stuck at home for the last three months were eager for competition. And this week has made clear that so many of them came to play.