Webb Simpson comes out on top in playoff this time, beats Tony Finau at TPC Scottsdale

SCOTTSDALE, Arizona — Webb Simpson was in big trouble when he drove into the right-side water on the par-5 15th.

"I didn't think it was over," Simpson said. "But I thought, 'I'm going to really have to do something special to get back in it.'"

He did — at friend Tony Finau's expense on Sunday (Monday, Manila time) in the Waste Management Phoenix Open on a TPC Scottsdale course that played tougher with firm greens and a touch of wind.

Simpson birdied the final two holes of regulation to force a playoff with Finau, then won with a 10-foot birdie putt on the first extra hole.

Two strokes ahead with two holes left, Finau missed an 18-foot birdie try in the playoff on the par-4 18th after driving left into the church pew bunkers.

Simpson two-putted for birdie from the fringe on the short par-4 17th and made a 17-footer for birdie from the edge of the green on the 18th. Finau, after hitting a 366-yard drive and an approach to eight feet, missed a chance to win when his birdie try slid right. 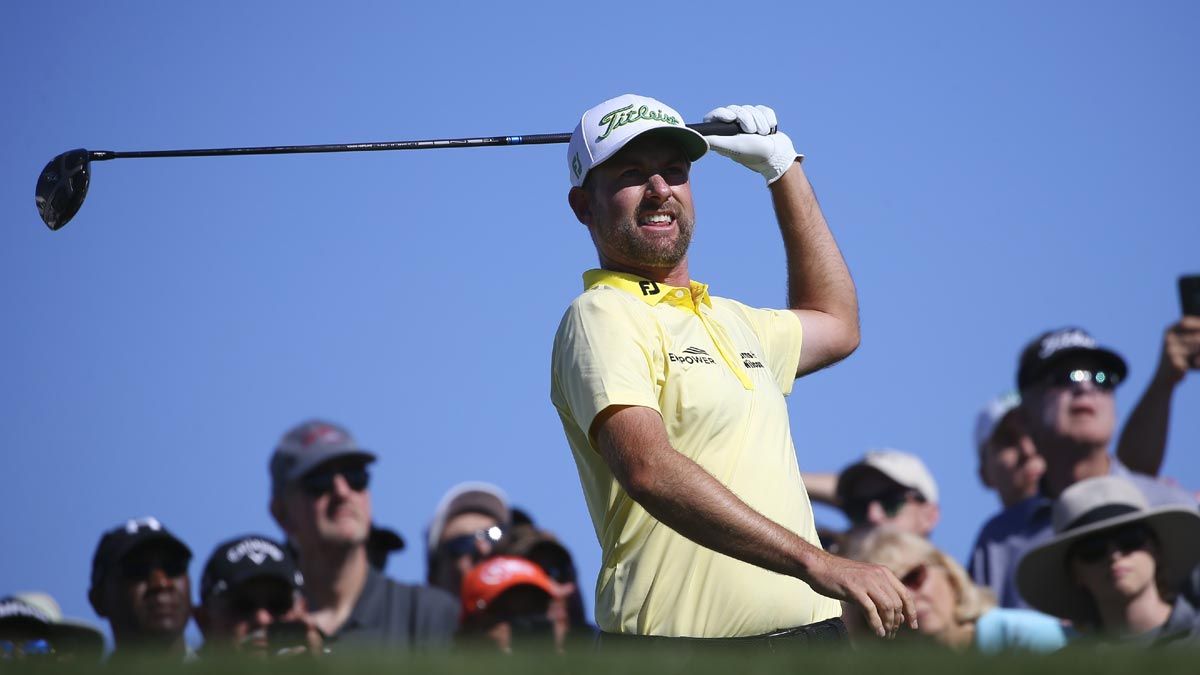 "Today was a lot different. Today played tougher," Simpson said. "I thought the pins were very tough, by far the toughest day of pins, course was longer, we had wind. We hadn't had wind all week, so everything today was harder."

"I hit good putts," Finau said. "The first one I hit really good, I thought I made it. ... Second one, similar line, a little bit farther, decided to play a little bit more break and it didn't break."

Simpson won his sixth PGA Tour title and first since the 2018 Players Championship. The 2012 US Open champion improved to 2-5 in playoffs, three years after falling to Hideki Matsuyama in extra holes at TPC Scottsdale. Simpson also lost a playoff in November in the RSM Classic.

"I think getting frustrated after RSM led to being better prepared for today," Simpson said.

"I started the week off right, just getting a checkup from him," Simpson said. "And two weeks of rest, I came in feeling ready to go."

Finau missed a chance for his second PGA Tour victory. He also lost a playoff to Xander Schauffele in November 2018 in China in the WGC-HSBC Champions.

"I definitely didn't give him the tournament," Finau said. "Unfortunately, it's how the cookie crumbles. ... I love Webb. I think the camaraderie that I have with him as being one of my best friends out here, it would have been hard for either one of us to take this victory from each other. He got the upper hand this time, but I love that guy." 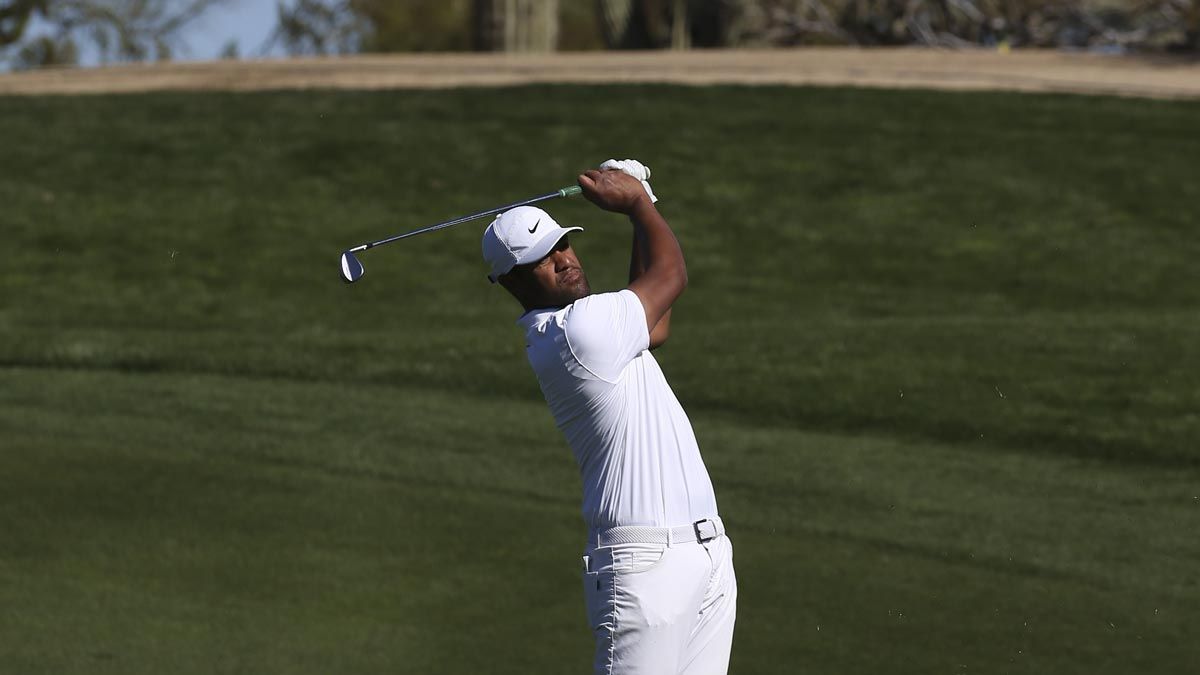 "It's hard. He is a great friend," Simpson said. "Our wives are friends and he's one of the best guys on tour. So it is a bit tough."

A stroke ahead of Simpson after a third-round 62, Finau parred the first seven holes, limiting his birdie chances with sluggish iron and wedge play. He bogeyed the par-4 eighth to end a 57-hole bogey-free streak, leaving an 8-iron from the fairway 65 feet short.

Finau made a big par save on the par-4 10th, holing a 25-footer to only lose one stroke after Simpson ran in a 5-footer for birdie and the lead.

They each parred the the par-3 stadium 16th, with Finau wearing a Kobe Bryant jersey on the rowdy hole. The PGA Tour cut the pin position in a tribute to Bryant, using his two Lakers uniform numbers. The pin was placed 24 yards from the front edge and 8 yards from the left edge, putting it in the back left corner. The flag had an 8 one side and a 24 on the other, and the numbers also were painted into the grass in front of the green.

Fourth-ranked Justin Thomas tied for third at 14-under after a 65, birdieing the 16th in a jersey from Bryant's days at Lower Merion High School.

"It's always a fun week here in Phoenix," Thomas said. "Somehow it gets crazier every year."

Bubba Watson and Nate Lashley also finished at 14 under. Watson closed with a 66, and Lashley shot 68.

DIVOTS: Jon Rahm tied for ninth at 11 under after a 70. The former Arizona State player needed a victory to jump from No. 3 to No. 1 in the world. "Great, tee to green," Rahm said. "Can't make a putt to save my life." ... Denny McCarthy holed a 38-footer on 16 to become the first player to birdie the hole in all four rounds since Luke Donald in 2003. McCarthy shot a 71 to tie for 59th at even par.