US Women's Open purse nearly doubles this year to $10 million

LONG considered the biggest event in women's golf, the US Women's Open now has prize money and future sites to match.

The US Golf Association announced on Friday (Saturday, Manila time) the purse will nearly double this year to $10 million (Around P513M), by far the richest in women's golf and challenging top prizes in women's sports.

The purse was $5.5 million when Yuka Saso won at Olympic Club last year.

Helping to make it possible was the USGA bringing on a presenting sponsor — Ohio-based PreMedica, a not-for-profit integrated health organization serving 28 states.

With ProMedica's backing, the US Women's Open purse plans to increase to $11 million and eventually $12 million over the next five years.

Along with a massive jump in money, the USGA is sending the women to some of the classic US Open designs that for decades have hosted the men. That list includes a return to Oakmont and Pinehurst No. 2, along with Riviera, Oakland Hills, Merion, Inverness and Interlachen.

The USGA said Pinehurst would host the men's and women's Open in successive weeks in 2029, just as it did in a highly successful debut in 2014. Martin Kaymer won the U.S. Open, and Michelle Wie captured her first major at the U.S. Women's Open the following week.

It's the first major initiative by the USGA since Mike Whan, the former LPGA Tour commissioner, took over as CEO last summer.

"The USGA prides itself on conducting championships that not only provide an incredible stage for the athletes, but also give younger players something to dream about," Whan said. "For more than 75 years, the U.S. Women's Open has been the one that every little girl, in every country around the world, has dreamed of winning."

He said the partnership with ProMedica helps make that happen. The health group also will be a marketing partner of the USGA, and its "ProMedica Impact Fund" will be the official charity of the Women's Open. The fund is committed to raising more than $1 billion over eight years for programs geared toward improving individual and community health.

"We'll push to change the game and what it means to young women worldwide in order to reach new heights every year," Whan said. 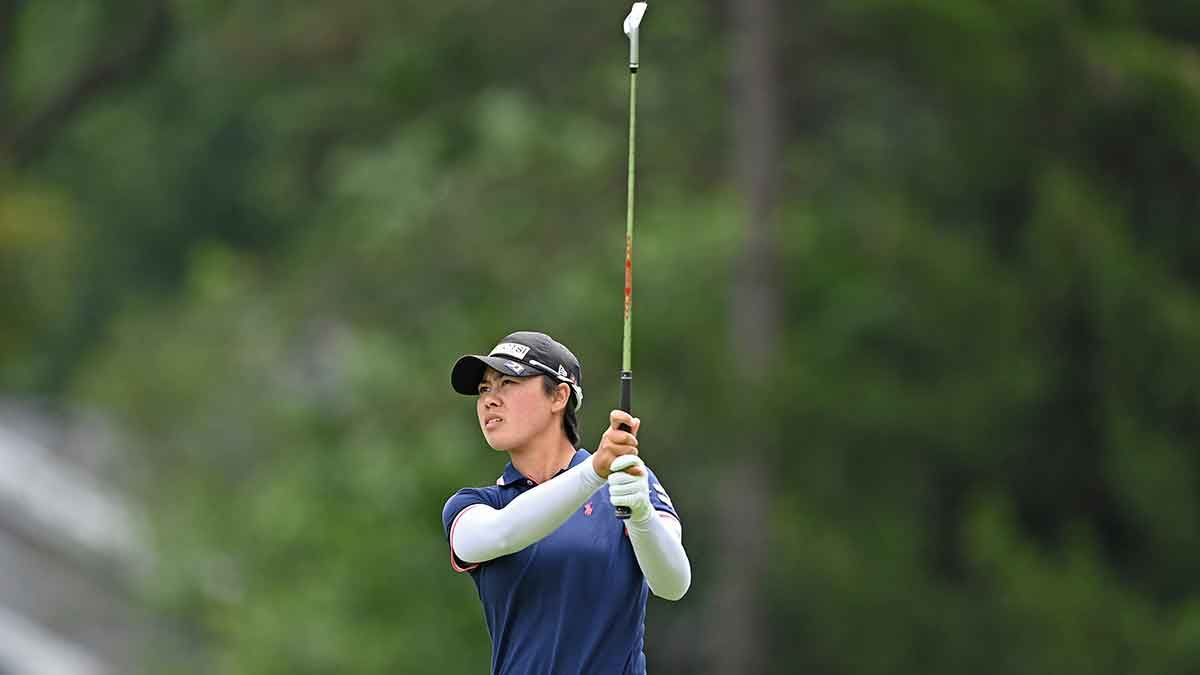 US Women's Open at Pebble Beach

The Women's Open is June 2-5 at Pine Needles Lodge in North Carolina, and then it moves to Pebble Beach for the first time the following year. Pebble Beach was already on the schedule.

Pine Needles has a short but strong history of the Women's Open, with a list of champions that include Annika Sorenstam, Karrie Webb and Cristie Kerr.

Only once had it gone to Pinehurst — the back-to-back weeks in 2014 — and Pine Needles was among the venues that could be labeled as the courses where the women played the Open.

The future lineup is filled with historic courses, such as Riviera and Merion, which have hosted U.S. Open over the years.

The announcement came two months after the LPGA Tour announced a 2022 schedule with 34 tournaments and higher purses. The U.S. Women's Open increase pushes the total prize money for the year just over $90 million.

"This is an exciting day for the LPGA, women's golf and women's sports more broadly," LPGA Commissioner Mollie Marcoux Samaan said. "We applaud our friends at the USGA and ProMedica for their vision and dedication to supporting the world's best female golfers.

"With this elevated purse and a phenomenal list of world-class upcoming venues, the U.S. Women's Open has not only cemented its place as one of the leading events on our global tour, but also as one of the most impactful women's sports events in the world."

Most telling among new sites was Oakland Hills on the list.

The Detroit-area course recently went through a major renovation under Gil Hanse, whose architecture firm was chosen to design the Olympic Golf Course in Rio for the 2016 Olympics. It has been trying to land a U.S. Open for the seventh time. Oakland Hills is where Ben Hogan famously "brought this course, this monster" to its knees when he won the Open in 1951, but it hasn't held the men's Open since 1996.

Hogan also won in 1948 at Riviera in Los Angeles, now site of the Genesis Invitational on the PGA Tour. It remains one of the more fabled stops on the West Coast, but was seen has not having enough room for all the infrastructure required for a men's major, such as the U.S. Open.

Inverness in Toledo, Ohio, most recently hosted the Solheim Cup. The Women's Open also is returning to Interlachen outside Minneapolis for the first time since Inbee Park won her first Women's Open in 2008. That will be played in 2030, the 100th anniversary of Bobby Jones winning the U.S. Open during his "impregnable quadrilateral" sweep of the four biggest golf tournaments of his day.

It was not immediately clear how much the winner would receive at the U.S. Women's Open. Saso earned slightly more than the typical 18% of the purse, with the USGA wanting to provide the biggest payoff at $1 million.

The prize money for the men's U.S. Open last year was $12.5 million. The purse for this year's event hasn't been decided yet.