DAVAO – Tony Lascuña moved 18 holes away from back-to-back victories after holding on to a five-stroke margin despite a 73 as the rest failed to mount a charge in the third round of the ICTSI Apo Golf Invitational on Friday.

Ferdie Aunzo, who took second spot halfway through the P3 million event, and Ira Alido, whose eagle-spiked 67 Thursday put him back in contention, both staggered as they allowed Lascuña to preserve his huge lead built around a 65-68 start.

Three flights ahead, Nilo Salahog sneaked into contention with three birdies at the front and two more in the last five, his 68 slashing Lascuña overnight 10-shot lead by half with a 54-hole total of 211.

He stood five shots behind Lascuna’s 206 aggregate but still gave the obscure pro a slim chance for a breakthrough victory in the event sponsored by ICTSI and serving as the eighth leg of the 10th season of the Philippine Golf Tour.

“There’s no need to attack. I just played it safe and avoided getting into trouble,” said Lascuña, who came into this event exuding confidence following a thrilling triumph in the PGT Asia leg in Taiwan last Sunday where he upstaged a couple of Thai aces and one of Taiwan’s rising stars to end a two-year title spell. 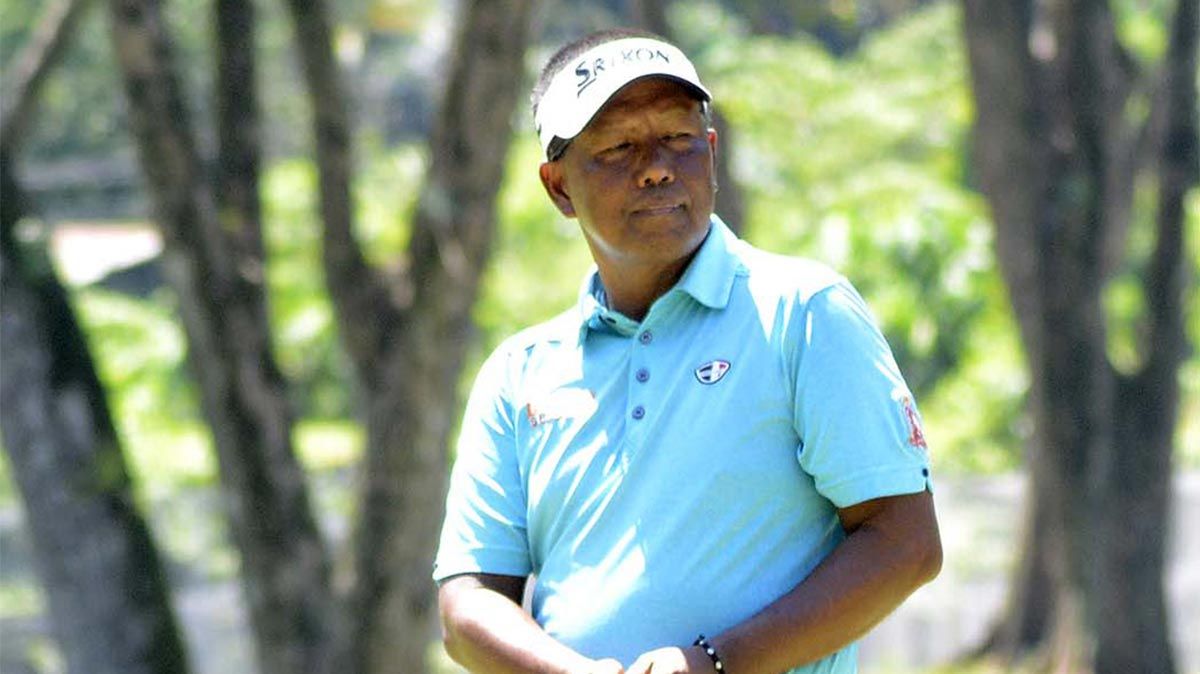 The 48-year-old shotmaker said an even par card would be enough to frustrate his challengers and net him the crown worth another P550,000.

“I’m not getting any younger and playing seven straight tournaments is no joke,” said Lascuña. “But I think I only need to score an even-par to win.”

Alido ended up with a 72, staying at joint third at 213 with Clyde Mondilla and Keanu Jahns, who both fired 68s, and Dutch Guido Van der Valk, who also matched 72.

Aunzo reeled to a 74 and tumbled to joint seventh with Paul Echavez and local amateur Elee Bisera, who both carded 71s for 214s.

Reymon Jaraula, who stunned Lascuña in a playoff at Pueblo de Oro last month, also rallied with a 68 to tie a faltering Gerald Rosales, who struggled with a 73, at 215 with 18 holes left in the event backed by Custom Clubmakers, Meralco, Champion, Summit Mineral Water, K&G Golf Apparel, BDO, Sharp, KZG, PLDT and M.Y. Shokai Technology.