TONY Lascuña turned a season of doubts into a year filled with hope, beating Keanu Jahns, 4 & 3, to crown himself the first-ever ICTSI Villamor Match Play men’s champion in Pasay on Friday.

Harmie Constantino earned a share of the limelight, coming through with a clutch chip-in birdie she described as “unexplainable” as she edged top amateur Rianne Malixi in a rain-drenched women's final that stretched to the 19th hole.

Lascuña’s margin of victory came as a big surprise for the affable Davaoeno ace, who had braced for a grind-out duel with a young, power-hitting rival after coming out of rigorous victories over Gerald Rosales and Clyde Mondilla in the quarters and semifinals, respectively, Thursday. 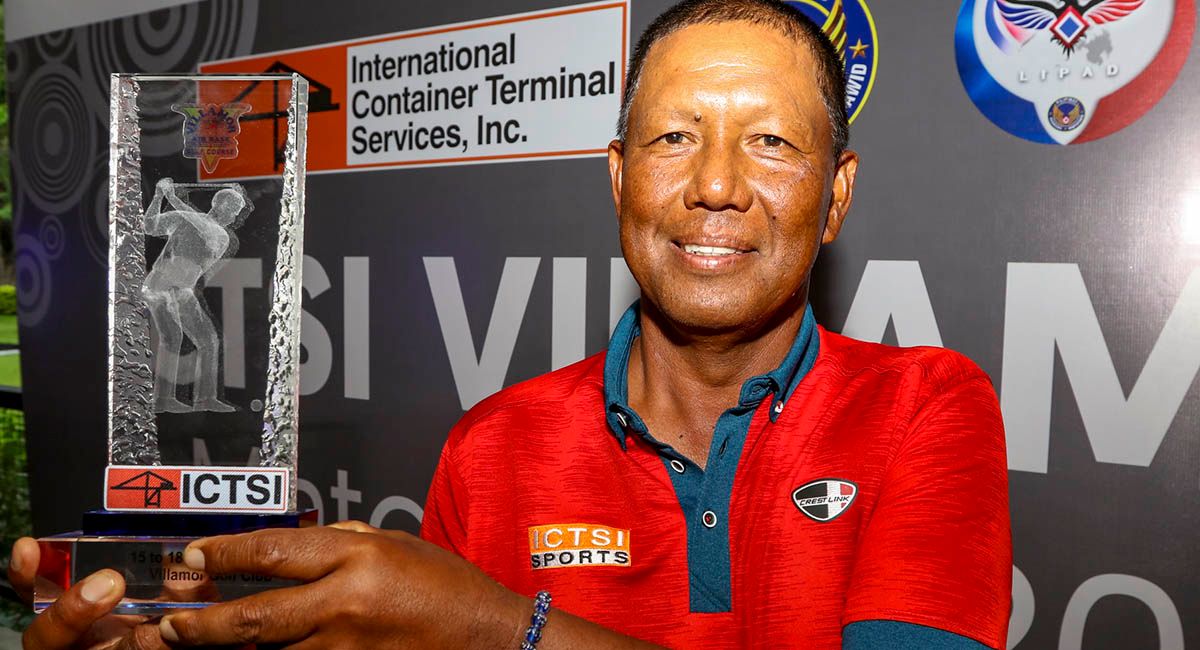 But driven by a desire to end the season with a win after settling for runner-up finishes in the last three Philippine Golf Tour regular events at Eagle Ridge-Aoki, Riviera and Pradera Verde, Lascuna humbled some of the tour's big guns.

Lascuna delivered as promised, easing past Paul Echavez, 3&1, in the first round, edging Angelo Que, 1-up, in the next then bundling out Rosales and Mondilla.

After matching pars with Jahns on the first hole, where his 27-year-old rival outdrove him but missed a flop shot from about 50 yards to the frontside bunker before salvaging the hole, Lascuna won the next after both cut the par-5 No. 2 with their power drives.

But while Lascuna barely escaped the first water hazard that left him with a 190-yard second shot, Jahns’ drove near the wall and hit a bailout shot too strong that it went straight to the second hazard.

He conceded the hole and Lascuna took the next with a 15-foot birdie putt that dealt so much pressure for Jahns, who flubbed his own birdie bid from 10 feet.

Lascuna held sway from there, going four-up at the turn and not even a slip on the cart path on No. 10 that caused him to fall to the ground failed to stymie his title drive.

But he, along with wife Cheryl Alferez and son Tony III, walked out of the Villamor Golf Club with ease what with a P280,000 winner’s check in hand and a sought-after victory he hopes would serve him in good stead when the next season is unwrapped two or three months from now.

Constantino trailed majority of the way, the last on the island green No. 17 which she conceded after Malixi hit her tee-shot just below the hole. But the former got a reprieve after Malisi hit an errant second shot on the par-5 18th into the water, sending the match to an extra hole.

As Malixi set up a 12-foot birdie putt on their second trip to the first green, Constantino holed out from the rough 40 yards away to deny the amateur star who had dominated this year’s Ladies Philippine Golf Tour with a sweep of all her stints at Luisita, Valley and Riviera.

When Malixi flubbed her tying putt, Constantino matched Lascuña’s P280,000 winnings in the novel championship capping the return of the two pro circuits put up by ICTSI to the mainstream.

“It’s unexplainable, hindi talaga ako makapaniwala (I just can’t believe it),” said Constantino. “My caddie and I were only trying to land it a couple of yards before the flag and make it roll out. I just wanted to make it as close as much as I can but not really hole it in. So, it’s a bonus.”