TONY Lascuña pulled through in a gripping battle of nerves with Angelo Que in a duel that extended to 19th hole on Wednesday in the ICTSI Villamor Match Play at the Villamor Golf Club.

Guido Van der Valk survived a big scare against Jerson Balasabas, 2&1, and Clyde Mondilla leaned on another big windup for a 2-up win over Jay Bayron.

Lloyd Go posted a second straight runaway win, a 7&5 rout of Zanieboy Gialon, while Miguel Tabuena battled back from three holes down to frustrate Rupert Zaragosa after three extra holes.

“Finally, I beat him (in match play). I lost to him twice in the North vs South duel,” said Lascuna after edging Que on the first extra hole of a tight battle between two of the Philippine Golf Tour’s winningest and most revered shotmakers.

“It’s an exciting and interesting game. I made eight birdies and Que had nine,” said Lascuna, who took charge twice but ended up at all-square after nine holes.

Que won the first two holes at the back but the second ranked Lascuna fought back to send the match back to where it started with the latter pouncing on the former's missed drive on their return to No. 1 and finishing with a routine par to clinch the duel that set up the four-time Order of Merit winner to a quarterfinal clash with former national teammate Gerald Rosales.

Rosales, Philippine Open champion in an all-Filipino event in 2000 and ranked No. 23 here, turned back 2019 PGT Palos Verdes leg winner and seventh seed Reymon Jaraula, 3&1, to match the reversals posted by No. 27 Fidel Concepcion over No. 22 Anthony Fernando, 2&1, and No. 24 Keanu Jahns over eighth-ranked Jhonnel Ababa, 1-up. 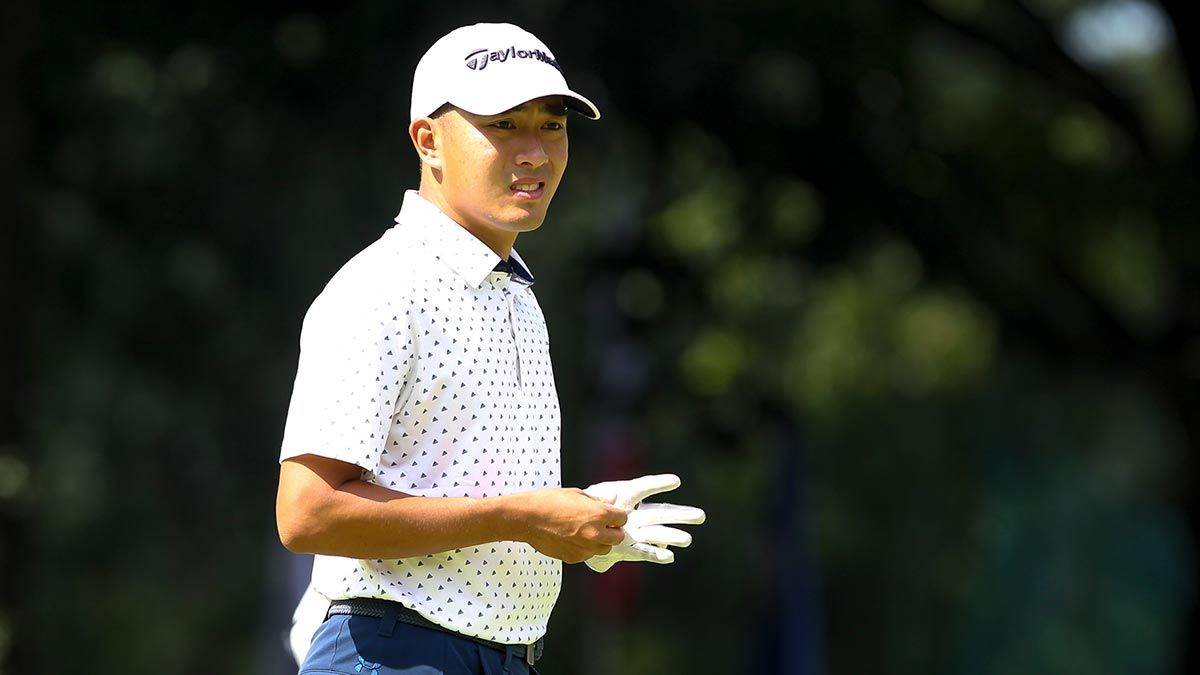 The Last 8 men standing brace for a test of staying power with two matches on tap on Thursday, with the quarterfinals set in the morning and the survivors disputing the final berths in the afternoon.

The top-seeded Van der Valk dominated Balasabas in their first clash since the latter edged the former in sudden death to win the Philippine Masters here in 2018, winning three of the first six holes.

Balasabas, however, regained his touch at the back and forced an all-square match after 13 holes but Van der Valk, who won the Splendido Taal and the Pradera Verde legs of this year’s PGT, took two of the next four holes to advance following a 4&2 win over Dan Cruz Tuesday.

“It was a tight match. Jessie had a couple of errant tee shots in the beginning but came back strong after the turn,” said Van der Valk. “To be honest, in these rounds, every shot is important because all the players are good and they can make birdie on every hole.”

“I made a good birdie on No. 14 and went 1-up. Then I hit every fairway and gree that makes it a litter harder for your opponent because he has to make birdies to win the hole,” added Van der Valk, who, however, downplayed his Masters loss to Balasabas.

Mondilla, meanwhile, walked the tightrope for the second straight match, securing the victory at the finish.

Tabuena also provided the spark in a sweltering day, recovering big from a poor start and three holes down against Zaragosa to fuel his title drive in head-to-head clashes after ruling the PGT’s kickoff leg at Luisita in a playoff win over Mondilla last March.

The pair matched pars and eagles on the first two extra holes but the former took the match with a routine par on No. 3 against Zaragosa’s bogey.

Bracing for two matches, Tabuena, coming off a stint in Egypt with Que, said: “I need to recover properly and stay hydrated. I need proper rest. There will be two matches tomorrow, so it’s important to really be 100 percent.”

Among the contenders, however, Go appeared to have built momentum and confidence with his pair of one-sided wins, thrashing Caliraya Springs leg winner Zanieboy Gialon, 7&5, after dispatching Marvin Dumandan, 5&4, in the first round.

“I played really solid, didn’t make a bogey and made five birdies and an eagle,” said Go, who finished No. 5 in the Asian Development Tour to gain entry to next year’s Asian Tour.

“I drove it really well and missed just one fairway,” added the rising Cebuano star, who eagled No. 2, birdied the next and then picked up another hole on No. 6. He went straight to the range to polish his driving and sharpen his iron game.