LOS ANGELES — Put together the best field of the year on a course players regard as one of the ultimate tests, and the result is a final round at Riviera loaded with possibilities.

Rory McIlroy kept patient through some missed opportunities by making enough birdies for a 3-under 68. Adam Scott, motivated to get a victory at Riviera that the PGA Tour counts, rolled in a 10-foot birdie putt on the final hole on Saturday (Sunday, Manila time) for a 67. Matt Kuchar recovered from three bogeys in a four-hole stretch to make one last birdie for a 70.

They were tied for the lead at the Genesis Invitational.

Within striking distance was Dustin Johnson, who overwhelmed Riviera in 2017 for a five-shot victory that could have been more, finished birdie-eagle-par for a 67 and was two shots behind. 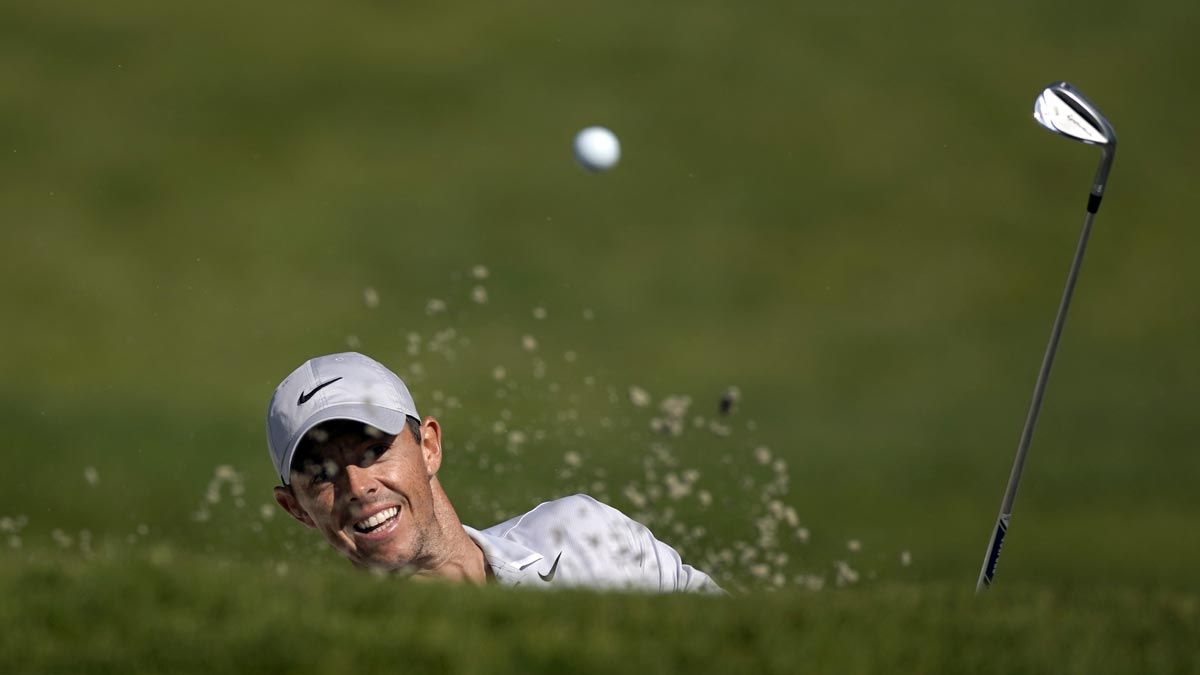 Sixteen players were separated by four shots with 18 holes to play.

"I think you just have to worry about yourself, concentrate on what you're doing, do it well, set yourself a target, don't think about anyone else," McIlroy said. "And you know, if that's good enough at the end of the day, then great. If not, then someone just played better than you and hats off to them."

McIlroy returned to No. 1 in the world this week and is playing as though he plans to stay there. This was his 17th time in his last 18 rounds on the PGA Tour that he shot in the 60s dating to his victory in the Tour Championship.

Kuchar has led since a 64 in the opening round, and now he shares it with McIlroy and Scott, two players who have won majors and reached No. 1 in the world. 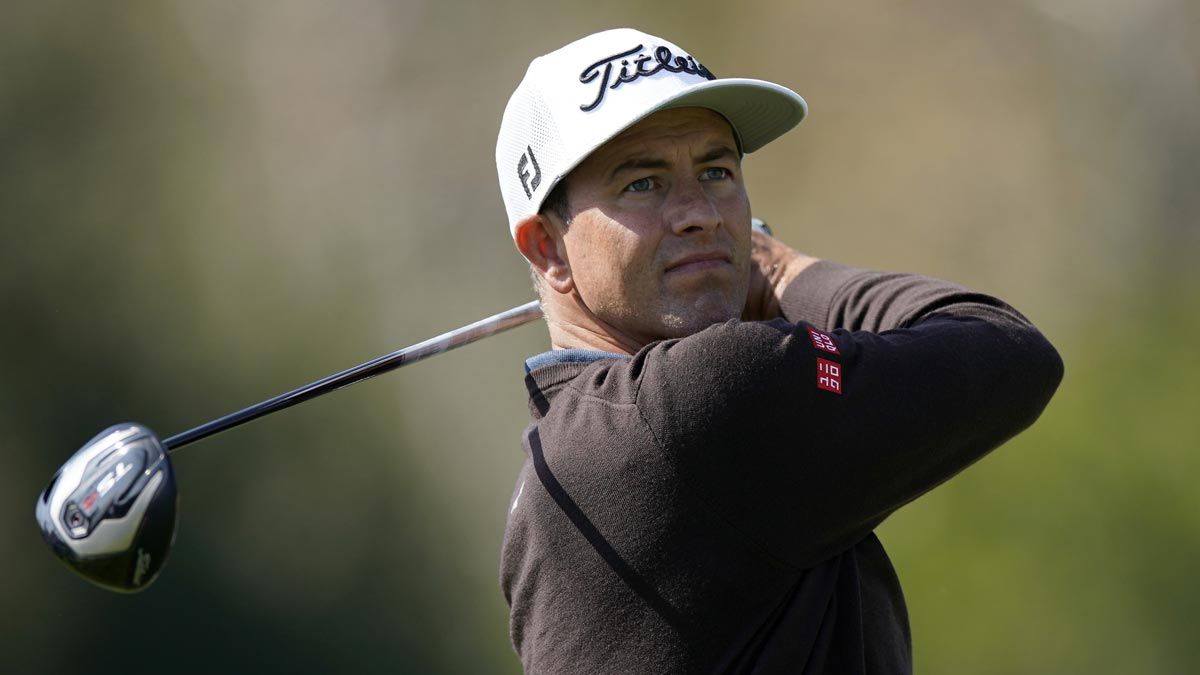 Missing from the mix was Tiger Woods, who went the other direction, and quickly. He shot 41 on the back nine and held it steady from there for a 76 to wind up 15 shots behind.

Scott won at Riviera in 2005 and has the trophy to show for it, just not a spot in the PGA Tour record book. The tournament was shortened to 36 holes by rain, and it was deemed unofficial.

This is his first competition in some two months, dating to his victory in the Australian PGA Championship three days before Christmas.

"I almost feel like I know what I'm doing after 20 years of having a season and having a break and coming back out," Scott said. "I know what this course kind of demands of you. It's not necessarily the easiest course to show up, but I was in a good place finishing last year, too, so I think I managed that well."

Harold Varner III birdied his last two holes for a 69 and was one shot behind, along with Russell Henley (68). Dustin Johnson, who won at Riviera three years ago, had only two pars over his final 12 holes. That stretch also featured five birdies and an eagle for a 67. He was two shots behind, along with Joel Dahmen (66).

Still in the mix was Hideki Matsuyama, who bogeyed his last hole Friday and was the last player to make the cut. Matsuyama played in the final group off the back nine, away from all the attention, and posted a 64. He was four shots behind and very much in the picture. 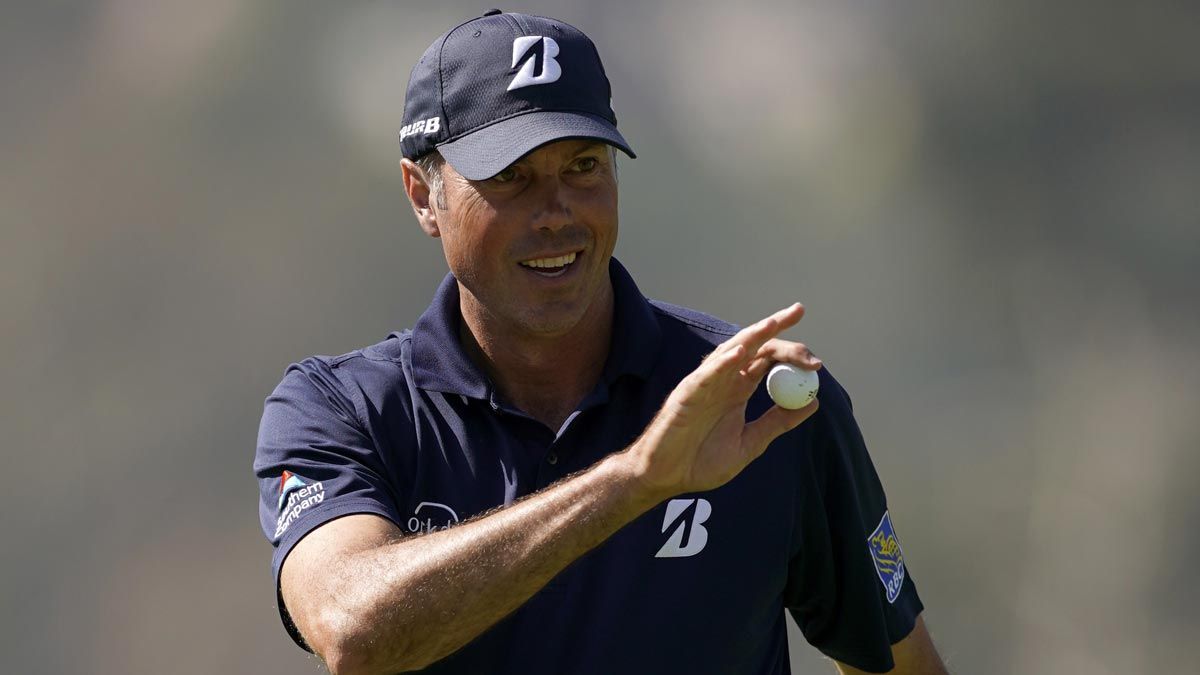 Woods will have to wait another year to win at Riviera, another week to seek his record 83rd victory on the PGA Tour. In a spot where he couldn't afford to drop shots, he made more mistakes than he had all week, especially on the greens.

He four-putted from 18 feet on No. 13, his second four-putt in as many tournaments this year and the first times since 1998 that Woods had multiple tournaments with a four-putt. He three-putted the 17th for par. He finished with a three-putt bogey from about 12 feet on the 18th.

It added up to a 76, leaving him at the bottom of the pack. It was his highest score since he opened with an 81 at Royal Portrush in the British Open last summer, and the first time since the PGA Championship in May that Woods had consecutive rounds over par.

"I hit the ball quite a few times, especially on the greens," Woods said. "I didn't have a feel for it, I didn't see my lines, I couldn't feel my pace and I was just off. ... Obviously, there wasn't a whole lot I did right today, and figure it out tomorrow."

Woods said he wasn't ready for the Mexico Championship next week and was not sure when he would play next. The idea is to peak for the Masters, still about two months away.

Woods wasn't alone in his struggles. Sung Kang missed a 2-foot putt during a stretch of three straight bogeys. Ryan Palmer took six shots to get out of a greenside bunker on No. 14 and made 9.