RIANNE Malixi fired a 70 to take the lead as Lois Kaye Go slipped in the second round of the National Stroke Play Championship on Wednesday at the Riviera Golf and Country Club in Silang, Cavite.

The 12-year-old Malixi firmed up her bid for another championship after winning three titles last year.

Malixi, who highlighted her prolific 2019 season by winning the Philippine Junior Amateur Open while playing in a lower age-group division, gunned down five birdies against four bogeys.

Arevalo, who hit a pitch-in eagle on the par-4 15th to anchor her comeback bid and fuel her drive for another title at Riviera after humbling the pros in the Ladies Philippine Golf Tour in 2017.

Go failed to sustain an impressive 68 start and blew a huge five-stroke lead with a horrible frontside 42 in windy conditions. She hardly recovered her rhythm and bearing at the back and hobbled with a 40 for an 82 that dropped her to joint third.

Nicole Abelar bounced back from a 78 with a 72 but lay seven strokes behind at 150 in a tie with Laurea Duque, who submitted a 76, and Go. 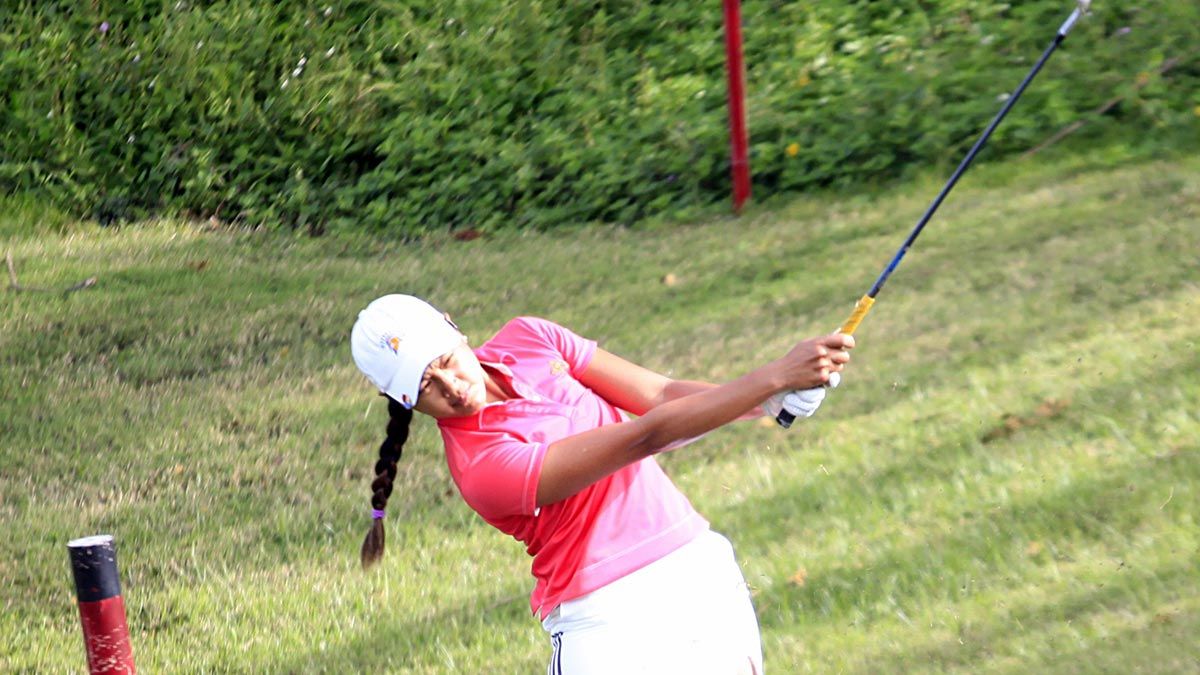 Member of the Asian Games and SEAG gold medal winning squads, Go birdied No. 1 to pad her lead to six but bogeyed the next two, dropped two strokes on the par-3 No. 4, bogeyed two of the next three and double bogeyed No. 8 on the way to an 82.

Misfortunes continued to hound the Cebuana ace at the back as she made another double bogey on the 10th and closed out with two more bogeys in the last three holes for a birdie-less 42-40.

Samantha Martirez shot a 78 and slipped to sixth at 151 while Junia Gabasa and Korean Kim Seo Yun assembled identical 154s after 75 and 80, respectively.

Bernice Ilas had an 81 for a 156 and virtually bowed out of the race.

The 17-year-old Gwon, who matched Go’s opening three-under card to take charge by two over Ryan Monsalve in the premier men’s division of the kickoff leg of this year’s PLDT Group National Amateur Golf Tour season, actually reeled back with a bogey-triple-bogey mishap from No. 7 but regrouped and birdied the first four holes at the back in stirring fashion to stay in firm control in a rain-hit day.

But he slowed down with two bogeys in the last five for that 39-34 and a 36-hole total of 141, seven shots ahead of Chan and Gao, who pooled identical 148s after 71 and 75, respectively, even as Monsalve never recovered from a bogey-bogey start and stumbled with a 79 to fall to solo fourth at 149.

Carl Corpus carded a 75 for 150 while Japan’s Atsushi Ueda and Kyosuke Yoshida moved to joint sixth at 151 after 75 and 77, respectively, and Elee Bisera also shot a 75 for joint eighth at 153 with Sean Ramos, who wobbled with a 79.

Japanese Gen Nagai also failed to rebound and hobbled with a second six-over 77, virtually kissing his title-retention bid goodbye with a 154, 13 strokes behind Gwon heading to the last 36 holes of the tournament organized and conducted by the National Golf Association of the Philippines.