FORT WORTH, Texas — The PGA Tour is not simply picking up where it left off.

Very little about the Charles Schwab Challenge at Colonial resembles the opening round of The Players Championship on March 12, the last professional golf played before the COVID-19 pandemic shut down golf and most everything else.

Players return to a new set of rules, starting with mandatory tests for the coronavirus when they first arrive and having their temperatures taken before they can get to the parking lot.

The tour said all 487 tests of players, caddies and essential personnel were negative.

On the course, players are to make every effort to practice social distancing and "show best practices for playing golf to our fans watching the telecast." 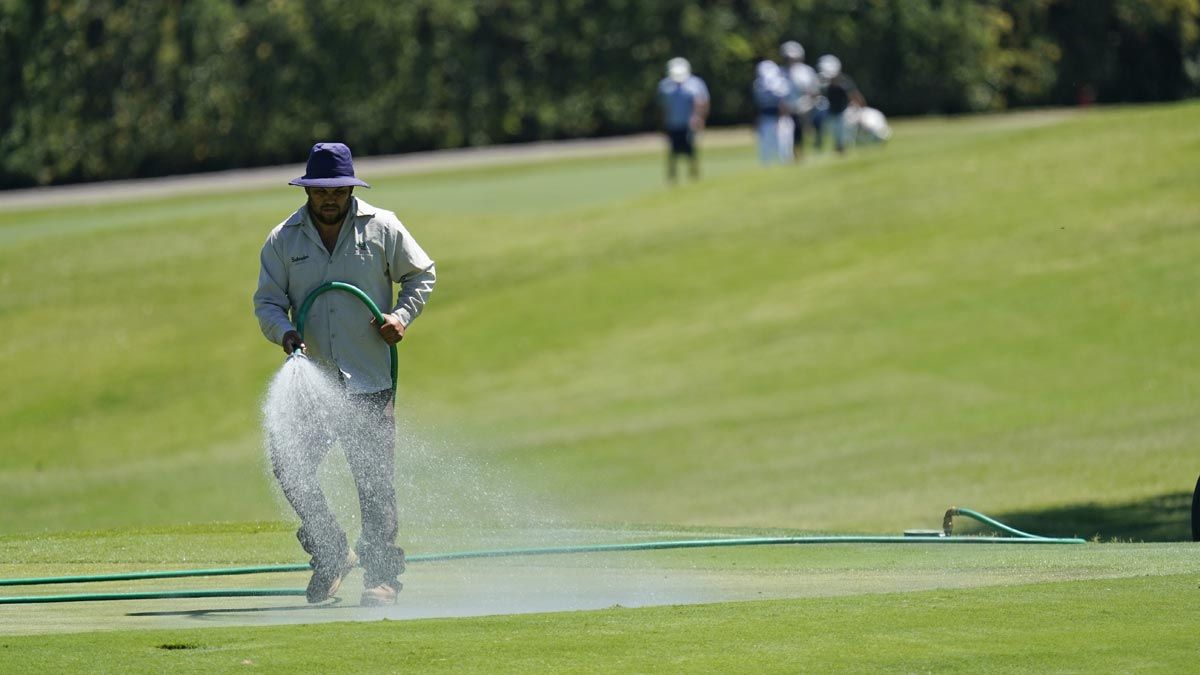 Players and caddies exchanged clubs (players are supposed to handle the clubs themselves). Caddies were not wiping down the flagsticks or bunker rakes after use. Social distancing felt more like a guideline.

It was just like normal in a return that is supposed to be anything but that.

"It's going to be very easy to fall back into old habits because it's just what we've done," Rory McIlroy said on Wednesday. "I'd say for the viewing public just to give the players and caddies a little bit of leeway if they see something on TV that isn't quite right. We're having to figure it out as we go along, as well."

Of equal concern is what they do off the golf course, even with a designated hotel. Some are staying in houses. Justin Thomas, Rickie Fowler and Jason Dufner have their own chef.

The most obvious difference is no spectators on the course, making Colonial look like it does for the members except for ropes lining the fairway to give carts and mowers some guidance on where to drive.

Another difference is likely to be the number of people watching from home.

Golf is only the second major sport to return in the US (motor sports are back in action), and a field featuring McIlroy, Thomas, Dustin Johnson, Jon Rahm and Brooks Koepka is appealing.

There also is the underlying responsibility to show that returning at this time was the right move, and that golf can live up to its reputation as one of the safer sports.

"I think this week is very important because golf will be the center of the sports world, which it usually a few weeks a year is," McIlroy said. "But for people to have something to watch on TV where they actually don't know the outcome I think is going to be nice for them. So I think that'll be a good thing." 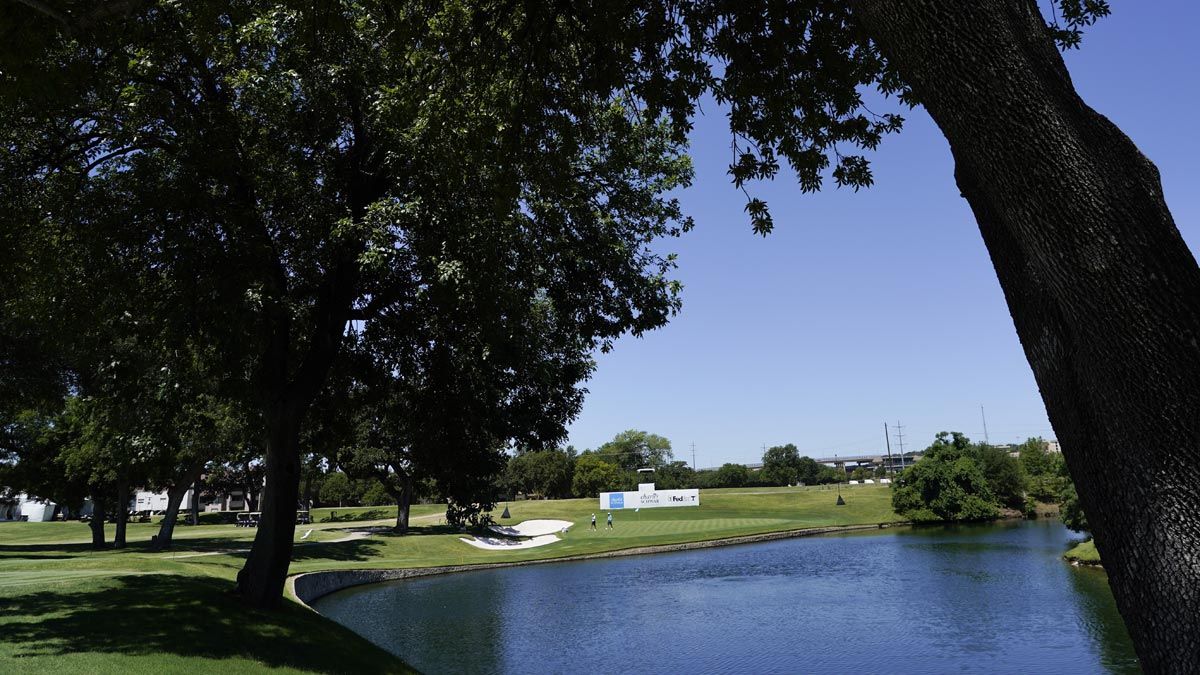 "And I think it's an important week because golf can show that we can play in a socially distant manner," he said. "We can conduct a tournament and adhere to all the safety protocols that have been put in place."

Koepka made no apologies for working with caddie Ricky Elliott the way he always does, mainly because his caddie is staying with him this week and both have been tested.

But he recognized the importance of getting through this week without incident, so that golf can continue until just short of Christmas.

"I think it's important to make sure that we go through all these things because I want to play," Koepka said. "I know everybody out here wants to play, I know the fans want to see us play, so we've got to take all those protocols seriously if we really want to be out here for the rest of the year."

And then there's the matter of birdies and bogeys.

McIlroy and Thomas are among those who have never played Colonial. Rahm has a mathematical chance of replacing McIlroy at No. 1 in the world. Koepka hasn't been the same since his knee injury late last year, and he believes the break did him a world of good. Jordan Spieth can only hope the same holds true for him.

All are eager to return, even in silence.

Fowler hit a wedge to four feet on the seventh hole during a practice round and a passerby called out: "Good shot. That will be the extent of feedback for the week."

Elite players hardly ever go this long without serious competition except for when injured, and while many have been playing at home in Florida or Texas or Arizona, it's close to impossible to replicate the real thing.

It will be real on Thursday, even without fans, even if it doesn't look just like it did in March.

ONE player and three caddies on the developmental Korn Ferry Tour have tested positive for the coronavirus.

The positive results were from saliva tests and were done at home. The tour recommended — but did not require — that players and caddies take tests before traveling to the tournament.

The tour did not disclose the names of those testing positive. They were to self-isolate for at least 10 days and have two negative test results at least 24 hours apart before returning.

The tour said there 487 tests at tournament sites on the PGA Tour and 407 tests on the Korn Ferry Tour, all negative.