PLAYERS who defected from the PGA Tour to join Saudi-funded LIV Golf are still welcome at the Masters next year, even as Augusta National officials expressed disappointment on Tuesday (Wednesday, Manila time) in the division it has caused in golf.

The Masters, the smallest field among the four majors, is by invitation and there was some question whether it would honor the PGA Tour suspending players — including past Masters champions — for joining a rival league.

Chairman Fred Ridley put the tournament over the ongoing battle, which is now playing out in federal court with antitrust lawsuits and countersuits.

"Although we are disappointed in these developments, our focus is to honor the tradition of bringing together a preeminent field of golfers this coming April," Ridley said in a statement, which were his first comments on how Augusta National viewed the divide.

"Therefore, as invitations are sent this week, we will invite those eligible under our current criteria to compete in the 2023 Masters Tournament." 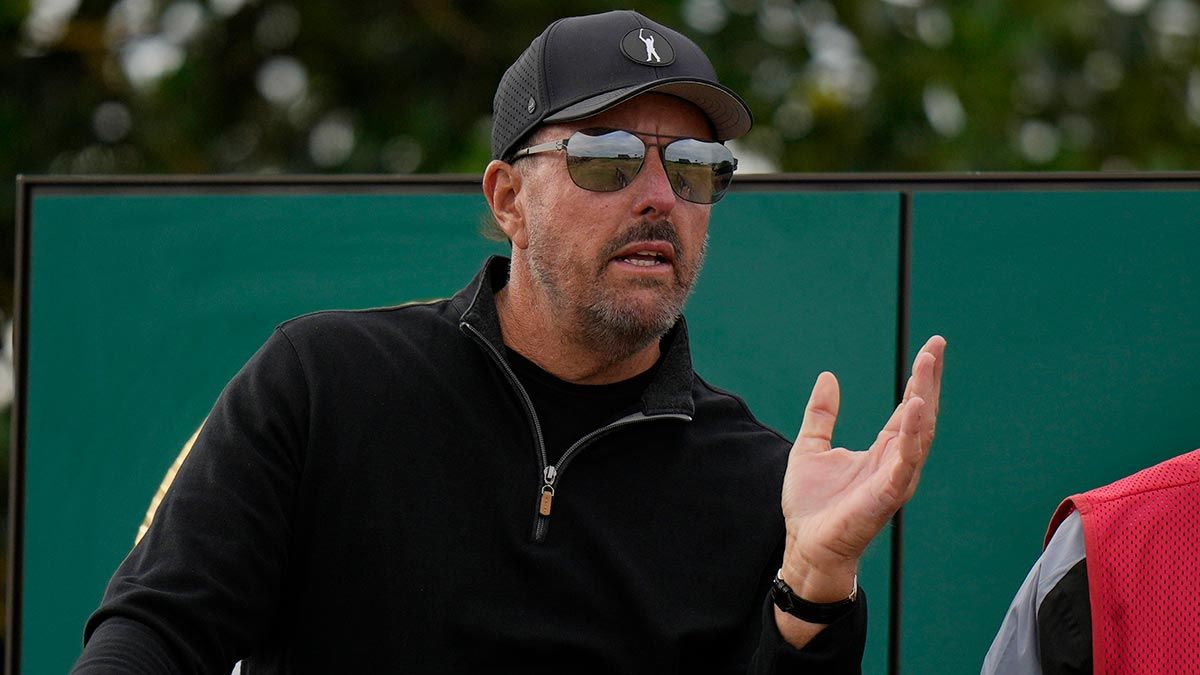 Joaquin Niemann qualified by reaching the Tour Championship, while six others will finish the year in the top 50 of the world ranking — Abraham Ancer, Talor Gooch, Harold Varner III, Jason Kokrak, Kevin Na and Louis Oosthuizen.

Still to be determined is how Augusta National will react after the 2023 tournament.

"As we have said in the past, we look at every aspect of the tournament each year, and any modifications or changes to invitation criteria for future tournaments will be announced in April," Ridley said.

Mickelson, a three-time Masters champion, chose not to attend last year as he was recovering from the public pushback over his disparaging comments about the Saudi Arabians funding the new league, the tour and his ultimate goal of gaining leverage to change the PGA Tour landscape.

Ridley leaned on the heritage of the Masters and listed nine players — from Byron Nelson, Ben Hogan and Sam Snead, to the Big Three of Arnold Palmer, Gary Player and Jack Nicklaus. He referenced Tiger Woods and Tom Watson, all who whom he said "have become heroes to golfers of all ages."

Conspicuously missing from his list was Mickelson, regarded as the chief recruiter among players for LIV Golf.

"They have inspired some to follow in their footsteps and so many others to play and enjoy the game," Ridley said. "They have supported the sport and, thus, all who benefit from it. They have shown respect for those who came before them and blazed a trail for future generations. Golf is better because of them.

"Regrettably, recent actions have divided men's professional golf by diminishing the virtues of the game and the meaningful legacies of those who built it."

The British Open has said it would not turn away those eligible. The US Open hasn't said if its criteria will change; that is expected at the USGA annual meeting in February. The PGA Championship has not said what it will do.

The Masters prefers to keep its field under 100 players and is target for that. Players who win PGA Tour events with full FedEx Cup points are eligible, and the club will take anyone else who gets into the top 50 in the world a week before the Masters.

LIV Golf does not get world ranking points — its application is pending — and it is unlikely anyone else from LIV would crack the top 50 by then.