JERSEY CITY, N.J. — Patrick Reed is finally being rewarded with good scores, and he hopes it can be enough to turn around his season.

He hasn't missed the Tour Championship in five years, and started the FedEx Cup playoffs at No. 50, leaving him little room for a bad week. He is in danger of being left off a US team for the first time since his rookie season in 2013.

Reed put himself in position to change his outlook on Saturday (Sunday, Manila time) with a 4-under 67, giving him a one-shot lead over Abraham Ancer of Mexico going into the final round of The Northern Trust.

"It's close and it feels good," Reed said. "Feels like this has been coming for some time, and now it's just go out and stick to the game plan tomorrow and hopefully Sunday we have a chance to win the golf tournament." 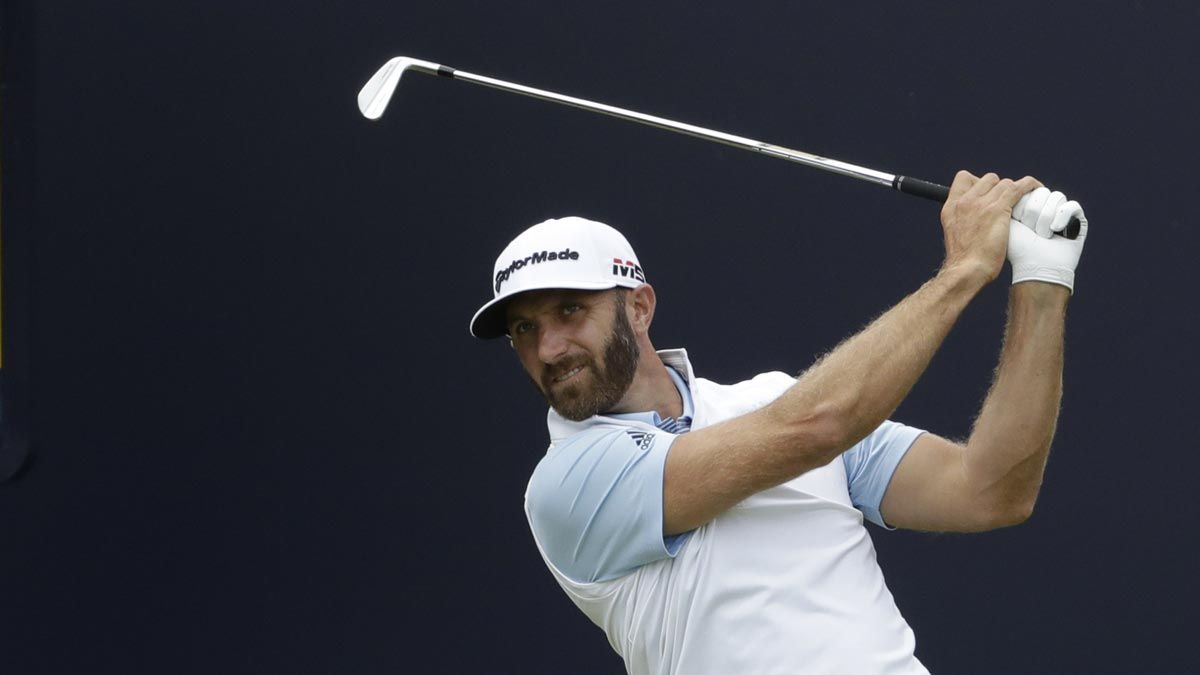 Dustin Johnson and Jordan Spieth, playing in the final group, lost ground on a blustery day at Liberty National.

Johnson, twice a winner of this FedEx Cup playoffs opener, didn't make a birdie until the 10th hole, and then saw his round fall apart with four bogeys over the last six holes for a 74 that dropped him five shots behind.

Spieth began his round by hitting his tee shot into the water, lost ground and momentum with a sloppy double bogey — his first of the week — from the fairway on No. 7 and recorded only two birdies in his round of 74. It was his second straight Saturday swoon, and this one could be costly. He is No. 69 in the FedEx Cup, and a strong finish this week could help salvage his season with a trip to East Lake for the FedEx Cup finale.

He still has one round left and a big crowd in front of him.

Reed was at 14-under 199 and will be paired in the final group with Ancer, who had a 68 as he tries to deliver good golf at the right time. 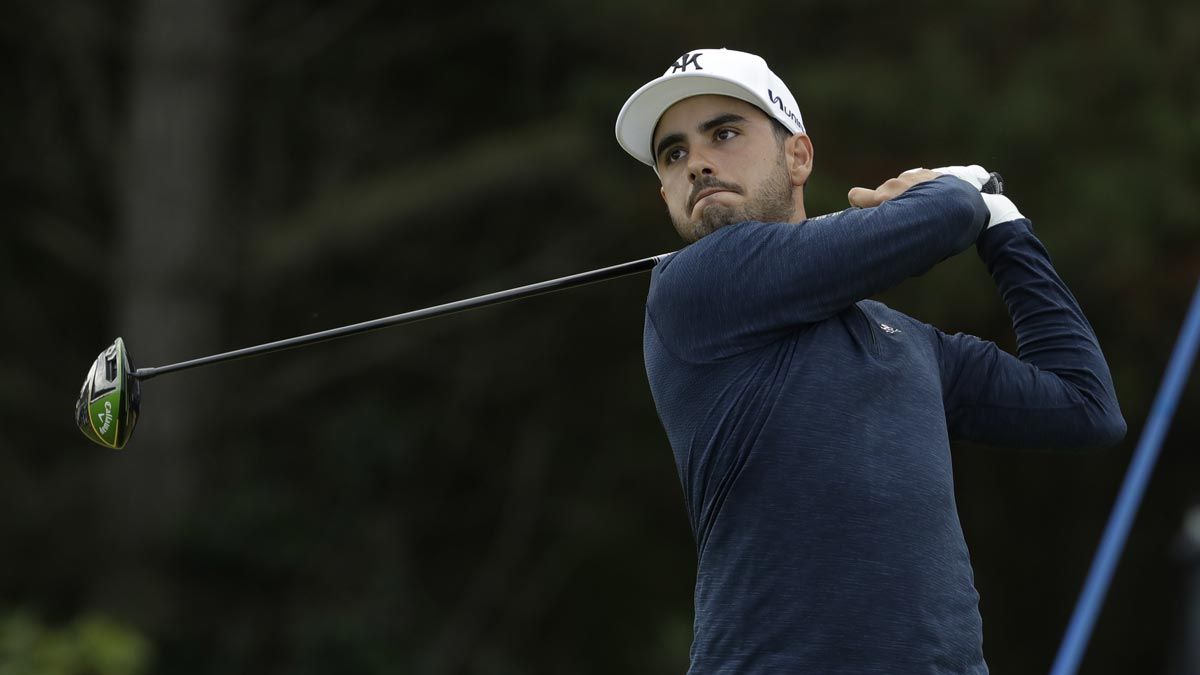 Ancer, who won the Australian Open late last year, is No. 67 in the FedEx Cup. The top 70 advance to the BMW Championship next week at Medinah, but a good finish could sew up a spot in the Tour Championship and make him eligible for all the majors next year.

There's more. He is No. 10 in the Presidents Cup standings, and Sunday could go a long way in returning to Australia as part of the International team.

"The only thing I have to worry about is still play some good golf tomorrow and that will take care of itself," Ancer said. "I'm trying not to think about that that much. I know it's there and I obviously think about it, but I'm just focusing on trying to do everything I can to just play a good, solid round tomorrow."

A dozen players were separated by five shots going into the final round.

Brandt Snedeker had a pair of eagles in his round of 63 that left him two shots behind, along with Jon Rahm of Spain, who had a 69. Justin Rose was among those another shot behind, with Rory McIlroy finishing with two birdies over his last three holes for a 70 to get within four shots of the lead.

Reed is No. 50 in the FedEx Cup and trying to extend his streak of making the Tour Championship every year since 2014. He won this event three years ago at Bethpage Black, and then hit a drought before winning the Masters in 2018.

There was nothing fancy about his golf, which is how he likes it. He poured in an 18-foot birdie putt on No. 3, used his short game to secure birdies on the par 5s and finished with a wedge to 10 feet for his fifth birdie on No. 17.

His biggest trouble was on the 15th hole, where he went from a fairway bunker into the trees right of the fairway, hit to the back of the green some 65 feet away from the front pin and had to hole a 5-foot putt to escape with bogey. 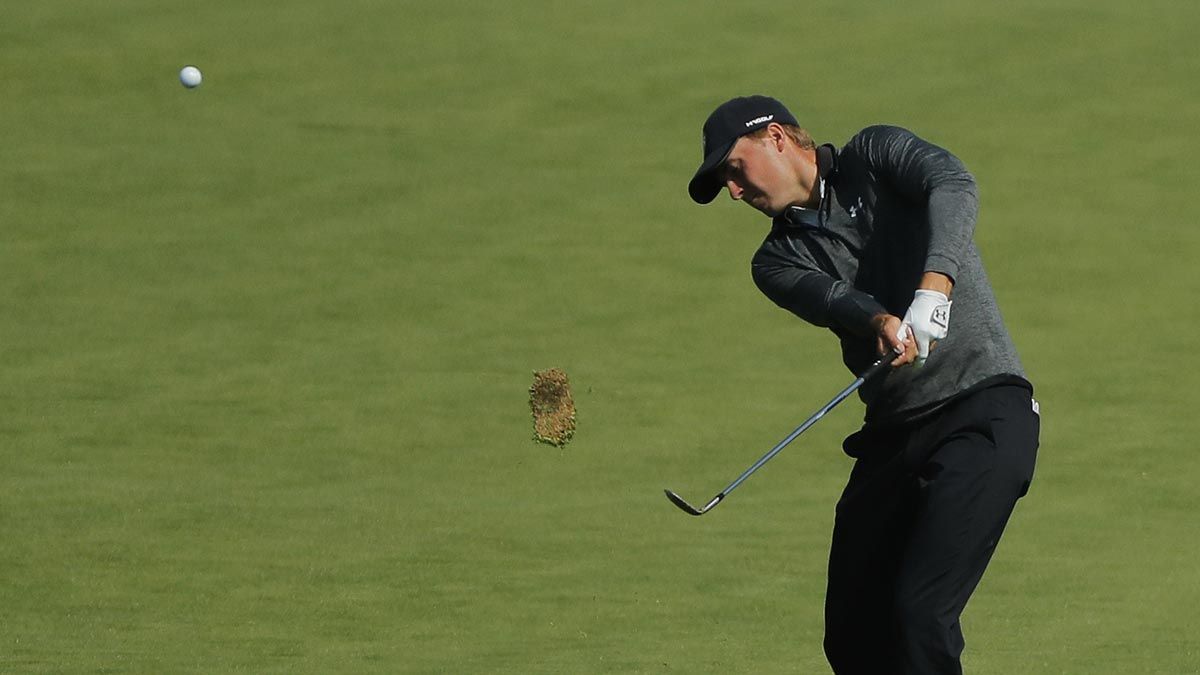 He said changing to a softer golf ball might have helped. He did that last Sunday and closed with a 63 at the Wyndham Championship, and then followed with rounds of 66-66-67.

"It's going the right direction," he said. "I feel like I'm doing a lot of things well. I just need to go out and give myself opportunities."

The Presidents Cup is on his mind, too.

Reed has played for every U.S. team dating to 2014. He is No. 17 in the U.S. standings, though a victory would only move him to No. 12. The top eight after the BMW Championship automatically qualify.

If he was thinking about that Saturday, it was because of the location. The last Presidents Cup was at Liberty National two years ago.

"Probably more in the back of my mind here because it was here in 2017 and seeing the Statue of Liberty," Reed said. "Definitely in the back of my mind, but the biggest thing is to go out and may solid golf and continue playing well, because the end of the day, the way you make it on the team is by playing good golf."