SAN FRANCISCO — YUKA Saso followed up a 69 by shooting 67 in the second round thanks in part to an impressive par save after a tee shot into the deep rough on her third to last hole of the day to take the second-round lead in the US Women's Open on Friday (Saturday, Manila time).

"If I go in the rough, my mindset is just to go for the fairway," Saso said. "I mean, it's really long and sticky. It's really hard to get on from it. But yeah, I'm glad that I'm a little bit good out of it."

Jeongeun Lee6, the 2019 champion from South Korea, birdied three of her final four holes to shoot 67 and finish one shot behind Saso at the Lake Course.

American Megan Khang birdied the par-5 17th to get into a tie for third with Megha Ganne at 4 under.

"Each day is more exciting, more nerve-racking," Khang said. "I like to look at it as embracing it because you can't really shy away from it. You know it's going to happen. It's inevitable. I love these kind of feelings, and I definitely for sure know the course is going to give us its best and we're going to have to give our best."

Shanshan Feng of China was one back at 3 under after a 70. First-round co-leader Mel Reid bogeyed three of her final five holes and was in a three-way tie for sixth with Lexi Thompson and Inbee Park at 2 under.

Reid said the relatively cold weather in the 50s gave her problems with her back and hands on the final holes.

"Living in Florida it's made me soft, obviously, because if I was in England I probably wouldn't be having these issues, so I've become a bit of a Floridian softy," she said.

Park shot a 69 for her record 25th career round under par at a U.S. Women's Open, breaking a tie with Beth Daniel and Betsy King.

Ganne, a high school junior from New Jersey who needed a playoff just to qualify for her second US Women's Open, got off to a bit of a slow start with her early morning tee time that brought San Francisco fog that made the course play even longer than usual. She started on the ninth hole and bogeyed Nos. 12 and 15 before getting on track with a nearly 20-foot birdie on the par-5 16th.

After a second bogey at 18, she closed strong by making a long birdie on No. 1 and then another birdie on the par-4 seventh hole that she punctuated with a fist pump. She then spent her time waiting to hit her tee shot on her final hole repeatedly bouncing a ball on her club, showing few signs of nerves in front of a crowd much bigger than her usual ones as an amateur.

"That was the biggest gallery we've seen and she was unfazed by it," said her father, Hari Ganne. 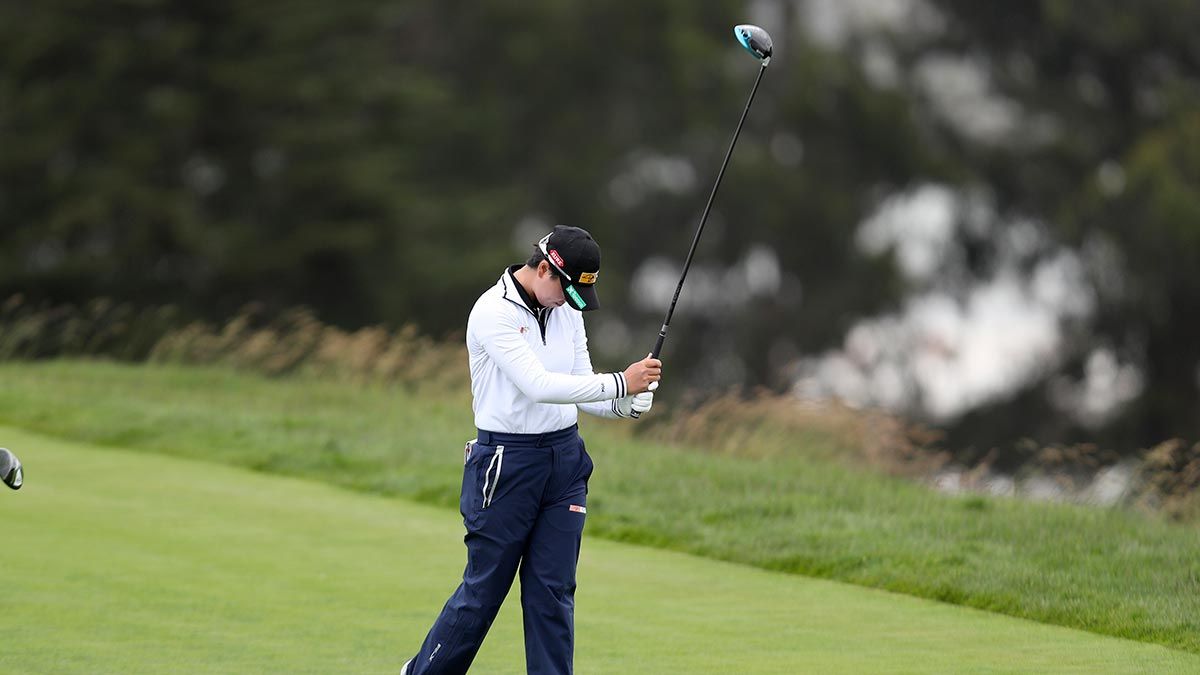 Ganne's mother, Sudha, said her daughter has always enjoyed being on center stage ever since playing the role of the Queen of Hearts in an "Alice in Wonderland" play as a young child.

"I love it so much," Megha Ganne said. "I wish every event I had a gallery watching me because it just makes me play better, I think. And I love being in the spotlight, so it's been really fun."

Ganne's tee shot on her final hole went past the green but she managed to save par with a tricky 10-foot putt.

"It was a challenging putt," she said. "I just wanted to get it started on line. On the hole before that I made a birdie, so I wasn't too worried if I made a bogey on the last one, but I'm glad it fell."

Defending champion A Lim Kim of South Korea followed up an opening 79 by shooting 70 on Friday and missed the cut. Michelle Wie West, the 2014 champion, shot an 80 to go to 12 over and won't play on the weekend.

American Sarah Burnham shot a 66 for the best round of the week and was even par.

Jessica Kupcho made the 32nd hole-in-one in US Women's Open history at the 134-yard par-3 13th hole and shot 73 to head into the weekend at 1 over.