ATLANTA — Rory McIlroy never felt more rich than when he knocked in a six-foot birdie putt on the final hole to win the FedEx Cup.

Only it had nothing to do with the money.

It was never about $15 million.

Even before he teed off in the Tour Championship — facing a five-shot deficit before he hit a shot at East Lake because of the radical new scoring format — McIlroy made it clear the FedEx Cup should be more about accomplishment than cash.

And then it became personal.

A year ago, he was lost in the chaos surrounding Tiger Woods as they walked up to the 18th green at East Lake as thousands of spectators came under the ropes to celebrate the return of Tiger Woods in his Sunday red winning a tournament for the first time in more than five years.

"I never enjoyed that walk last year like everyone else did," he said. 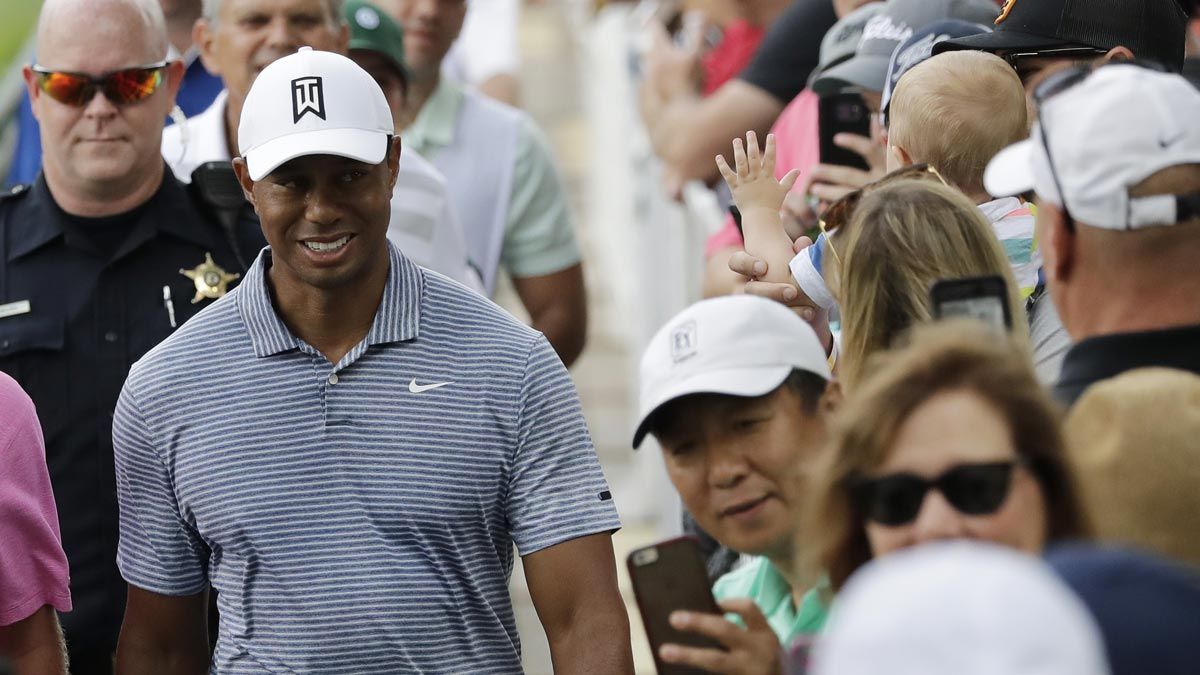 He appreciated Woods winning. McIlroy did not appreciate that he didn't make Woods work terribly hard for it.

Recent motivation came from a World Golf Championship last month in Memphis, Tennessee, where he had a one-shot lead over Brooks Koepka, the No. 1 player in the world who had won as many majors in three years as McIlroy had won in the last nine years.

Sunday at East Lake (Monday, Manila time) was his chance for redemption on a number of levels, and he added another one by his questioning of the new format in which not everyone started on the same score. The new system, designed to eliminate confusion by having only one winner on Sunday in the FedEx Cup finale, meant players started more under par depending on their position in the FedEx Cup.

McIlroy's only goal going into the week was to post the lowest score in the 30-man field regardless of whether he won.

He closed with a 4-under 66, a command performance on a long day of 31 holes because the third round had to resume Sunday morning. That gave him a 13-under 267 for the week, the best of anyone. 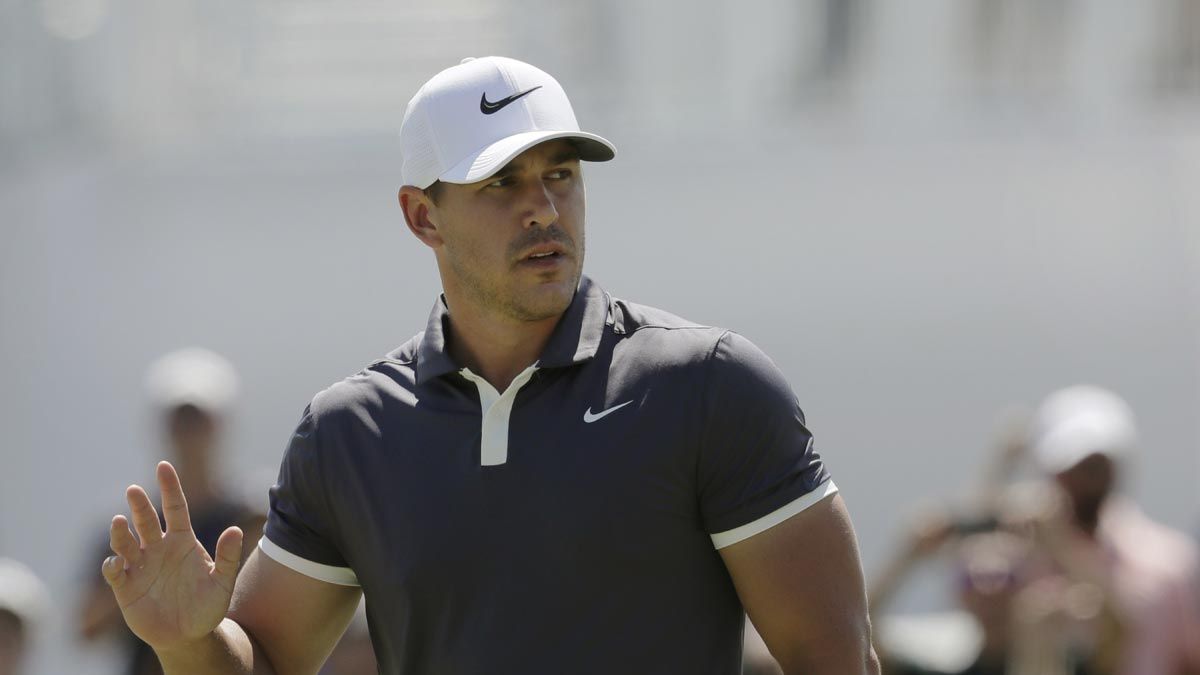 Because of his birdie on the 18th hole of the third round, that put him in the final group with Koepka, who beat him soundly in Memphis. That was a strong memory, and being at East Lake, he still thought about the 74 he shot in the final round a year ago while paired with Woods.

"I thought about the final group with Tiger last year, the final group with Brooks in Memphis a few weeks ago, and I really wanted to go out there and play well and really take it to him," McIlroy said. "And I did that for the most part. I shot 66 on a really tough golf course and got the job done."

Koepka lost the lead with a lost tee shot in the trees and a double bogey on No. 7, and then consecutive bogeys on the back nine as McIlroy made birdies. Koepka closed with a 72, six shots worse. 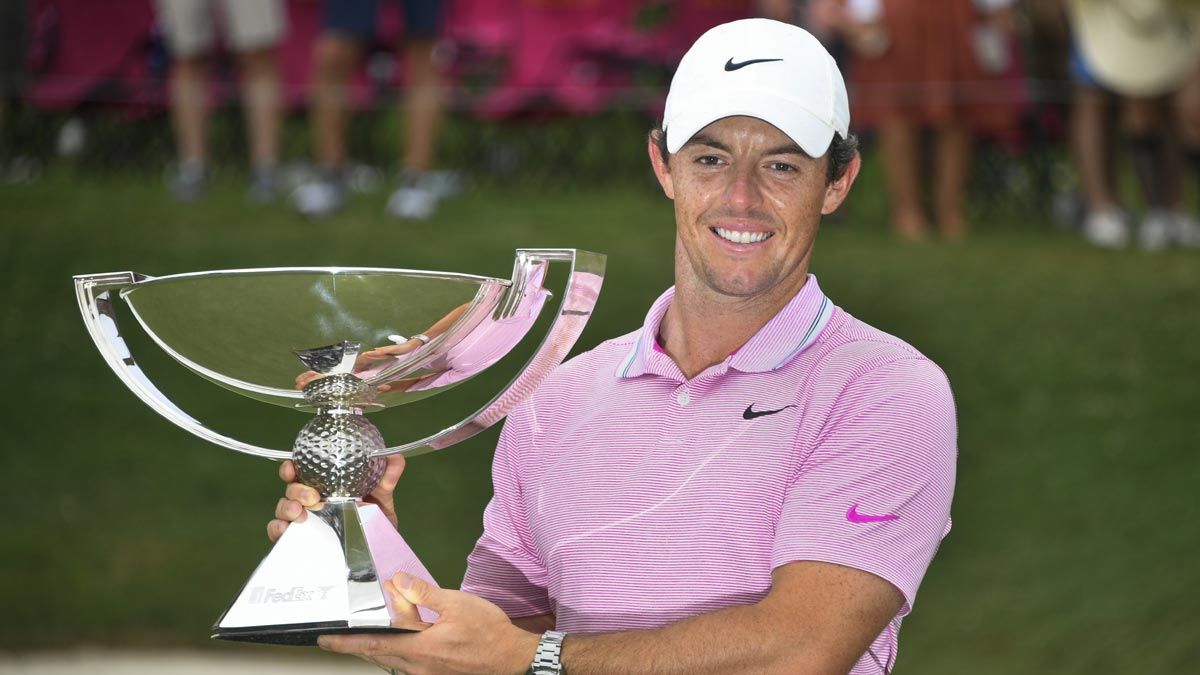 The FedEx Cup? That was a big deal for other reasons.

McIlroy joined Woods as the only players to win the FedEx Cup twice since it began in 2007. He struggled to hoist the silver trophy during the presentation on the 18th green, perhaps from a long day of 31 holes. Paul Azinger, the lead analyst for NBC Sports, jokingly suggested that "as hard a time as he had lifting it up, I thought the money was in there."

For every box he wanted to tick on Sunday, he was asked which made him the most proud.

"Winning the tournament if everyone had started even," McIlroy said. "My goal at the start of the week was to just shoot the lowest score. If that happened to work out the right way, then so be it. But I never strayed from that thought process. I was playing a little tournament inside my head. ... And then going out in the final group and shooting 66 alongside the No. 1 player in the world, when he got the better of me a few weeks ago."

The majors are over, and there's nothing McIlroy can do it now.

Not even a $15 million payout — $14 million in cash, $1 million deferred — or a trophy talked about all year by the PGA Tour can change that kind of legacy. Majors matter the most. For McIlroy, no major matters more than the Masters, the only one keeping him from a Grand Slam.

This year's biggest disappointment was a British Open in his home country of Northern Ireland. He hit his opening tee shot out-of-bounds and made quadruple bogey, rallied the next day with a performance that had the gallery near hysteria, and wound up missing the cut by one shot.

That should define his year.

He won three times, including The Players Championship against the strongest and deepest field of the year. He won the FedEx Cup. He won the Vardon Trophy for the third time for having the lowest scoring average. He finished in the top 10 in 14 out of his 19 starts on the PGA Tour, his most consistent year ever.

His best year? No. That would be 2014, when he finished the year with consecutive majors.

Considering what he set out to do with what he had left, it was no less rewarding.