STA. ROSA, Laguna – Korean Kim Joo Hyung outsteadied a slew of local top guns over The Country Club’s tough finishing holes, saving a one-under 71 and gaining a share of the lead with Clyde Mondilla halfway through the TCC Invitational on Wednesday.

Kim and Mondilla, who salvaged a 73, seized control at 146 as the other bidders faded heading to what promises to be a wild and wooly final 36 holes of the P5 million championship kicking off the Philippine Golf Tour’s 10th season.

Three-time champion Angelo Que took charge briefly at one-over after 15 holes but bogeyed the last three for a 75, overnight leader Jerson Balasabas double bogeyed the 18th for a 76 and Keanu Jahns fumbled with three bogeys at the back for a 75.

Juvic Pagunsan, also aiming for a record fourth TCC title like Que, also went one-under after a birdie on No. 15 but bogeyed the next two holes for a 73 while Aussie Tim Stewart matched Que’s horrible windup for a 76.

Kim, who became the circuit’s youngest winner at 16 when he edged Jobim Carlos by one at Pueblo de Oro last year, thought he had figured out the Tom Weiskoph-designed layout with three birdies in the first five holes at the back to go two-under.

But he bogeyed the 16th, barely saving a 71 that proved to be the best in adverse conditions.

Standing in Kim's way is Mondilla, who missed grabbing the lead with a double bogey on the par-4 16th hole but remained on course for another title in a course where he won the Philippine Open just weeks ago. 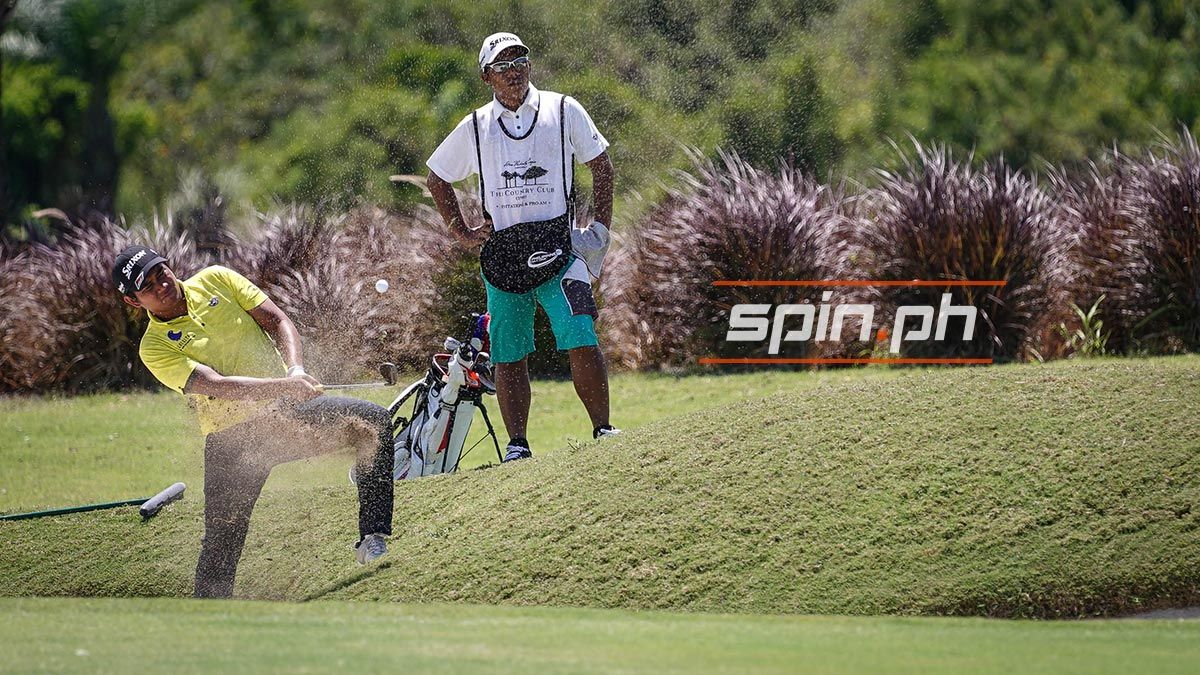 “I hit some good shots but also made some bad decisions. One has to play steady here to win,” said Mondilla, who birdied two of the first five holes, hit two more birdies against three bogeys from No. 6 before yielding the lead with that late 6.

The Del Monte ace actually hit a good drive on No. 16 but dumped his 7-iron approach shot from 190 yards into the bunker and needed two blasts to get out.

Kim and Mondilla stood just two shots ahead of Que, who pooled a 148 for joint third with Balasabas, while Jahns assembled a 149 and Pagunsan lurked at 150 in this event also known as the Don Pocholo Razon Memorial Cup.

Despite a 76, Stewart also stayed in the hunt at 151 in a tie with Albin Engino and Macedonia’s Peter Stojanovski, who limped home with a 75 and 76, respectively.

Former champion Tony Lascuña wavered with a 79 and slipped to joint 10th at 152 with Dutch Guido Van der Valk and Jay Bayron, who carded 74 and 75, respectively.