MICHAEL Bibat ended nine titleless years ruined by a slew of near misses by winning the ICTSI Eagle Ridge at Aoki Invitational crown on a closing 71 on Friday, edging the same player he upstaged in his breakthrough run at Rancho Palos Verdes in 2013.

Bibat pounced on a key two-shot swing on the daunting No. 13 to break free from a tied matchup with veteran Tony Lascuña then hung tough in the closing holes to finally crown his return to form with a well-deserved championship.

The multi-titled Lascuña didn’t give up easily, threatening to within one stroke after a clutch birdie on the 16th and giving the P2 million championship the kind of thrilling finish the event had guaranteed after putting up a stellar cast.

Bibat, however, pulled through in a duel of poise and nerves on the 72nd hole, which they both bogeyed. As the pressure mounted, they both missed the green with Bibat coming up short and chipping way past the hole on a downhill spot and Lascuña dumping his approach shot into a bad lie in the greenside bunker.

Bibat missed his par putt bid and tapped in for bogey, giving Lascuña a chance for a playoff, which he, however, blew after his putt from 16 feet grazed the cup, enabling the former Asian Games bronze medalist to savor the sweet taste of Tour victory.

“Finally, I won,” said Bibat, who banked the top purse of P360,000, more than doubling his earnings when he beat Lascuña and Elmer Salvador in the 54-hole PGT Palos Verde Classic.

“I’m so thankful that I played well enough to be in contention, which was my goal at the start,” said Bibat, who anchored his triumph on a third round 66 that tied him with Lascuna and Lloyd Go on his way to a seven-under 278 total.

“I’ll enjoy this, for now, until the next PGT tournament,” he added. 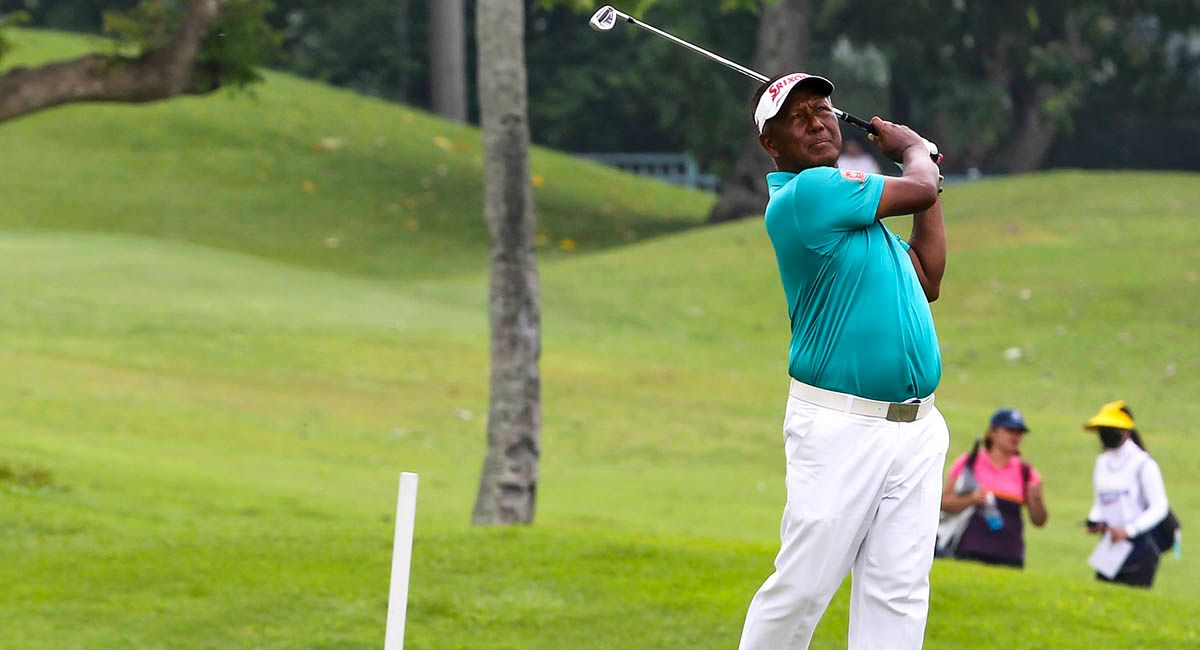 “I had my chances, frustrated but happy that Mike won again,” said Lascuna, whose last-hole hiccup gave him a 72 and a 279, which Reymon Jaraula matched with a closing 69 for joint second. Each received P186,000.

Go, the halfway leader who dropped into joint lead with Bibat and Lascuña after 54 holes of the fourth leg of the PGT put up by ICTSI, ended up with a 76 and fell to ninth place at 283.

Angelo Que, four behind at the start of the final round, also pulled within one with a solid four-under card after 10 holes, sparking hopes for a sweep of the Manila Southwoods bets after Chihiro Ikeda romped off with a two-stroke win in the Ladies PGT Thursday.

But he wavered with a bogey-birdie-bogey skid in the next three, threatened to within two at nine-under overall but blew it all with a double bogey on the last hole after a wayward drive, reaching the green in four.

He finished with a 70 for a share of fifth at 281 with Juvic Pagunsan, who finally put in a round expected of him, a 68 that featured six birdies from No. 5 to No 14 against bogeys on the first and No. 15.

Caliraya Springs leg winner zanieboy Gialon also moved into contention late but double bogeyed the par-3 17th, limping with a 73 to drop to joint sixth at 282 with Orlan Sumcad and Sean Ramos, who matched 71s.

Ruperto Zaragosa and Ira Alido also carded identical 70s and tied for 10th at 284 with Dutch Guido Van der Valk, who beat Miguel Tabuena in sudden death at Splendido and bounced back into contention with a 68-71 in the middle rounds, only to falter with a 74.