MICHAEL Bibat fired a four-under 68 for a one-stroke lead over Miguel Tabuena at the start of the ICTSI Luisita Championship at the Luisita Golf and Country Club on Tuesday in Tarlac.

“I think what I did right was to keep the ball in play considering the course is tough and long. My driving was okay and hit the right approach shots,” said Bibat, who placed fifth in the last PGT event ruled by Tabuena at Eagle Ridge-Aoki in March 2021.

Tabuena shrugged off a wobbly start to card a 69, while Nilo Salahog flubbed a par-saving putt from close range on the 18th for a 71 for joint third with Jhonnel Ababa and rookie pro Sean Ramos.

Ababa, who went into farming during the long break, mixed two birdies against a bogey while Ramos rebounded from a bogey on No. 2 with three birdies but missed seizing solo third with another mishap on Luisita’s signature par-3 17th.

“We’re thankful for the tour resumption. I hit it pretty well but struggled with my putting,” said Ababa, a multi-titled campaigner in the circuit organized by Pilipinas Golf Tournaments, Inc. 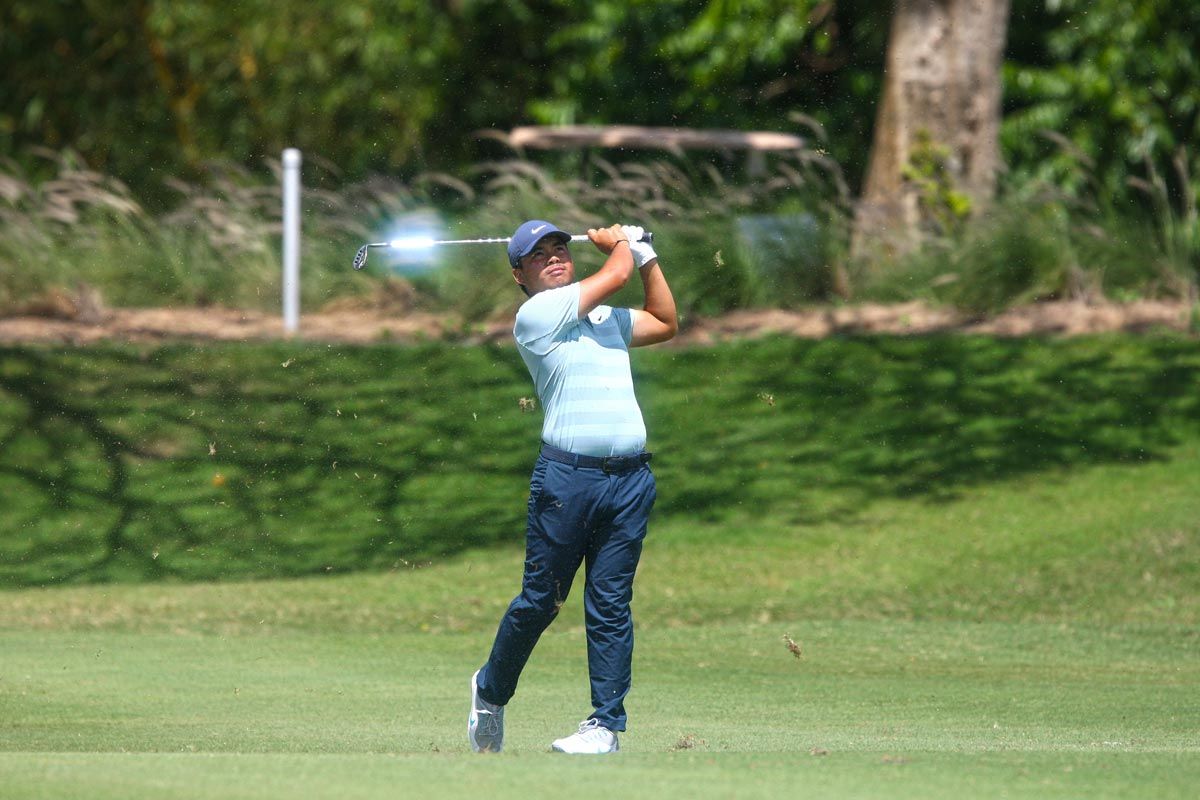 Ramos, a former national team mainstay, relished the chance to compete with the best and dished out a fine start.

“It was really a good experience. It’s amazing playing against the top players and I’m happy with how I played.”

Rupert Zaragosa bogeyed the 17th to end up with a 72 and fall into a tie with former Philippine Open champion Clyde Mondilla and last year’s runner-up Zanieboy Gialon.

“Plan is to put it (ball) somewhere where I can score better and give myself chances again. So, it’s a question of positioning, hopefully it leads to another same score,” said Bibat.

Tabuena stumbled coming off a long layoff, bogeying two of the first three holes and bracing for a long, tough day on a course where he reigned at least three times, including in the 2015 Philippine Open. But he quickly regained his bearing, re-claiming the strokes with birdies on Nos. 5 and 6.

After three pars to close out the frontside, he birdied the 10th then dominated the last two par-5s (Nos. 12 and 16) to put himself in early contention.

“It was very hot and getting hydrated was my priority,” said Tabuena, who played last December on the Asian Tour restart.

“Pretty glad that we’re able to get back on tour, especially here,” added Tabuena, who struggled off the mound but flourished on the greens. “My driving was so-so but my putting was okay. Overall, my game is still a bit rusty and there’s still a lot of work to do. Still, I was very happy with the way I played.”