LOS ANGELES — Tiger Woods began with an unknowing tribute to Kobe Bryant by making an eagle putt that optical cameras measured at 24 feet, 8 inches. He ended his opening round with a reminder that getting around Riviera unscathed is no small task.

That's what made Matt Kuchar's day all the more remarkable.

Kuchar drove to the edge of the 10th green and two-putted for birdie and kept right on rolling until he had a 7-under 64 on Thursday (Friday, Manila time), matching his best score at Riviera and giving him a three-shot lead in the Genesis Invitational.

So clean was Kuchar's round that he only once had to stress over a par putt, and he made the 10-footer at the par-3 fourth.

"I think it's one of the few courses that has truly stood the test of time," Kuchar said. "It was a great test of golf 50 years ago when Ben Hogan was playing, it's a great test today with Tiger Woods and all the young boys playing." 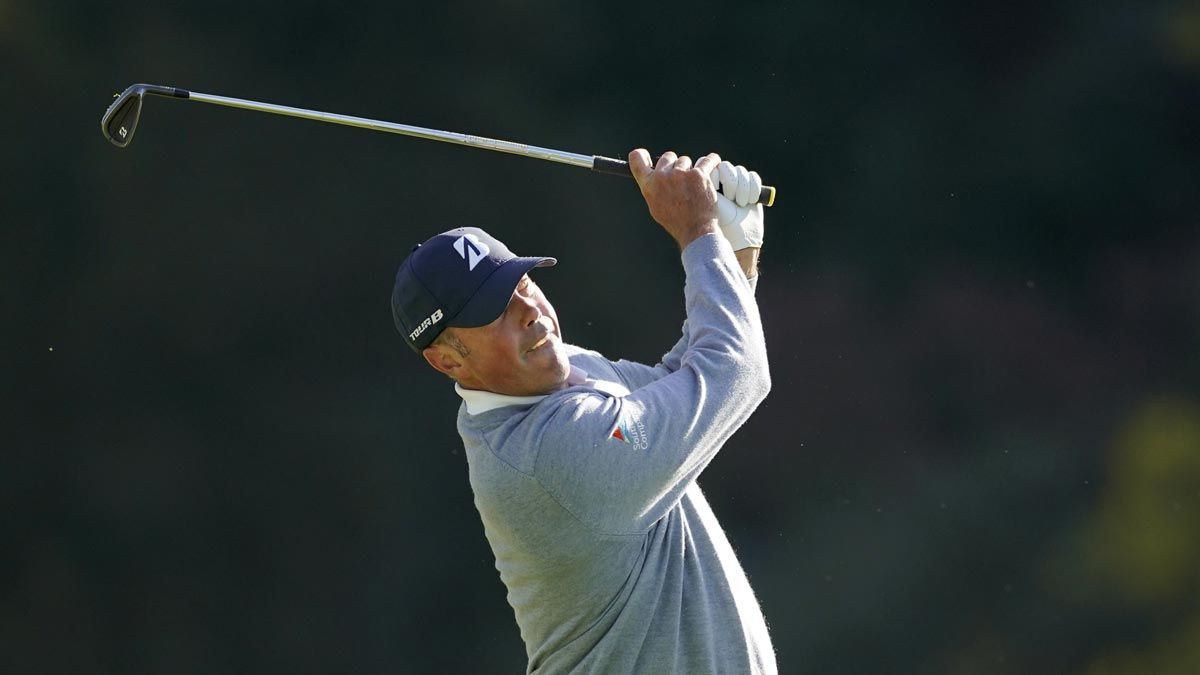 The conditions were ideal once the morning chill gave way to mild sunshine, and Kuchar took advantage in the morning. As much as Kuchar loves the course, he has only one top 10 in his 13 previous appearances.

Woods was 4 under through eight holes and had to settle for a 69.

His record at Riviera is under far greater scrutiny, especially this week as he tries for his 83rd PGA Tour victory to set the career mark he now shares with Sam Snead. Woods has not won in 10 appearances as a pro, two others as a teenage amateur.

This one held promise, especially after he drilled an 8-iron into the par-5 opening hole and made the eagle putt. The death of Bryant on Jan. 26 is still raw in Los Angeles, and the tour dedicated No. 8 — Bryant wore Nos. 8 and 24 during his 20 years with the Lakers — with a purple-and-gold tee sign. Woods made birdie there, his last one of the round.

"Ironic having those two numbers," Woods said of the length of his eagle putt. "And then No. 8, happened to hit one in there close and had a nice little kick-in there for birdie."

Brooks Koepka had Nike design some purple-and-gold Mamba golf shoes last October because Bryant inspired him during his return from injury. Koepka called the shoe company after hearing of Bryant's death in a helicopter crash and suggested something be done, oblivious that he had requested the shoes months earlier. He opened with a 69.

Justin Thomas, who auctioned off Kobe-themed sand wedges he used in the Phoenix Open, had FootJoys of purple-and-gold. They didn't help him much on this day. He opened with a 74 and was in danger of missing the cut for the second time this year.

Woods seemed bent on having his say at Riviera with the eagle and two more birdies through eight holes, leaving him three off the lead and the back nine to play. But he couldn't keep his swing together, and it eventually caught up with him. 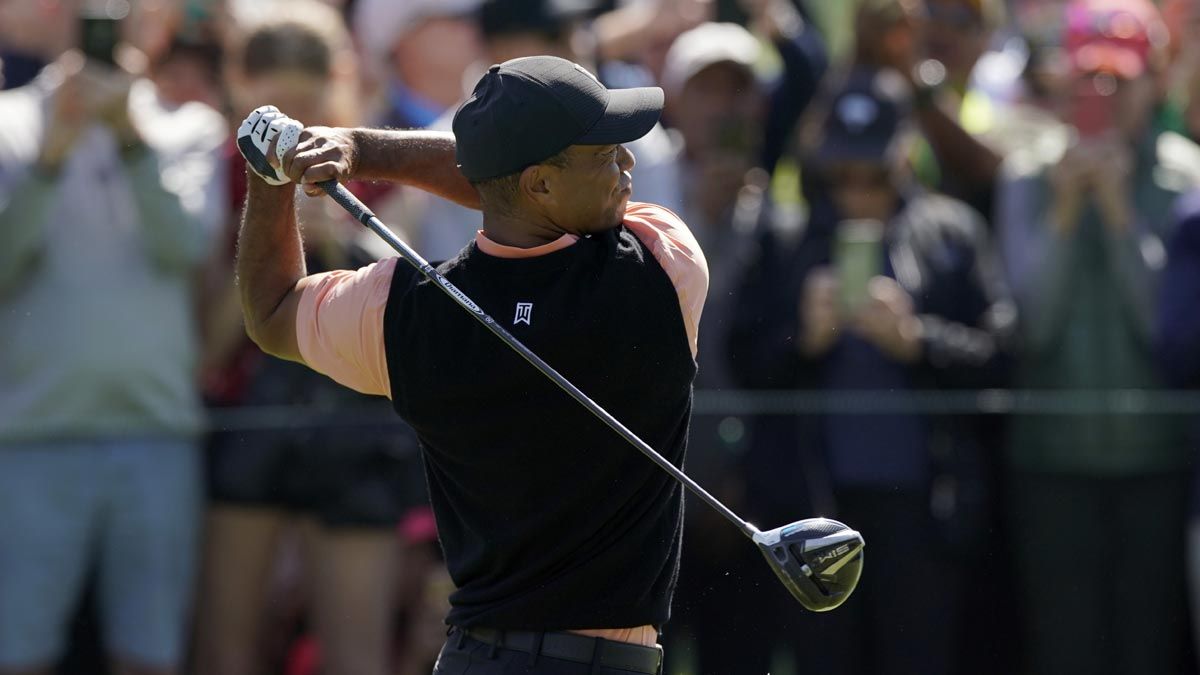 A drive to the right on No. 11 hit a eucalyptus tree and ricocheted to the left side of the fairway. He missed the green to the left on No. 12 for bogey. He hit a drive into the left trees on No. 13 and got up-and-down from 165 yards for par. He dropped another shot on the 18th when after hitting so many drives to the left, he leaked one badly to the right and had to pitch out to the fairway, slamming his iron into the cart path in disgust as he walked through the crowd.

He said his duties as tournament host kept him away from the practice range except for a short time before the pro-am Wednesday, and he was trying to piece something together for the first round. It only lasted so long.

Kuchar made birdie on two of the par 5s, made two birdie putts of 30 feet or longer and rarely was in trouble.

"To shoot a number like this, you kind of do most things well," Kuchar said. "I didn't find myself in much trouble today. ... I felt like it was just steady golf, a lot of opportunities and I was able to convert on a good number of opportunities today"

K.H. Lee and Russell Henley also played bogey-free and were at 67, along with Wyndham Clark from the morning wave. Adam Schenk and Harold Varner III each had 67 in the afternoon under a little more breeze and greens that were bumpier from so much foot traffic during the day.

Rory McIlroy opened with a 68 in his return to No. 1 in the world, and it took him time to get going.

McIlroy's opening tee shot was pure enough, but it bounced over the 10th green and rolled up near the lip of a back bunker. He left his first shot in the sand and did well to escape with par, only to miss 3-foot putts on the next two holes — one for birdie, one for par.

He had to scramble his way along the back until blasting a 3-wood to about 30 feet on the par-5 17th and making eagle, and then adding an eagle on par-5 opening hole.

The biggest challenge was the cold air in the morning.

McIlroy ripped a drive — he did that a lot in the opening round — into the par-5 11th and then came up 30 yards short with a flush 3-wood. About two hours later, he had 289 yards for his second into the par-5 17th and hit 3-wood to pin-high.

"It just shows you what temperature does," McIlroy said.

Patrick Cantlay and Patrick Reed were among those at 68.

Even in mint conditions, only about one-third of the field broke par.