The new major championship season in golf — one a month starting with the Masters in April — could take time before players can adjust. And that was just the start. Throw in the Olympics and the Ryder Cup next year, and the schedule will be relentless.

"I felt like majors were coming almost too far, one after the others," Francesco Molinari said. "And to add the Olympic Games, too, it's not going to be an easy year for anyone. ... So that's how golf is right now, and we just need to make the most of it."

It wasn't that big of a deal for Tiger Woods, who played only 16 competition rounds in those 102 days. Woods pledged late last year that he wasn't going to be playing as much, and he lived up to his word.

"It seems yesterday we were playing in Augusta and all of a sudden the four majors are gone," said Molinari, who is skipping the World Golf Championships event this week in Memphis, Tennessee. "So I think it's something that hopefully next year we will get more used to it. But this year it's been a big change." 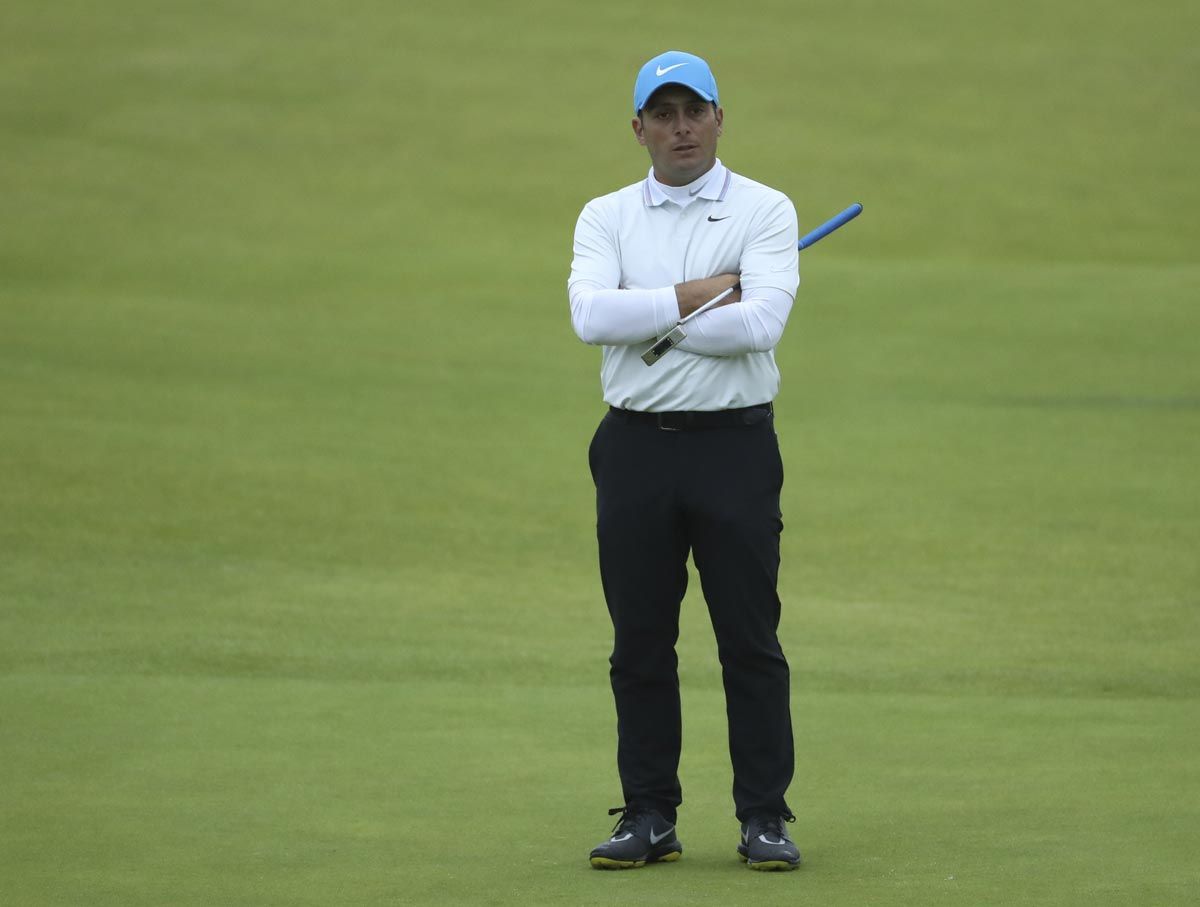 The Italian wasn't alone in his thinking.

"The schedule has been tough this year," Tommy Fleetwood said. "If you're not playing great, you actually don't have time this year to develop your game because you don't have that time to take periods off, really. You're constantly playing and you always have to turn up and perform with the way that it goes."

Justin Rose touched on this at the Wells Fargo Championship in early May. He said for years, the Masters ended and players didn't have to think about majors for nearly two months. He felt the schedule was too condensed, which he attributed to the FedEx Cup wanting to finish in August ahead of American football.

Rose won the FedEx Cup last year, along with the $10 million bonus.

"For me, a major championship should be the things that are protected the most," Rose said. "That's how all of our careers ultimately are going to be measured."

There are 263 days between the end of the British Open and the start of the Masters next year. That's the longest gap between majors since 1971, when the PGA Championship was held in Florida and moved to February. The British Open ended on July 15 that year. 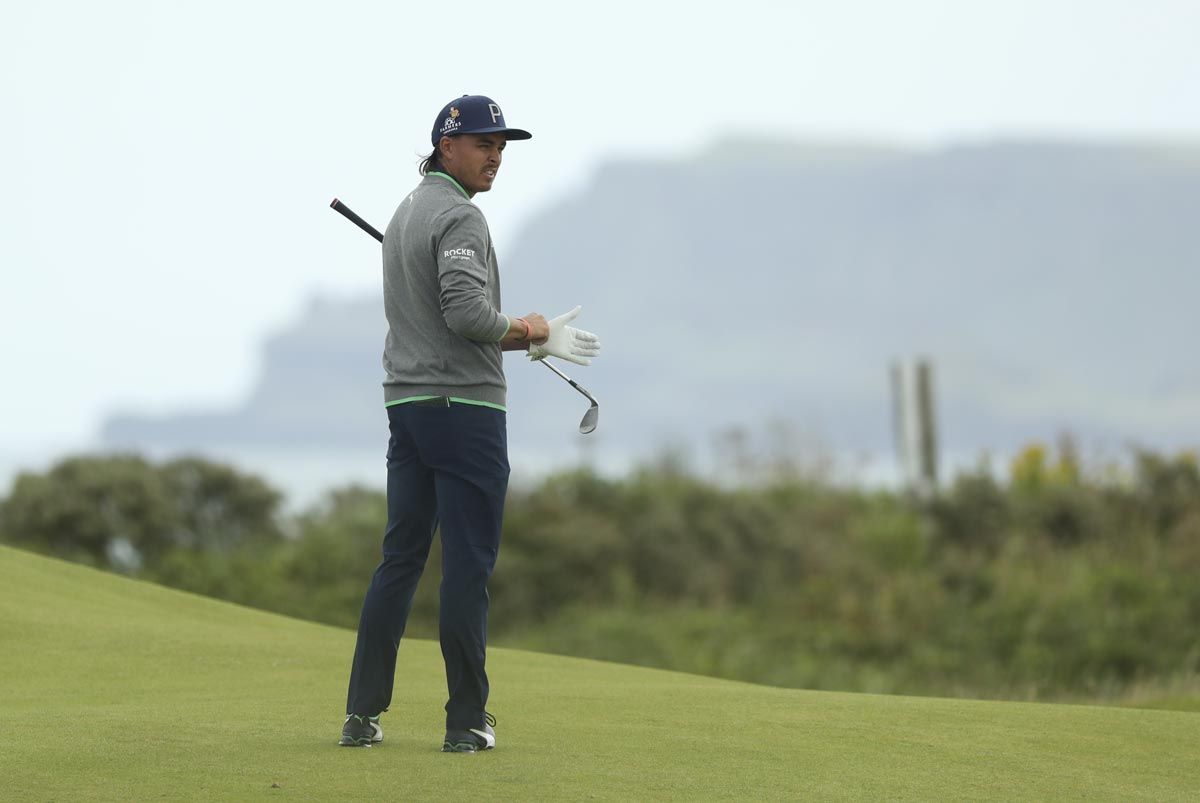 Rickie Fowler missed the cut in the 2016 US Open at Oakmont, the second straight major he had off for the weekend.

That was the last one.

Fowler was among 16 players who made the cut in all four majors this year, a list that includes the top two players in the world (Brooks Koepka and Dustin Johnson), along with Matt Wallace of England and Cameron Smith of Australia.

That was the highest number of players since 18 made all four cuts in 2015, and it was up from 11 players last year.

Koepka has the longest active streak of consecutive cuts made in the majors — 21 in a row — that dates to the 2013 British Open at Muirfield, when he qualified the morning after winning a Challenge Tour event in Europe. He wasn't eligible for the 2014 Masters, sat out the 2016 British Open with an ankle injury and missed the 2018 Masters with a wrist injury.

On the flip side was Shugo Imahira, who received a special foreign invitation to the Masters this year. He missed the cut at Augusta National, and by July had become the only player to miss the cut in all four majors. He received an invitation for the PGA Championship from being in the top 100 in the world, made it through the 36-hole sectional qualifier in Japan for the US Open and was exempt for the British Open from the Japan Golf Tour money list. 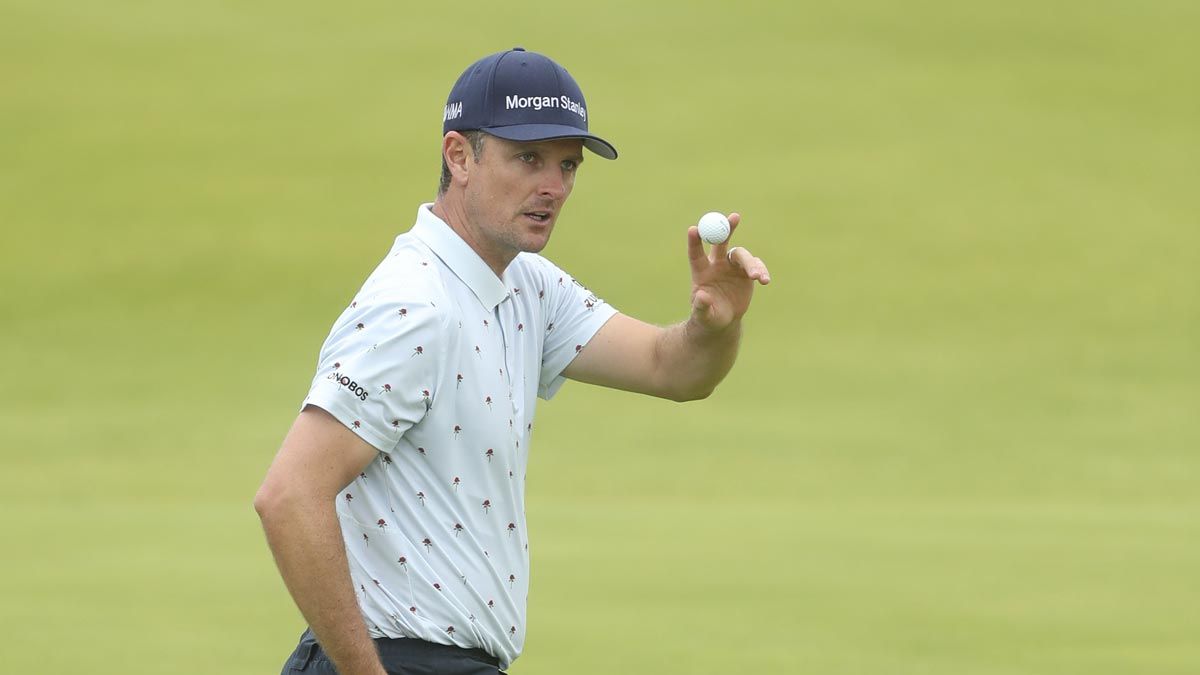 Lee Westwood was five shots out of the lead going into the final round of the 2017 Masters, closed with a 74 and tied for 18th. He had fallen out of the top 50 a month earlier and has yet to return, and returning at age 46 was not going to be easy.

Westwood went into the weekend at Royal Portrush one shot behind, only to trail by eight going into Sunday. And then he closed with a 73, which was enough for him to tie for fourth in the British Open. That was enough to send him back to Augusta National next April. The Masters invites the top four from the other three majors.

He had to wait when he finished to make sure Brooks Koepka or Rickie Fowler didn't do anything to knock him out.

"I never wish anybody ill, but it would be nice to play Augusta again," Westwood said. "I've missed it the last couple of years."

He had the 54-hole lead in the 2010 Masters and was runner-up to Phil Mickelson.

Jordan Spieth was three shots behind going into the weekend at Royal Portrush on the strength of his putting, which deserted him on the weekend.

He closed with rounds of 69-77 — he has broken par only twice in the final round this year — and fell back into a tie for 20th. Consider it another lost opportunity, not just to end his two years without a victory, but to make up ground in points.

Spieth moved up only three spots to No. 69 in the FedEx Cup and likely has only one event left — the FedEx St. Jude Invitational this week — to improve his position. He missed out on the Tour Championship last year, and only the top 70 get into the second of three FedEx Cup playoff events.

"I really want on an off day to finish top 10," Spieth said. "I'm pretty bummed right now. After three weeks off, a lot of times you make some kind of rusty errors. Certainly this weekend I wasn't patient with it. Going into a pretty heavy stretch coming, and hopefully it gets better."

It's not just the FedEx Cup. Spieth is at No. 29 in the Presidents Cup standings, and the top eight qualify after the BMW Championship.

This was never on his mind, but British Open champion Shane Lowry joined the list of players who halted an American sweep of the majors, which last happened in 1982. The others were Steve Elkington in 1995, Vijay Singh in 1998 and Jason Day in 2015, all winning the PGA Championship when it was the last major of the year. ... Patty Tavatanakit has won back-to-back on the Symetra Tour, and the former UCLA star now has six top-15 finishes in her last eight starts. Four of those were on the LPGA Tour, two while still an amateur. ... According to the 15th Club, Bob McIntyre's tie for sixth in the British Open was the best by a Scottish player in his Open debut since Andrew Kirkdaldy in 1879. ... This was the fourth time in the last six years a European has won the British Open.

Keegan Bradley at the 2011 PGA Championship is the last major champion outside the top 50 in the world when he won. A PGA Tour rookie at the time, he was No. 108.

"Golf is a weird sport and you never know what's around the corner. That's why you need to remind yourself — and you need other people there to remind you — to fight through the bad times." — British Open champion Shane Lowry.