LUCAS Glover was the US Open champion when he reached the Tour Championship in 2009 for the third time, and the first during the FedEx Cup era.

He wouldn't have imagined taking 10 years to get back.

And it wasn't easy. Glover appeared to be well inside the projected top 30 when he took bogey on the 16th hole at the BMW Championship, caught an awkward lie on the edge of a bunker at the 17th and made double bogey and then had 40 feet and two putts to hold down his spot. The first putt went just over two feet by the hole.

"It looked about 12," Glover said. "Yeah, a lot going through my head there, and it was straight, just go make it. Easier said than done."

Not much has been easy for Glover, who had to overcome serious putting issues that cost him his PGA Tour card in 2014 when he made only seven cuts and finished 185th in the FedEx Cup. He had to earn his way back, and that began a slow progression.

"Four years ago is probably as low as I can recall," he said. 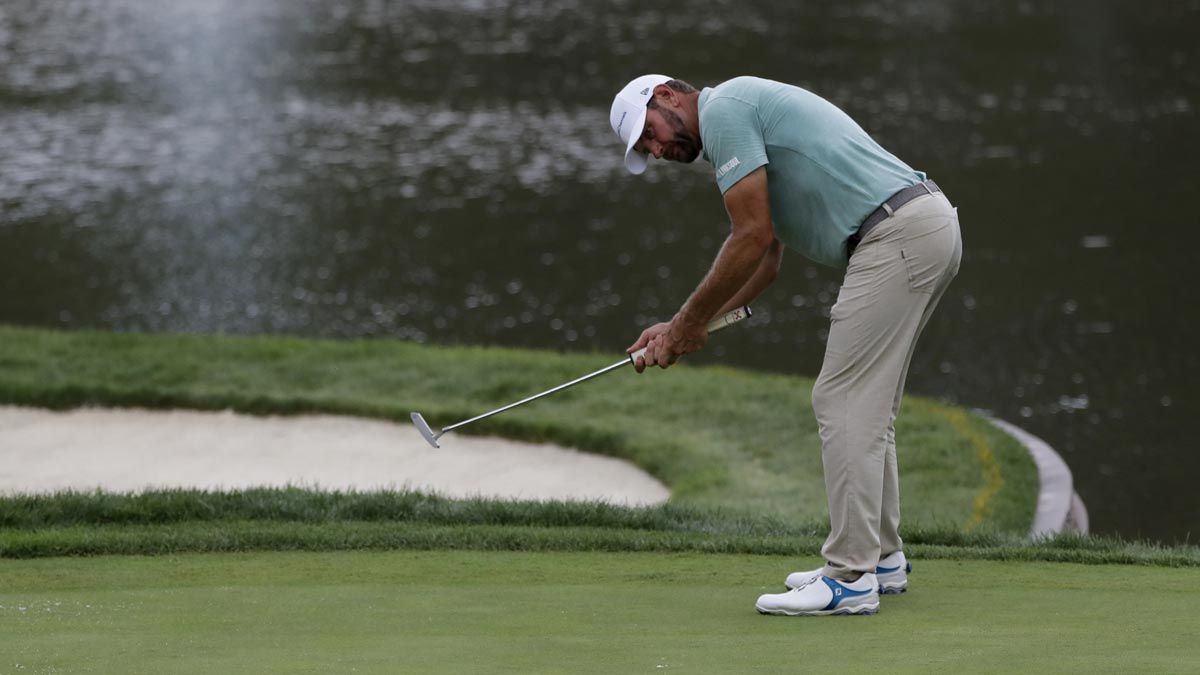 Glover was happy to return to East Lake when he finished up at Medinah, though it was clear his head was still on winning. His last victory was eight years ago at the Wells Fargo Championship.

For now, he's starting to realize the perks.

He hasn't played a World Golf Championship since Shanghai in the fall of 2011. He hasn't been to the Masters since 2014. By reaching the Tour Championship, he effectively is in all four majors. His 10-year exemption from winning the US Open ended this year.

"So I don't have to worry about that," he said. "Just like years past, you play good, you get to go to some cool places."

Monahan part of golf power brokers in a match with Trump

It was the second time they have played since Trump has been in office.

"I'm concerned about criticism for everything that I do," Monahan said Tuesday. "But in this instance ... listen, like I said, he has been a great supporter of the Presidents Cup. He loves our game. He's got a relationship with a lot of our players. And to me, I'm not there for political reasons. I'm there to support him. He's asked me to be there and be there along with other peers in our industry. It's a chance for us to spend some time together and have a wonderful time."

They played a match at Trump National in Bedminster, New Jersey, where the 2022 PGA Championship will be held.

"We have great respect for the office of the presidency, and it's an awesome opportunity," Monahan said.

Monahan said Trump wanted to play the championship tee on the 17th hole, which would be used for the PGA Championship. He said it measured 502 yards for a par 4 and Trump reached the front of the green with a driver and a 3-wood.

"He loves the game of golf, and that's very apparent," Monahan said. "As his teammates, that's a little bit of extra pressure. But it was a nice day." 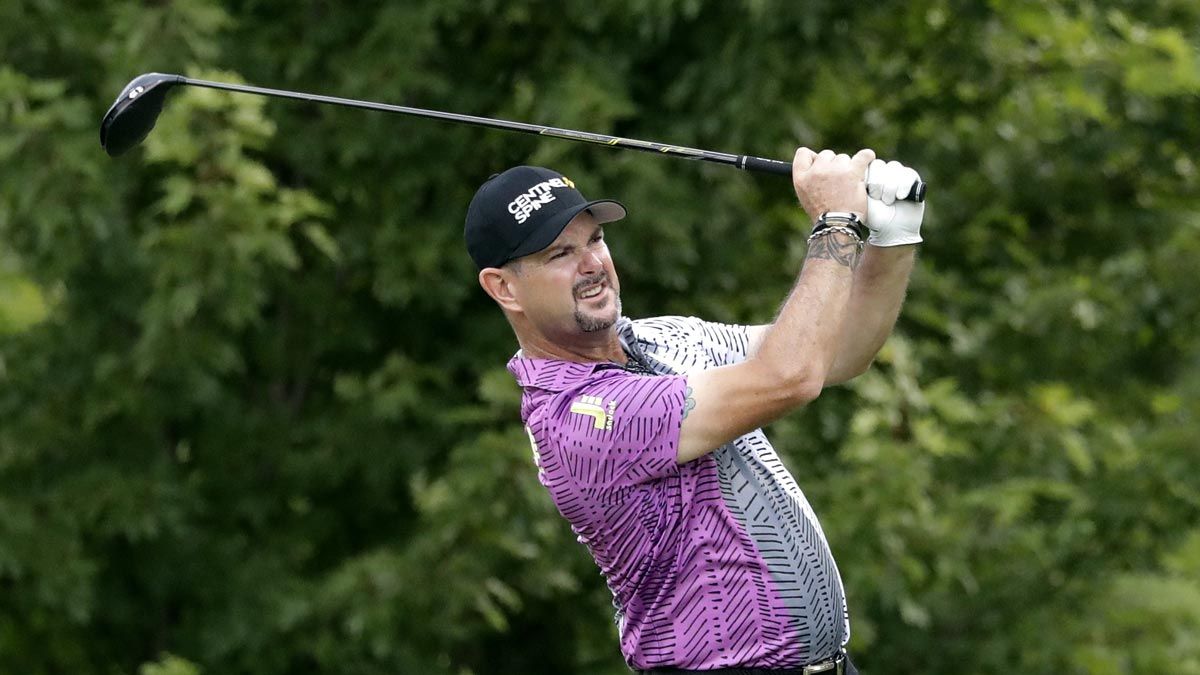 Rory Sabbatini played for South Africa six times, teaming with Trevor Immelman in 2003 to win the World Cup at Kiawah Island. He also played in the Presidents Cup in 2007, earning a half-point in his four matches at Royal Montreal.

His goal now is to become the first non-American to play in both the Presidents Cup and the Ryder Cup.

Sabbatini last year became a citizen of Slovakia through his wife, who is Slovakian. He plans to take up an associate membership this year with the European Tour, meaning he can start earning Ryder Cup points.

"I was officially designated just over a year ago," said Sabbatini, who filed his papers with the International Olympic Committee and the International Golf Federation, the world body for golf competitions. "I just went through all the roundabout of getting it all sorted out. After the FedEx Cup playoffs, I'll play a couple in Europe."

According to the IGF, a player who has represented one country and has acquired a new nationality can play for his new country provided that at least four years have passed since he last played for his former country. That takes effect at the start of the qualification period.

Sabbatini, projected to reach the Tour Championship until closing with a 74 at Medinah, is No. 72 in the world. He currently ranks No. 31 for the 60-man field at the Olympics next summer in Japan. 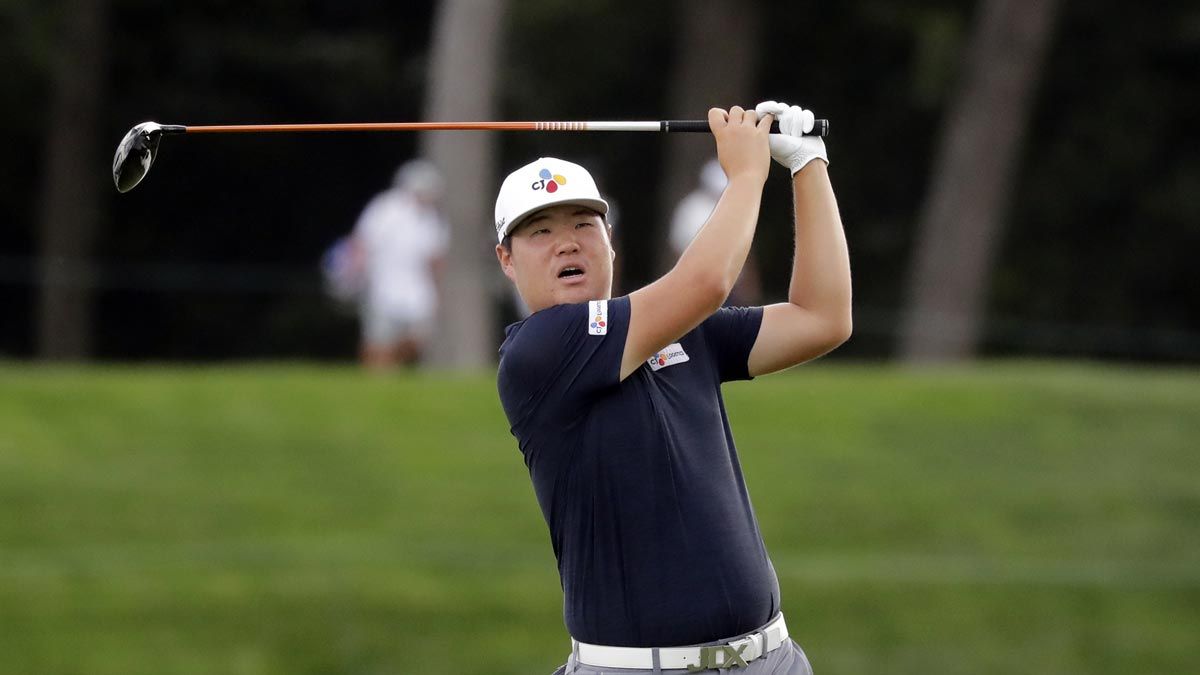 PGA Tour players have an interesting vote for rookie of the year after the Tour Championship.

Sungjae Im was the only rookie who made it to East Lake for the FedEx Cup finale. This is the ninth time since the FedEx Cup began in 2007 that only one rookie reached the Tour Championship, and eight of those players were voted rookie of the year.

Im also is among 11 players at East Lake who have yet to win.

Also to be considered is Matthew Wolff, who won the 3M Open in Minnesota to earn a spot in the Masters, and Collin Morikawa, who graduated from Cal and then was runner-up to Wolff in Minnesota and won the Barracuda Championship. 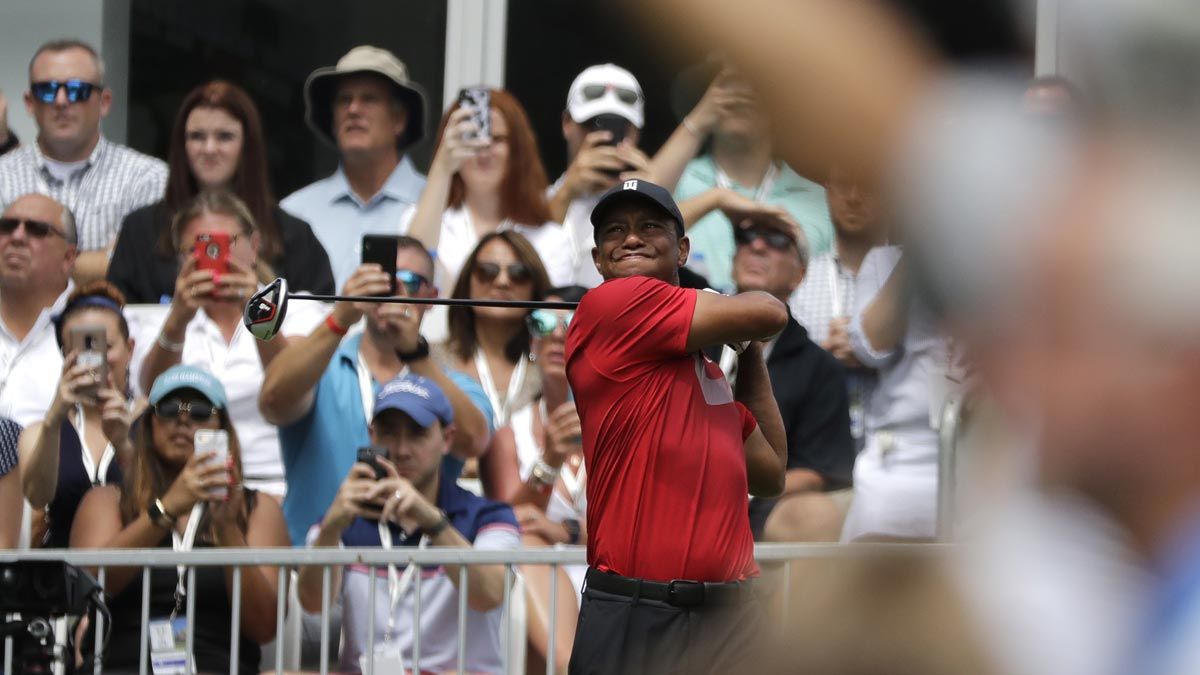 It is no guarantee for the FedEx Cup finale.

That remains a sticking point in some areas of the golfing public. While the format of the FedEx Cup has been tweaked over the years, the fundamentals of the PGA Tour's postseason have not. The Tour Championship is about a year's work, with heavy emphasis on the playoff events.

Twenty-two players who won PGA Tour events this season did not make it to East Lake.

That includes five winners of opposite-field events, which get only 300 points instead of 500 points — Cameron Champ, Martin Trainer, Graeme McDowell, Jim Herman and Collin Morikawa. It includes Matthew Wolff, who like Morikawa turned pro only in June.

Meanwhile, the 30-man field at the Tour Championship features 11 players who have yet to win this year. The highest ranked is No. 9 Webb Simpson, who has three runner-up finishes and a tie for third. Abraham Ancer is No. 10, and his circumstances are slightly different. He started at No. 67, and his runner-up finish in the playoff event at Liberty National vaulted him into the top 10.

Andrea Lee, a semifinalist in the U.S. Women's Amateur, has won the Mark H. McCormack Medal as the leading player in the world amateur golf ranking. That gets her an exemption into the U.S. Women's Open and Women's British Open next year if she stays amateur. She also is invited to join the Curtis Cup team next year. ... The Reno (Nevada) Gazette Journal reports that Montreux Golf & Country Club will not be hosting the Barracuda Championship next year. Officials are looking for a new course. The tournament uses the modified Stableford scoring system and was won this year by Collin Morikawa.

Justin Rose is only the fourth player to return to the Tour Championship a year after winning the FedEx Cup.