Back in the mix at The Open, nearly man Lee Westwood taking nonchalant approach

PORTRUSH, Northern Ireland — Lee Westwood is back for another shot at erasing his "nearly man" tag in the majors.

And this time with his girlfriend on the bag.

Westwood was tied for third at his 25th British Open and only a shot off the lead after a bogey-free, 4-under 67 in the second round on Friday took him to 7 under.

He's been in this situation before in the biggest events in golf. So many times, in fact, that he will take a nonchalant approach to the weekend.

"I literally don't care anymore," he said, standing with his hands on his hips.

It's an attitude borne out of a decade of frustration and near misses at the majors. The most agonizing have come when the claret jug was in his sights. 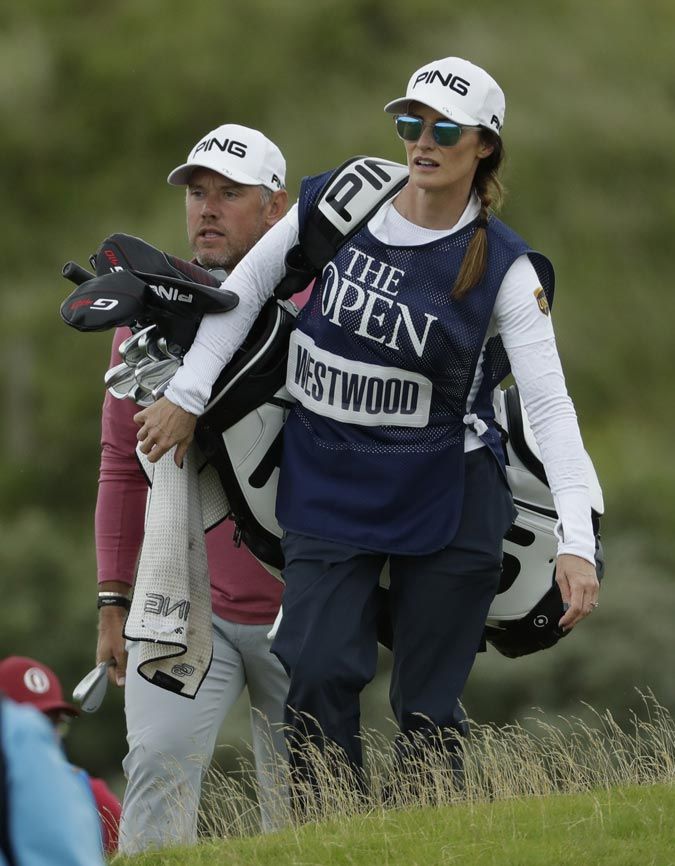 At Muirfield in 2013, Westwood started the final round with a two-stroke lead and shot 4-over 75 to finish four behind Phil Mickelson. He three-putted the 72nd hole to miss out on a playoff at Turnberry in 2009. At the 2010 Masters, he led after 54 holes.

Westwood has 18 top-10 finishes in his 81 appearances in the majors, and nine in the top three.

Still no major, though. And that's what he needs to cap a resume that includes rising to No. 1 in the world — he replaced Tiger Woods as the top-ranked player in 2010 — and winning the Ryder Cup seven times.

He's high on the list of the best players to have never won a major.

"I just go out there and have fun," Westwood said, downplaying any expectations. "I'm 46 years old and still competing with these young lads. Won last year. There is no pressure on me."

He would be the second-oldest British Open champion after Old Tom Morris, who was 46 years, 3 months, 9 days when he lifted the claret jug in 1867. Westwood will be 46 years, 2 months, 28 days on Sunday.

What's new this year for Westwood is the sight of girlfriend Helen on the bag for the first time at a major. A gym instructor, she took over as Westwood's caddie on a permanent basis following his win at the Nedbank Golf Challenge last year.

Westwood said she "doesn't know too much about golf" but knew a lot about how his mind works.

"There's more to caddying," Westwood said, "than counting and getting the wind direction."

It means their conversations on the course range from what they are having for dinner later, to where they will go on vacation and, Westwood quipped, if there was a nail file in the bag.

"I enjoy doing it all myself, there's no questions then," Westwood said. "Get the yardage, pull the club, get the wind. It's all my responsibility. I'm 100% clear in my own mind what I'm doing." 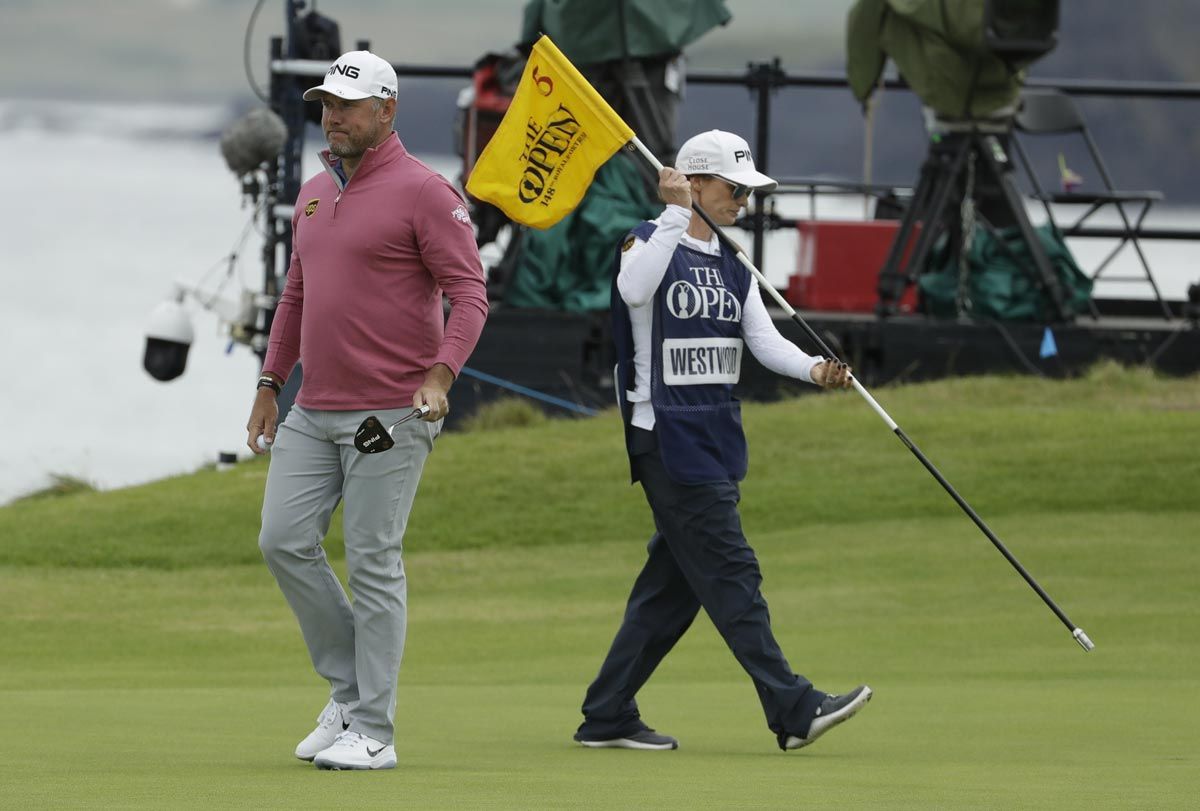 Look where it has got him this week.

He has birdied the tough par-3 16th hole both times he has played it, and is 4 under for the last three holes — a closing stretch where many have struggled.

On Friday, he was bogey-free for only the second time in 86 career rounds at the British Open.

He'll play alongside Tommy Fleetwood, another Englishman, in the next-to-last group on Saturday.

With his new care-free attitude, Westwood could yet get that elusive major just when many thought the chance had passed him by.