GEN. TRIAS, Cavite – Michael Bibat and Tony Lascuña closed out in scorching fashion and forced a three-way tie for the lead with Lloyd Go on Thursday, setting up a gripping finish at the ICTSI Eagle Ridge at Aoki Invitational.

Bibat made three birdies in the last seven holes in overcast skies as he bounced back from a second round 72 with the day’s best six-under 66 while Lascuña went four-under in the last five, spiked by an eagle on No. 16, for a 68.

The veteran pair pooled a 54-hole aggregate of nine-under 207, catching Go at the helm after the young Cebuano find, who led the elite field by two halfway through the P2 million championship, settled for a one-birdie, one-bogey 72 after posting the first six-under card in his big, surprise charge on Wednesday.

Go stood his ground against multi-titled Angelo Que and Dutch Guido Van der Valk in the featured flight, rescuing a couple of pars to keep himself in the mix of things for a shot at a breakthrough win after a joint fifth place finish at Splendido last month.

“I didn’t putt good, and that’s the difference between the first two days and today (yesterday),” said Go, who gunned down 12 birdies against three bogeys in the first 36 holes but could only shoot one birdie on No. 6 against a bogey on the 13th in moving day.

But ranged against a hungry Bibat, still in pursuit of a second victory after winning at Rancho Palos Verdes way back in 2015, and a multi-titled Lascuña, who flashed vintage form to put himself among the frontrunners, Go said he’d try to keep it simple in this fourth leg of this year’s tour put up by ICTSI.

“Target the fairways, hit it close and make the putt,” he added. 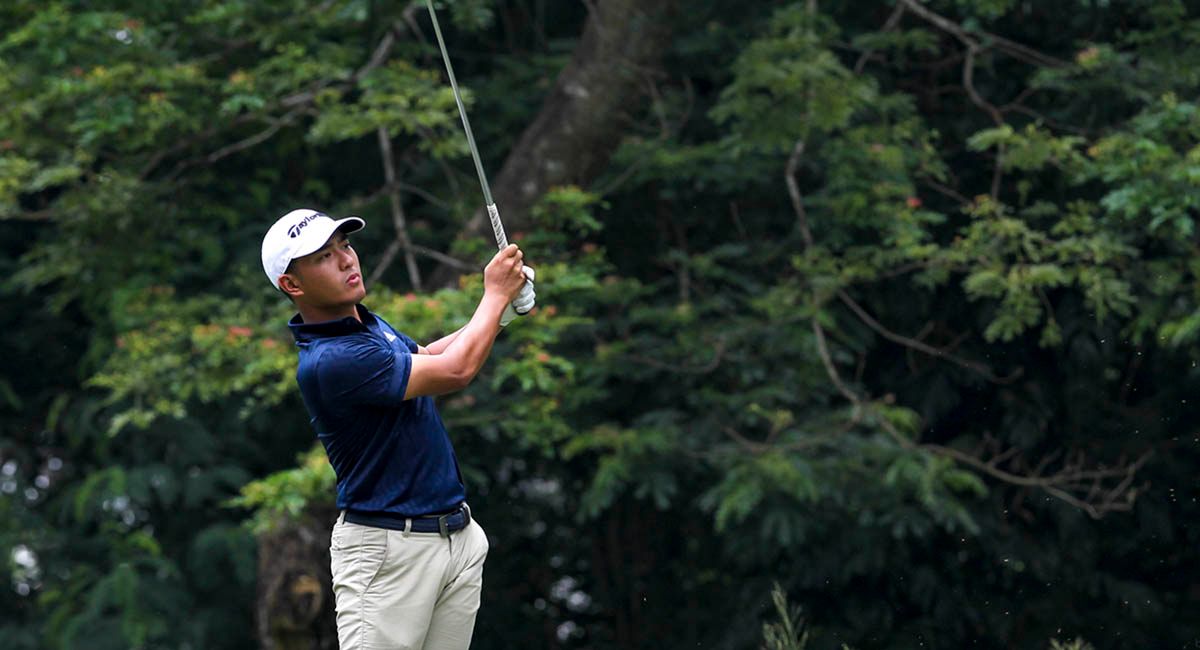 His veteran rivals also have their own schemes in their chase for the P360,000 top purse.

“It’s going to boil down to putting,” said Lascuña, many-time winner here at Eagle Ridge and the Order of Merit champion from 2012 to 2014 and in 2016. He last won at Riviera Couples under the bubble setup in 2020.

While admitting he has given away considerable length off the tee to younger players the last few years, the 51-year-old ace, who blew a frontside 33 with a bogey and a double-bogey in the first four holes at the back, said the final round battle will not all be about power but putting.

“Putting will be the key tomorrow (today),” said Lascuña, whose birdie on No. 15 fueled a fiery windup that included a four-foot eagle on No. 16 and an eight-footer for birdie on the next. “I can make up for my lack of length with my irons and I’m more confident now with my putting.”

Bibat, however, is putting premium on precision and position, given the wet conditions and the dangers lurking on every corner of the risk-and-reward layout.

“Most holes require precision shots, some you have to go for positioning,” said Bibat, who birdied three of the last four holes at the front then knocked down putts from 10-12 feet on Nos. 12, 14 and 16.

Zanieboy Gialon, the first round co-leader who fell off the leaderboard with a second day 73, bounced back with a 69 to put himself in contention with a 209, just two shots adrift, while Reymon Jaraula, who scored a breakthrough, also at Palos Verdes, in 2019, carded a 69 to tie Van der Valk, who shot a 71, at 210.

Que survived a wild frontside of two birdies and an eagle against a bogey and a triple-bogey but cracked in the last nine holes with three bogeys against a birdie, his 74 dropping him from second to joint seventh at 211 with Sean Ramos and Orlan Sumcad, who fired a 69 and 70, respectively.