SILANG, Cavite – Juvic Pagunsan produced a superb round in daunting conditions, finishing with a four-birdie binge for a 67 that turned a wild title chase into a virtual romp in the rain-hit ICTSI Riviera Classic on Friday.

A long day marred by three delays due to rain and gale-force winds had Pagunsan clinging to a two-stroke lead over Tony Lascuña and a charging Ferdie Aunzo after a bogey on the long par-3 No. 12.

But he quickly dashed their hopes by birdying No. 13 from 10 feet, adding two more from close range before capping his run with a 15-foot putt on No. 16 that left his rivals in awe and the outcome of the P2.5 million tournament practically beyond doubt.

With a 207 aggregate through 54 holes, Pagunsan no holds a six-shot lead over Aunzo and is on track to nail a record fourth win in row after sweeping the last Visayan legs in Bacolod, Negros and Iloilo last June. 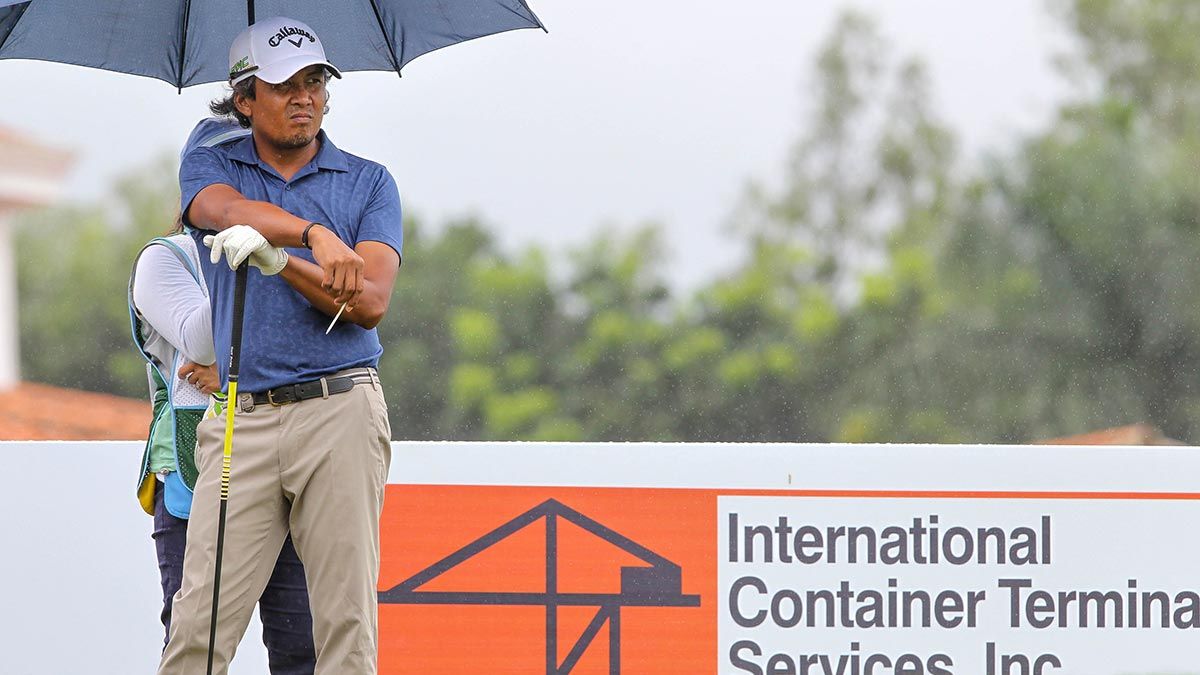 Aunzo found the wet conditions to his liking, producing a gutsy run of pars and birdies on Nos. 12, 14 and 18 from close range. He came out with the day’s lone bogey-free card but faced a tough task despite an even 213 total.

“I just got lucky at the back after the rain,” said the former amateur hotshot, who is out to snap a long slump in the circuit organized by Pilipinas Golf Tournaments, Inc.

Lascuña, just two off Pagunsan with Japanese Keisuke Takahashi and Dutch Guido Van der Valk after 36 holes, failed to match Pagunsan’s hot finish and even dropped a stroke on No. 14. He ended up with a 72 and slipped to third at 217.

Takahashi and Van der Valk hobbled with similar 74s and remained tied but now at fourth at 216 with Clyde Mondilla, the reigning Philippine Open champion, also fumbling with a 74 for sixth at 217.

Rupert Zaragosa blew a three-under frontside with three bogeys in the last eight holes, finishing with an even par 71 for a six-over 218 while Arnold Villacencio carded a 72 and tied Anthony Fernando (73) and Jhonnel Ababa (75) at 219.