THE men of the Philippine Golf Tour tee off with Juvic Pagunsan a marked man in the Aoki Invitational teeing off on Tuesday at Eagle Ridge in Gen. Trias, Cavite.

“Rain is forecasted for the week. The greens are sleek but are rolling well and we expect excellent low scores because of the caliber of these pros,” said Eagle Ridge Golf and Country Club general manager Antonio Ocampo.

Japan-based Pagunsan, who once topped the Asian Tour money list, has not played on the Pilipinas Golf Tournaments, Inc.-organized circuit since posting a record four-leg sweep in 2019. He put himself in pre-tournament conversation with an 11-stroke victory in the Southwoods Pro-Am last week.

Angelo Que is the other multi-titled player tipped to contend for the crown in the P2 million tournament put up by ICTSI, with the former three-time Asian Tour champion also raring to mark his PGT return with a top podium finish after placing joint 11th in his last PGT event, also here last year. 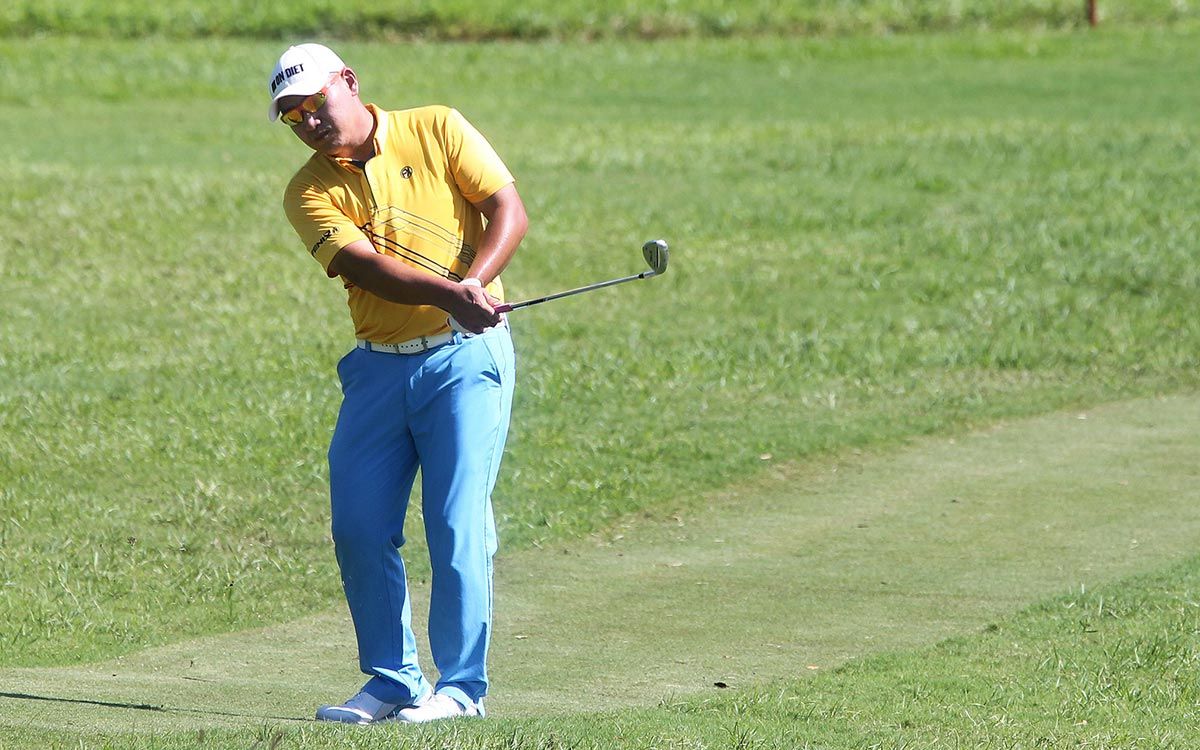 Angelo Que is among the players to watch at Eagle Ridge.

Lascuña, for one, has put premium on power while stressing the need for solid iron play to set up good birdie opportunities and fuel his title drive in the 72-hole championship.

“There’s a lot of power hitters in the field and they have the edge but it’s still a wide-open race. For as long as I’ll be able to get my iron game going and come up with recovery shots, I’ll be in the hunt,” said Lascuña, a four-time Order of Merit winner, including three straight in a dominant run from 2012 to 14.

The young guns are also going flat out to make their case, including Ira Alido, who nailed his breakthrough win in the PGT Riviera Championship in 2020, but has struggled trying to regain his form while playing in a couple of tournaments on the Asian Development Tour. He placed sixth at Caliraya Springs and finished joint ninth at Splendido Taal.