KAPALUA, Hawaii — Justin Thomas began the new year mildly disappointed by not having won more than he already has on the PGA Tour.

That's not to suggest he ever thought it was easy.

Sunday at Kapalua (Monday, Manila time) was proof of that.

Thomas won the Sentry Tournament of Champions in a three-man playoff over Patrick Reed and Xander Schauffele for his third victory in his last six starts on the PGA Tour, and the 12th of his career. Thomas, 26, now has more victories than any active players younger than 30.

That took time to digest, mainly because of how he got to No. 12.

He birdied six out of eight holes to turn a two-shot deficit into a two-shot lead with three holes to play.

"Through 15 holes, it was one of the best rounds I had played," he said. 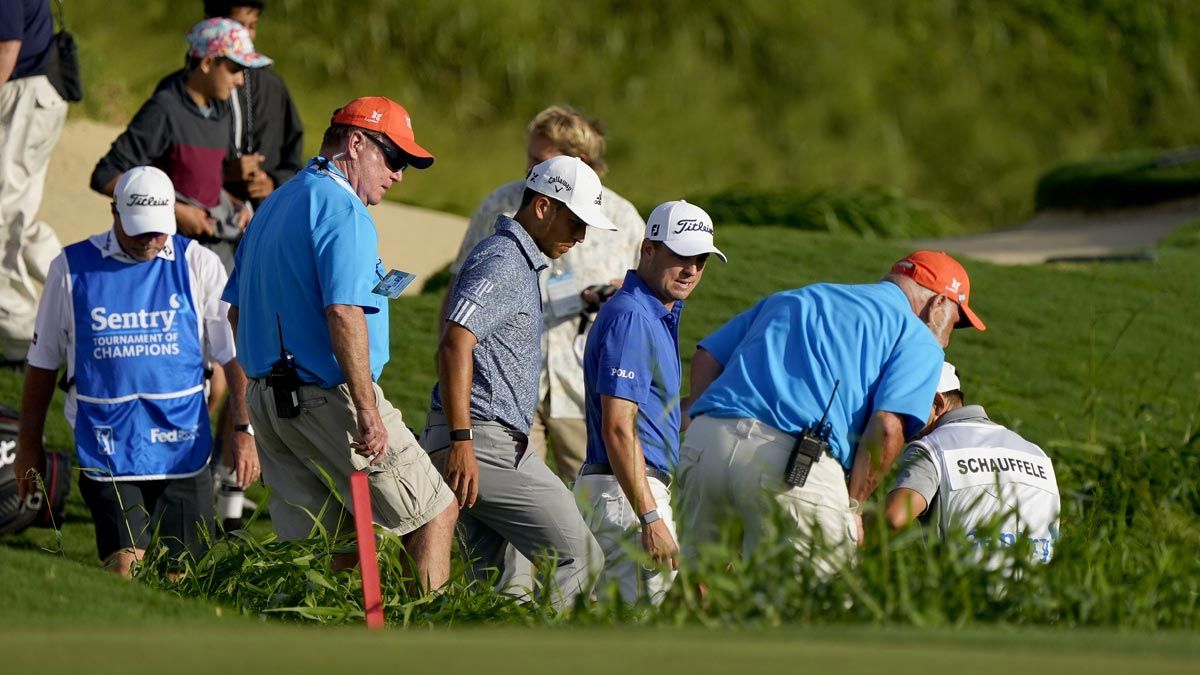 He fell into a playoff by hitting a toe-hook off the tee at the par-5 18th, followed by a 3-wood that landed in knee-high vegetation so thick that a nine-member search party couldn't find it. He made bogey.

"I botched it up pretty badly," he said.

Schauffele became only the fourth player in the final round to reach the 18th green, a 3-wood that left him a 35-foot eagle attempt. He three-putted for par, missing a seven-foot putt for the win.

Thomas, who had stood off the green with his cap removed and his head bowed anticipating defeat, suddenly had another chance. It also gave life to Reed, who nearly an hour earlier had made a 20-foot birdie putt for a 66 — matching the best score of the tournament — that he figured would fall short at 14-under 278.

It was the first three-man playoff since the tournament moved to Kapalua in 1999.

"I got very lucky to even have that opportunity," Thomas said. 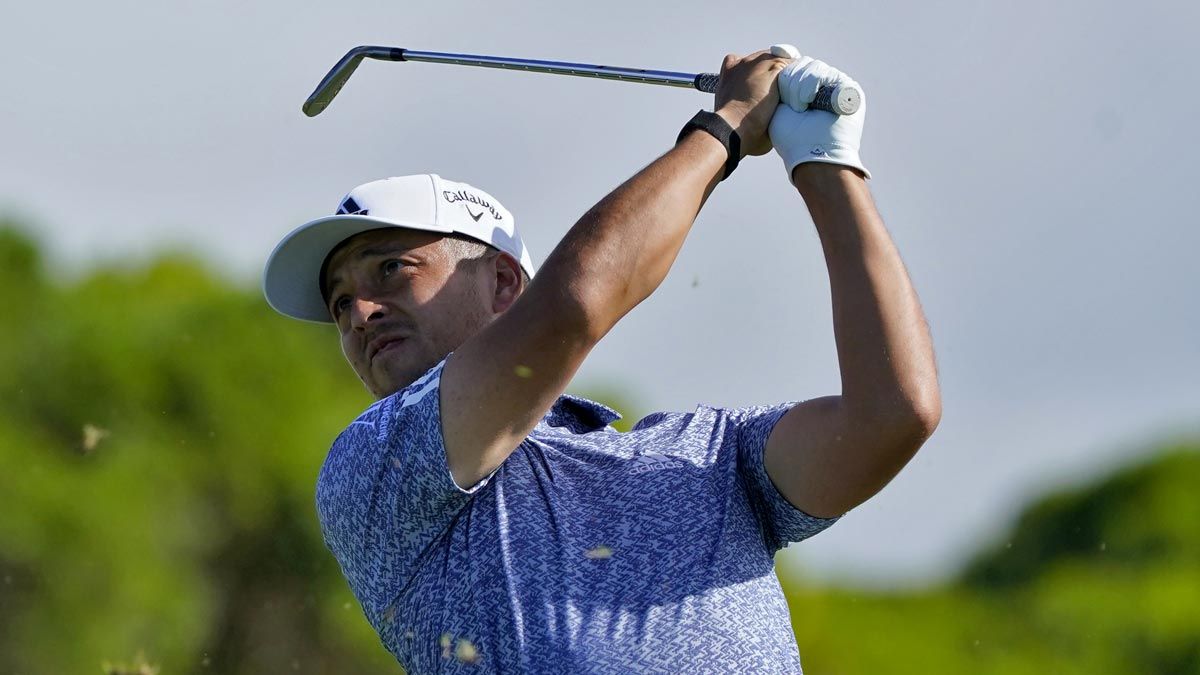 Schauffele was eliminated with a three-putt par from 100 feet on the 18th in the playoff. Thomas had to watch Reed have two putts at the win, a 30-foot eagle putt on the first extra hole, a 12-foot birdie putt on the second extra hole. Reed missed them both, and Thomas finished him off on the final hole before darkness.

"That's what happens when you win," Thomas said. "Obviously, you have to play well and make some putts and hit some shots. But at the end of the day, you need stuff to go your way. And it definitely did today. And it feels great."

It was more crushing for Schauffele than for Reed, even though Reed had the last chance to win.

Schauffele had a one-shot lead going into the final round and was two shots ahead through seven holes when Thomas went on his big run with golf so pure that Schauffele said, "I'd like to see anyone else try it."

But it was right there for him at the end when Thomas chopped up the 18th hole.

The wind on the Plantation Course is most treacherous on the greens, with players having to guess if a 30 mph gust will knock putts offline or give them too much speed. That's what cost him on the 18th in regulation, and it cost Reed on the last two playoff holes.

"I should have won the tournament," Schauffele said, pausing to consider how wild the final hour really way. "JT was right there. But with the circumstances, I should have closed it out. I did everything I was supposed to until the last moment."

Reed also spoke to the gusts on his 12-foot birdie to win and 8-foot birdie to stay alive. What bothered him equally — at least based on the glare he shot to the gallery — was the fan who screamed, "CHEATER!" after he hit his putt on the third playoff hole. Thomas says he didn't hear it, presumably because he was locked into his own moment. 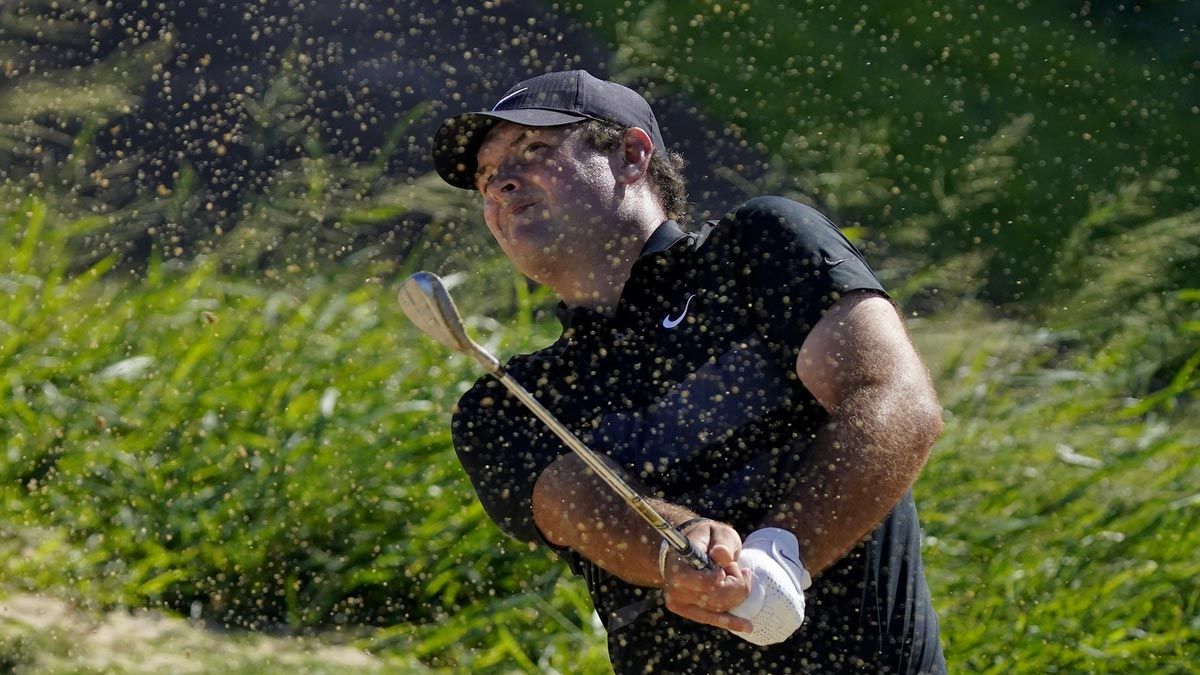 The reference was to Reed scooping away sand to improve his lie in the Bahamas, which was caught on video and shown to him after the round, leading to a two-shot penalty. Reed heard plenty more — and plenty worse — a week later from the Australian crowd at the Presidents Cup.

Thomas was more exhausted than elated, mainly because of the sharp swing in emotions at the end.

He carries momentum to the Sony Open in Honolulu, and perhaps the rest of the year and beyond. Thomas remains No. 4 in the world, but his record since June bears noting. He has not finished worse than a tie for 17th in his last 11 tournaments worldwide.