JUSTIN Quiban produced a stirring 10-stroke turnaround with a scorching seven-under 65 on Wednesday, catching Michael Bibat at the helm in a day of changing fortunes halfway through the rich ICTSI Eagle Ridge Challenge at the Aoki course in Gen. Trias, Cavite.

As erstwhile leader Joenard Rates turned from awesome to awful and tumbled to joint sixth with a 76 after a 69, Quiban rebounded from a 75 on Tuesday with a barrage of birdies in hot, windy conditions, including three straight to kickstart his back nine.

He did stumble with a couple of bogeys but negated them with six more birdies as he found his rhythm and touch, moving on top with Bibat at four-under 140.

“I really hit it good compared to yesterday– off the tee, iron and wedge shots,” said Quiban. 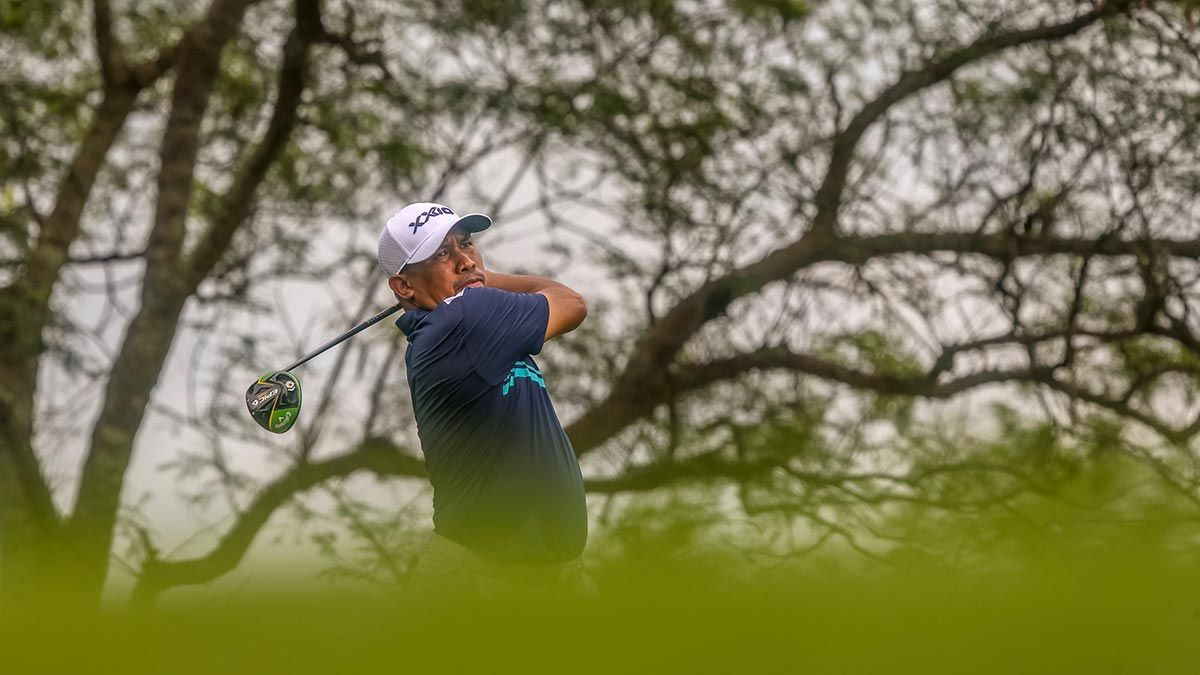 While Quiban banked on a big rebound to fuel his title bid in the P2 million ICTSI-sponsored championship, Bibat played it steady with a second 70 to stay on course in his bid to end a long winless run after scoring a breakthrough at Rancho Palos Verdes in 2013.

“Patience is key here. The course is tough with the wind coupled with tough pin positions,” said Bibat, who broke a two-birdie, two-bogey card at the front and took the lead with birdies on Nos. 11, 14 and 16.

But he bogeyed the treacherous 18th for the second straight day, enabling Quiban to gain a piece of the lead.

Miguel Tabuena checked a wobbly backside 37 with two birdies at the front, breaking par 71 and moving to joint fifth at 144. Just four shots behind the joint leaders, the two-time Philippine Open champion and former PGT top earner is expected to make his move in the last 36 holes.

While Quiban regained nearly everything to seize control, Rates lost his, including the momentum of his three-birdie feat in the last five holes in the first round. He went without a birdie and made five bogeys in the first 15 holes, gaining a stroke just on the par-5 16th for a 76. 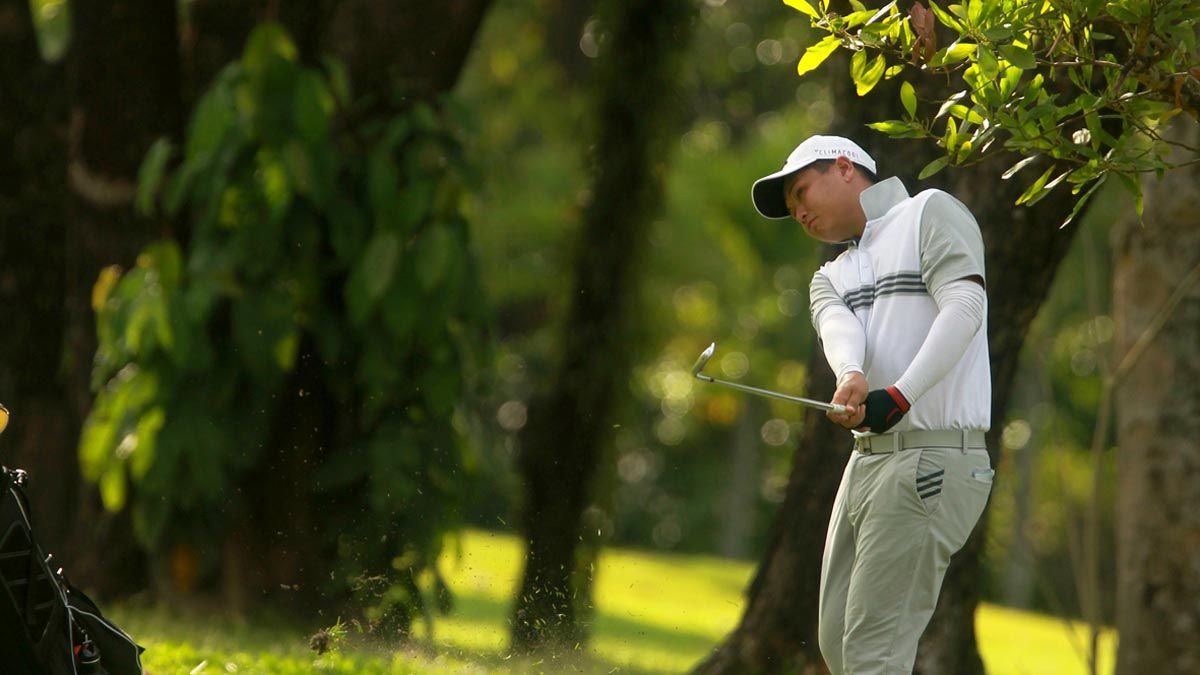 Angelo Que hardly recovered with a 73 but safely made the 40-plus ties cut at 149, along with last year’s Riviera leg winner Tony Lascuña, who shot a 74, and Frankie Miñoza, who struggled with a 78, for identical 154s.

Former Philippine Open champion and 2020 PGT Asia Pradera Verde winner Clyde Mondilal failed to advance after ending up in 43rd spot with a 78 and 163.