Sure, he had spent 16 years playing in the NBA, making millions and winning two world championships in packed arenas at the highest level of a global sport. But he had never been in the situation like he was on Monday (Tuesday, Manila time): lining up tee shots as a 36-year-old freshman walk-on playing his first college golf tournament for North Carolina A&T at Elon's Phoenix Invitational.

That's easy to understand considering how massive of a change it represents for Smith. Exactly one year earlier, to the day, he was a shirtless part of an oncourt celebration with LeBron James after the Los Angeles Lakers had just closed out a title run in the Florida pandemic bubble.

Smith had since been drawn to the Greensboro school because of his interest in attending a Historically Black College or University, which follows a push by the NBA and its players to support HBCU traditions and culture in this year's All-Star Game in Atlanta.

On Monday, Smith's pride came from representing a HBCU for the first time as an Aggies golfer at the two-day event at Alamance Country Club.

"We're such a small part of the percentage of the country, let alone the budgeting system," Smith said with a laugh. "Because I see everybody else has got vans and all this other stuff. But it's great. It's great to represent them. It's great for the school to get the recognition because they deserve it, and my fellow classmates.

"That's what I'm most excited about: to be able to come back to campus and my teammates have their head held high with a victory coming from a tournament is what we look for." 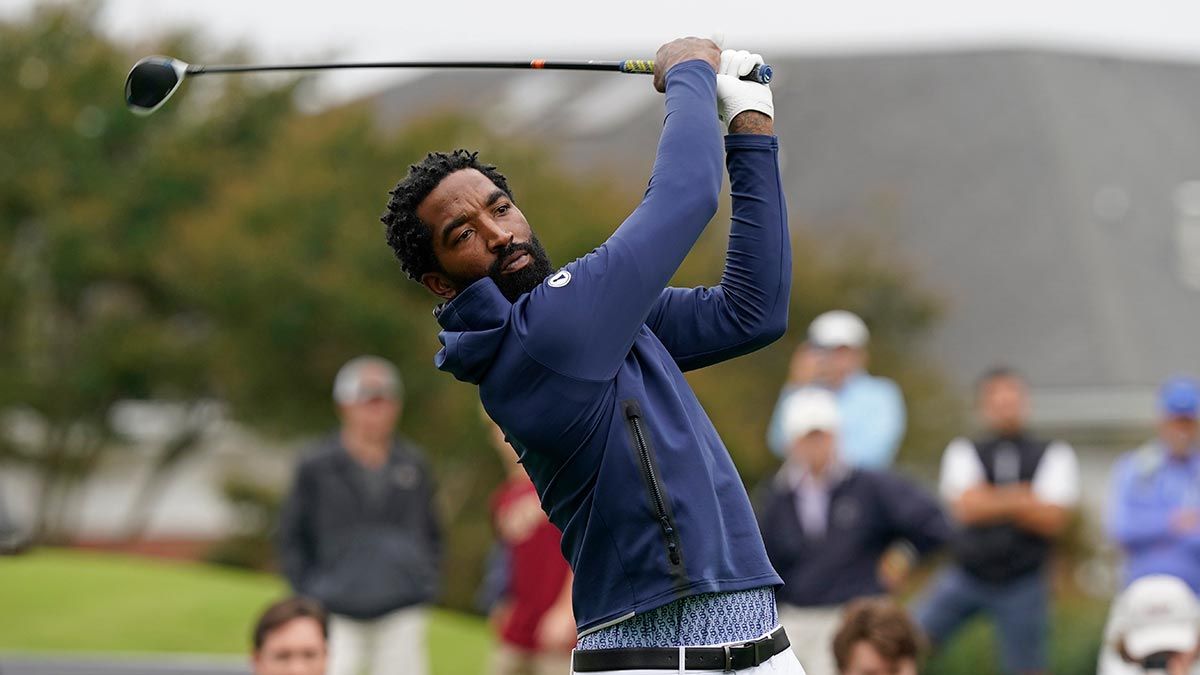 It's a college experience almost two decades delayed for Smith, who was originally slated to play basketball at North Carolina before jumping from the preps to the NBA to become a first-round pick in 2004.

"I was pretty pleased with him," Aggies coach Richard Watkins said. "He made some mistakes, did some things you will do if you're not used to competing. Just going out and playing recreational golf with your buddies is a whole lot different than competition.

"That first 18 was just to get his feet wet. Then he buckled down and I was really pleased with what he did that second 18, because education doesn't come cheap. And I think he learned some lessons out there today."

Smith's presence in a blue A&T hoodie and white pants drew a mini-gallery ranging between 15 and 30 curious onlookers following him around the course. Eli Ehrbar couldn't pass up the chance to be part of that.

The 21-year-old is a native of Cleveland, where Smith helped the James-led Cavaliers to the 2016 world championship. The Elon senior said it felt like a bit of good fortune that Smith qualified for his first college tournament so close.

"When I saw he qualified, I was like, 'I have to come,'" said Ehrbar, wearing a burgundy Cavaliers hoodie. "I think that was kind of the feeling with me and a couple of my friends. We were like, this is a world-class athlete, a world champion NBA player. Especially being from Cleveland, it just hits a little home differently."

Smith seemed relaxed enough through numerous holes. When one tee shot hit a tree and landed in the fairway, Smith was quick to quip that he called the bank shot. He gave a playful "beep, beep" as his cart driven by Temple golfer Joey Morganti made its way through the onlookers on the cart path.

And when an excited 2-year-old yellow labrador retriever named "Lucky" started barking from a nearby home's front yard during one of Smith's shots, Smith stopped and shouted from across the green: "What's your name?"

Smith said he wanted to be just another competitor at the tournament, though he understood the extra attention that came with his debut.

"More than anything, it's just being able to go out there and compete as one of the guys, just another name, and get my (butt) kicked," Smith said. "It was actually a very humbling feeling. Again, I'm ready to go to that range to work on it. I had fun, but I don't like losing."