TONY Lascuña continued to defy Father Time, scoring two big wins to reach the finals of the ICTSI Villamor Match Play on Thursday at the Villamor Golf Club in Pasay.

The 51-year-old Lascuna dominated Clyde Mondilla, 5&3, in the semifinals after defeating Gerald Rosales, 4&3, in the morning quarterfinals in hot conditions.

“I thought I need to get ahead of them early. I’m so, so tired but good thing, my game didn’t change a bit,” said Lascuña

The former top earner on the Philippine Golf Tour had strong starts in the quarterfinals and semifinals, hitting birdie on the first two holes to take command, moving 3-up after four then cleverly matched his rivals’ outputs to advance to the finals of the first head-to-head tournament in the country’s premier pro circuit put up by ICTSI.

“Like against Gerald, after the first four holes, I was up by 3. Then I played it safe but stayed focused in the succeeding holes, making sure they wouldn’t win three straight holes. I played cautious – driving, iron and putting. I went for pars and made the most of my birdie chances (on the par-5s). Thank God I won. I was so exhausted,” said the second seeded Lascuna.

Standing in his way is a young, hungry ace seeking a breakthrough victory as Keanu Jahns stopped Lloyd Go, 2&1, in the other semis clash to get a shot at the P280,000 top prize.

The 24th-ranked Jahns, whose best career finish was second twice, the last when he lost to Lascuna by three in the 2019 ICTSI Apo Invitational, sustained his big 4&2 reversal over eighth-ranked Jhonnel Ababa in the Last 16 on Wednesday, besting top seed Guido Van der Valk, 3&2, in the morning quarters then ending Go’s impressive run of victories that included a 5&4 rout of Marvin Dumandan in the first round, a 7&5 victory over Zanieboy Gialon in the next, and a 3&2 victory over Miguel Tabuena in the quarterfinals.

“I’ve been playing pretty solid and my swing feels good. So after my match with Ababa, that’s when I felt good, that I felt I had the chance, so I kept the momentum going and won against Guido and Lloyd,” said the 27-year-old Jahns. 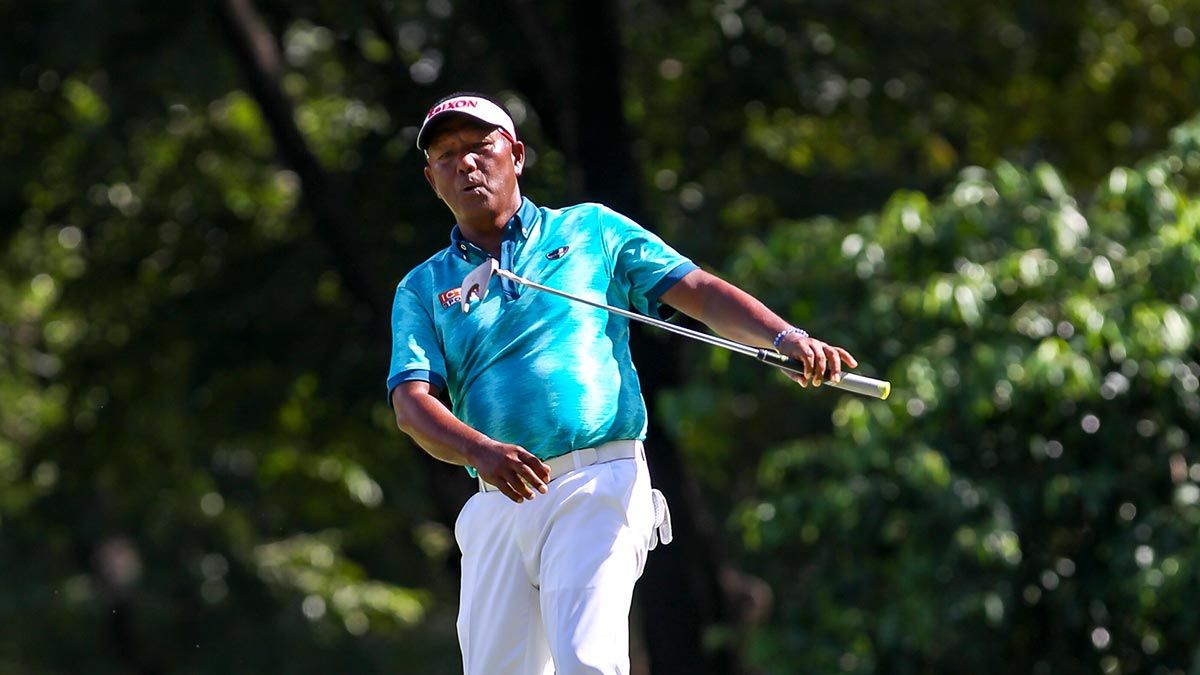 Against Lascuna, Jahns said he hopes to cash in on his power to be able to give himself good looks at the pins although he also remained wary of what his seasoned rival could offer in a duel of power and finesse.

“Distance (driving) is my edge since I’m gonna have shorter irons to the greens, I can attack the pins more,” said Jahns. “But this course is very demanding off the tee, so I must be very patient tomorrow (today) and I should play well.”

When asked what advantage would Lascuna bring to the final, Jahns said in jest: “Lahat (everything). He has a very good short game, an all-around player. So, I don’t think he’s gonna make much mistakes, so I have to play extra patient and just stick to my game plan.”

Lascuna likewise opted to downplay his chances, saying: “I’ll just play my game and enjoy it that way I did in the first three days.”

But he hopes to end the season on a winning note after the four-time Order of Merit winner finished runner-up or tied for second in the last three PGT legs at Eagle Ridge-Aoki, Riviera and Pradera Verde.

“I think I’m also due for a win. I don’t want to end the year at No. 2 again,” said the amiable Davaoeno ace.