IRA Alido and James Ryan Lam take a break from their regional tour campaign to spice up the title chase in the first Sambalilo Golf Pro-Am tournament firing off on Friday at the Caliraya Springs Golf Club in Cavinti, Laguna.

Alido has tapped Gabby Macalaguim while Lam is teaming up with Jet Mathay in the two-day event held in conjunction with the province’s Sambalilo Festival celebrations and which drew 67 pairs featuring the country’s leading pros and top and rising amateurs, including those in the women’s ranks.

Alido and Lam have been campaigning on the Asian Development Tour with the former also having some stints in Asian Tour events.

Meanwhile, Zanieboy Gialon, who has earlier listed Gab Manotoc as his partner, will now be playing with Romeo Lopez, hoping to get into the mix early in the scramble format and gain a crack at the championship at the very site where he reigned in a pro tournament recently.

Play shifts to four-ball on Saturday with the top 10 teams to receive cash prizes and those from 11th to last to get consolation prizes. 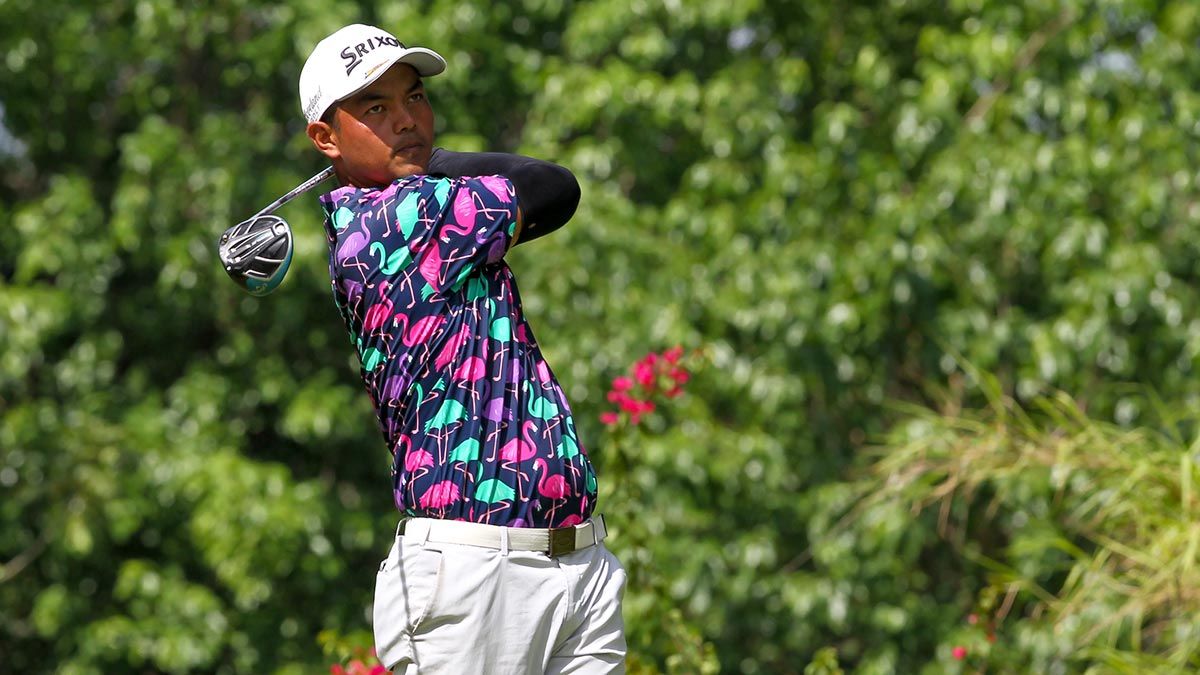 Michael Bibat eyes a pro-am win after a PGT victory at Eagle Ridge.

“I like our chances but we have to stay focused and play to our strengths,” said Bibat, whose confidence is bolstered by a recent victory that likewise ended a string of missed chances. He hopes to give his partner some good looks at birdies.

“We need to focus and give our best on every shot. My partner is a good putter so we have to have chances (for birdies) on every hole,” he added.

Focus will also be no former national player Sean Ramos, whose teamup with Laurea Duque is expected to stir up play given the latter’s impressive run of victories in the Northern California junior tour recently.

Duque is fresh from a win in the 93rd San Francisco junior championship that capped her five-tournament title run in six events on the Junior Golf Association of Northern California tour.