EVIAN-LES-BAINS, France — Cresting a wave of South Koreans atop the Evian Championship leaderboard on Saturday, Hyo Joo Kim fired a third-round 65 to move one shot clear on 15-under 198.

Kim's latest impressive round of majors golf did not quite match her very first — a record 61 here as a teenager five years ago when she took the title in her elite debut.

Top-ranked Sung Hyun Park closed the gap in second by making a birdie on the par-5 18th for a 5-under 66 on the hillside course overlooking Lake Geneva.

Four shots back in a tie for third place were seven-time major winner Inbee Park (69) and Jin Young Ko (66), the world No. 2 who won the season's first major, the ANA Inspiration, in April.

"I really think this golf course suits Korean players because all the golf courses in Korea are built in the mountain," Inbee Park said. "We are really used to the undulations and the lies that we get." 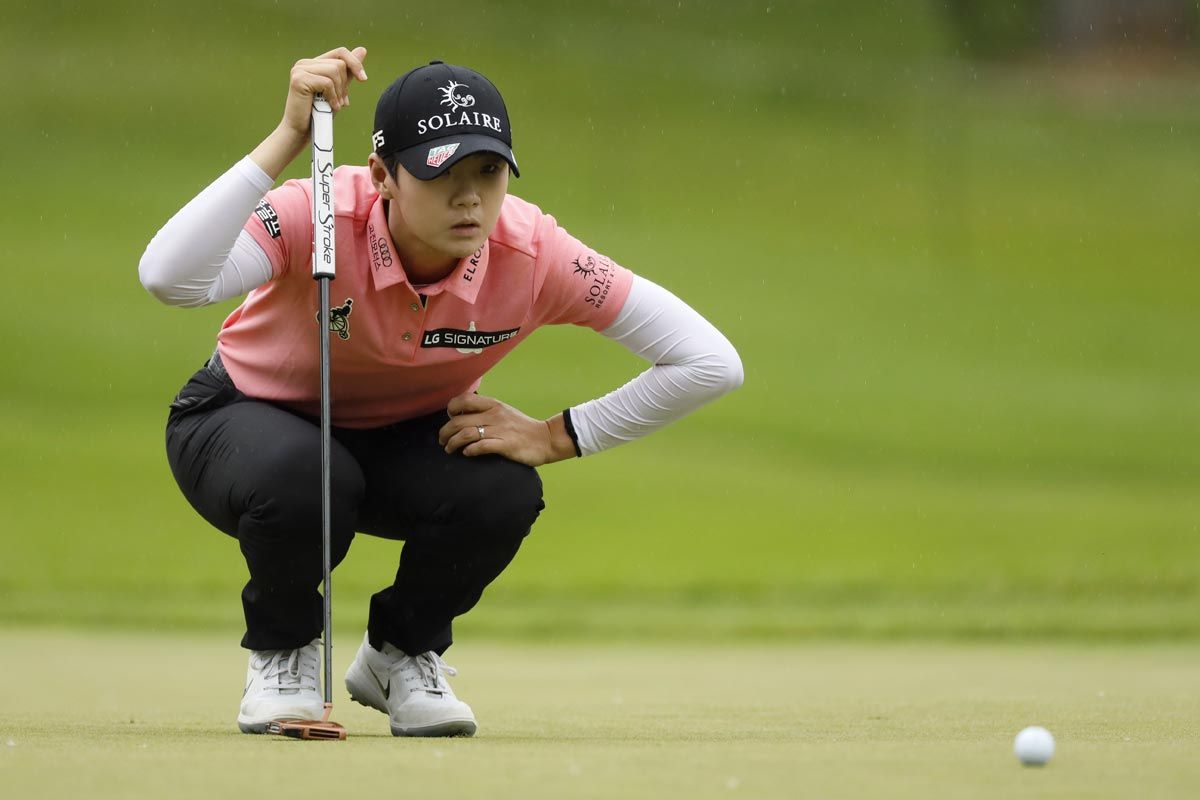 Sunday's forecast calls for persistent rain and a temperature drop of about 16 Celsius (30 degrees F) from the opening round heatwave on Thursday.

Evian has not escaped some fall-like weather despite switching back to July. The $4.1 million tournament was played in September since being elevated to majors status for the 2013 edition.

"I think I'm familiar with the course conditions when it has rained," Sung Hyun Park said through a translator. She planned to stay dry later Saturday and "just lie on my bed and read comics." 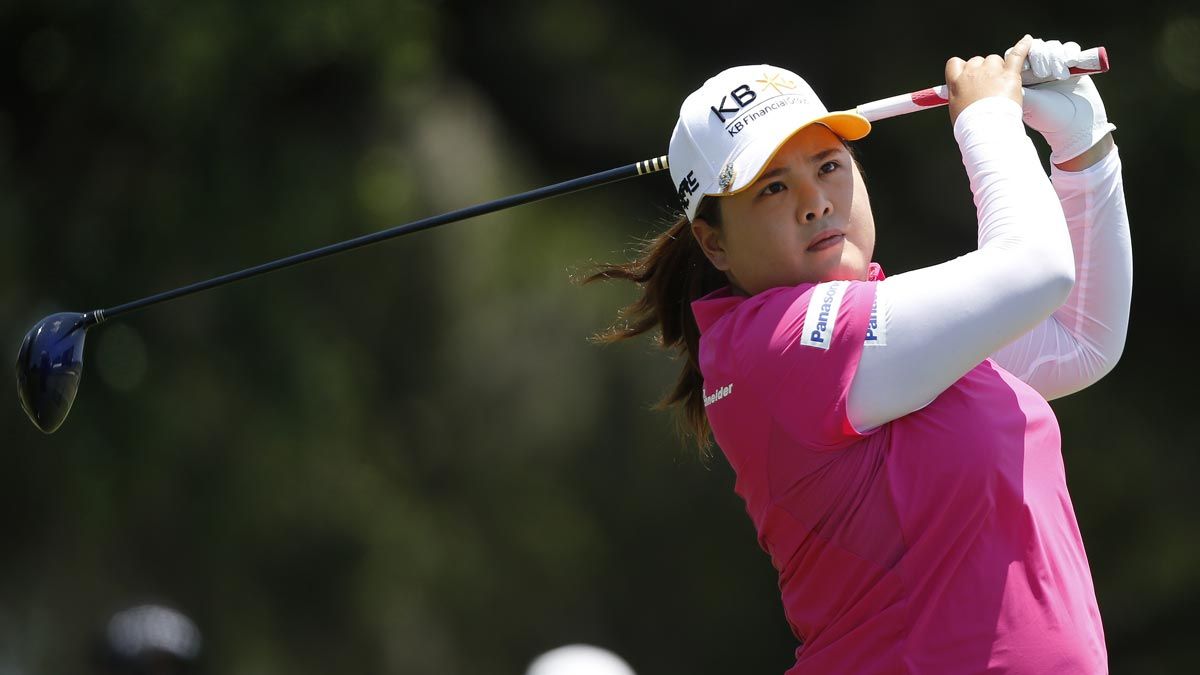 Four South Koreans were tied for the lead at 10 under after the leading group played the 8th, where Lee's 3-foot par putt roll around the lip and came back toward her.

After Sung Hyun Park moved clear at 12 under by holing her bunker shot for eagle at the par-5 ninth, Kim made a birdie to close within one shot and then picked up shots at Nos. 13 and 14 to lead outright.

Park drew level with a birdie at the par-5 15th, then fell back when only Kim made a four-footer for birdie that both had at the par-3 16th.

Four players are at 8 under included former top-ranked Ariya Jutanugarn, whose 64 tied the lowest round of the week. 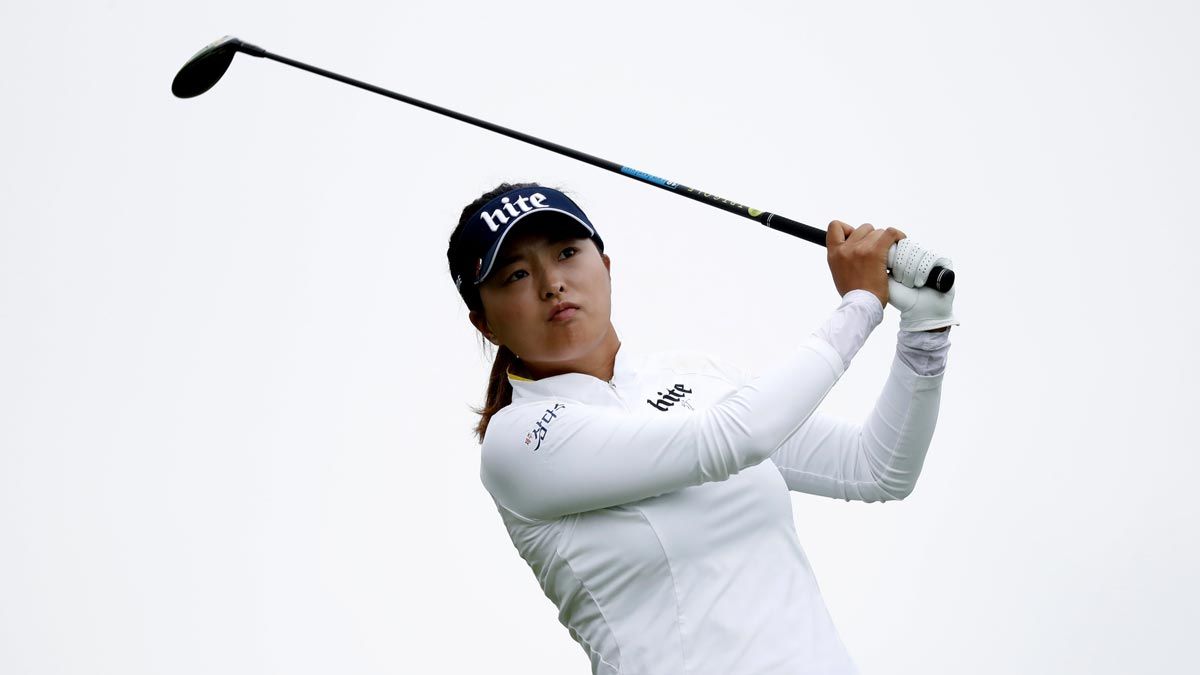 Also in that group were the best-placed Americans, Megan Khang (67) and tour rookie Jennifer Kupcho.

Kupcho, the inaugural Augusta National Women's Amateur winner in April, made eagle-3 at the 7th reaching the turn in 32 strokes, but needed a birdie on No. 18 to card 69.

The Jutanugarn sisters from Thailand both made big moves up the leaderboard.

Ariya Jutanugarn cited the softer greens, after heavy overnight rain, for helping her on a course where her best finish is tied for ninth.

"I feel like it never fits my game because it is so narrow, and so tight," said Jutanugarn, who has been world No. 1 in parts of each season starting in 2017.

Moriya Jutanugarn's 66 lifted her to 7 under, one behind her younger sister.