HWANG Min-Jeong won The Women’s Championship at Summit Point, edging Chihiro Ikeda by one after a closing 71 at the Summit Point Golf and Country Club on Saturday in Lipa, Batangas.

Hwang, 17, birdied three of the first four holes to break off a tie with Thai Nemittra Juntanaket then watched Ikeda’s blistering rally in a flight ahead fizzle out. The Korean clinched her second pro win after topping LPGT Splendido in January.

“This championship means so much to me, I gained so much confidence from this win,” said Hwang.

“But one thing I learned this week is that you have no time to relax till the last hole. Juntanaket is really good and when I saw on the boards that Ikeda is making a rally, I got nervous. I thought I lost it or I would go to a playoff after holing out with a bogey. I’m so glad to win it all,” said Hwang.

Ikeda nearly spoiled Hwang’s bid as the Fil-Japanese rallied from four down on a stirring three-birdie binge from No. 12, the last netting her a two-shot swing after Hwang bogeyed No. 14 to force a tie at nine-under overall. But the Midlands playoff winner last July bogeyed No. 15 to fall behind again and holed out with another bogey on the 18th in her desperate bid to land a birdie and force a playoff. 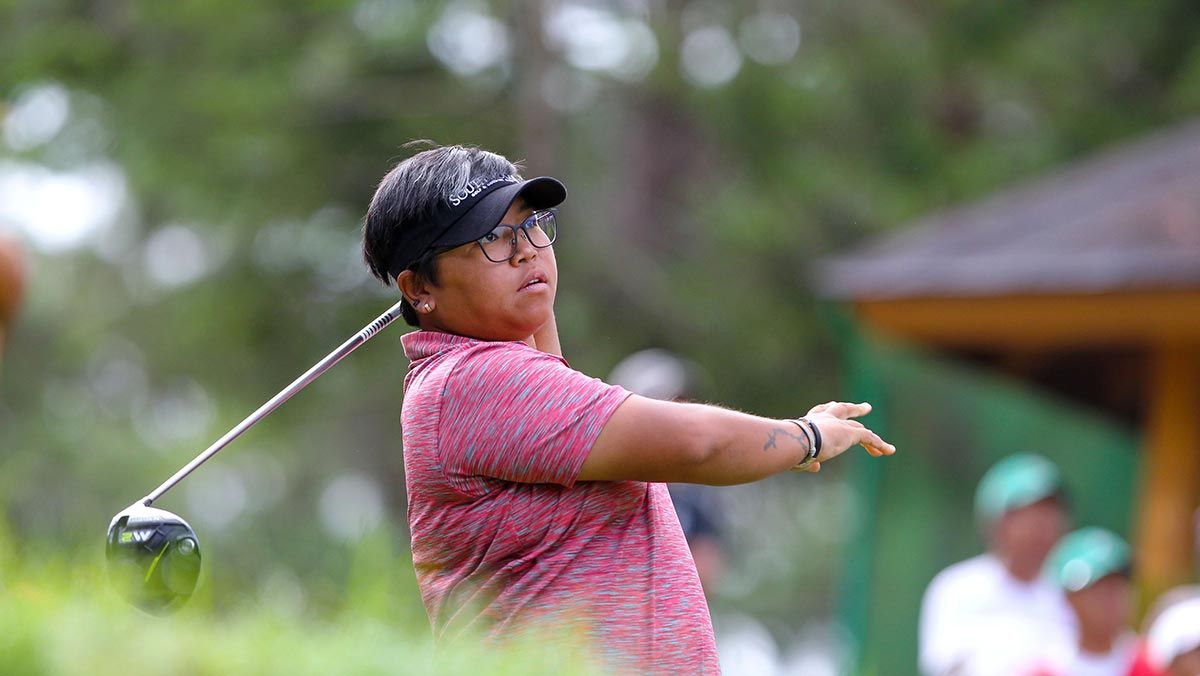 “I gave it my best shot but I came up short,” said Ikeda.

Tiranan Yoopan pulled to within two with back-to-back birdies from No. 12 but the comely Thai campaigner failed to ride the pressure in the featured flight and bogeyed the par-3 17th. She carded a 71 for joint third at 210 with Juntanaket, who closed with a 73.

The Country Club’s Eagle Ace Superal closed out with a 72 for joint 11th at 224 with Korea’s Kang Da Yun, who fumbled with a 77, and took the low amateur trophy for the second straight week.

Last year’s winner Yupaporn Kawinpakorn failed to contend with three birdies against the same number of bogeys as the veteran campaigner ended up solo fifth at 212 after a 72, while compatriot Pimpadsorn Sangkagaro rebounded from a second round 80 with the day’s best 68 spiked by five birdies at the front for sixth at 216.