MILTON KEYNES, England — Hinako Shibuno of Japan finished with a birdie to win the Women's British Open by one shot over Lizette Salas on Sunday as she wrapped up a stunning major championship debut.

The 20-year-old Shibuno, a rookie on the Japan LPGA Tour who was playing for the first time outside of her country, birdied five of the final nine holes in a 4-under 68 and 18-under 270 overall.

"I was also thinking about if I were to make this putt, how I was going to celebrate," Shibuno said of approaching the 18th. "Eat a lot of sweets."

Largely unknown before the championship, Shibuno — nicknamed "Smiling Cinderella" — started Sunday with a two-stroke lead but lost it with a double bogey on the par-4 3rd. She bounced back with birdies on Nos. 5 and 7 before a bogey on the 8th at Woburn Golf Club. 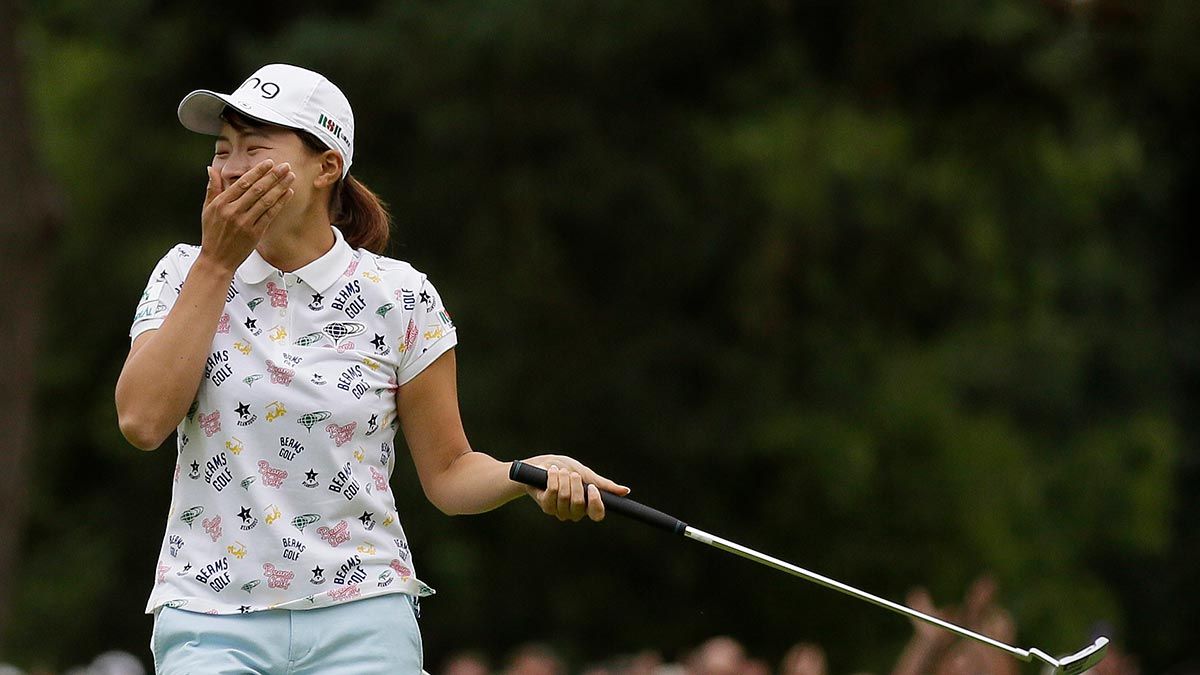 But in three of four rounds, Shibuno has shone on the back nine. She did it in 31 on Sunday — and just 30 on Thursday and Saturday.

"Now that I've won, I think a lot of the Japanese people will know me, but in actuality, I just wanted to live a quiet life," Shibuno said.

"I was looking online and I did see that it's been 42 years since a Japanese player has last won. I do feel that I have accomplished something great, but I really don't know the reason why I was able to accomplish it."

Salas, who started the final round tied for fourth, quickly played herself into contention with three birdies in the first four holes, and she added five more in a 7-under 65. 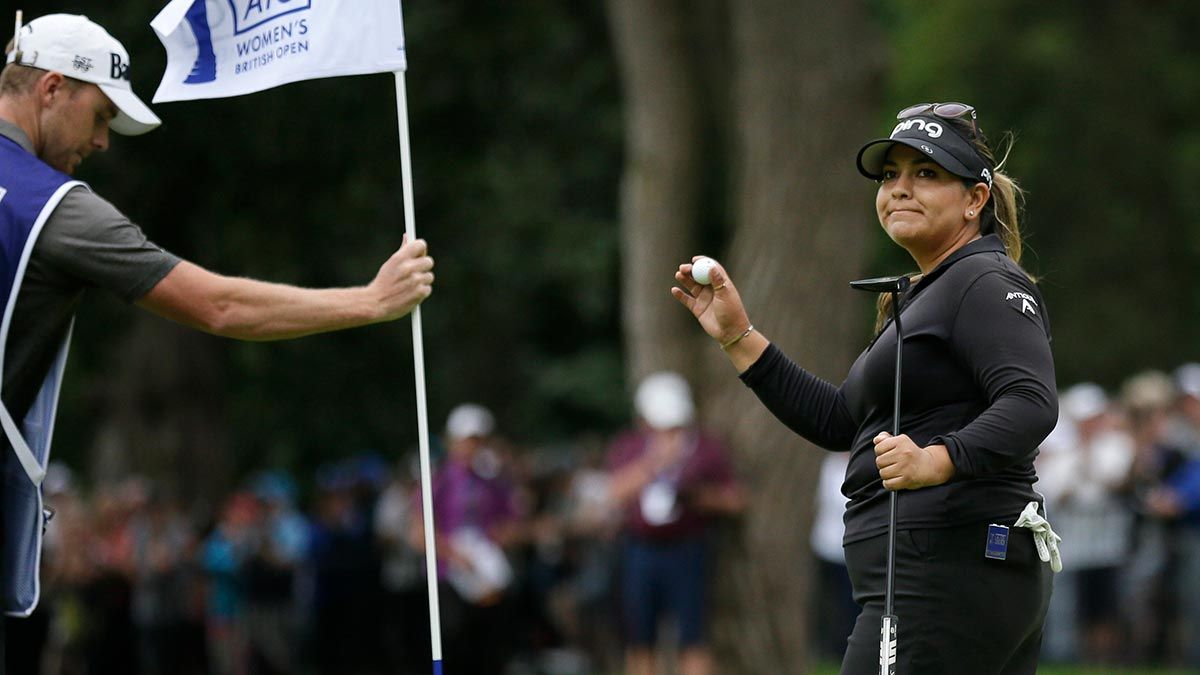 But the American will regret not taking another birdie chance on the 18th when she shared the lead with Shibuno.

"I told myself, 'You got this. You're made for this.' I put a good stroke on it. I'm not going to lie, I was nervous," Salas said after her best finish at a major. "You know, I haven't been in that position in a long time. Gave it a good stroke. I controlled all my thoughts. It just didn't drop."

Jin Young Ko, who was seeking her third major title of the year after winning the Evian Championship last week, was two shots back in third after a bogey-free 66.

"I had a little pressure, but I like that pressure," Ko said.

Morgan Pressel (67) finished fourth at 15 under, just ahead of former leader Ashleigh Buhai (70), whose hopes were dented Saturday when she let a five-shot lead slip. The 30-year-old South African finished fifth at 14 under. 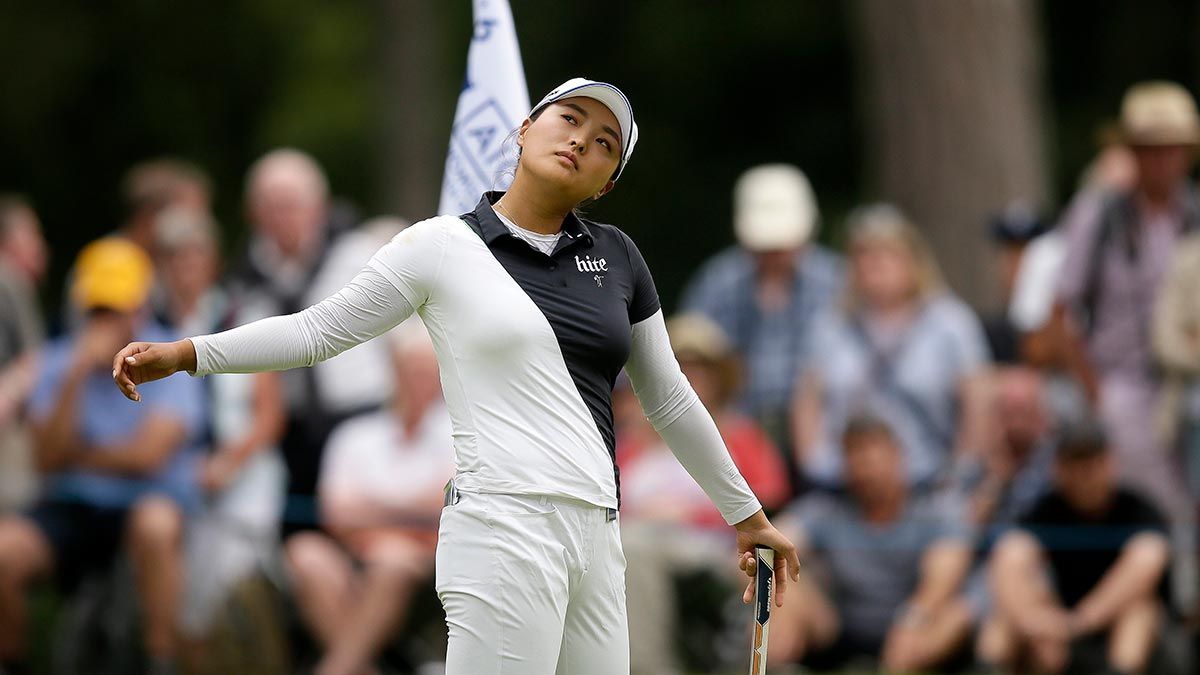 "If you had given me a top five at the beginning of the week, I most certainly would have taken it," Buhai said.

Also, Celine Boutier shot a 66 to finish the tournament at 12 under, followed by Carlota Ciganda (70) at 11 under and second-ranked Sung Hyun Park (73) at 10 under.