WHEN Dottie Ardina secured her LPGA card for 2019 after five years of trying, I was one of those who rejoiced.

Ardina’s feat capped a long climb to where she could finally tee it up with the big girls. She had that opportunity a few times in the past, but those moments were fleeting — a tease, if you will, because she played those LPGA events only upon invite or when a spot opened up.

Since turning pro in 2013 at age 21, the LPGA eluded her. Now, after a worthy performance in the 2018 Symetra Tour, the LPGA’s developmental tour where Dottie placed second in the Order of Merit, she finally earned the card to play full time in the LPGA 2019 season.

This could be it, we thought. After years that saw her laboring unceasingly to enhance her game, battling homesickness as she stayed in the U.S. for months, and perhaps even postponing her romantic inclinations along the way, she finally reached the pinnacle of her field.

The LPGA was what she dreamed of, the thing she lived for, the one prize she struggled to get. But as it was for many others who came before her, nothing was smooth or easy in the transition from the Symetra to the LPGA. In the latter, courses are longer, competition tougher, physical demands higher. Even the travel is more brutal. 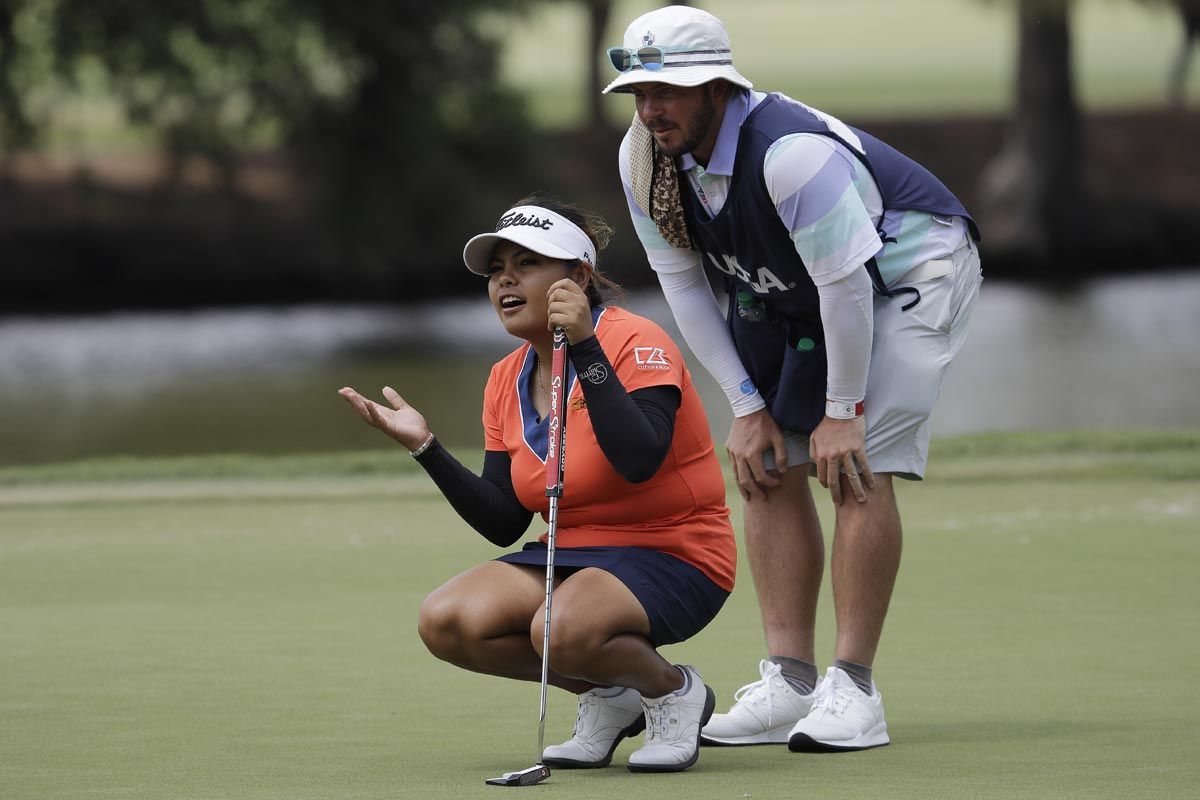 Dottie’s start was inauspicious. Maybe she was adjusting to the new norm. She missed the cut in her first event, and again in the next three. Needless to say, it was not the kind of start she envisioned — and it did not get any better.

The next events were equally disappointing. When the season ended last month, during which she played 21 tournaments over a nine-month period, she managed just five cuts. Her best finish was in the Thornberry Creek Classic last July when, despite a final score of 20 under par over four rounds, she ended up tied for 15th place. It was there that she earned her single biggest paycheck of the year: $25,166.

When the season was over, Ardina’s 2019 earnings totalled $53,200. By any standard, that was meager. It wasn’t even enough to cover her expenses for the year: entry fees, caddy fees, hotel, food, practice, transport, and a support staff, consisting mostly of her mother and father who took turns accompanying her.

Thankfully, she has ICTSI as a major sponsor. It made her season bearable.

The bottom line, however, was that she failed to retain her card for the 2020 season. She finished 133 in the LPGA rankings. Only the top 100 retained playing rights.

In short, it was back to the drawing board for her. Like many in her predicament, the next logical step was to forget the season that just ended and begin the process of securing back her LPGA card.

The shortest route was the LPGA qualifying series. A three-stage series, it culminates in the 8-round Q-Series, which determines who gets the 45 membership cards of the 2020 season.

Ardina, having just played the LPGA, had the luxury of not going through the whole process. She skipped Stages I and II, and took her spot in Stage III (now known as the Q-Series), where she joined 98 of the best women players in the world who are not yet members of the LPGA.

Many hoped she would breeze through this new test. She had the experience, she had the game, and she had the motivation. Having tasted life in the LPGA, she wanted that world back.

But, all the women in the Q-Series also had that in mind. Like her, they were fighters. They were also skilled and, moreover, had coaches, support staff, and a lot of experience.

Even as Ardina battled with all her will, she failed in the end. She missed her card by two strokes, her final two rounds of 78-74 in the 8-round series betraying her. In hindsight, had she been better by just two strokes from the last two rounds, she would have retained her card. 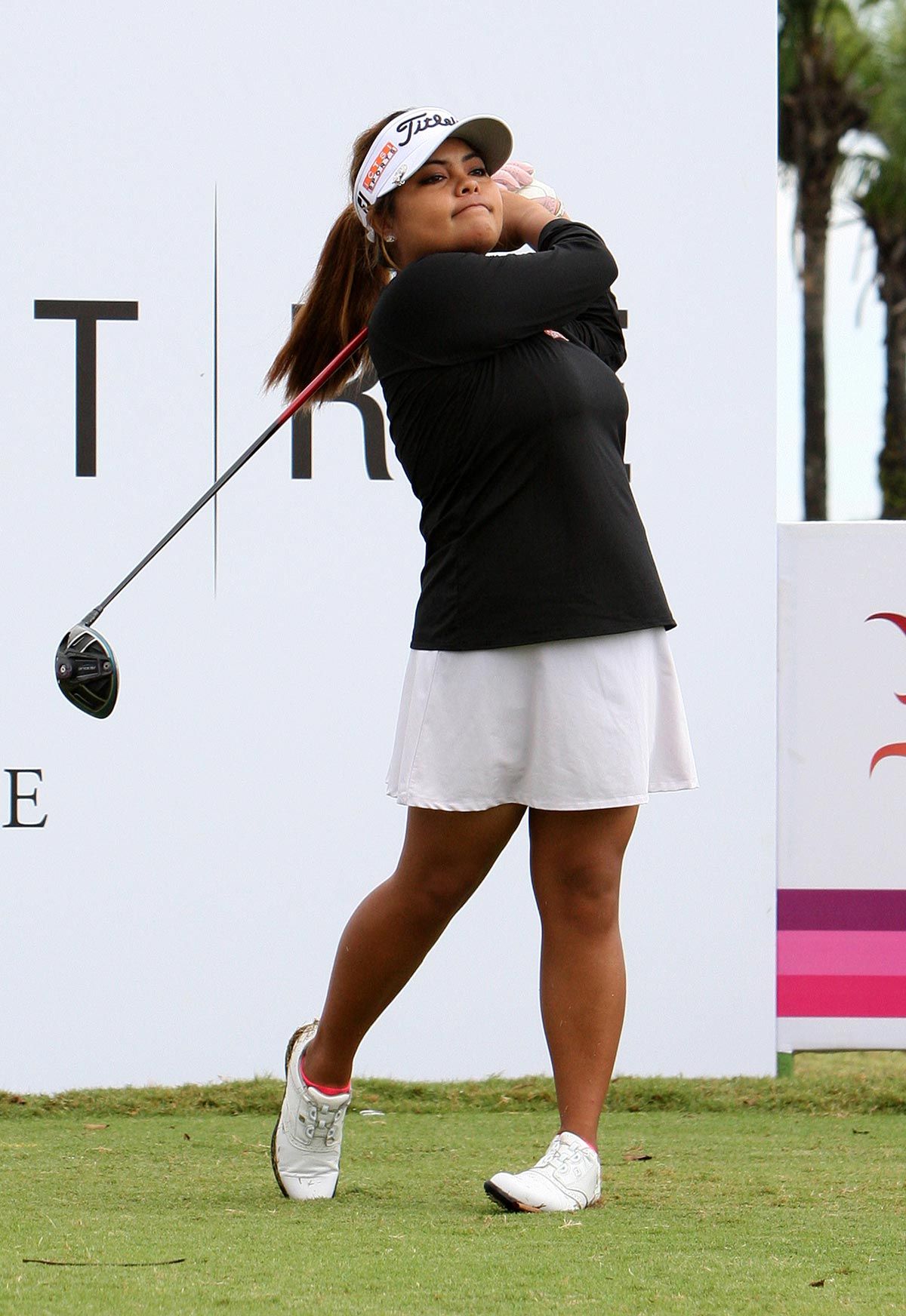 But, Ardina is not fading gently into the night. There’s still a lot fight in this 26-year-old.

“It’s just a temporary setback,” she said in recent interview with Philippine Star. She vowed to be back in the Symetra Tour to again earn her card.

She also said she will play LPGA events where she is qualified, although she may have to take Monday qualifiers in some of these.

She is also preparing for next year’s Tokyo Olympics with Yuka Saso, after they kept their spots at No. 47-48 in the current Olympics Golf Rankings.

Indeed, there’s no respite for Ardina. The challenges just keep coming. But that she thinks the setback is temporary already puts her one step ahead.