PEBBLE BEACH, California — Jason Day received a warm reminder on Friday (Saturday, Manila time) at Pebble Beach how good it feels to hit shots the way he wants, make a bunch of putts and see his name high on the leaderboard.

Day made two long birdie putts across the green, holed a 40-yard wedge for eagle on the dangerous par-5 14th, made a couple of big par saves and moved into contention with an 8-under 64 in the AT&T Pebble Beach Pro-Am.

He was two shots behind Nick Taylor of Canada, who birdied four of his last five holes at Pebble Beach for a 66 to take his first 36-hole lead on the PGA Tour.

"I feel like it's been a long time since I've actually been out there and felt the way that I felt out there today and played well like that," Day said.

Defending champion Phil Mickelson also got in the mix with aburst of four straight birdies after the turn at Monterey Peninsula. He made bogey on the long par-3 ninth to finish his round of 7-under. He was three shots behind. 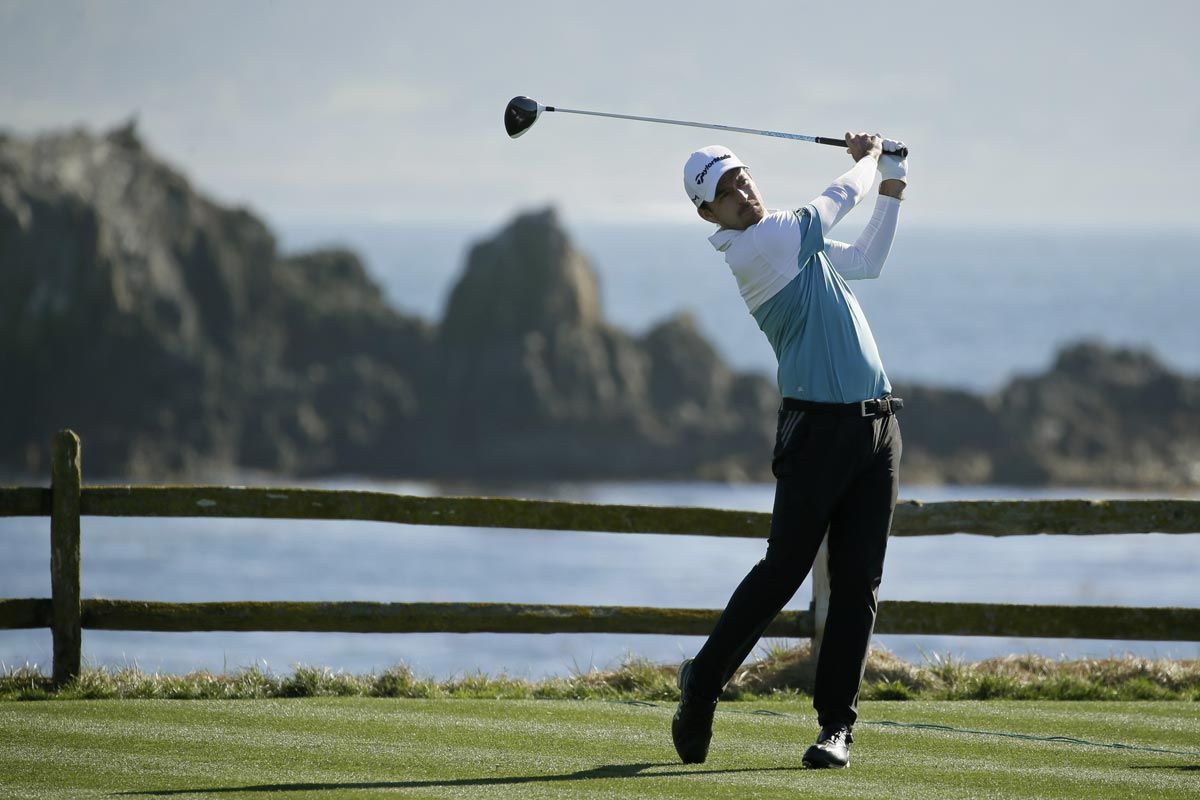 Mickelson has not had a top 10 on the PGA Tour since winning at Pebble Beach last year, though he finished third last week at the Saudi International and carried a little momentum into the event he has won five times.

Day knows the feeling. Since last year at Pebble, the former world No. 1 has recorded just three top 10s, none since last June. He has not seriously contended. His back troubles have been so frustrating that at times he wondered how much longer he wanted to play. He described those at "dark times."

His outlook Friday was as bright as the sunshine over the Monterey Peninsula, at least until a light marine layer or parts of the courses lowered the temperature.

Day birdied the par 5s and made a 45-foot putt from the fringe on the par-3 fifth at Pebble. He holed a 50-foot birdie putt on the par-3 12th, another bonus. And then he surged into contention by holing out for his eagle on the 14th, and following that with a 15-foot birdie on the 15th.

There's still one more round before this tournament played over three courses takes shape, and there's no better place to be in relative calm than Pebble Beach.

"If you have really good weather, you can go low at Pebble," Day said.

That's what Taylor did, making birdie on all the par 5s for his 66. Ditto for Chris Baker, the 33-year-old PGA Tour rookie who played Pebble Beach for the first time in a practice round Wednesday, and really had a blast in his round of 64 on Friday that put him four shots behind, along with Charl Schwartzel (66 at Pebble).

Of the top five players, only Mickelson was not at Pebble Beach.

Monterey Peninsula played about two shots under par, while Pebble's average was nearly 1 under. Spyglass Hill was nearly a stroke over par, so it was no surprise that only one player from the top 20 — Matt Every — was at Spyglass on Friday.

Dustin Johnson, a two-time Pebble Beach winner who finished runner-up to Ted Potter Jr. two years ago, appeared to be hitting his stride with great control of his irons and usual power off the tee. He lost a little ground on the final hole when he three-putted for bogey from about 25 feet on his final hole at Monterey Peninsula, missing a 3-footer.

That happens on poa greens with foursomes in each group, and Johnson shrugged it off. He's used to odd things happening, even when it's not all his doing. 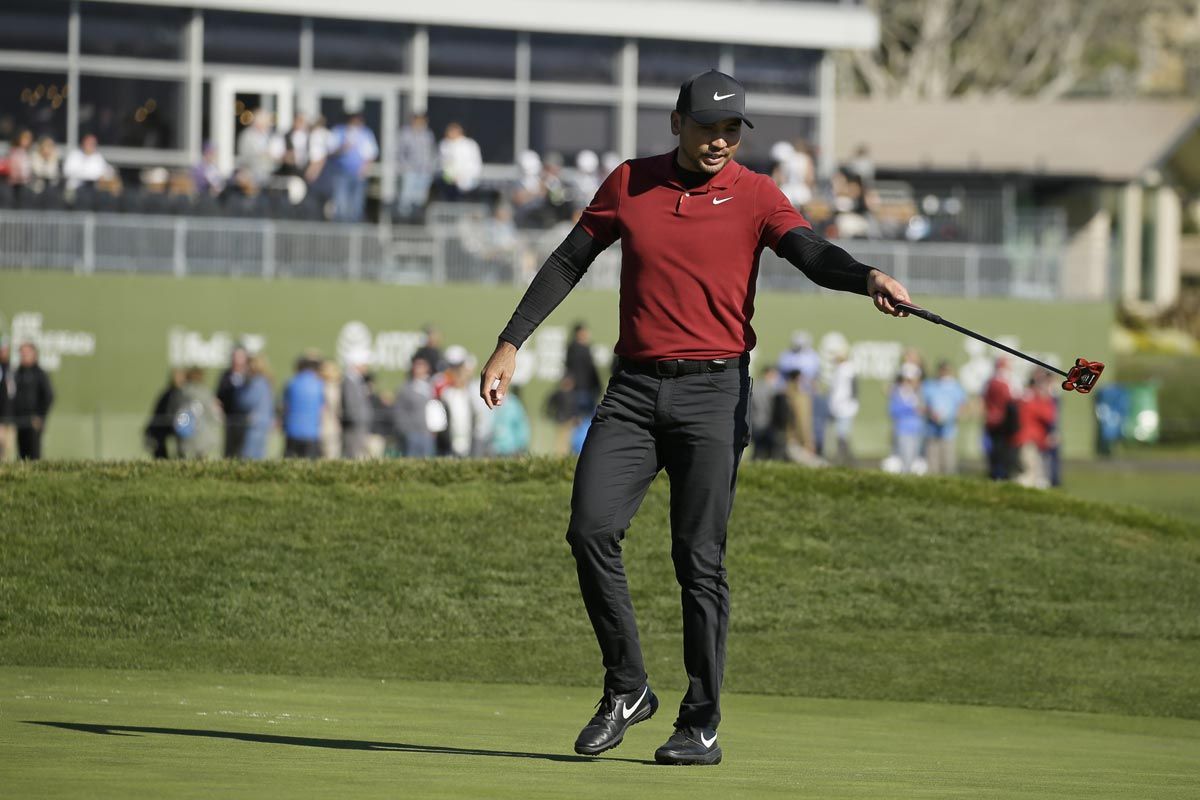 Day was feeling particularly optimistic, especially after the year he had. His back gave him so much trouble that one of his routines is to blow into balloon for some 20 minutes to help get his rib cage aligned properly. He used to spend hours chipping and putting. He found it a small victory when he was able to putt for an entire hour.

"It's hard because ... you expect so much of yourself, and everyone does," Day said. "But sometimes when you're injured, like for the most part I was all last year, it gets frustrating. And not only do you get frustrated, you don't get the results and you lose confidence and then you're ... just trying to find a solution into why I'm not playing well and why is this happening. And you feel like your world is kind of crumbling.

"It's not a good feeling because there's some dark moments in there that you got to kind of fight through."

There were no dark moments Friday, not in weather like this. Day and Taylor now move over to Spyglass Hill on Saturday morning, while Mickelson, Johnson and the celebrities head to Pebble Beach.